Taking from the Nordic lord of thunder, the Zeblaze Thor 5 Pro smartwatch aims to rule mighty with a lightning-fast performance while making a roaring thunder impression. Will it fulfil the prophecy or be dismissed as a myth?

When I was around 10, I vividly remember my older cousin’s watch: it looked like a regular digital watch but it actually packed a game akin to the classic Nokia phones’ Space Impact. Sure the watch’s game was not as detailed and even lacked sound but I’ll be damned if it wasn’t cool and definitely tingled my inner geek. You might also understand why as it was in the early 2000s when smartwatches was a passing thought of futurists and even until now, I failed to find my cousin’s exact watch. However, with the advent of smartwatches, my dream of having being able to have a cool, gaming-compatible watch came true. Today, in this review, we’ll take a look at such a watch - the Zeblaze Thor 5 Pro.

The tech and specs 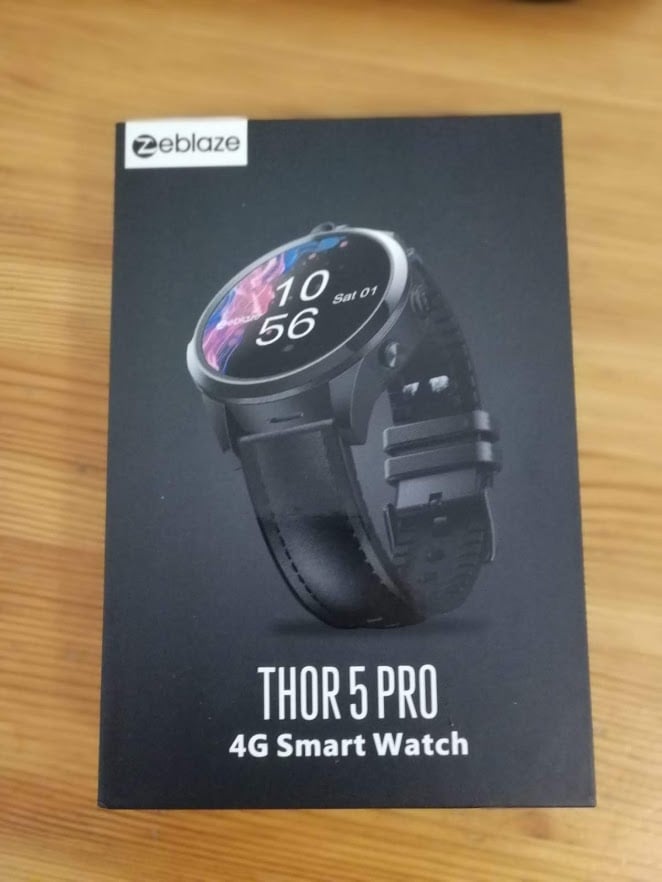 Below you'll find the main specs details but if you want further information, you can check out the official webpage:

A Gaming Watch (Not Game and Watch)

This classic-looking watch does not run on Google’s Wear OS but rather, it packs full-blown Android 7.0 with a skin of its own. This means - and you’ve guessed it - the ability to install games and apps to play right off your wrist! Granted, the screen is small but for casual and some retro games, it’s quite decent and will help you get through waiting lines at your favourite coffee shop or during your commute.

However, that’s in theory because in practice, the screen rotates vertically when launching games, making them quasi-unplayable from the wrist (interestingly, I did not come across this issue when launching messaging or news apps). You’ll have to unstrap it and hold it in your hands to play, and while this might give you access to both hands to play more comfortably, it shattered my childhood dreams of playing right off my wrist. 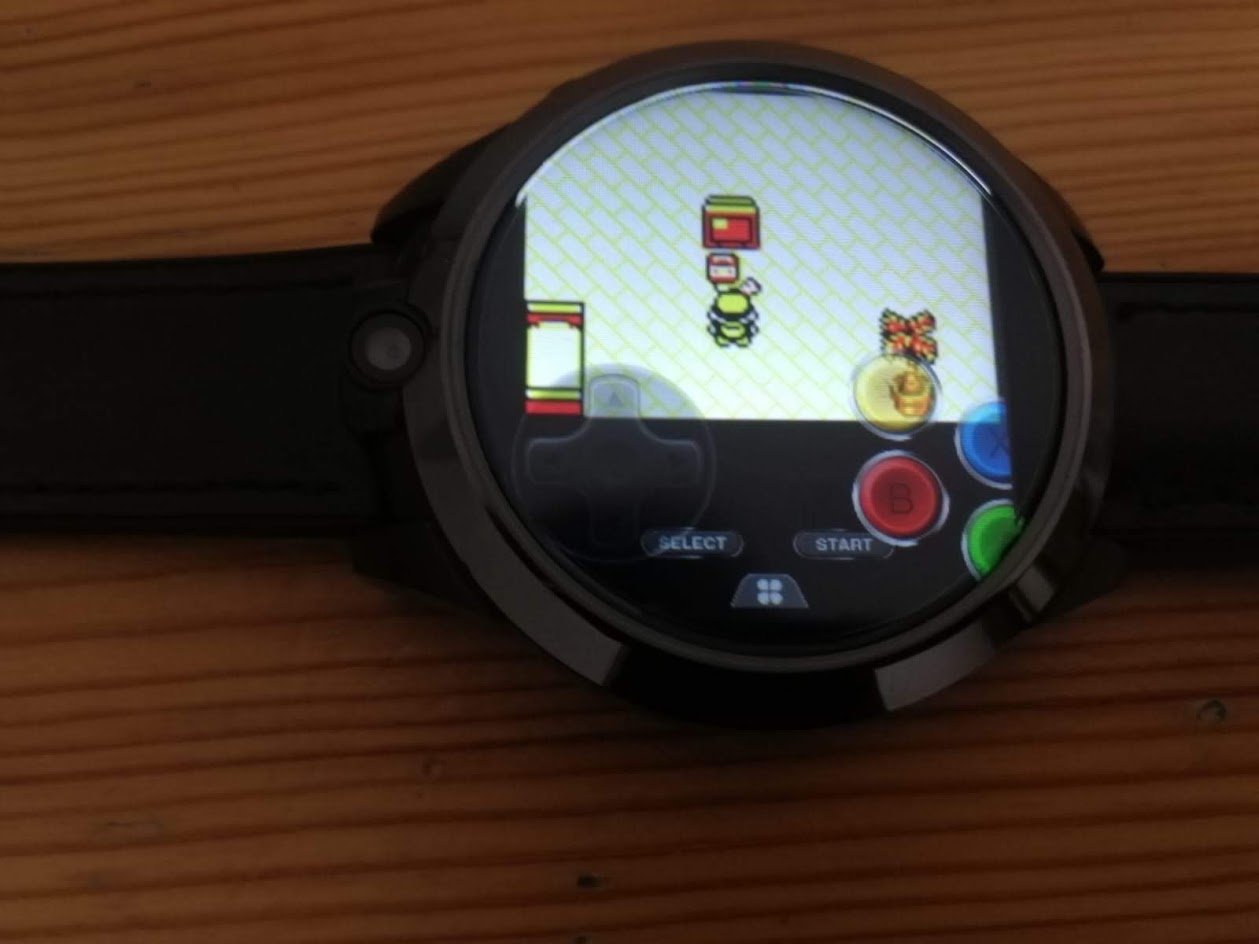 Nevertheless the Zeblaze Thor 5 Pro does run games like Temple Run and older emulators like the Game Boy with no issues. The screen is also an issue as the games don’t scale to the watch’s round screen. To remedy this, the device does pack a handy feature to have the screen squared off but this makes things look smaller than they already are. For touch-based games like Crossy Road, you can use the device on its own and it’s actually quite enjoyable. However, you might have a better experience with emulators by pairing the smartwatch with a Bluetooth controller. Of course, it’s not ideal but it goes to show that if you want it, you can turn the Zeblaze Thor 5 Pro into a retro console emulator that fits on your wrist.

More than just a watch

For those who want to use the smartwatch as an actual watch, this one does have an always-on feature. Be mindful that this drains the battery like crazy, killing it in about 6 hours with just this feature enabled and no other use. If you want to play it safer, you can disable this function and rely on the one that lights up the screen only when you flick your wrist.

While the built-in 800mAh battery does allow the watch to be charged quite quickly, it doesn’t do it much favor when it comes to performance-heavy tasks. Browsing the net, playing games or, if you dare, watch a video, will torture the battery to death. However by using it moderately like switching the wifi on/off, you can easily get a full day of use out of the Thor 5 Pro. Ultimately, the battery life all depends on your usage but the device would definitely have benefited from a battery with a bigger capacity. 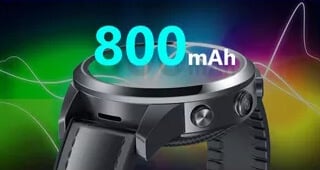 Oh, and did I mention that you can actually load this bad boy with a nano SIM? Well you can and it supports 4G networks. Doing so can potentially make this a standalone replacement for your phone should you want to travel light or want to express your hipster self. SMS, voice calls, video calls and internet data - it’s all there. For calls, you might not want to advertise your private conversations openly, so better pair it up with a pair of wireless earbuds or for an even more futuristic approach, a smartglass like the Mutrics to talk privately. As for video calls, yes, it’s also possible thanks to the built-in dual cameras (5.0MP + 5.0MP). The selfie camera is on top while the “main” camera is side-facing which gives an odd angle of taking pictures, especially if you wear the watch on your right wrist. It would have been better placed at the top. Both function better during daylight and very bright lighting conditions due to their small aperture. Picture and video taking is also possible but won’t win you any photography awards but are definitely nice-to-have features. 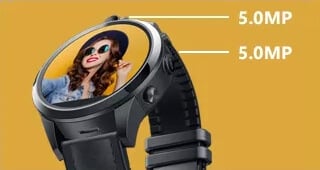 However, cellular signal drains the battery further, so you might instead consider using the Thor 5 Pro as an add-on to your smartphone. Pairing it with the WiiWatch 2 app (unfortunately no compatibility to the Nintendo Wii) will mirror all notifications from your phone and alert you without having to reach out to your phone in your pocket.

So what should you use it for? It works fine as an add-on to your smartwatch for notifications and light use like news browsing or for voice commands like asking the Google Assistant about daily news or directions to the nearest brunch place. You can also use it as a fitness tracker with its built-in fitness app with a number of activities from running to soccer to rope skipping. It tracks the usual gamut of number of steps, heart rate, distance covered and calories burnt. I’ve also downloaded Sleep As Android to the watch and use it to track my sleep so that it can wake me up at the most optimal time for a fresh morning start. Additionally, I’ve found its speakers to be quite decent and use it to listen to some podcasts in the morning or call up my Google Assistant to read out my day’s schedule and play the news. 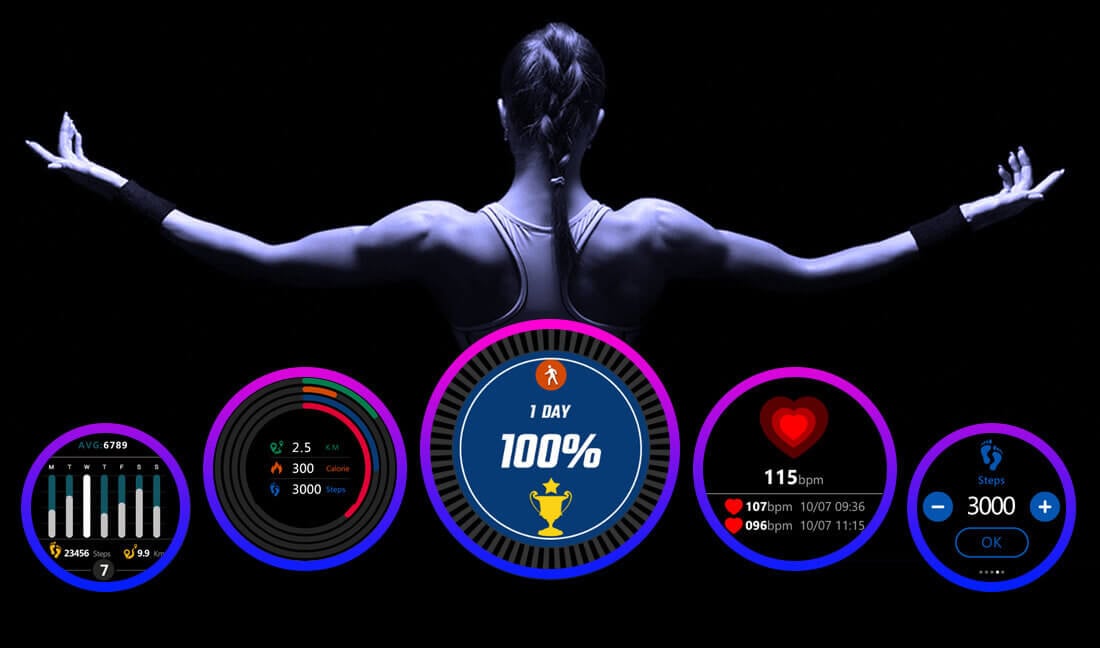 Also noteworthy is that the straps are easily replaceable and the Thor 5 Pro comes boxed with an additional dark brown leather one. Additional customization also comes on the software side where you can change the watch face and also the menu’s look. While it does look bulky, it’s not as heavy as it looks but for thinner wrists, it might not be the most aesthetic wearable. 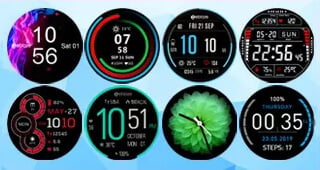 Even with all of its caveats, the Zeblaze Thor 5 Pro does give a nice experience as an add-on to a smartphone with its crisp screen and full Android features. Certain features like a better battery and better optimization for games on the screen would have made for a much better experience. That said, its Quad Core MTK6739 1.25GHz chipset supplemented by the 3GB RAM and 32GB ROM does make the Thor 5 Pro run fluidly and I did not see any noticeable lag or performance issues during regular use.

Interested in getting your very own Zeblaze Thor 5 Pro? You can get one from Cafago’s Store here!

On top of that, GBAtemp readers get a special discount! Details are as follows: 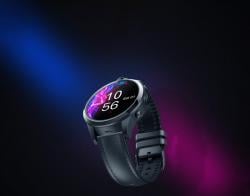