Official Review: Yu-Gi-Oh! Legacy of the Duelist (Xbox One)

It’s time tempers… to review the latest entry in the Yu-Gi-Oh video game series! Did you expect a different kind of intro? I know what you were thinking... and I don’t go for the cliché’s.

I’d like to start by talking about the biggest selling point of this Yu-Gi-Oh game. The campaign mode is just awesome. Legacy of the duelist is exactly what the title implies. A legacy. The legacy of every Yu-Gi-Oh protagonist, all handed to you in one cheap package. You can take on the role of Yugi Moto, Jaden Yuki, Yusei Fudo, and all the future protagonists of the franchise.

The stories parallel the anime/manga adaptions of each respective story, allowing you to play through the duelist kingdom and domino city in the original Yu-Gi-Oh, to taking on Yubel and the sinister Evil Hero cards in the GX storyline.

All duels allow you to play either with the respective protagonist/antagonist characters deck, or allow you to take on the story line with your own structured deck as well! (For all you little crazies that want to break canon and bring synchro summons into the original Yu-Gi-Oh.) 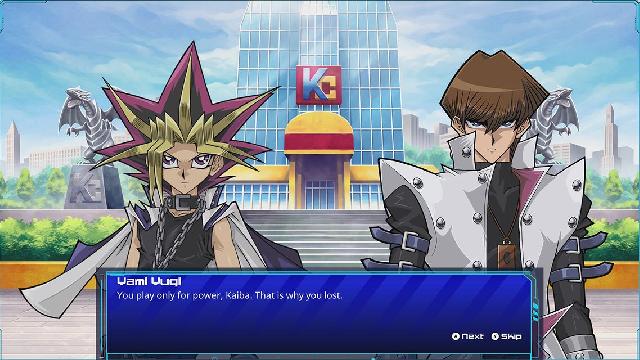 As far as gameplay goes, it all stays true to the original games. All the rules of Yu-Gi-Oh are followed, and it all flows smoothly. It actually feels much quicker than previous entries, with AI reaction being much more on the spot than in previous games. Frankly, this was a relief, as past entries were guilty of AI taking minutes just to complete a turn.

Victories will award you battle points, which can be spent on new packs in the card shop, as well as signature cards, avatar unlocks, alternate duel stories (such as being able to play as Pegasus vs Yugi, instead of vice versa) and more.

Signature cards are rewarded cards that you can add to your own extra deck. They tend to be famous cards from key characters in the story, such as Kaiba’s precious Blue Eyes White Dragon.

There’s an enormous card set to choose from this time around, with over 6,600 cards available to create a multitude of deck opportunities! 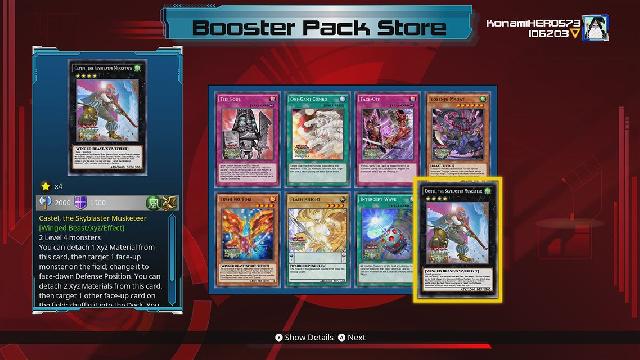 And in case you don’t feel like playing against the classic villains and their decks, the new sealed play mode allows you to purchase a set amount of card packs, and then create a deck from those booster packs to take on CPU’s. It’s a really cool way of teaching yourself to be more versatile with card sets, and is great for strategizing.

But of course, let’s not forget the real challenge and fun of this new Yu-Gi-Oh title, online play. Online has casual free play modes, as well as ranked battle, which allows you to keep track of some of the top duelers in the world. Online follows similar rulesets to the regular TCG tournament rules, so rest assured you won’t have to face trolls that have loaded up their decks with forbidden cards. That being said, there are also modes that allow you to check for forbidden cards to activate, so no need to worry about rules getting in the way of your fun in free play.

As far as other aspects of the game goes, the graphics aren’t anything special, and there isn’t any voice acting involved, which is kind of a letdown for all the story content. Either way, it shouldn’t be enough to upset any dedicated Yu-Gi-Oh fan in the long run.