Up for review is the XIDU PhilPad 13.3” convertible. This upgraded version of XIDU’s laptop/tablet hybrid is marketed for on-the-go productivity at an affordable price-point. Let’s take a look!

Shenzhen-based emerging company XIDU revisited their 2-in-1 convertible Windows tablet, the PhilPad, boosting its specs while keeping it at an affordable price point. Costing $395.00 USD at the time of writing on the official online store, the 2019 version of the PhilPad improves on its predecessor with more storage and a speedier CPU; an Intel E3950 Quad Core CPU, 6GB RAM, and 128GB ROM compared to the previous model's Intel N3350 Dual Core, 6 GB RAM, and 64 GB ROM. For details of the specs, check out the image below: 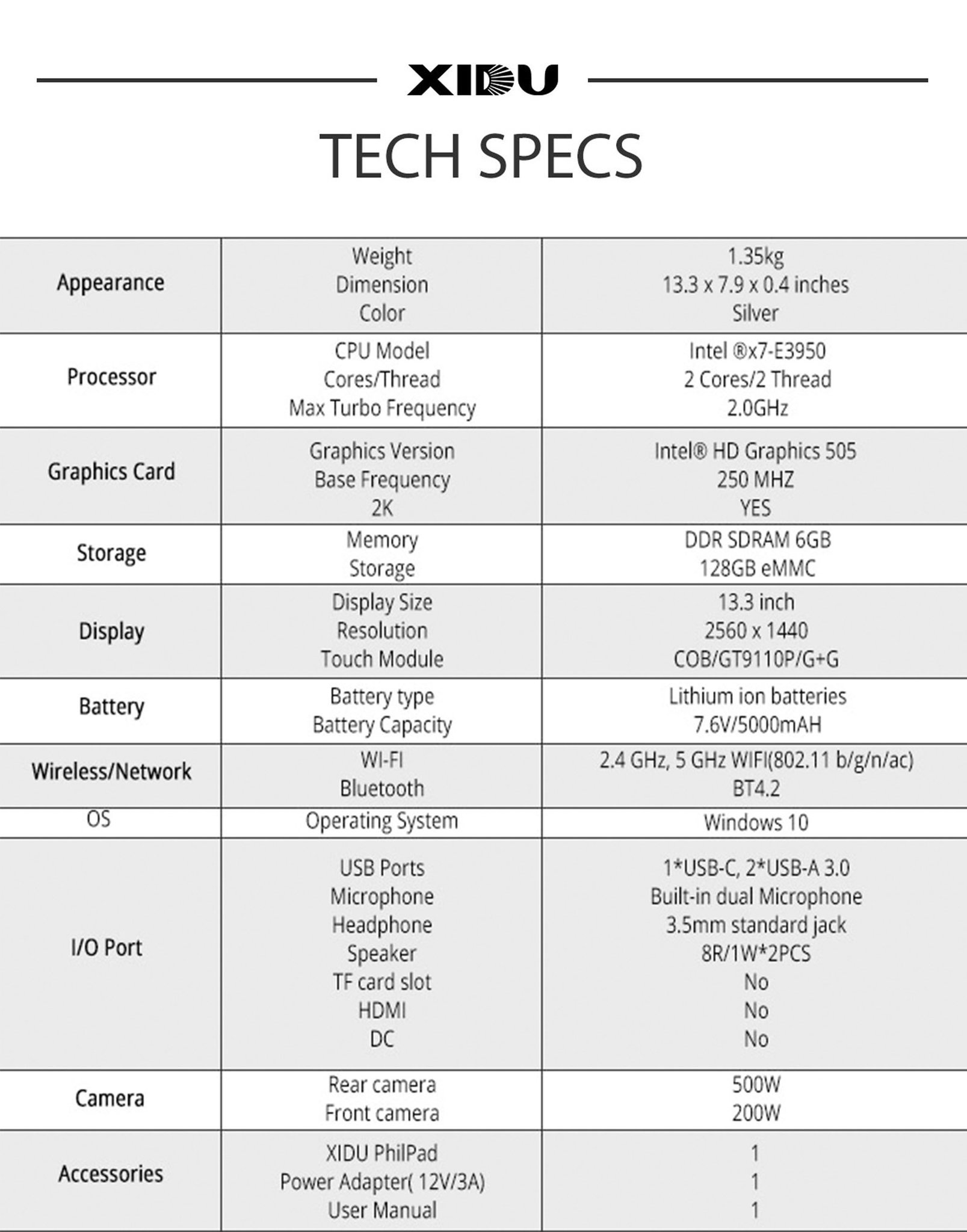 Sure at this price tag, one could get a second hand Surface, but the brand-new XIDU PhilPad comes with all accessories, one year warranty, and the bragging rights of being its first owner—it's neat to just be the only person you know to have one. 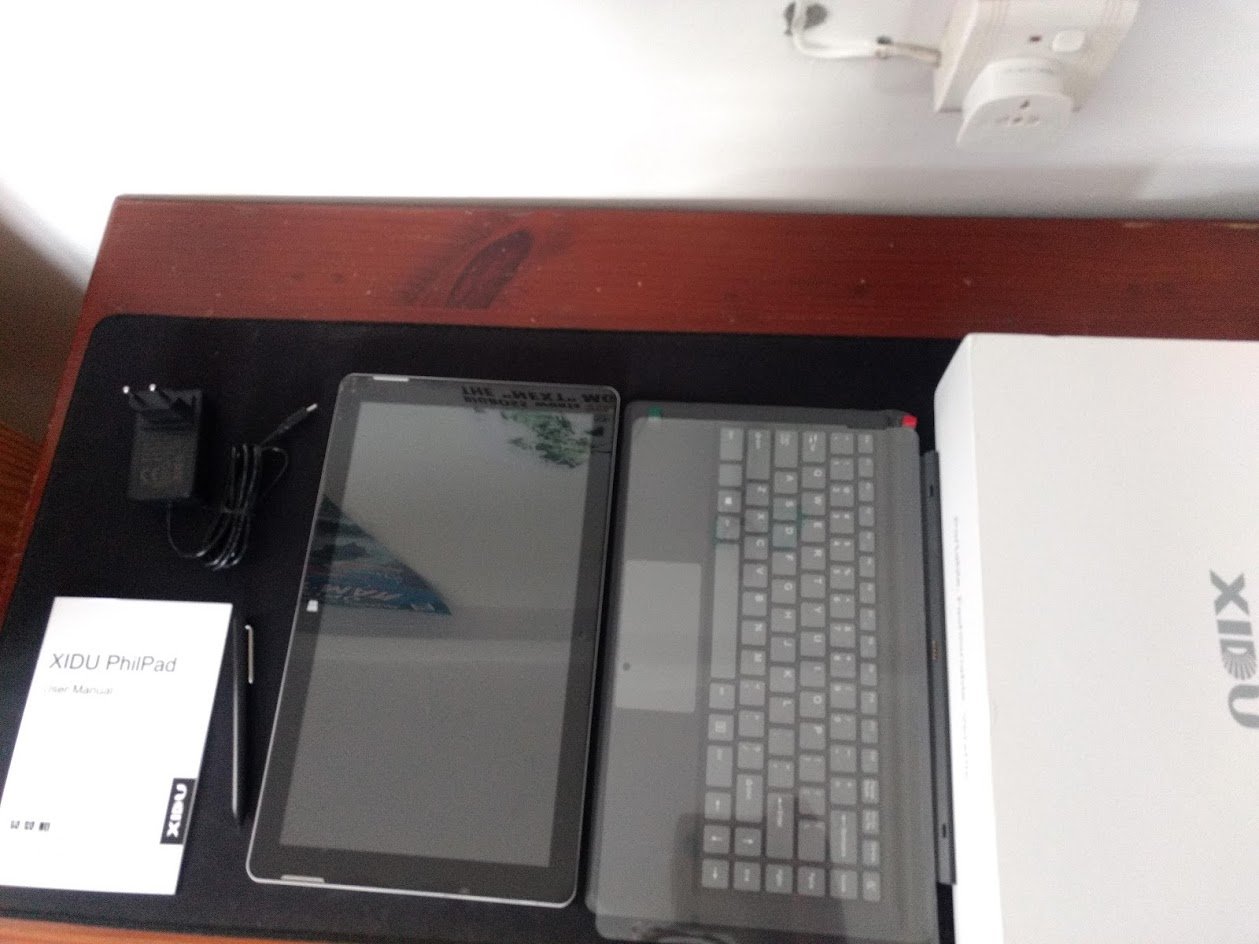 Out of the box, you’ll get the following:

If you’ve used the Microsoft Surface, you’ll have an idea about what the XIDU PhilPad can offer once out of the box. The device seamlessly switches between a touchscreen tablet and a laptop with its thin detachable magnetic keyboard, which also doubles as a cover for the screen. The keys have a granular finish and are quite satisfying to type with. You can also accommodate the screen to a comfortable angle by adjusting its built-in kickstand (upto 135°), behind which you’ll find a microSD card slot which can be used to upgrade the memory upto 256 GB. 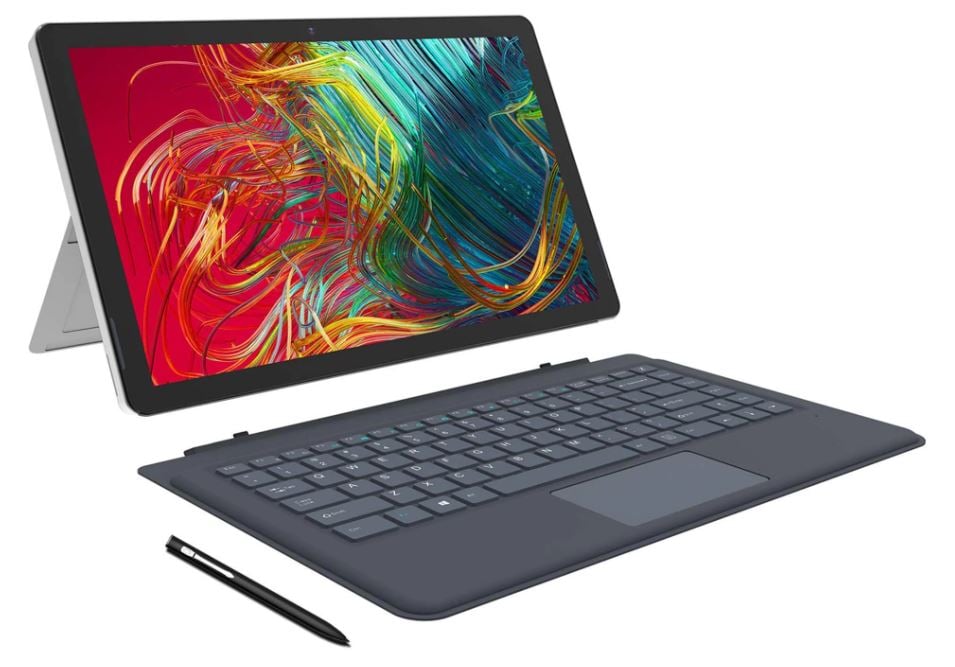 Holding the PhilPad in my hands in tablet mode, I do wish it was lighter and perhaps a little thinner (1.35 kg in weight and 13.3 x 7.9 x 0.4 inches dimensions). However, with time I got used to the weight and barely notice it after I detach it from its keyboard and lie on my bed to watch a YouTube video or scroll through an article. Also apparent when holding this piece of tech is its build quality. With its aluminum alloy shell, the PhilPad sure feels like a premium product.

Its QHD (2560*1440 IPS) 13.3” screen displays crisp image and is more than adequate for browsing the net, streaming videos, or reading an article. Of note, the screen is oriented in a landscape mode with its width shorter than its length. This took me some time getting used to and I found it to be a plus to watch videos with these dimensions.

One feature that I love about the PhilPad is the USB-C port. More than being a universal charging port, it also opens its doors to accessories like hooking it up to a monitor, and really boosts productivity. It also houses two USB 3.0 ports which are enough for connecting a mouse and leave another one free for USB storage, a controller or whatnot. 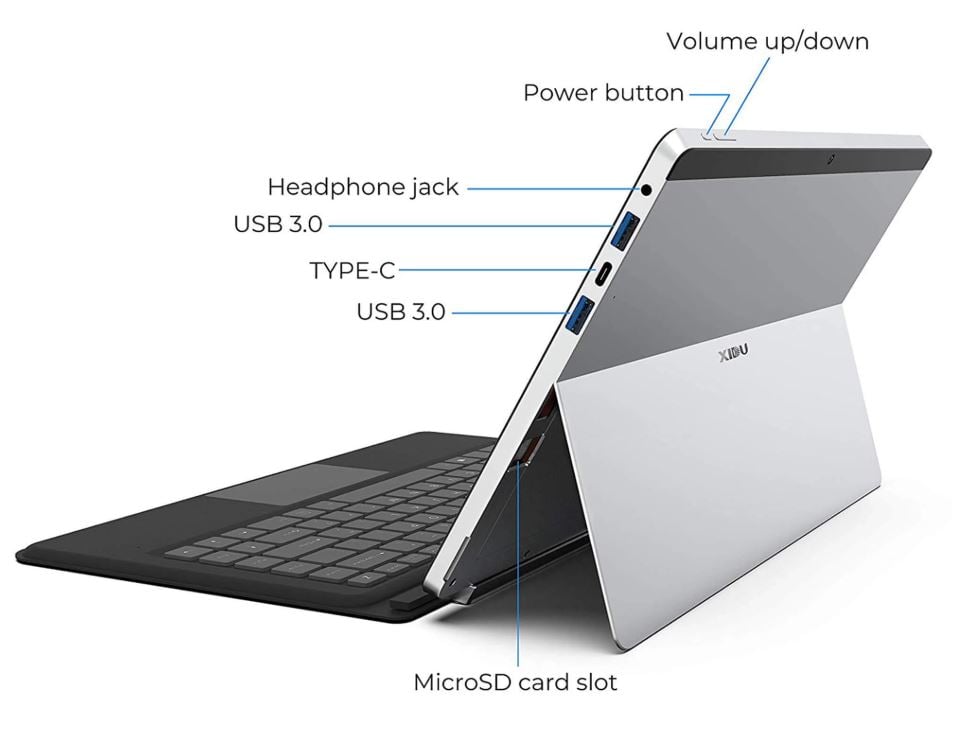 There are also two cameras, a 2 MP one in front and a 5 MP one at the back which are… serviceable at best. For quick video calls they should be fine but don’t expect to photograph your next wallpaper landscape with those. Also deplorable are the built-in, front-facing speakers I’ve heard audio coming out from. Fortunately the PhilPad sports a headphone jack so that you can output audio through your best earphones or even connect your favorite Bluetooth speaker to it.

Of course, with an Intel E3950 CPU and an Intel HD graphics, the PhilPad isn’t meant for heavy duty work. That being said, it’s more than enough to perform regular processes like handling Microsoft Office, web browsing, and video/music streaming. It’ll even handle less graphically demanding games like Hyper Light Drifter without any issues, but don’t expect higher end games to run on it. With its touchscreen and included pen (functions with one AAAA (4 x A) battery - not included), it’s a great note-taking companion or to annotate documents, and will definitely come in handy for students. Its 5,000 mAh battery provides enough juice to handle all those operations and can last up to 8 hours on a single charge. You can have an idea about its performance in the video below:

My experience with the XIDU PhilPad (2019) has been a rather favorable one. Despite the obvious low specs, it performs as it was designed to: as a productivity device. I’d recommend it for students and people who don’t need a really powerful (and more expensive) laptop for their daily computer needs. They’ll have the added bonus of a highly portable and convertible device which won’t break the bank.

Interested in getting your very own XIDU PhilPad (2019)? The company has been kind enough to provide coupons to all of our readers and are valid till 23:59 PDT on November 30th, 2019. Check them out below: 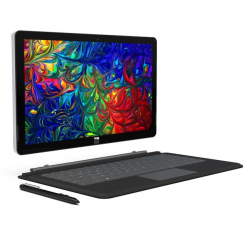