The Wearbuds by Aipower offers a 2-in-1 solution for all of you tech enthusiasts out there: wireless earbuds and a fitness tracker. It was successfully crowdfunded and has started to ship out. Is it as revolutionary as it sounds? Let’s take a look!

Wireless earbuds are among the hippest tech out there. They fit in your ears, provide decent audio, feature cool touch controls and best of all, there’s no tangling wires! However, one of the major hiccups of the evolution of earphones is the must-have add-on charging case. While being crucial, this add-on is considered by many as a hindrance as one has to carry it wherever one goes for extended periods of time at the risk of misplacing or worse,losing them. To address these 21st century woes, Aipower came up with an ingenious solution: why don’t we strap the charging case around your wrist and at the same time slap a screen onto it so that you can track your activity? That’s basically their elevator pitch for the Wearbuds which we’ll take a look at in this review.

First, let’s take a look at the contents and specs: 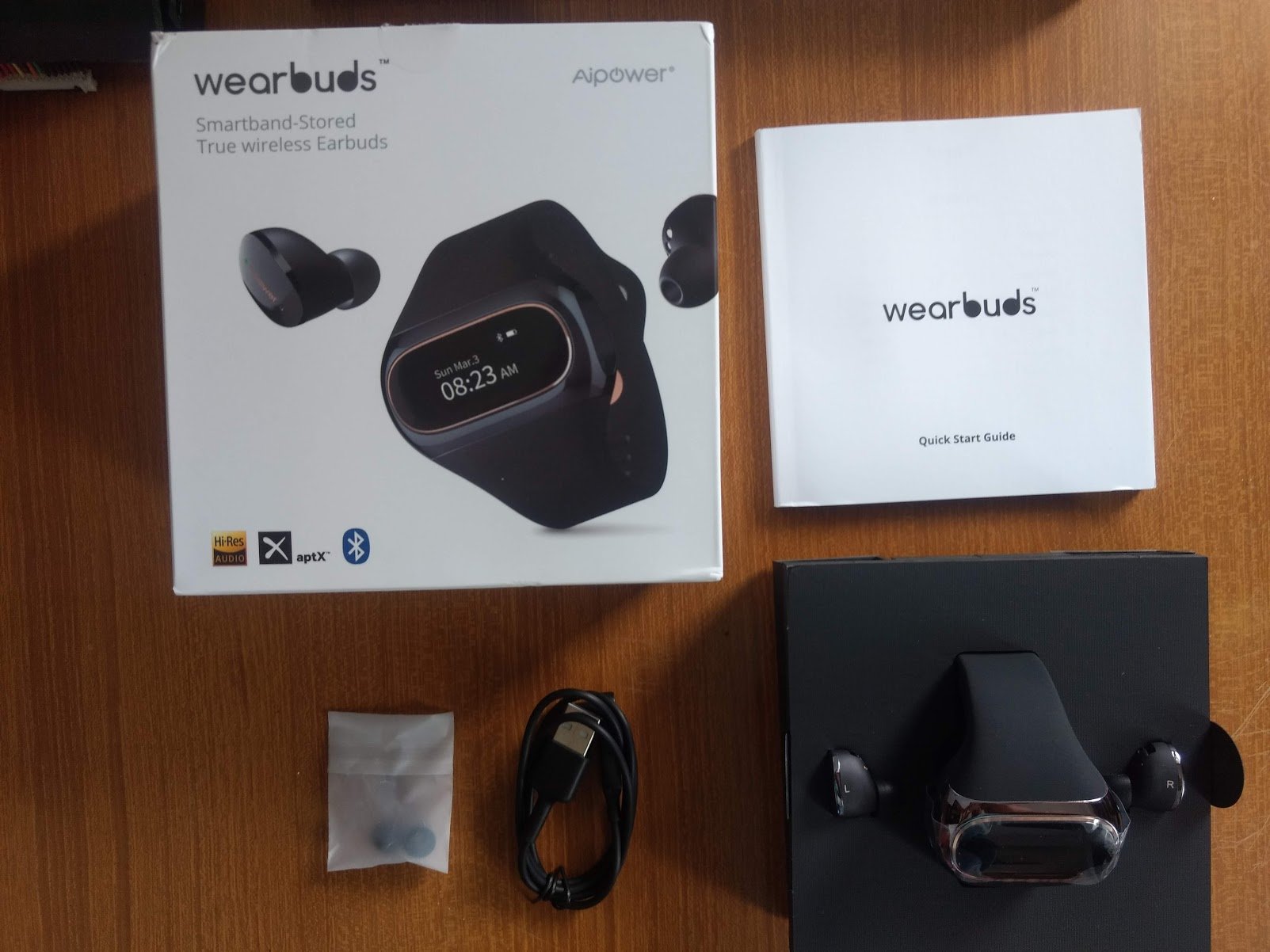 As pictured above, out of the box you’ll find:

Now for the specs:

On paper, the Wearbuds was engineered with much thought given to it but in practice it’s quite a different story. We’ll go through the positive aspects first. 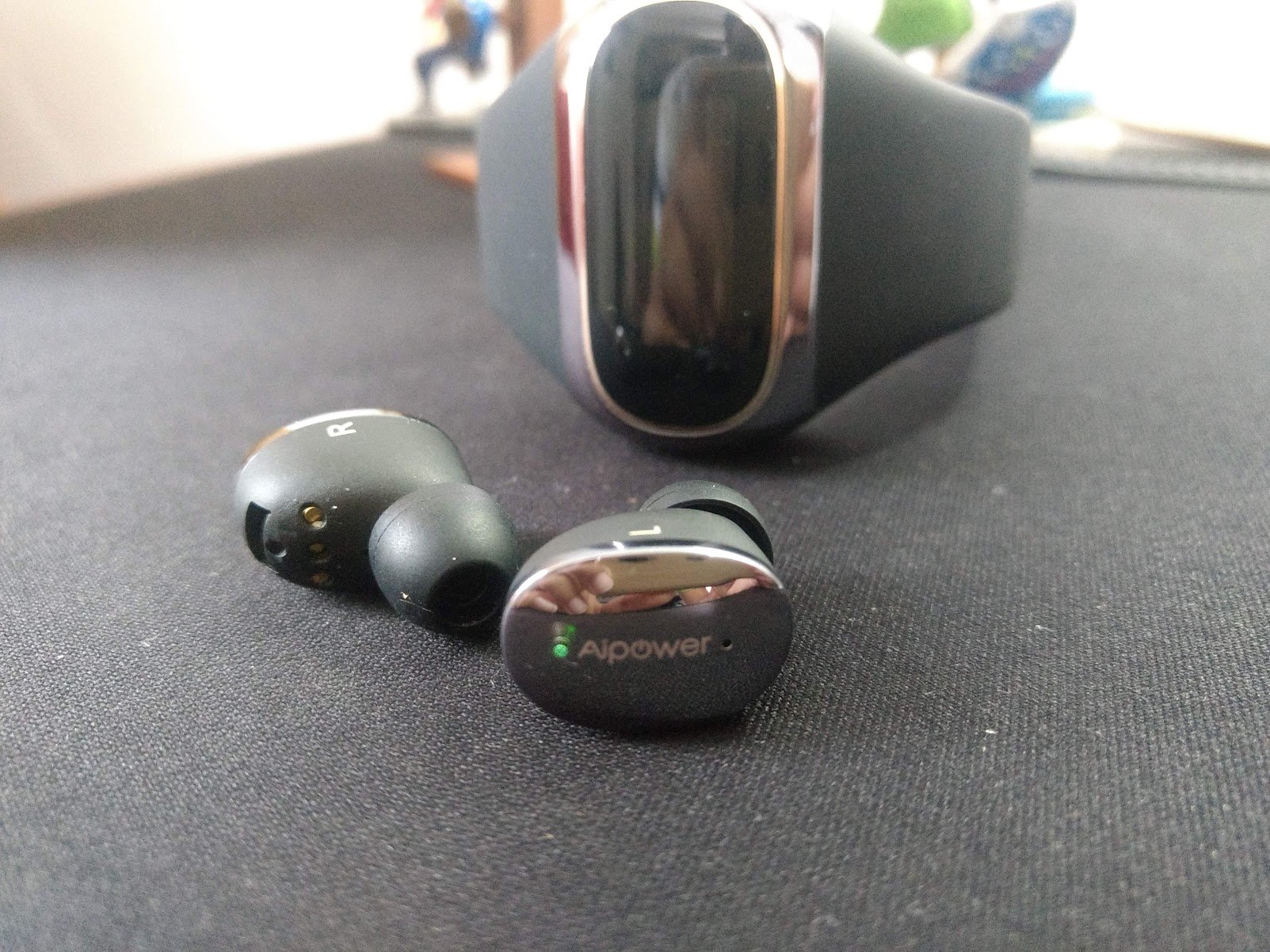 As earbuds, the Wearbuds function great. With its Qualcomm audio chip and aptX support, it provides stable and clear audio of very decent quality across a range of sounds. Equipping them during my running routine, I'm bobbing my head to the tunes of my playlist from the heavy riffs of System of a Down to the mellow tunes of Low Roar that they flawlessly output. Pairing it over Bluetooth to listen to music, podcasts, videos and even playing games provides an enjoyable audio experience similar to what I came across with the Anker Soundcore Liberty Air or the HyperX Cloud Earbuds.

Unlike the Anker Soundcore Liberty Air, I had a much better experience with Wearbud’s touch controls. They are very responsive and allows you to control volume, skip tracks, answer/reject calls and even fire up your Assistant/Siri via specific tap sequences. Calls are also decent as the receiving end have told me that my voice came out clear and undistorted.

I’m also not really concerned about the battery life when I’m out and about as they last for around 4 hours. And I know I can just plug them to the wrist strap to easily juice them up again. Once charged, they are easily accessible via individual spring-loaded mechanisms and you receive a notification on the screen about which earbud has been detached. 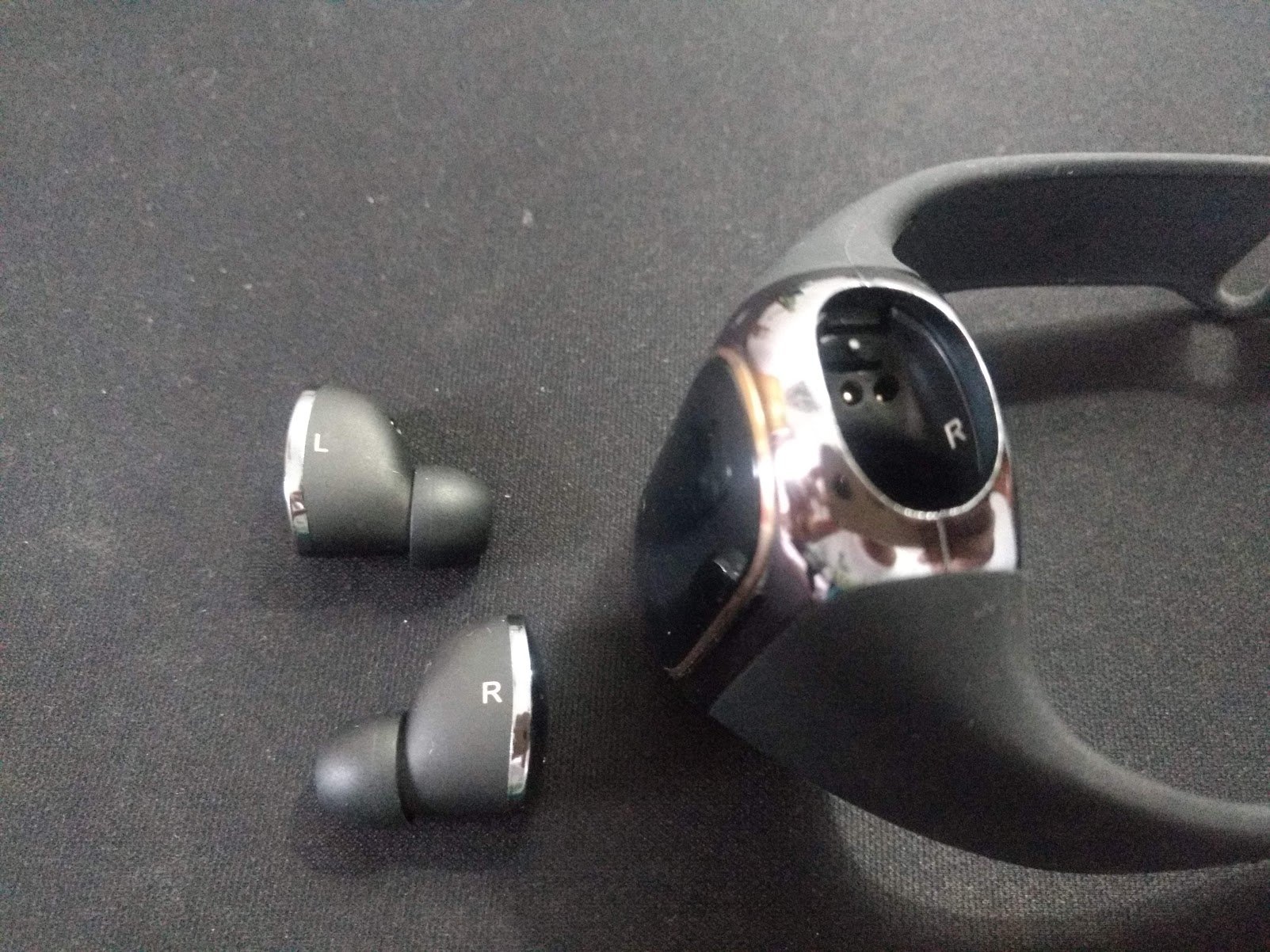 While it delivers what it set out to do, this hybrid device isn’t as autonomous as it claims to be when it comes to fitness tracking. While you can see your steps, calories burnt, heart rate, floors climbed and distance covered from the band itself, you cannot track your workouts right away. You will have to open up the companion app to start and stop tracking your workout (and there’s only three possible workouts to track at the time of writing: cycling, walking and running). Thus, for detailed tracking, you will also need your phone on you. It would have been more convenient to have the Wearbuds be semi-autonomous and allow you to track your daily run and sync it with your phone later for detailed analysis.

This also means that for using the fitness tracker to track your workout and earbuds to listen to music, you will need your phone to be within the Bluetooth range, which isn’t really ideal and should be a consideration for future iterations of the Wearbuds.

Another issue I came across was that I couldn’t sync any of my heart rate measurements, even if I can clearly see the latest one on the band itself.

One final complaint that I will add to the software side is the lack of supported apps whose notification are mirrored on the band. As of now, there’s a grand total of 8 apps, including Facebook, WhatsApp and Instagram, but other popular apps like Twitter or Telegram are missing. 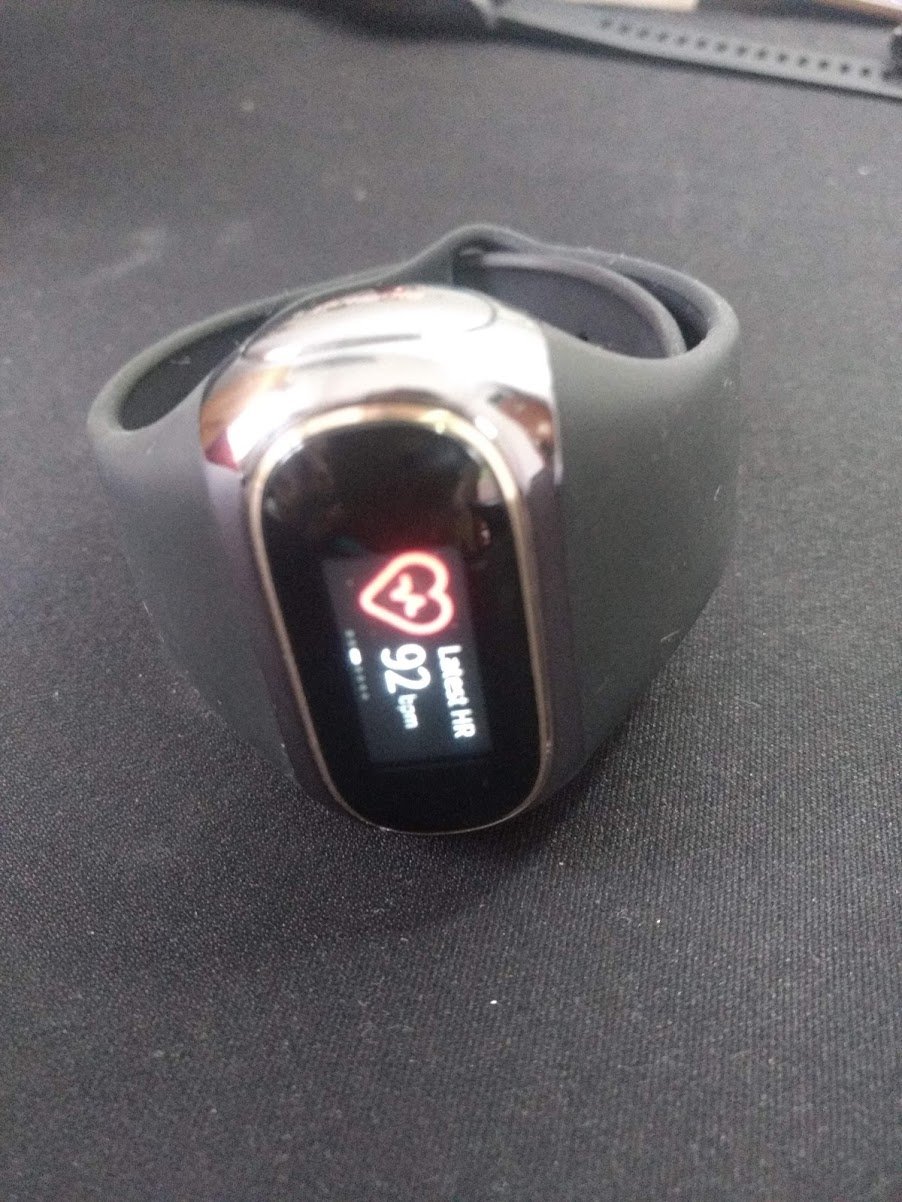 There are also some issues on the hardware aspect. Due to the nature of the strap tightening mechanism (slide one end through the loop and then lock it in place), the strap seems like it will have a short lifetime. By using it for only a few weeks, a kink has formed in my sample where the loop is. And to remedy this, you might need to purchase another strap which seems proprietary to the Wearbuds. 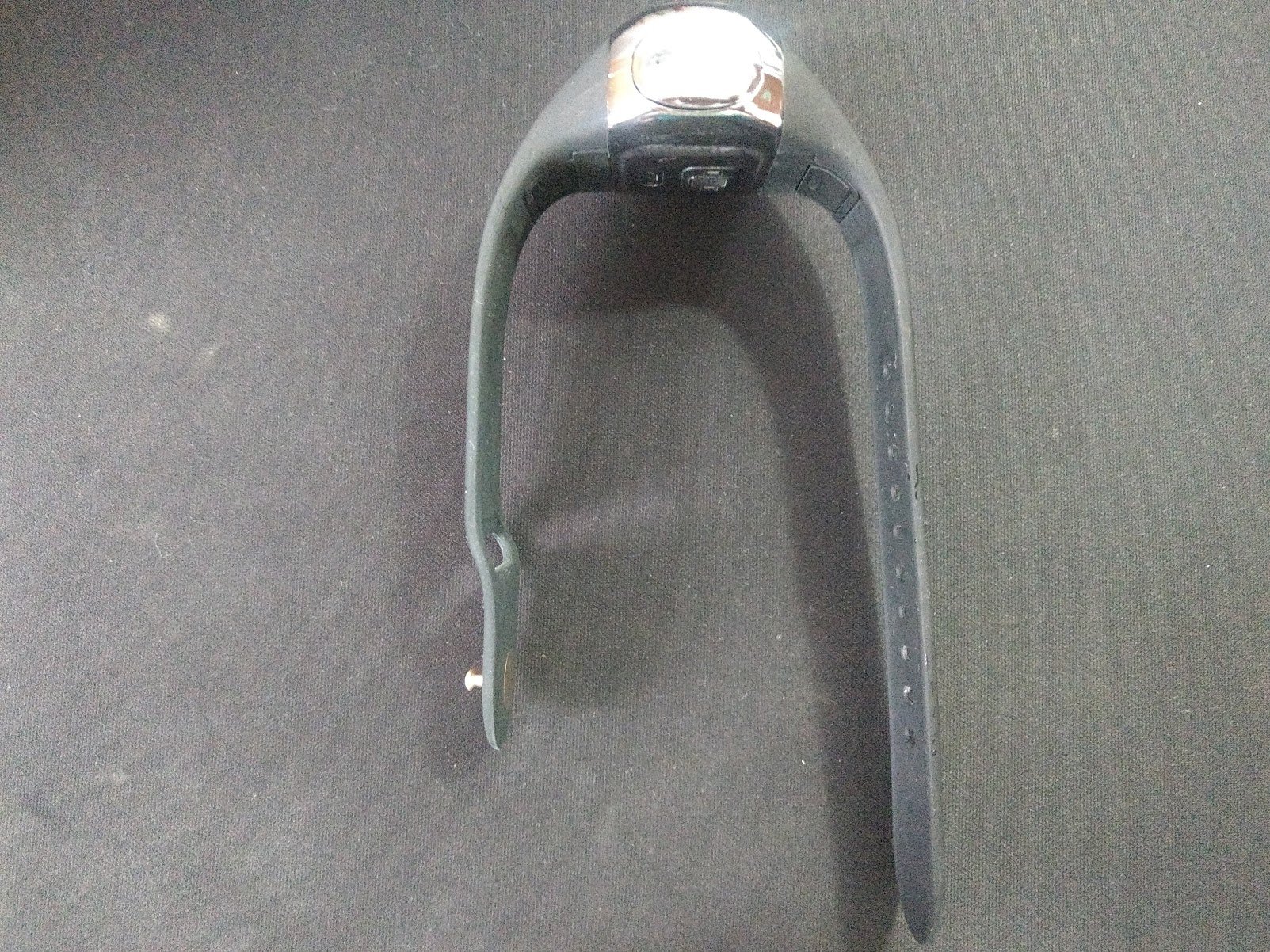 Additionally, the whole gadget itself is like having a charging case strapped to your hand, which isn’t too obnoxious when using it when you’re out and about, but using it as a sleep tracker isn’t ideal. Aipower could slim it down a bit for this purpose. 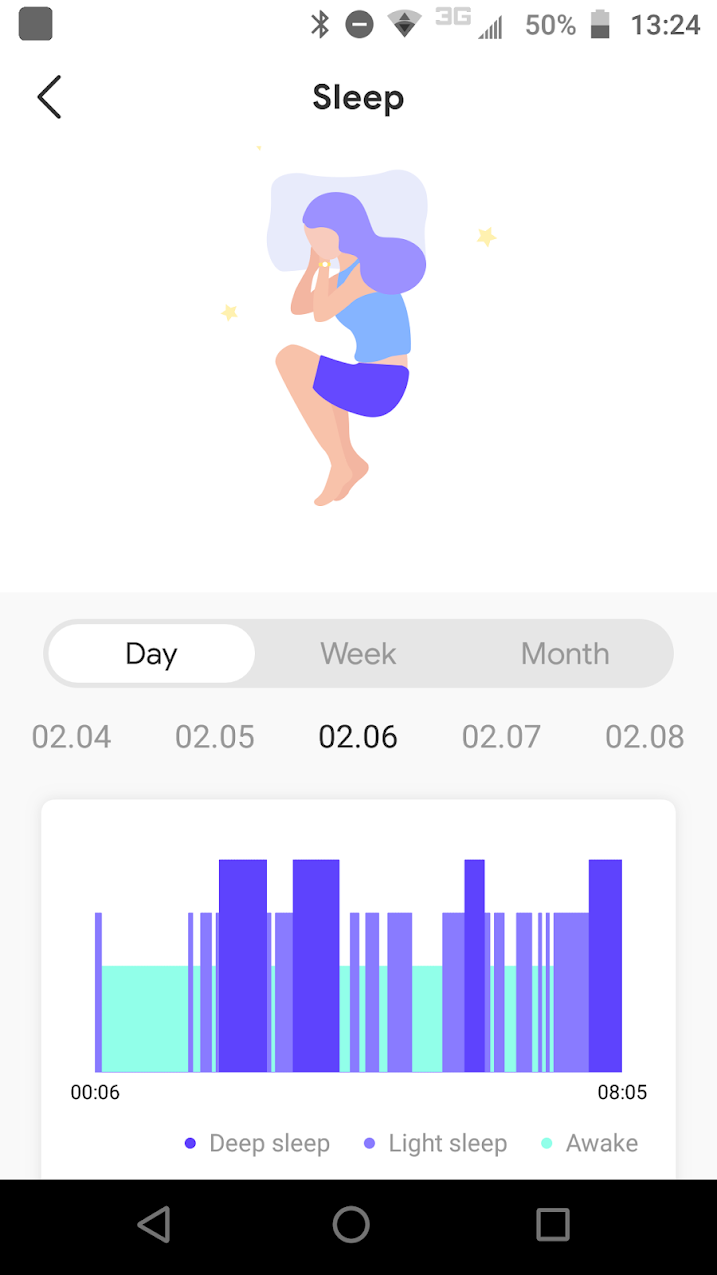 Icarus... but with DLCs

The world is sadly an imperfect place and the Wearbuds are here to remind us of that. It might have set out to achieve too much but didn’t deliver enough to wow its audience. There could be some parallel with the story of Icarus here but Wearbuds and Aipower have the advantage of being in the 21st century and this means some issues can be fixed with patches.

Since its release, the company has released some updates like fixing the issue with synching up with Google Fit and supporting some new apps’ notification. So there is hope that they will address the software issues highlighted in this review and really help towards making Wearbuds be the revolutionary device it set out to be. Until then, you should rather consider buying this hybrid device for its wireless earphones rather than for its health tracking features.

At the time of writing, the Wearbuds are priced at $180, which is quite pricey and you’ll probably find better earbuds and fitness trackers combined at that price. But if you fancy the hybrid aspect of the Wearbuds, better wait and see how it evolves with updates. 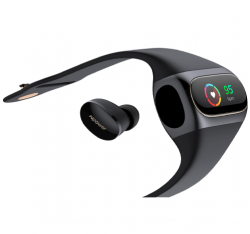