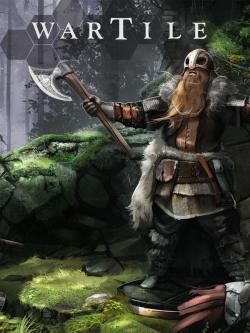 WARTILE is a neat, but rather short, strategy game with a tabletop RPG aesthetic that is set in a world heavily inspired by Norse mythology. But does the execution live up to the awesome concept?

I think back to summer of 2012, fresh out of high school and ready to head to college and leave my hometown for a while. Before spitting apart for a while, a few friends and I decided to make the best with the time we had left together and played Dungeons & Dragons several times a week before heading out. This was an experience that I still think about fondly to this day.

When I found out about WARTILE, a game developed by PlayWood Project Aps, that promised to combine the appeal of tabletop miniature RPG games with real-time strategy video games, my heart skipped a beat. Would I be able to relive those days, at least temporarily? Well, after getting the chance to play I can say… kind of? And very temporarily.

WARTILE originally started as a Kickstarter project a few years back, as many indie games start these days. Unfortunately, PlayWood fell several thousand dollars short of their goal and when the Kickstarter was cancelled in 2016 it seemed that the game was doomed to fail. However, that didn’t stop the game from being playable in early access on Steam. Continuous quality of life improvements hit the game and now it is for sale on PS4, Xbox One, and PC for nothing more than a crisp $20 (with a penny to spare!).

Jumping into the game, my immediate thought was that I was going to get an experience something like XCOM, Final Fantasy Tactics, or something of that nature—but with Vikings! We got the Vikings but the rest of the experience unfortunately seemed rather incomplete to me. 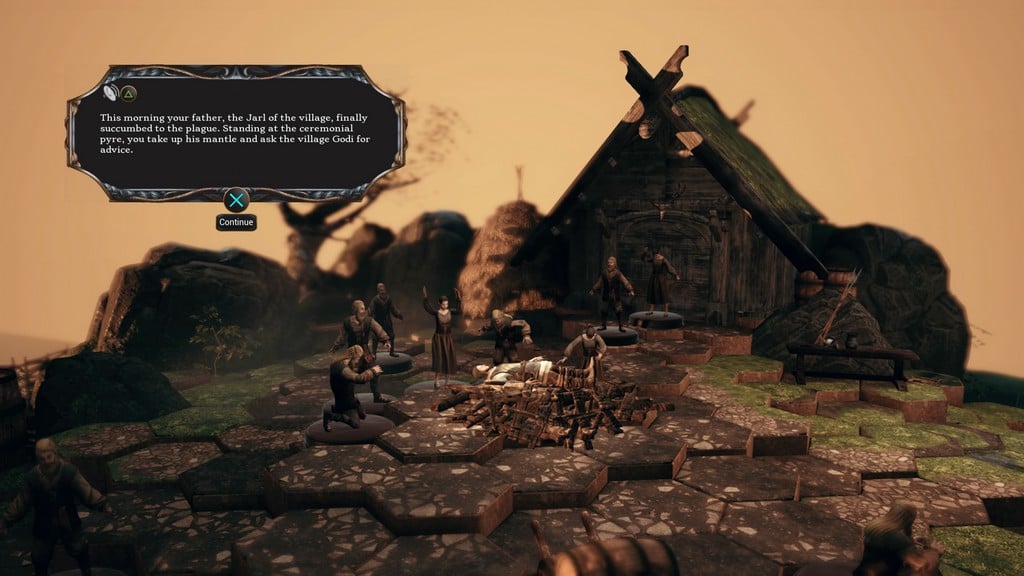 Before I get into the bad, I want to talk about the good. As stated before, the world of WARTILE is inspired by a tabletop RPG. So much so that you’re actually playing as miniature figurines on top of a tabletop board! But that’s not all, you move your characters around and your enemies move around in real time. The combat is simplistic. You walk to your opponent and they automatically start beating each other up. There is, however, a card playing aspect to this game. As you progress and complete certain objectives you unlock cards that when used provide you with certain buffs. For example, you can spend 3 of your energy to use your healing card or 8 of your energy to turn your opponent into a frog. 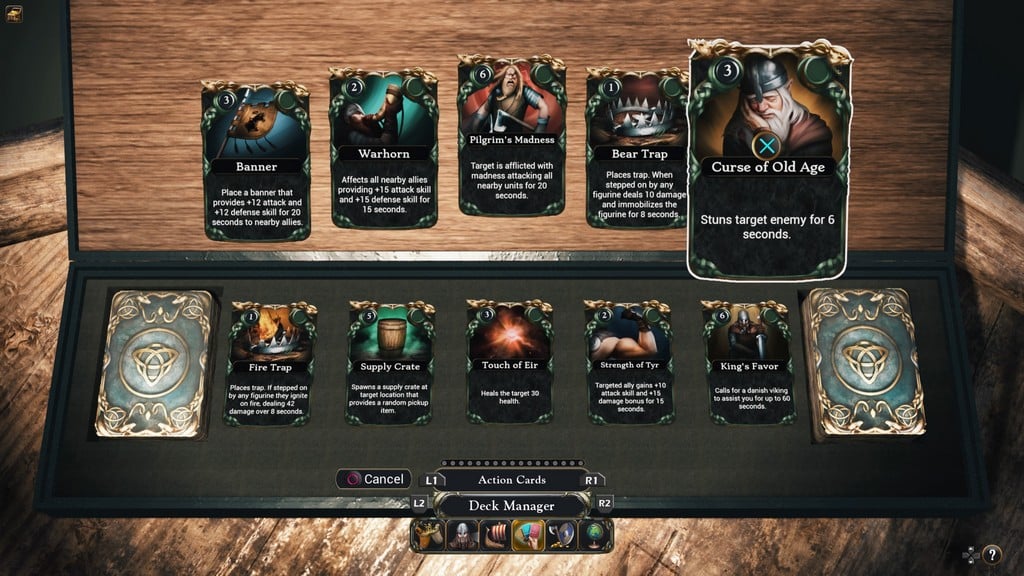 Now you do that a few times, listening to the story the whole way through, and a few missions in you’ll recognize the formula and get into the groove of things. And then it’s done. The whole game. That’s the biggest gripe I have with the game is that it is just so short. Now, if this was a $60 game I would be fuming. But as a $20 game I’m just slightly disappointed. There are only a few missions in the game but you can go back and replay them (with harder enemies) to unlock more cards. It helps, but it doesn't stop it from feeling repetitive. Most missions can be rushed through in a few minutes but one or two of them can take 20 to 30 minutes.

Unfortunately, there isn’t a lot of variety in the missions, even the long ones. The path is almost always straight forward and if you get lost or off track you can usually find what you need to do just by running around in circles for a little bit. I’d say that I completed the game in about 5 hours, and that’s longer than normal because I took the time to make some detours to get the platinum trophy. 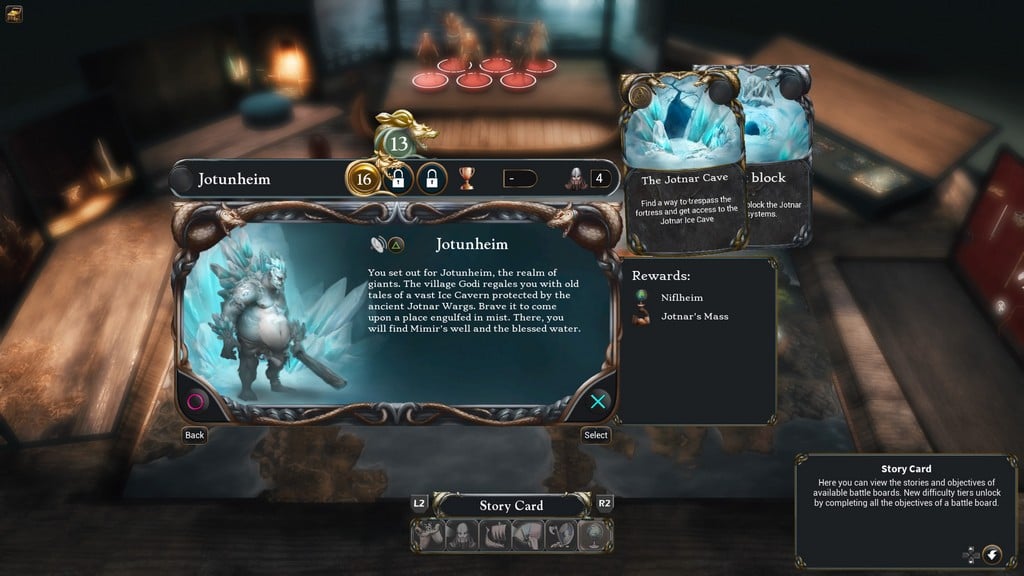 Granted, the DLC comes bundled with the PS4 and Xbox One release which adds a new campaign and several hours to your total play time, but unfortunately the DLC seems rather same-y so I didn’t get too far into it before putting the game down.

You start the game with your hero and his pal on a mission to figure out how to save your village from this mysterious plague that is killing everyone, including your father. Maybe the villagers wouldn’t have this problem if they practiced social distancing and stocked up on toilet paper, but the damage is done. On your journey you unlock four additional characters who can be purchased in between levels. These six total characters belong to five different classes. There are two warriors, a spearman, an archer, a barbarian, and a shaman. As expected they all have differing levels of health, speed, damage, attack, defense, armor, and skills. 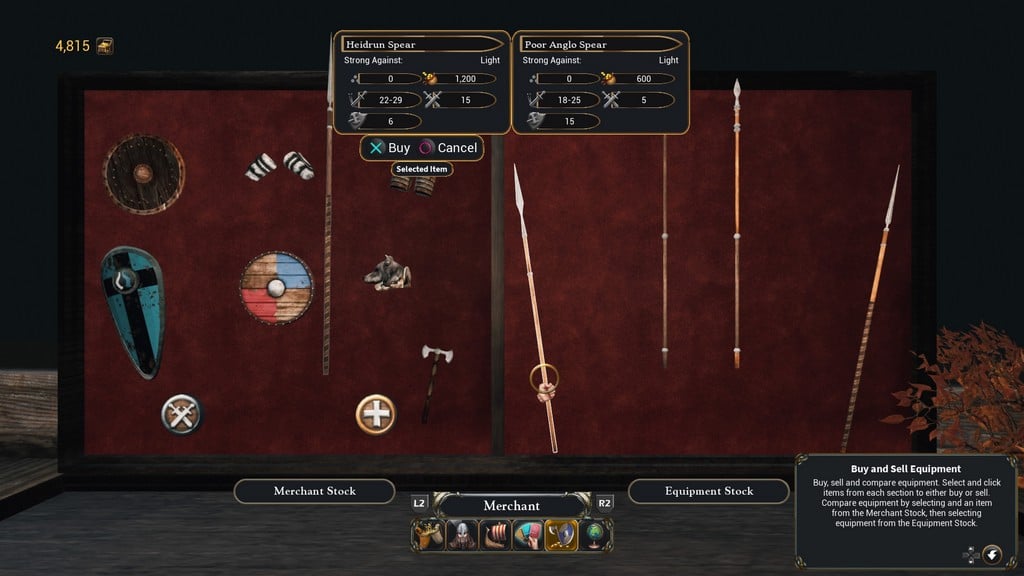 I will say that I appreciate the art style, as it is probably one of the best things that the game has going for it. But there’s a problem with it as well. The loading screens are static images that seem to just jump out at you between rounds and they don’t look particularly good. Similarly, the menu is downright ugly and you can barely tell which item is highlighted on it. Look at the screenshot below, you can barely tell which word is highlighted. It actually looks better in the screenshot than it does on the TV/monitor. 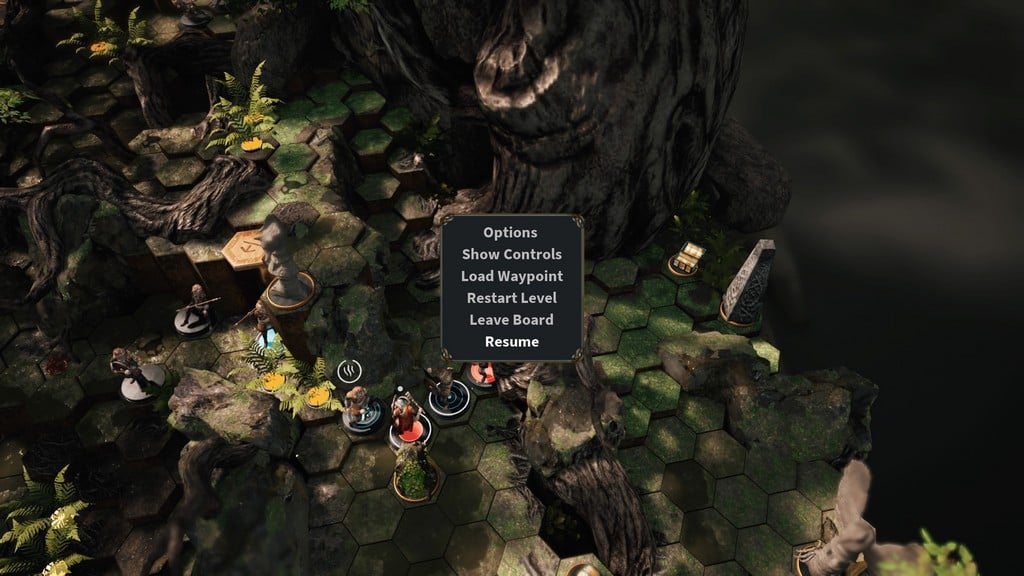 WARTILE is a fine game and I’m glad that it exists despite not hitting its Kickstarter goal. It’s a relatively fun short romp. There’s a particular itch that this game looks so ready to scratch, but it can’t quite reach it. I can’t complain too much at $20, but at the same time I advise waiting for the game to go on sale. This game may have fell short of the potential I feel it had, but I nonetheless hope to see more from PlayWood Project Aps in the future. 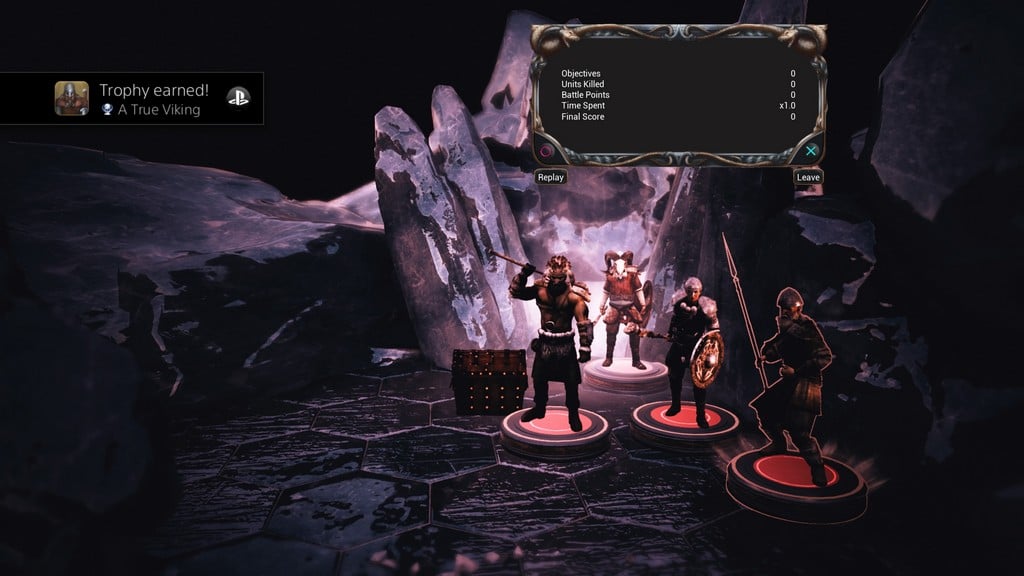