There's something to be said for using more than just one monitor; whether it's for work or gaming, utilizing a second screen can give you a much-needed boost to the organization and productivity of your daily tasks. As much as I enjoy a secondary screen, though, I tend to just run a more awkward single-monitor setup, due to the cramped space of my desk. That all luckily changed, once I got my hands on the new LinQ Touch Portable Monitor.

The LinQ, made by American gaming monitor company Viotek, pretty much tells you all you need to know in its name. This is a 15.6" ultra-thin monitor, designed to be light-weight and portable enough to fit into your daily bag, while still offering a solid 1080p picture quality. With it, you'd be able to rock a dual-screen setup, even if you're out and about and relegated to your laptop, making any photo-editing or developing/coding work just that much easier on the go. 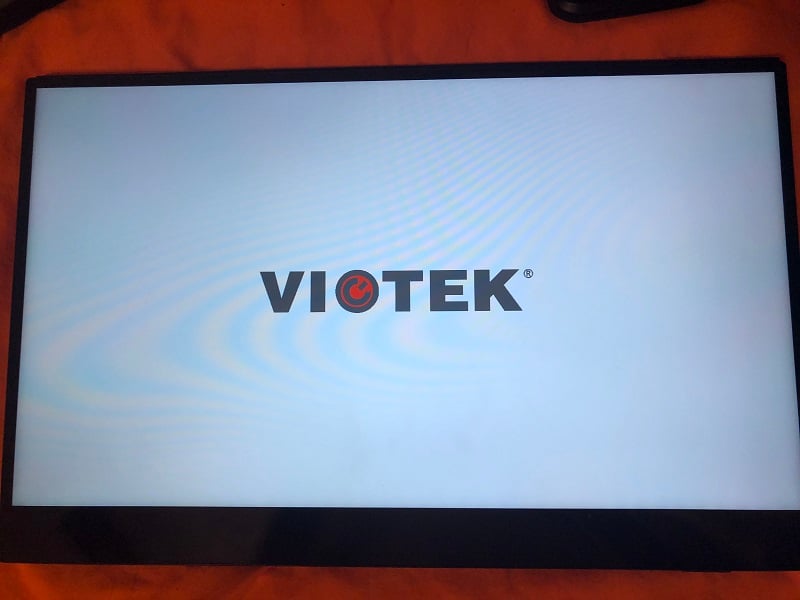 There's two variations of the LinQ: retailing at $169.99 is the regular version of the monitor, offering that nice 16-inch IPS panel, built-in speakers, and 1080p resolution all in a 1.35lb package. The other option is for the exact same monitor, just with an added 10-point capacitive touchscreen, for $229.99. The cost of the former definitely has more value, but if you do need a touchscreen, the tablet-like screen of the LinQ Touch won't let you down.

Design-wise, the LinQ is impressively light, and shockingly thin, having a 9.4mm width and weighing just under 2lbs (for the touchscreen version). The extra weight was barely noticeable in my backpack, making it a great lightweight companion traveling nestled beside my laptop. The monitor has a super-glossy metal back, while the front is all glass, with thin bezels around the top and sides, and a large, thick outline at the bottom, giving it a nice, sleek and shiny look. On the left edge is a 3.5 input jack, volume/menu rocker, and power button, with the right side giving you access to all the needed ports. The only issue that ever bothered me with the appearance or build quality was that the monitor is an absolute fingerprint magnet. Even looking at the LinQ is enough to instantly smudge every inch of the metal plate. Fortunately, it does come with a good microfiber cloth, and if you use the bundled magnetic case stand, you'll be holding that, rather than the fingerprint magnet backing. Speaking of the case stand, it snaps to the raised back of the monitor, and allows you to easily adjust the screen to whatever angle you prefer, giving you a lot of control over positioning. 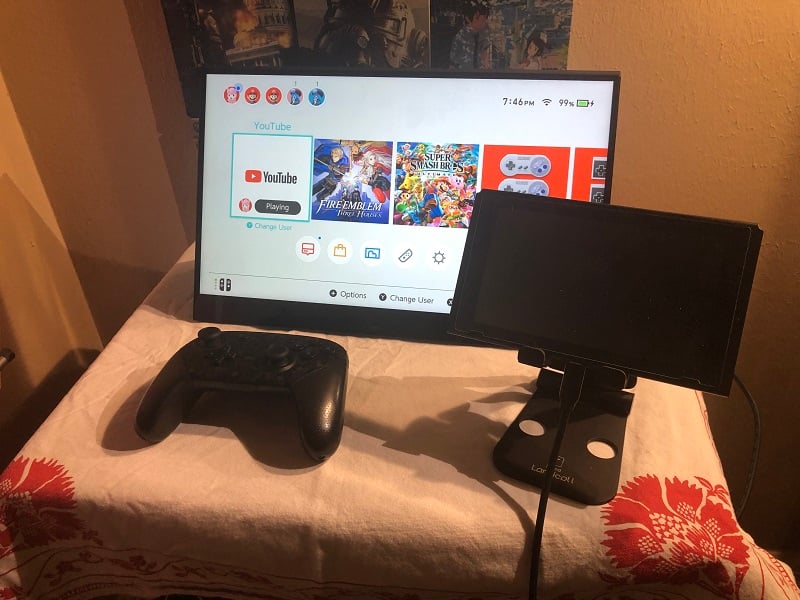 The monitor is powered by a single 5V USB-C cable, using DP alt-mode to also provide a picture at the same time. If, for whatever reason, your device doesn't support that, you can always use the Micro-HDMI-to-HDMI cable included in the box, and power the monitor through a USB cable. In the case of the LinQ Touch, you'll also require a second USB-C cord in order to transmit the touchscreen information to your computer; the setup for using the LinQ with my PC needed three cables in total: the Micro-HDMI for video, a USB-C for data, and a USB-C for power. During my time with the monitor, I tested it out in a variety of cases. Since the LinQ has an IPS panel, it worked quite well sitting off to the side of my regular monitor, and looked great at whatever angle I adjusted it to, thanks to the included case/stand. When I wasn't using the monitor with my PC, I favored hooking it up to my Nintendo Switch's dock, and playing games on the vibrant screen.

Amusingly, if I wanted to play games on the go, and had a portable backup battery, I wouldn't even need the dock; plugging the Switch into the monitor with a USB-C cable managed to output video, while the portable battery would power the monitor. The LinQ functioned as a larger screen for the Switch, and thanks to not needing the bulky dock, I could bring the whole setup with me, and comfortably play my games on a large screen while on a 5-hour airplane ride. 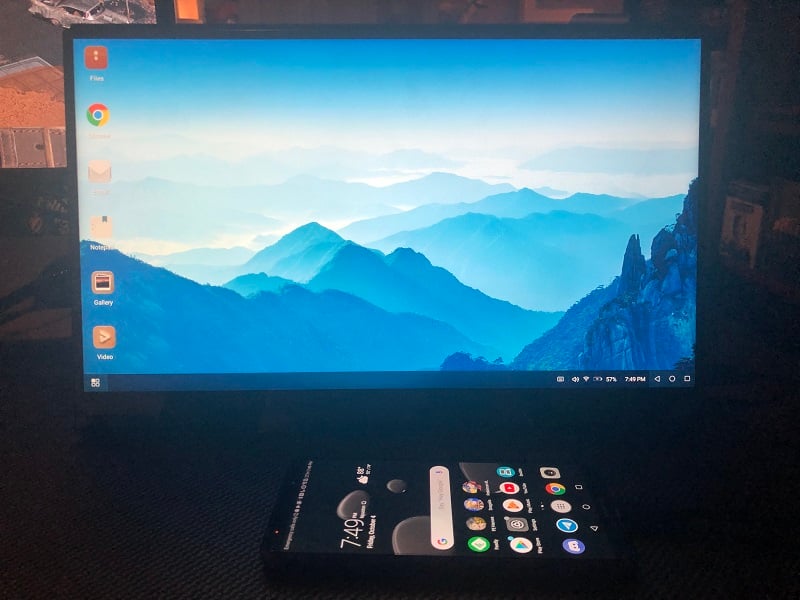 Out of all the instances I used the LinQ for, nothing topped using the monitor as a pseudo-tablet, with my Android phone providing the power and needed technology, while the screen was lightweight enough to sit comfortably on my lap, allowing me to browse the internet, watch YouTube, and play mobile games, all on a large screen. I couldn't stress enough how useful this was to me, as someone who doesn't own a tablet or laptop; whenever I was out of the house, I could just pull out the phone and monitor in order to have a fully-fledged "laptop" experience.

Despite just how incredibly thin the device is, as mentioned before, the LinQ packs a 1080p HD display, and can use HDR as well. The picture quality Powering the screen through another device (e.g. a Switch or phone) will set the monitor to a low-brightness power saving mode, but if you supplement it with another USB-C cable, you can crank the brightness level to 100. On a personal level, I found the picture quality to be crisp, the backlighting to be even, and the display to be impressive, overall. Digging deeper, with technical terms and monitor tests, there were no dead pixels on my unit, colors and gradients are distributed equally. On the other hand, input lag for gaming did feel just a tad noticeable, though that could admittedly be due to the fact that the LinQ handles input through USB-C, rather than Displayport; unless you're going to be using this as your main hardcore PC gaming monitor--which this is not the screen's intended purpose--the slightest of extra milliseconds of input lag shouldn't bother you too terribly.

Perfect for travel, or even home use, the Viotek LinQ is the ideal option for those in need of a lightweight monitor on the go, or those who have minimal desk space. Though I was initially skeptical at the idea of a portable monitor, I managed to find plenty of different uses for it, making the LinQ one of my favorite pieces of tech. 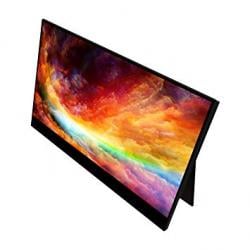