Comparative to my S.T.R.I.K.E 4 review in terms of mechanical, but this looks less gaming oriented....
Though mechanical keyboards are all the rage,is it really a necessity for an office environment? The Velocifire VM02WS certainly maintains a dapper appearance, but how does it handle? Let's find out!

Velocifire was established in 2015 with a clear ethos to "make typing better", targeting the office population while also considering the gaming community. With their sights firmly set, Velocifire strives to bring the benefits of mechanical component keyboards to the working masses while maintaining competitively endearing prices depending on the product. Velocifire also targets niche Mac users alongside gamers, copywriters, and programmers through careful study and analysis of their target markets. 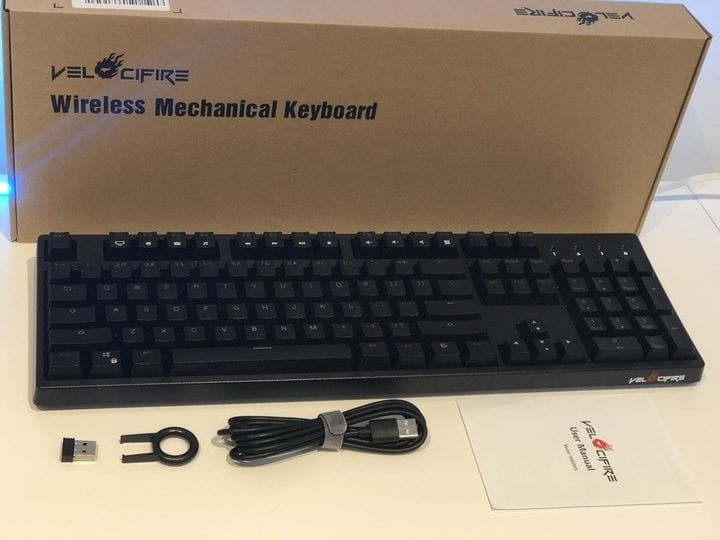 As is standard with my reviews for keyboards or mice, I choose to use them during my type-up-time to get a final feel for how they look, feel, and sound, and the Velocifire VM02WS pulls no punches in any of these departments. Let us kick things off by stating that this thing is a beast in terms of weight. With a heft of 1180g this thing is surprisingly heavy to lift and manoeuvre around your desk, though once it's there, it's there for life. It's seriously not budging anywhere. The two grippy feet that deploy to the rear do a stellar job of tilting the facia more towards your line of sight whilst holding the keyboard fixed to the spot thanks to silicon feet for grip. I assume the 1850mAh built-in battery accounts for the majority of the weight of this unit. Though it takes three to six hours to fully charge, it only took me 30 minutes to get enough power to begin using it wirelessly, during which time it defaults to being a wired keyboard for use while juicing up, and a handy little switch on the back toggles the unit on or off.

The usual clattering of a mechanical keyboard is apparent here too with 90% of the keys sounding superbly powerful under your digits, while the other 10% sound oddly disconnected and not as securely fastened to the board as you would have thought. Namely the backspace key and the right shift key sound like they have had a hard life. I don't know whether this is to audibly indicate which finger you are hovering over, but they sound hollower than the rest, and the spacebar sounds different too, though as is tradition, it is held in place by not one, but three points of contact underneath. This unit utilises the smaller leaner enter key, and it just doesn't sit right with me. I found myself constantly hitting the "hash" or "shift" keys more often than not and having to look down to adjust my typical finger spacing to hit the enter key if I was lucky. It appears to be for the sake of compactness, an aesthetic change to make the keyboard look more symmetrical, more official, more professional, but it isn't my preferred configuration. 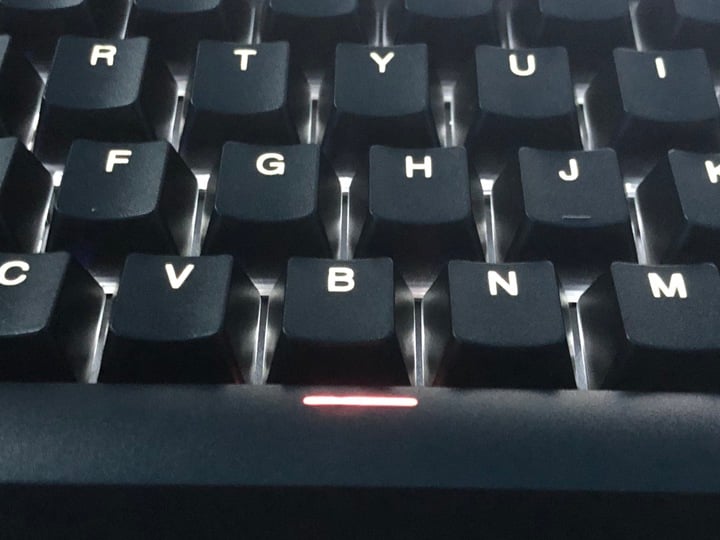 The backlit mode is either on or off thanks to hot key bindings but the singular red backlit spacebar signifies charging state: red for charging, white for charged: I just wish there was some other sort of battery indicator to show how much juice you have left in the tank before you have to hunt down a cable. The battery is supposedly long-lasting thanks to smart power modes and low power wireless connectivity. After a mammoth six-hour charge, you'd hope it has the capacity to last a good while, and with a 150hr battery life with the back-lighting disabled, your average eight hour worker should have no issues. In fact, they won't have to think about it for 18 to 20 days! The built-in macro functions are a breath of fresh air not having to install third-party software to record some predefined string of actions. I was suitably impressed with the ease of use with which this unit has been designed around. Almost everything about it is just so intuitive and well thought out. Almost.

The overall feel of the double shot moulded keycaps is rather nice with a typical dimpling finish that you can feel on your fingertips, though the transparency of them varies key-to-key, with the F8 key being a prime example: it just isn't as bright as the other keys, and overall the font sizing seems off in places too, with the "$" symbol on the "4" key being notably bigger than every other symbol on the entire keyboard by one or two font sizes. Perhaps that is another niche office button that needs ever so slightly higher attention than any other key, who knows? The media symbols on the keys also aren't transparent in any way, so don't light up in the dark at all, which again is a rather baffling omission for a backlit keyboard. It's possible their focus on the office environment made them overlook a low-light scenario. 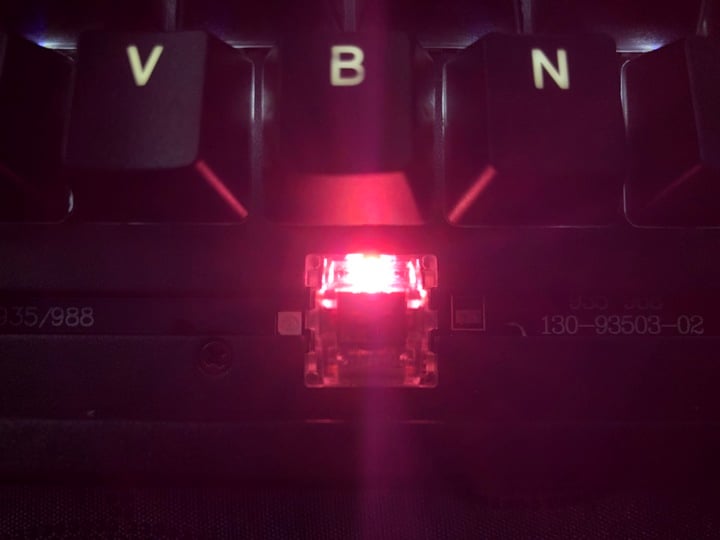 As mentioned above, the brown switches utilized in this device slam along nicely, apparently less so than the comparative sound of a blue switch keyboard (for example), though to be honest it is still a very noisy experience. In an office environment I couldn't imagine not getting a permanent migraine with ten or more of these lined up in their little workstation cubicles, hammering away from morning to evening. Mechanical keyboards are built this way, they want to be noisy, but why it needs this level of sound for an office-centric device is beyond me, it just doesn't seem necessary. Price-wise, at between £60-£80 this is a relatively inexpensive keyboard, in reality, when compared to a lot of other brands out there that cost upwards of £120+ for virtually the same features. There has been a very commendable effort made here. Velocifire has clearly cut a few small corners here and there, made a few minor mistakes that could be easily rectified, but overall they have essentially delivered on their promise to provide high-quality keyboards for a nominal price that anyone can enjoy, especially office workers and programmers.

Apart from these few small hiccups wouldn't really have any issue recommending this keyboard to everyone who would desire an understated, reliable wireless keyboard at an affordable price point. A product like this just makes sense, it isn't garish with its LEDs, it's not unorthodox in its ergonomics, and what's more, it isn't in any way shape or form terrible to use at all! It fits in perfectly with almost any environment, it's ergonomic enough, it's honestly pretty sleek and stylish in my opinion, and that is something other manufacturers could definitely take on board: ubiquity blended with class. 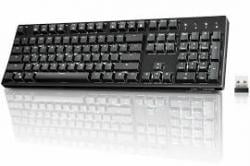