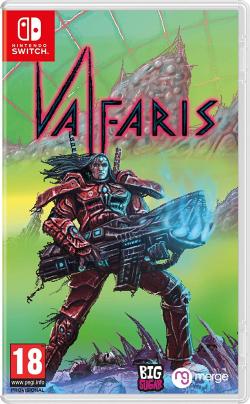 From the creator's of Slain: Back From Hell, comes Valfaris, a scifi metal 2D action platformer.

Traveling through hyperspace in this distant scifi future, Therion is awoken from stasis by his ship's A.I, Hekate, informing him they have finally arrived at the planet Valfaris. Therion must make his way through the hostile planet, reaching the citadel to search for his father, the missing King Vroll. 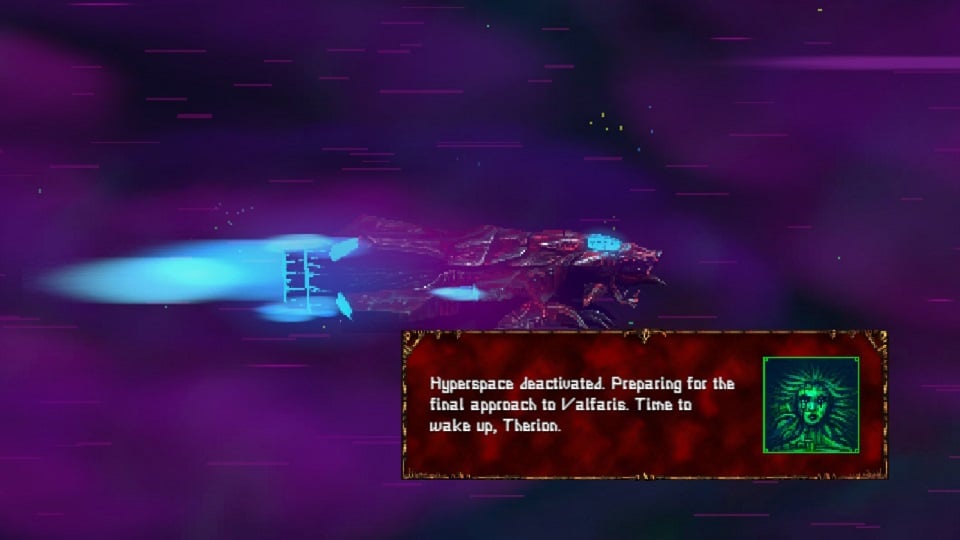 Similar to 2016's Slain: Back From Hell Valfaris is a 2D action platformer with a METAL theme. Whereas the former was a fantasy inspired hack and slash affair, Valfaris adds guns and scifi, and is overall a more polished experience. You play as Therion, a Warhammer-looking-badass who rocks out to metal music everytime he finds a new weapon. Each area of the game consists of a few run 'n gun platforming screens before fighting that section's boss. There isn't much exploring to do in Valfaris, a few secrets here and there, but your path to the end of the game is pretty much a linear left-to-right experience. 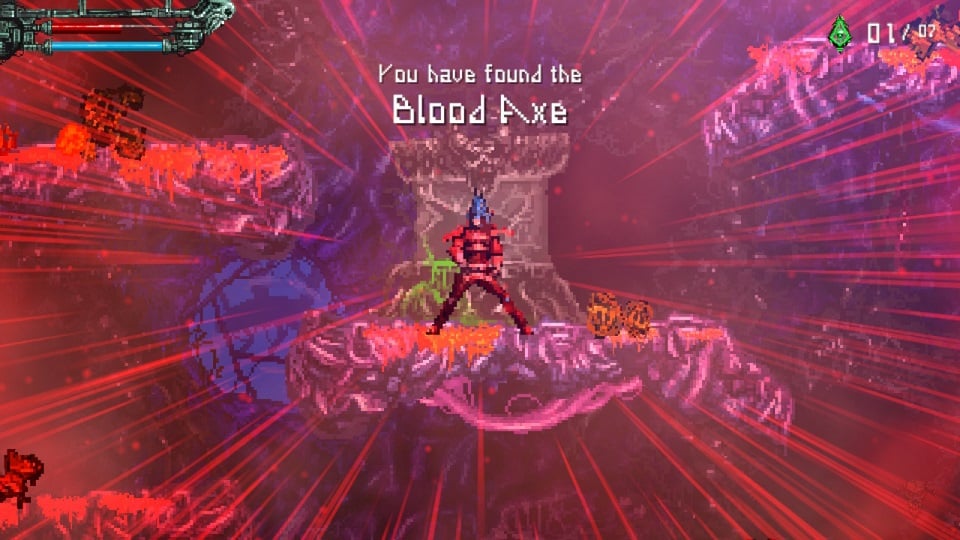 Like other greats from this genre, such as Castlevania, Contra and even Mega Man, Velfaris' best moments come from the umpteenth retry of that one boss you just can't bring down, and then on try #27 you finally nail the sucker and shout out; YES! This is what really stood out to me when playing the game and what I enjoyed about it the most. That feeling of this game is too hard and then overcoming the challenge as your skill improves from banging your head against it over and over. I think the game will be a hit with speedrunners and I look forward to watching a pro play through it. 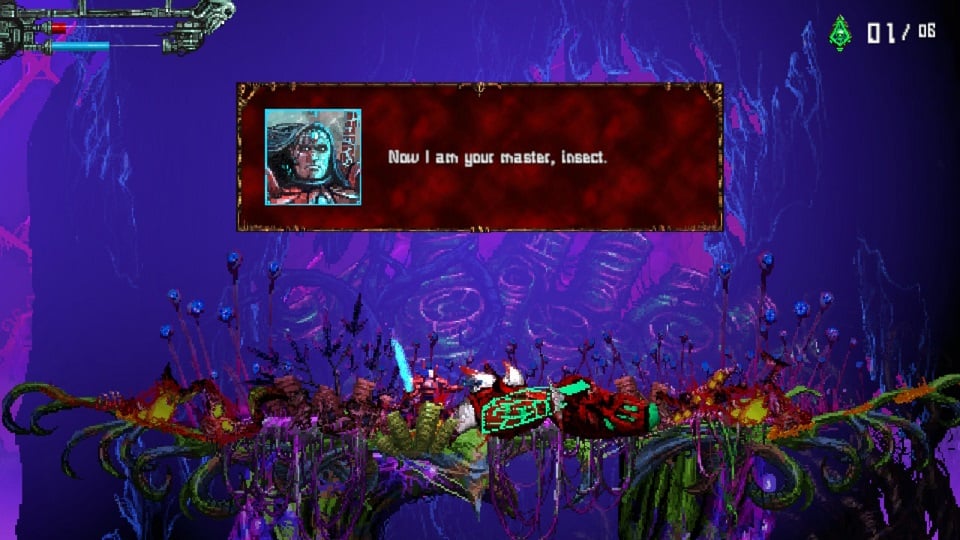 For the more hardcore action platformer players, Valfaris uses a resurrection checkpoint system. Scattered throughout the levels are Resurrection Idols which are needed to activate checkpoints in the game world, where you are respawned if you die. The idols increase your health and magic, but if you choose to activate a Resurrection Idol to respawn from, you lose your increased health and magic buff. What this essentially means is you are rewarded for not dying or saving, in that your health and magic are permanently increased if you don't use save points. The only problem with that is if you die at a boss you would then have to repeat the entire level, an audacious task, even early game. I finished the game with the same health and magic meter that I started with.

I thoroughly enjoyed my time with Valfaris and will probably give it another run when the new game plus option drops. This is one of the finer 2D action platformers out there and I got the same feels from it I got when playing 2018's The Messenger.