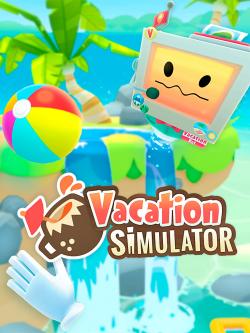 Having played job simulator thoroughly, I was looking forward to something fresh.
Simulation is the latest buzzword in the world of video games, with goat, mechanic and various vehicle driving sims becoming increasingly popular in recent years. But how about a holiday from all that hard work? Let's see how Vacation Simulator on PSVR handles itself! 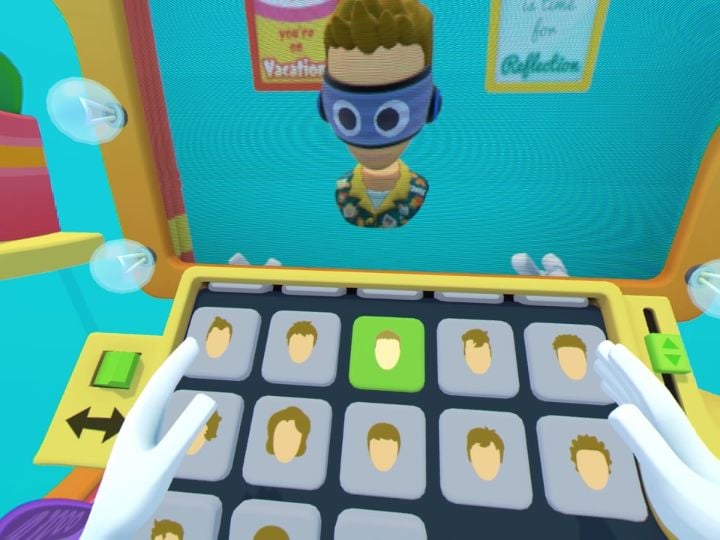 After picking your save slot you being the game in your hotel room, engaging yourself with a range of physics-based and relatively mundane, yet hugely engaging tasks. You can expect to design your character within the game, have a bath, shave, brush your teeth, read some books for hints and tips, and explore your digs. The control system is exceptionally intuitive, with look-and-click teleportation movement making it incredibly easy to navigate the scenery. Interacting with objects is also as you would expect, using the triggers to grab, twisting to twist and flinging and releasing the trigger to throw. It's incredibly satisfying to grab a bottle, twist off the cap, pour one out, pop in a tiny umbrella, and chug it back. Every action you perform is 1:1 in relation to what you would do in the real world if you were performing the same task. Drinks cans need the ring-pull heaved off to open it, running a bath needs the plug down, water on, and bubble bath liberally added, and popping on a hat or glasses requires you to decide which ones and simulate placing them on your bonce. While it sounds pointless and time-consuming to undertake these tasks its ultimately ushers you through like a ubiquitous tutorial mode, and with exploration and an eye for curiosity, it can prove very rewarding. I found it fun in the daftest things like trying to crack the safe code, shooting some hoops in my bedroom and investigating the intricacies of the in-room computer system. Little did I know that even these basic things are dumbed down versions of tasks I would later partake in, building towards what I think is an extremely smart gameplay direction.

Stepping out of your hotel room yields three paths in which to travel, each leading to a specific and diversely themed environment; you have the beach which is tropical and lush with a sunny and bright disposition, waterfalls, and a diving spot, the forest which holds nature trails, wildlife, fishing, and campfires, and finally the snowy ice-cold mountain complete with jacuzzi, mountain climbing, skiing, and a mythical monster to be found. Before I could even wonder how I was going to collect items and store them, I was presented with a backpack, affording me a number of slots to keep the various things picked up along my adventure. The backpack also contains a handy levitating camera for capturing interesting scenes, specified items, and comedy selfies! 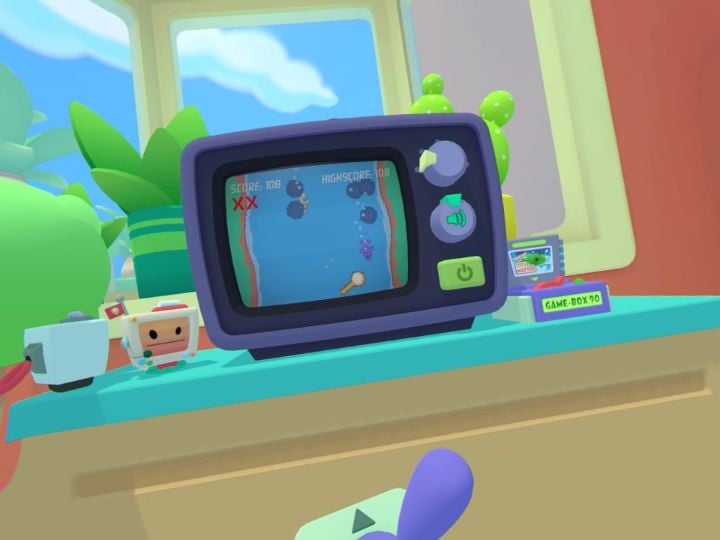 Vacation Simulator offers a plethora of micro-games to play ranging from incredibly simple tasks like collecting bugs and playing dress-up, to sculpting ice creations and mastering gastronomical requests. Some tasks offer an increasing level of difficulty after you have satisfied the constraints of the lower tier challenge, and others are single, one-off events that act like side missions. These side missions are often more sandbox-like physics demos which can involve skimming stones, eating berries, or finding secrets. Majoritively these assignments will give you between one and three memories to collect and add to your special memory tracking watch. Each zone contains roughly 22-24 memories to make while you are on your simulated vacation. I particularly enjoyed the rhythm-based canoeing section, which in a way alluded to a Beat Saber-like smashing of targets in time to some thunderous background music. It really put a smile on my face to find a difficulty spike that was enjoyable and compelling to finish on all three difficulties for that elusive memory. 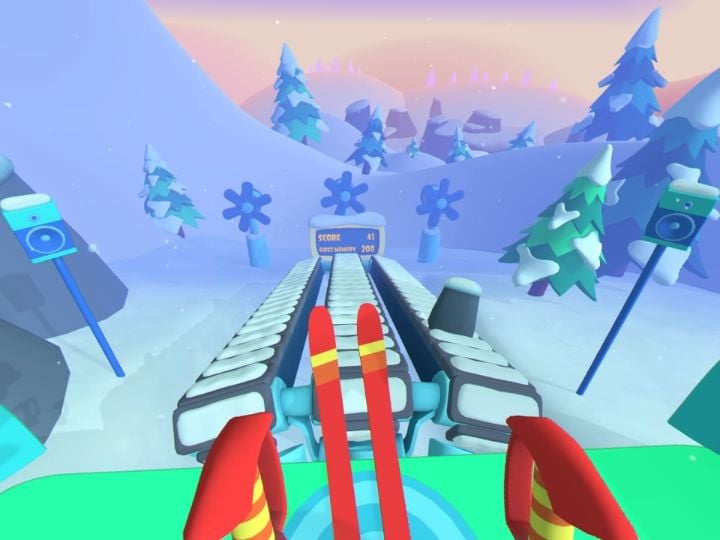 Repetitive gameplay spoils the overall diversity of a few of the tasks, along with a fair amount of backtracking to share items cross-environment, to unlock more memories. The main issue I have with this is that it takes no cycle of progression to obtain anything needed before backtracking. You can simply go into one of the environments, grab something, head back to the other and complete the task. I would much have preferred to have a chain of tasks to do to unlock an item which can then be utilised in a prior zone; it would have made it far more taxing and feel like more of an achievement to complete an entire string of related events.

Overall this game is an incredibly enjoyable experience, and it kept me completely glued to it the entire time. The first playthrough got me just more than 30% of the trophies available, and less than 70% of the game finished overall, so I had plenty of reasons to go back and revisit it to see what other wondrous yet highly fun tasks and chores I could unlock. I highly recommend this game to anyone who has a PSVR and is looking for something engrossing and smart, as its level of humor, polish and eye for detail gives you an incredible amount of fun for the entirety of your stay.