Rain, sleet, snow, or heat, the Ultimate Ears Boom 3 will play any beat.

I can recall, back when I was at the cusp of graduating high school, students would always, always be carrying around one of two things: a pair of headphones, or some speakers. Music was a big deal, so everyone just had to have a way of listening to their favorite tunes when waiting for the bus, or sitting outside during lunch. When it came to the original Ultimate Ears Boom, that was the "go-to" speaker that every kid wanted; durable and portable enough to handle being thrashed around in a backpack, and loud enough to drown out everything else in a nearby radius.

So, flash forward to today, and the Boom line of speakers are still around, going strong. Now they've got a whole host of features, improved upon since their original release. They're still known as being a durable speaker, but now they've become popular for being able to pump up the music at parties, get tossed in a pool a few times, and still keep going. 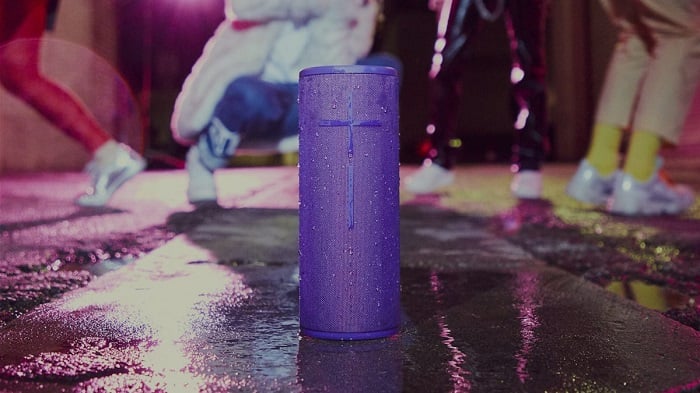 This speaker is designed to take a beating. It's got a fabric-y material that covers the entirety of the cylinder, save for the top and bottom, which are made of rubber. The outside lining is designed to protect the internals from falls, up to three feet (1 meter), while also making the speaker dust and small particle-proof. I was impressed with just how durable the Boom 3 is, which survived more than a few cat-related accidents, getting knocked down from my nightstand on multiple occasions, without a single bit of damage. What came as a surprise to me was just how rugged the fabric layer happened to be. When I first held the speaker, I was worried that the lining might tear or snag, but thankfully, it never did, even when I treated the Boom 3 roughly. You could take the Boom 3 on a camping trip, to the beach, or on various outdoor adventures, and you'd never have to worry about damaging it, unless you happened to let it fall from the top of a cliffside.

One of the major selling points is that you could submerge this speaker in a pool, and it'd still keep playing music, without missing a beat. The Boom 3 is rated at a waterproof level of IP67, meaning it'll survive being underwater for up to 30 minutes. Even then, it shouldn't be underwater for that long, as it's built to float back to the surface. It's honestly pretty cool, and though I personally don't hang out at constant pool parties, I could see how useful it'd be to have a speaker that could churn out music all night, and survive a few drops into the water. Barring all that, it also makes for a great way to listen to music in the shower.

A welcome change from the other Boom predecessors is the new location of the charging port, which is tucked away beneath a flap along the bottom edge. Now you can charge the speaker up to full, while still being able to use it. It can also attach to a base that allows it to charge wirelessly, but that accessory is sadly sold separately.

On the top of the Boom 3 is a "Magic Button" that can automatically play your favorite playlist, with just a single tap. It's a neat feature, but the caveat is that it only works with Apple Music, Amazon, or Deezer for iOS. If you're a subscriber to either of those services, then you're in business, but if you're like me and primarily listen to music through Spotify, well, you're out of luck on that one. Still, it is but a minor convenience, and nothing more, so I didn't feel as if I was missing out on much. And if you're an Android user, then this a total non-issue, as Spotify and the Magic Button are supported on that OS. 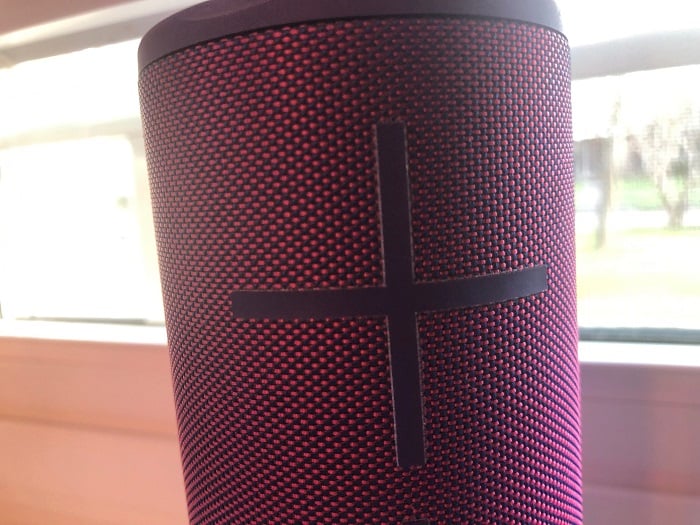 Amusingly, if you have more money than sense, or an insane amount of friends that all have a Boom 3, you can go completely insane and connect 150 of them together at once to create what I would assume is enough surround sound to melt your brain instantly. Sadly, most of us will never experience such a grand concept, but if you're hanging out with a friend that has a Boom 3 as well, then it is pretty neat to be able to sync them up together. Just so long as they're within 150 feet of the main device, they'll stay connected, which is a pretty good range as far as Bluetooth goes.

When it comes to actually being able to handle not just rough treatment, but music as well, the Boom 3 manages to play things nicely across the board. You can pump your music up loud, and the Boom 3 will keep outputting your audio without crackling or distorting. Songs are punchy and vocals are crisp, making the Boom 3 a nice all-around speaker. I especially appreciated how low the volume could go on the Boom 3 without it muddying up the sound, as is typical on other Bluetooth speakers in the price range. Even when trying to keep things quiet, I could still hear the audio clearly. 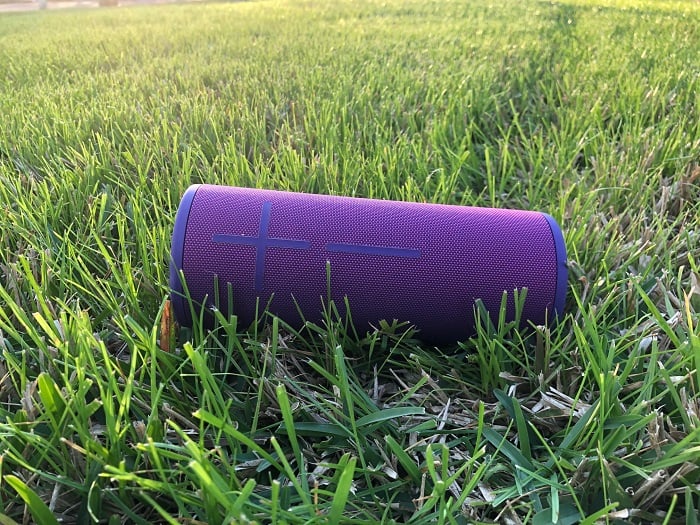 Considering the size and shape of the Boom 3, the speaker's "360 degree sound" tagline seemed like a marketing buzzword, but in actuality, it works quite well. Where other speakers sound faraway when pointed away from you, or lose a bit of detail when it comes to directional audio, the Boom 3 always sounded consistent. No matter what way the little cylinder faced, it provided me with the same quality of music, which was super useful in cases where I was constantly moving around the room.

If you're looking for something that can really get the bass pumping, though, you might be left slightly wanting; the bass levels on the Boom 3 are decent, but they won't "wow" you, if you're into heavy bass that'll get the room shaking. There are a handful of speakers that outclass the Boom 3, in terms of raw sound quality, but audiophile-grade listening isn't what this speaker is trying to offer. If you don't like the sound out of the box, the Ultimate Ears companion app has four EQ presets, along with a custom one that you can tweak to your liking.

I really do enjoy using the Boom 3, because it suits such a variety of different day-to-day uses. Whether I need something on my bed to softly play ambient white noise, an ideal device for listening to podcasts in the shower, or a speaker that can handle the rigors of accidental drops, splashes, and being rattled about in a backpack, the Boom 3 can do all that and more. For what you get, the $119.99 price point is more than reasonable. 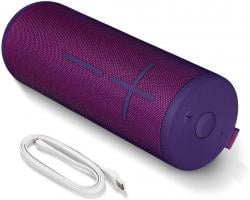