Form is very important for Apple users, but can these accessories provide function, too?

One of the best ways to experience your shiny new piece of tech is to accentuate it with new equally shiny new accessories. Especially when it comes to Apple products. MacBooks, as popular as they are, seem to be keen on stripping away physical features in hopes of eliminating as much weight as possible. The sleek design is unmatched, but it comes at a cost: important ports such as USB ports are absent from the laptop. That's where docks come in, using USB-C to give you access to those missing features. Twelve South is an accessory maker, one that specializes in Apple product add-ons. Two of which are the StayGo dock and the ParcSlope mount, both of which will be the focus of today's review.

Where you can use a wrist rest or adjust the feet of a keyboard to make typing a comfortable experience at your desktop, laptops don't share that same luxury. If you're using your laptop on a flat surface, though, a nice mount can help angle your laptop downwards to make it easier on your wrists when typing. That's the goal of the ParcSlope, which is a simple yet useful little tool. Created for MacBooks and iPads, it's a stand made from aluminum and accented with rubber grips. The little feet make sure that your devices don't slip off it and stay on there reliably. Twelve South has done a solid job in terms of build quality, making it feel sturdy but also not bulky or heavy. Since it's made from purely aluminum, it can't be adjusted, which is a shame, but it's also not the intent of the ParcSlope. 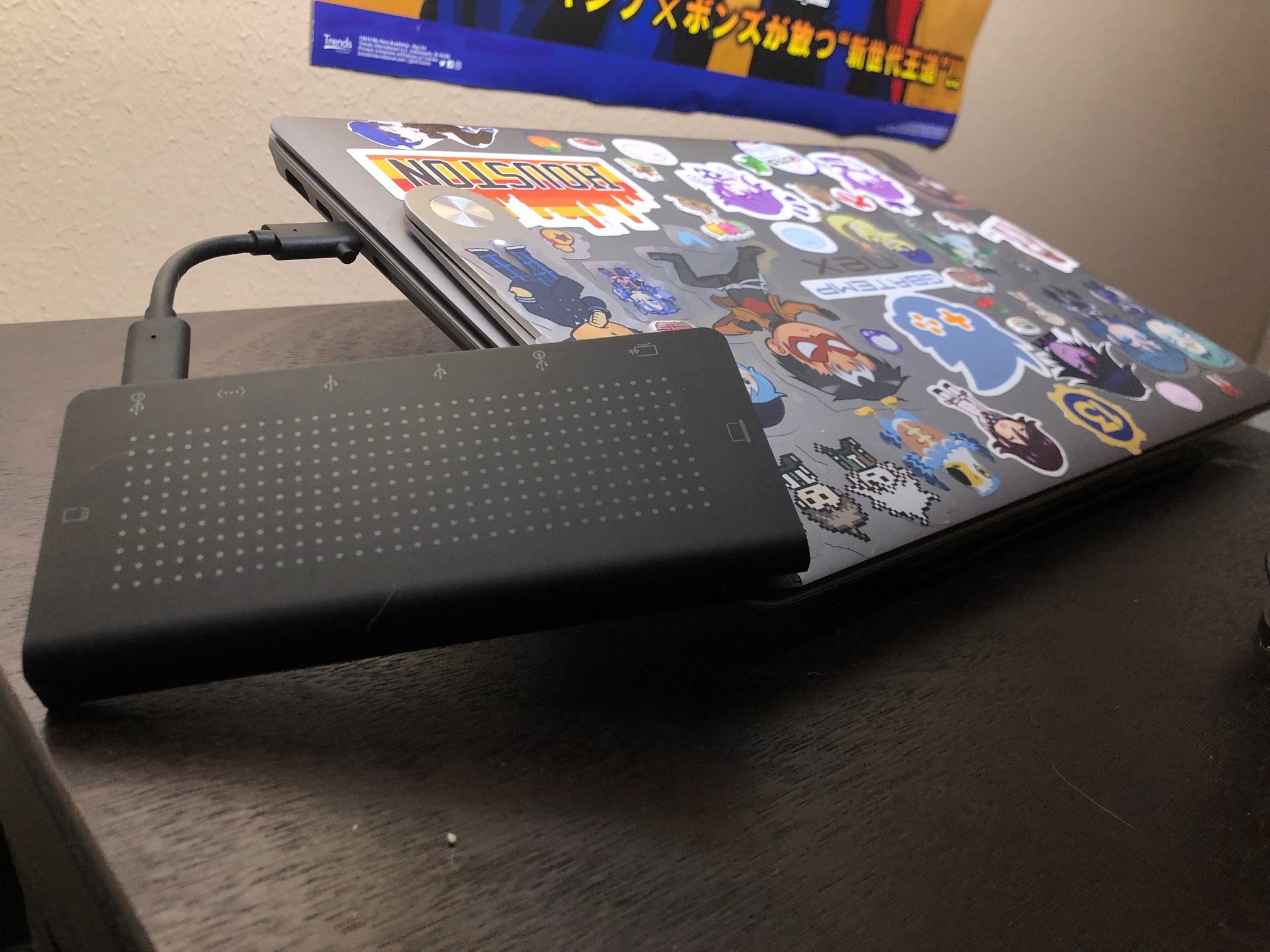 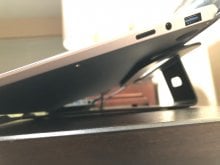 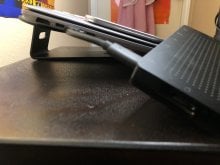 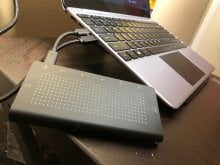 Using it for balancing your laptop is a fine option, but where I think the ParcSlope shines is as a stand for your tablet. Rather than prop your tablet with your hand or simply laying it flat, the ParcSlope accels when using it for drawing or notetaking on, say, a digital notebook or iPad. The place where you rest your device is oval-shaped, giving the bottom of your laptop room to breathe, and the whole package is made nicely; the criticism lies with its price, though, as the ParcSlope retails for $49.99. There's no doubt that it's useful and helpful, but the cost makes it a bit hard to swallow. With a thin and sleek design, it's not farfetched to assume that dedicated Mac users will appreciate the ParcSlope and will be willing to pay up, as is the nature of products and accessories in that ecosystem, but it doesn't take away from the eyebrow-raising cost.

Twelve South's other intriguing item is all utility. Laptop docks are important for any MacBook user, and the StayGo is no exception to that rule. A single USB-C slot is enough to grant you access to an array of three USB-A, SD, Micro SD, 4K HDMI, Ethernet, and an additional USB-C slot. Smaller than the average smartphone, the dock is also highly portable, especially thanks to a small cable that extends from the dock itself, giving you access to a USB-C cable at any time, without having to carry around an extra one separately. Having a cord built-in is a genius idea.

Sleek and aluminum, the StayGo is weighty and tough enough to handle accidental drops, while still being light and portable to carry around with your laptop. On the bottom are four little rubber feet, which help prevent the dock from sliding around on a desk. All of the connectors feel nice, and you get a satisfying response from clicking in a MicroSD card or inserting a USB, where it'll reliably stay attached on the go, even if you jostle your setup around. Those wanting to use their MacBook on a monitor at home can also make use of the included L-shaped USB-C connector, which is long enough to route behind your desk to keep cords out of view. 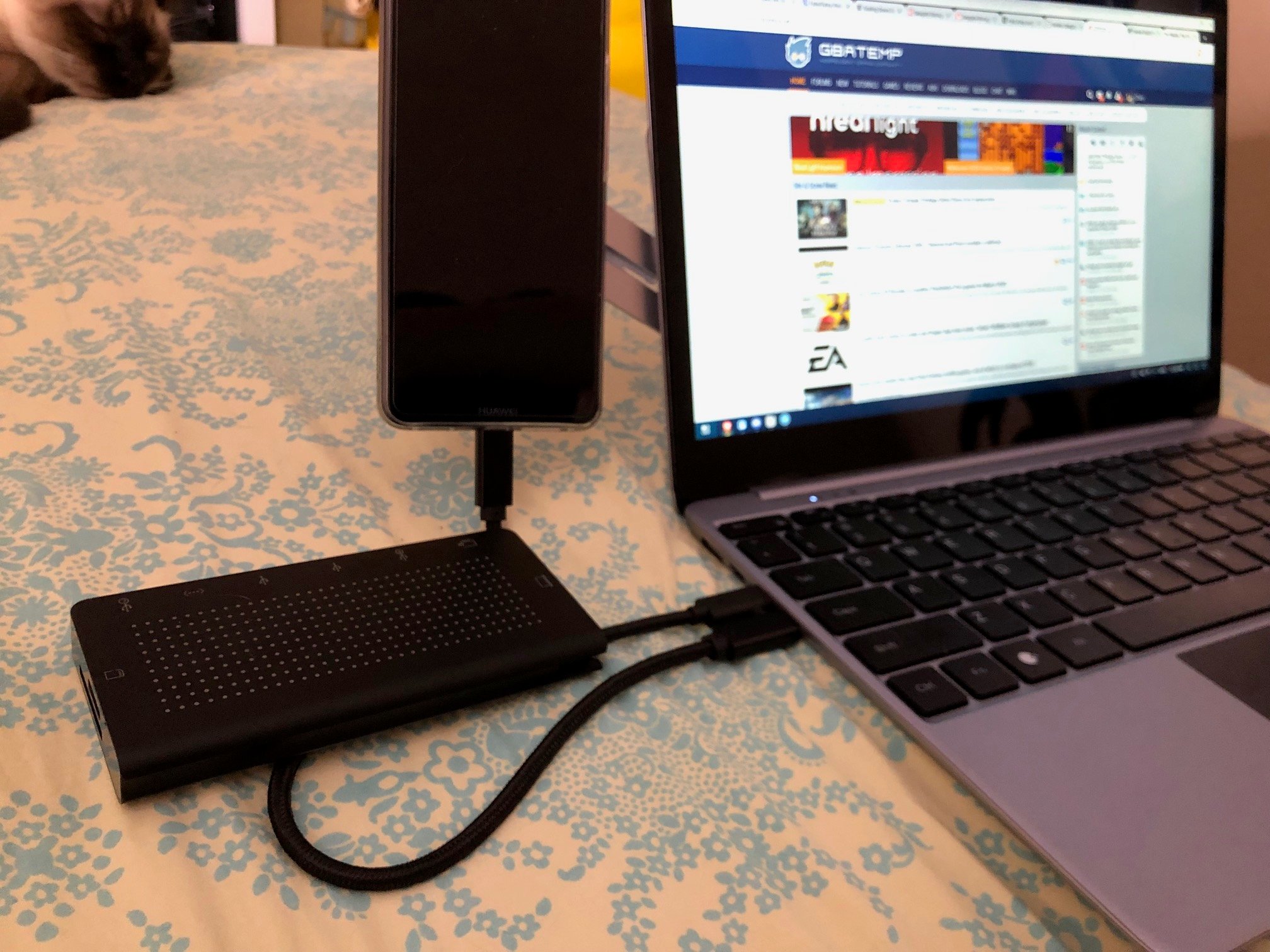 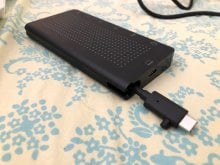 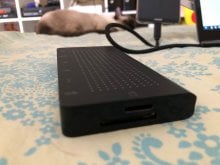 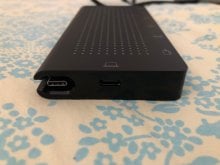 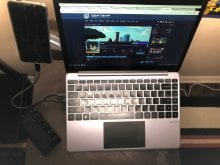 The first USB-C connector is used to output your display, which is going to be your main use with the StayGo, but the second USB-C slot is just as useful: it supports passthrough charging up to 85W, meaning you can keep your laptop charged up without worry, making for a standout feature. On the other hand, if you're not using USB-C for video, there's a 4K HDMI port, which works well in a pinch, but it only supports 4K/30Hz--a disappointment considering most users are accustomed to 60Hz displays, making the 30Hz output noticably awkward.

The StayGo dock adds a lot of utility to your laptop; having three extra USB ports is a serious lifh-saver for laptops that lack them, and helps let you use all your devices cleanly and easily. While an ethernet port is appreciated, and its form factor is slim enough to easily use and hide at a desk, I think the StayGo shines as a portable dock, with its slim design and hidden cable. Though the cost of the ParcSlope may feel way too exorbitant for what you get, the StayGo earns its price tag thanks to the utility it provides on the go. 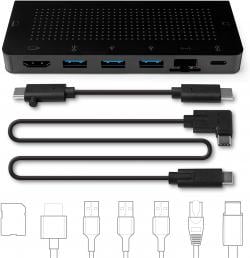