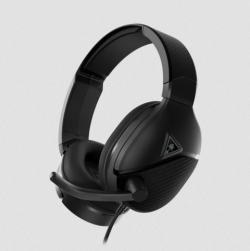 Turtle Beach 200 Gen 2 have been updated with a couple of quality of life features that reflect the signs of the times. Diving right in with the obvious changes, the upgrade from Micro USB to USB-C is superb for using one charging cable for multiple devices around your home. A mesh covering replaces the leatherette of the G1 which makes it more breathable; however, there is the sacrifice of thicker material that helped provide some audio cancellation, meaning that whatever you're listening to, everyone outside is also listening to and there is no privacy in either direction. The only real upshot from this is that your ears no longer sweat so much when in use thanks to more breathable fabric. Perhaps it's true that you cannot please all of the people all of the time, because one change may actually be great for the majority, but for those who don't enjoy that one specific change, you have to endure it in order to enjoy the other changes. 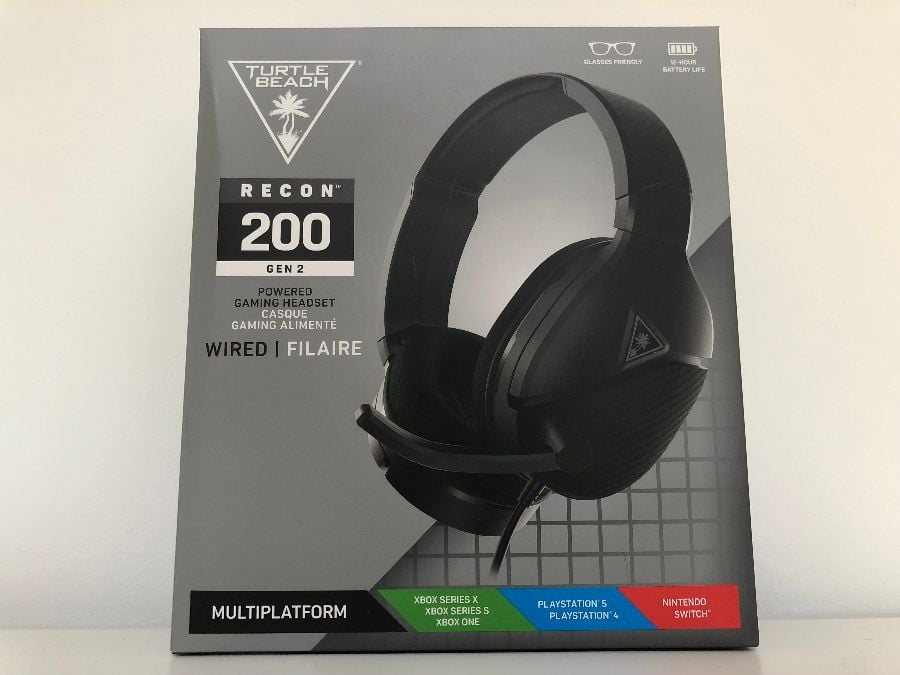 The drivers are still 40mm neodymium units that, while they still have their 20Hz - 20kHz frequency range, without the amplification turned on don't sound great at all, but with the amplification turned on they certainly shake your skull as I expected them to. The atmosphere is certainly ramped up and sound quality in general sounds good for a premium stereo headset, but not top of the line audiophile quality. Once charged up and set to either PS or Xbox mode, the bass kicks in, but there is a slight hiss behind it that's always there, very low key, and you can minimise this hiss by switching it to the correct mode. Without the amplification, the bass isn't there, at all, which is odd because no other headphones I use need "powered" cups to give any bass. When amplification is turned on the sound is rather nice but, dare I say it, perhaps a little too bass-heavy for some. Explosions sound massive, and in competitive shooter-based games you would think this would be an epic feature, yet somehow I feel that the smaller sounds got drowned out, and ironically the headset nerfed my ability to pick out subtle sounds such as footsteps, the clatter of leaves and branches, and creaking doors, etc.

While the amplification feature of these cans offers a significant sound quality boost over un-amplified, there is the obvious trade-off of having to keep these things charged for every use. On the subject of which, there is no real battery indicator, other than only a single LED that is yellow when charging or green when on. If you forget to charge them, or worse, forget to flip them on, you can still use them, but they sound completely underwhelming at best. In my opinion, the amplification feature doesn't seem to come across as well as using a bigger driver; the Turtle Beach 500s have possibly spoiled me with their ultra-loud, mega-punchy sounding 60mm eclipse dual drivers with Accutune, but at over twice the price (when not on sale) the 200 Gen 2s definitely offer superb value for money. 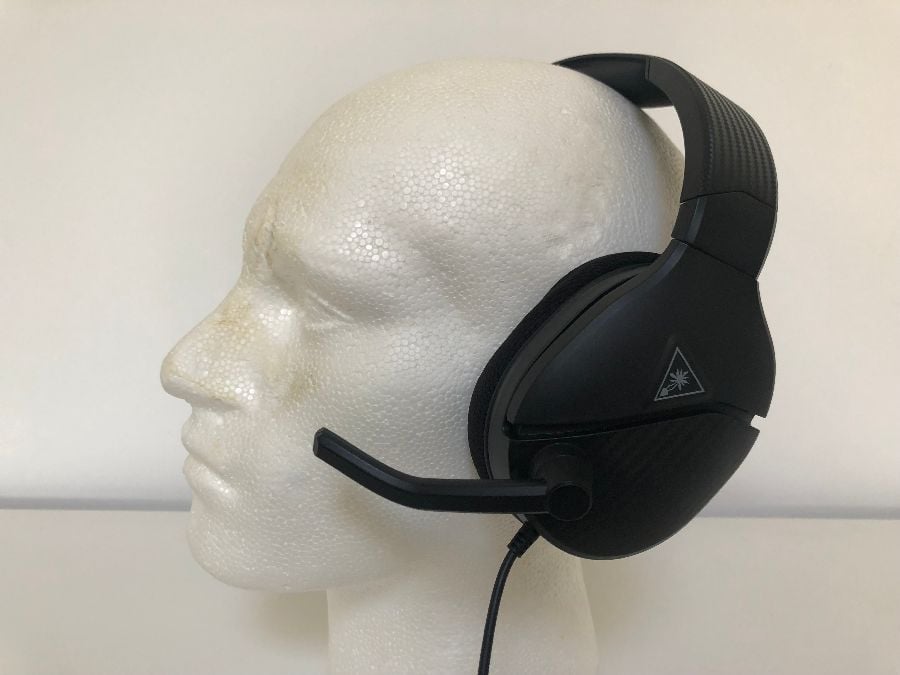 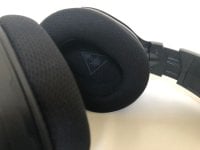 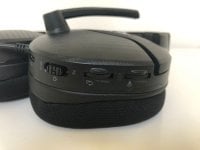 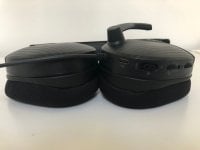 The microphone is a flip to mute model, so you have next to no customisation or fine-tuning to get the right distance to your mouth. This is both a blessing and a curse, which means set up takes seconds to flip it down and therefore on, but there is no option to bend it toward you. Audio quality is nice, though there is no isolation or background noise muffling so if you are surrounded by noise, be prepared to go around turning things off and moving to a better spot to bring those ambient sounds down. I noticed that a lot of the time when I clicked a button on my PS5 controller I could hear it through my headset which was a little annoying at times.

The dials on the back of the left cup correspond to the headset volume and the microphone volume, and I kept finding myself trying to increase the microphone volume but accidentally altering the headphone levels, which became aggravating to try to feel my way around each time. Perhaps the controls could have been in a better position or split across the two cups, or perhaps I haven't built enough muscle memory for them yet, but I really did get frustrated trying to continually adjust them, only to adjust the wrong one almost every time.

Comfort-wise I kept having to adjust the band to get a good seal around my ears, and I always felt it needed pulling down or a little positional tinkering throughout all of my gaming sessions. I used them to solidly level up through 100 rankings on Predator, so I can confidently say I used them for 30+ hours, but unfortunately I never fully warmed up to them. Directionally they certainly allow me to zero in on the Predator compared to using the soundbar and sub that I usually use, and I have to admit that sound recreation was superb, but generally, the Recon 200 Gen 2s seem to amplify the already reasonable sounds into levels that were too bassy, and as a result, bled over the top of other finer detail I needed to hear. 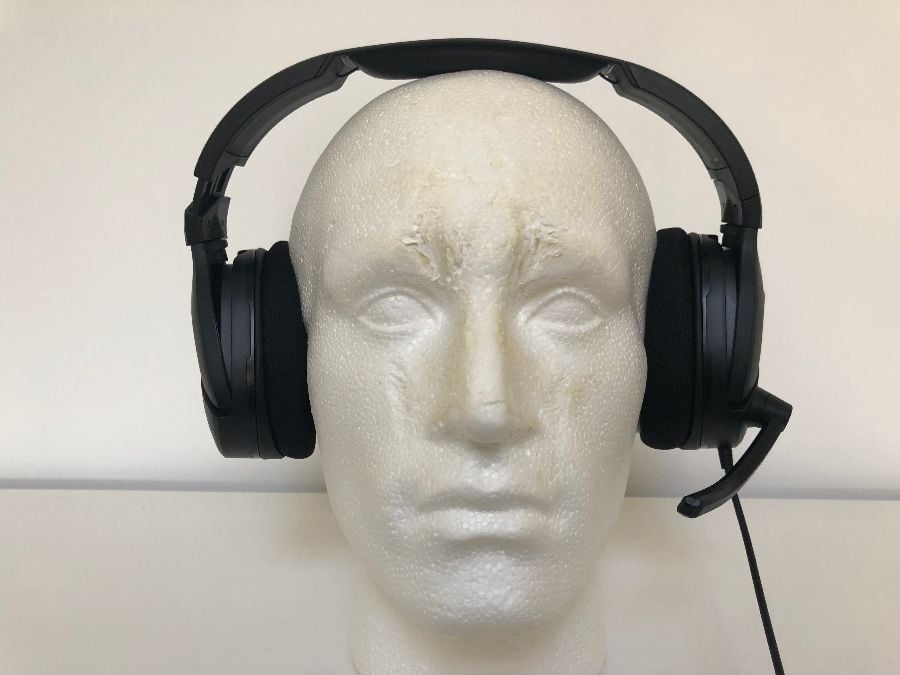 Overall I can kind of see the merits of this mid-ranged product, but I now absolutely believe that they are non-essential in their very existence. Sure--they offer amplified sound over, say, the Recon 70s, but they need charging to do so, and they don't sound anywhere near as good as the 70s when not charged. They also require power to give you any bass response, yet the Recon 500s require no charging to do this either, so I'm at somewhat of a loss to heartily recommend these other than if you're replacing your 70s and happen to stumble across these at £30 in the wild and have a good track record for keeping things charged. I still far prefer the 500s which can go for as little as just £55 when on sale and, when compared to the 200s RRP of £49.99 when not on sale, I would choose the 500s every time for powerful rich-sounding levels and no need for powering them at all!

I wanted to discover the power of amplified headsets and be blown away, but honestly, I didn't really feel these were better than slightly higher price bracketed models that don't require charging. It certainly is an odd one, given that it is indeed wired, but at least once it runs out of juice it can still be used un-amplified but why it doesn't sound as good as non powered headsets in the same range is beyond me.
Reactions: XAIXER, HellGhast and Mama Looigi
Share:
Facebook Twitter Reddit Pinterest Tumblr WhatsApp Email Share Link
I would say I'll stick to my Plantronics Rig-700 HS which is wire-less, super comfortable and nigh-on indestructible. Rig headsets can stretch out flat without breaking but from experience I find turtle beach headbands to be brittle.

As to the issue of fabric vs pleather ear-cups the Rig solves that problem in an ingenious way: the outer and inner wall are pleather for better sound insulation while the flat of the earcups is fabric for a comfortable contact against your skull.
Not quite hearing in 4K just yet
I'll buy a headset once someone makes a quality wireless open back set that supports Switch, PS5, Series X, PC and bluetooth.

@ AncientBoi: didn't come til tuesday A moment ago
Chat 4