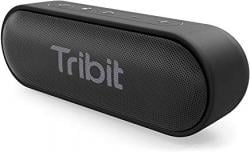 Another Tribit speaker, but this time on the lower end.
Tribit make superb wireless audio equipment, we've established this much in previous reviews, but what can they do on a sub £30 budget? Let's take a look!

Tribit are fast becoming industry bar setters across their range of speakers and headphones. With incredibly tuned devices offering huge battery life, value for money, and waterproofing to boot, is there nothing this company cannot master? Upon opening the box you are met with the signature super-minimal yet stylish packaging that houses the unit and the accompanying parts. Not only do you get the obligatory USB cable to charge it, you also get a braided wrist strap to make this pocket-sized speaker all the more portable and situation friendly. The packaging on these smaller speakers are more compact than the larger ones, and you have to empty the box of its supporting cardboard inserts just to get the instructions and charger cable out; let's be honest though, you likely know how to pair a bluetooth speaker and you probably have a micro USB cable or three lying around. 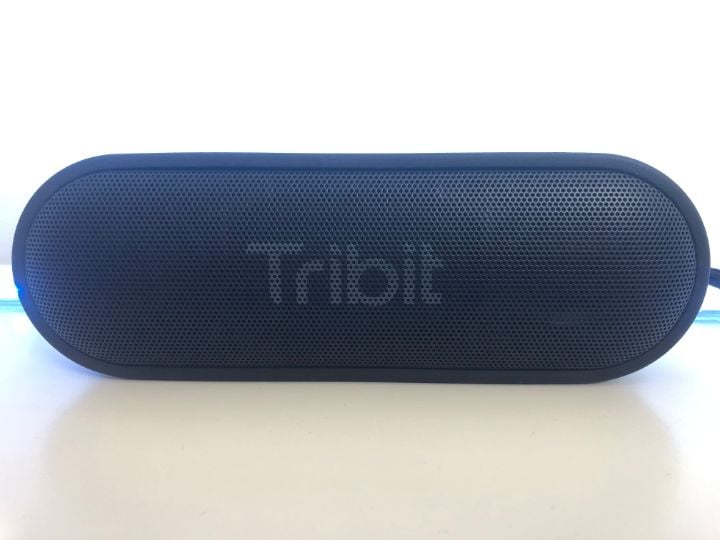 The speaker comes in two colours, black and blue, the version I received being the black variant with its pleasing matte finish that looks rubbery to the touch but is in fact a toughened plastic. The rigid material it's composed of does raise a small concern that if you were to accidentally knock it onto the floor, there may be no forgiving cushioning or dampening as it doesn't have any kind of bouncy rubber coating. I suppose that is where the strap could play to its strengths and eventually be a lifesaver, should you use it for its intended purpose. Nintendo had wrist straps for their Wii Remotes to prevent users dropping them or worse, flinging them into their TVs, and though I don't foresee the same thing happening here it's definitely useful to have the strap to hand. You could also use it to suspend the speaker from a tent's inner structure if you happen to be camping, or even tie it to a ladder or scaffold if you're working outdoors.

Overall the build quality, look, and feel are superb, and it's an attractive little device to have in your bag or pocket, or even by your bed for casual listening. Without the XBASS function and the extra thump of the additional end speakers however, the sound quality isn't quite the same as its larger cousin, the Maxboom. Comparatively the XSound Go definitely lives up to its portable namesake, and to that extent it is technically in a class of its own, and achieves a lot for such a small device with a low price-point. The XSound Go produces crisp clean sound; even at high volumes I noticed zero crackle or distortion, but for my personal taste in music, I just can't help wishing it could produce a punchier bass. Credit where credit is due: this thing can fill a room with sound, but it doesn't have any richness to elevate its ability to sound exquisite, but this is understandable given its stature and 2x6w specification. It isn't a premium product and it isn't built to fill a room with an audiophile's idea of perfect range and fidelity, but what it will do is blast out your tracks at jaw dropping levels for a very long duration with a frequency response of 85-20KHz via its distortion-free passive radiator. 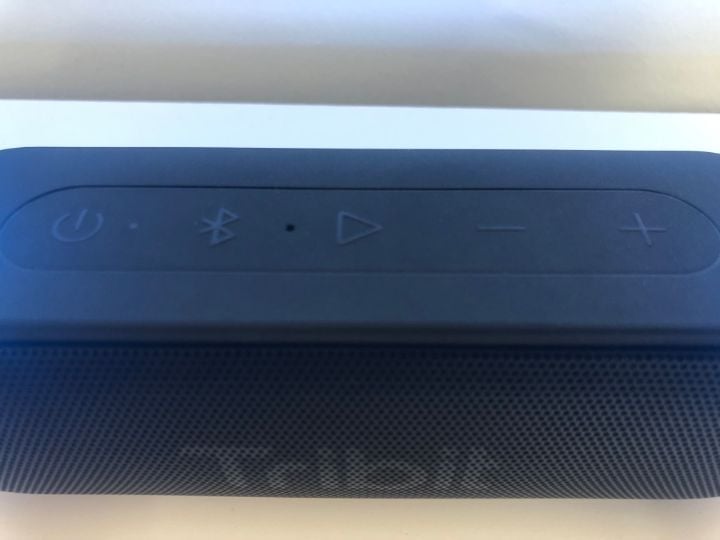 Volume adjustment is almost perfectly synchronised with the levels displayed on my iPhone. This was an odd and small inconsistency I initially found with the Tribit Maxboom, but it's definitely not as much of an issue with the XSound Go. Instead I found that if you turn the volume down entirely with the buttons on the top, you could visibly watch the volume go to zero on the iPhone to match the expected level. If however you go onto slide the volume back up to say 5%, or click your volume button back up one notch, the speaker would occasionally blurt out at around 25% volume before immediately settling back down to the expected 6%. For reference, my iPhone 8 Plus takes exactly 16 clicks to get from zero to one hundred percent, so these values are simply based on the 0-100 volume slider being divided by 16 clicks. These jump scare moments definitely took a few minutes off my life, making me freak out and duck for cover from the sheer unexpectedness of the levels.

The Tribit XSound Go is a compact master stroke for those who wish to have music on the go but want something louder and far better quality than their built-in phone speakers on a budget. I could see this being a favorite for kids and adults alike when at the beach, at the park, in the car, on trips, or just for easy listening in bed or at your desk. I have tested this speaker against a couple of £15-35 Bluetooth speakers I had laying around, and I can proudly confirm that it far exceeded anything those ones could do by a country mile. I would go as far to say that it's obscene how clean and clear the music can pump through this little speaker, for up to 24 hours; it just doesn't add up for the price, it shouldn't sound this good, but it does!

@ kenenthk: Turns out Maurice grows to make billions and you end up wishing you have what he has 1 minute ago
Chat 2