The Tribit MaxSound Plus is a Bluetooth portable speaker designed to provide exceptional sound at a low price. But can it deliver? 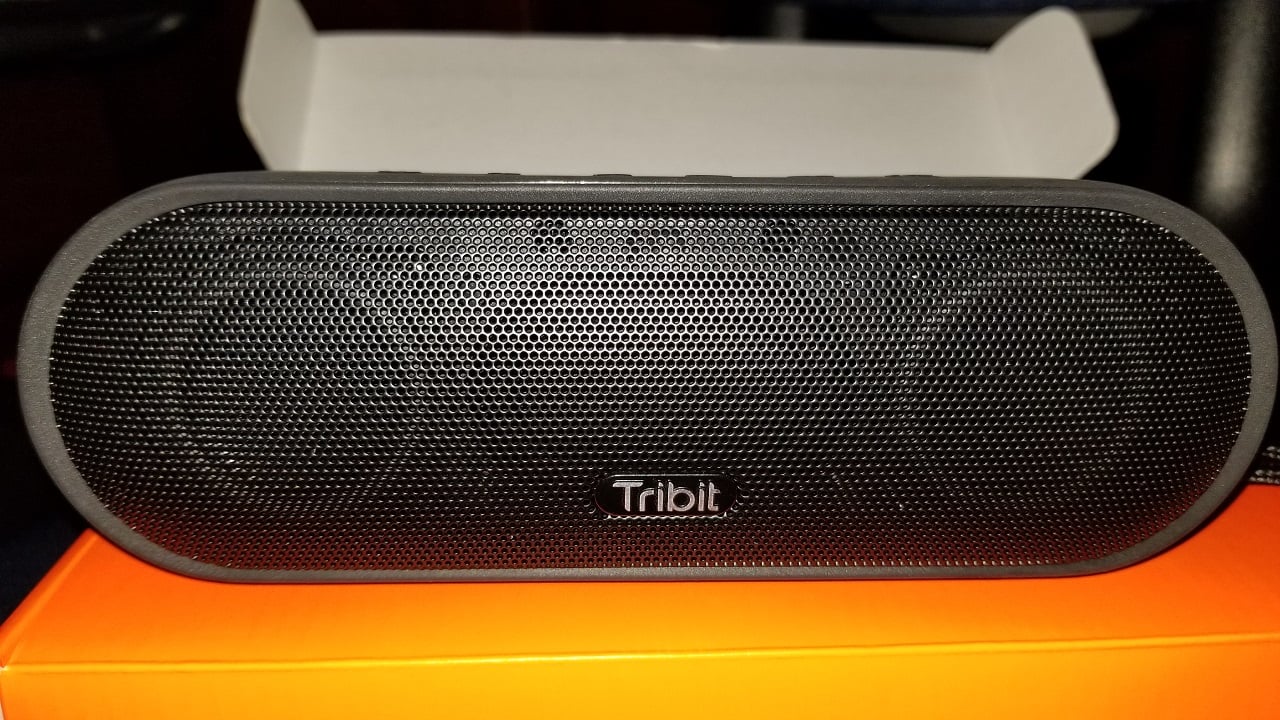 When you first open the box, you’re given a wonderful welcome: “Welcome to be Tribit Super User”. Not exactly a great first sentence, but ignoring that and we continue on to find the speaker itself, wrapped in a small foam bag, some documentation, and a small box containing the very thin and very cheap feeling micro USB charger and a 3.5mm audio cable, if you wanted to connect to the speaker directly. The build quality of the speakers, however, is rather extraordinary. I almost feel like I could truly chuck this thing around without worrying about breaking something (beyond, perhaps, whatever I throw it at). The MaxSound Plus features 2x 12w speakers, for a total of 24W, and two 45mm passive radiators with one on the front and one of the back. On top of the speaker you’ll find six buttons: power, Bluetooth, a multi-function button, volume controls, and the “Xbass” button, which I’ll get to in a moment. On the back is the very well sealed (and, as a result, difficult to open) input ports for micro USB and 3.5mm, as well as a second speaker grill for the back passive radiator. The multifunction button allows you to control your devices: one push for play/pause, two pushes for next track, three for previous track, once for answering calls, and hold for two seconds to reject a call…which are interesting choices, as the MaxSound Plus does not feature a microphone at all, and thus could not be used to send or receive phone calls without having the physical device. 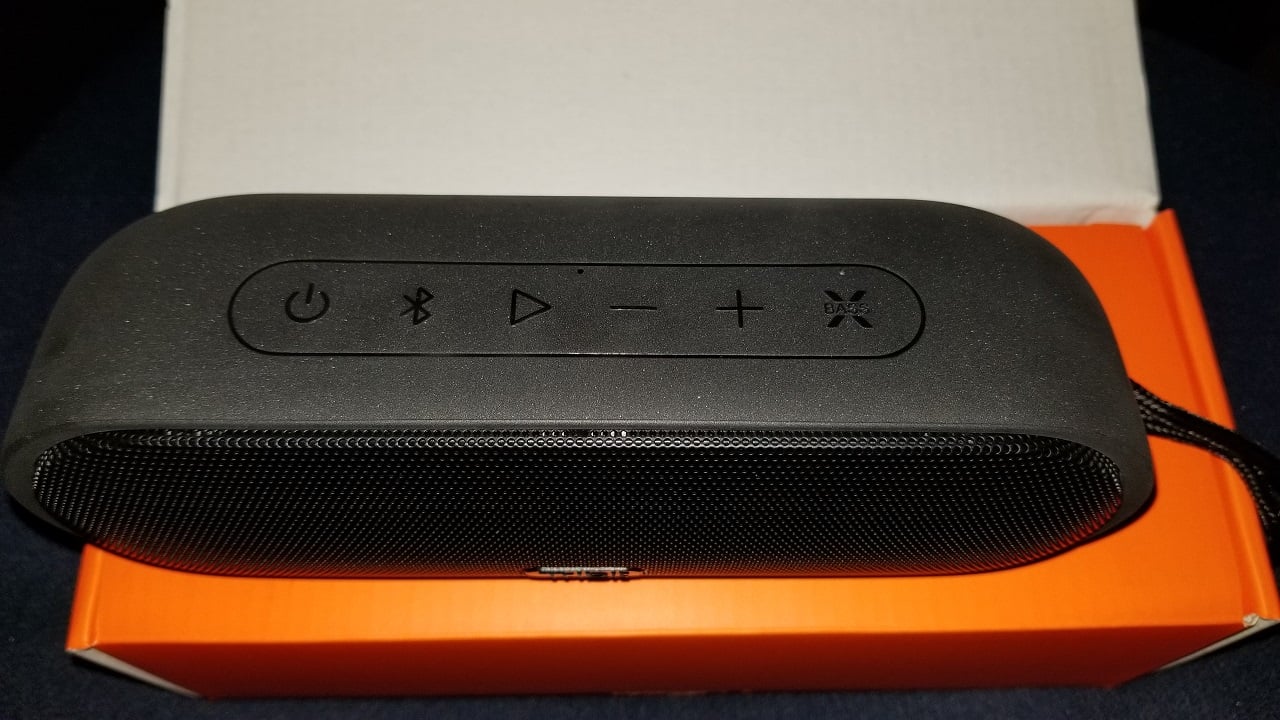 So how does it sound, then? Absolutely amazing. I’ve used portable bluetooth speakers that are twice as expensive as the Tribit that sound worse than this thing does. The highs and mids sound wonderful with the 2x 12w speakers, and thanks to the passive radiators this thing BUMPS the low frequencies like nobody’s business, especially after you enable “Xbass” mode. What is Xbass mode? According to Tribit, Xbass is “proprietary bass technology” that “enhances your music's bass frequencies in real time.” So what does it do? To be perfectly honest, I have no idea. From what I can gather, enabling the Xbass mode seems to push more air towards the two passive radiators, which in turn produces more bass for your music. And the additional bass is crystal clear, it's not muddy, overbearing bass like some audio manufactures tend to lean towards when they advertise "lots of bass!" in their speakers...But I have no idea how that’s achieved; you can’t just push a button and have small speakers like that magically generate more air pressure to drive those passive radiators (that I’m aware of, anyways). “But Tom, what’s a passive radiator?” tl;dr, it’s basically a speaker but without the usual magnetic drivers. Passive radiators produce sound via air pressure, instead of magnets (how do they work?), and is usually responsible for producing lower frequency sound. However they achieve this, the MaxSound Plus pushes out enough bass that I could feel the thing vibrate my work desk with ease. If you don’t like excessive amounts of bass while you listen, you can simply disable the feature with the push of a button.

But surely with all that power this thing eats the battery, right? Sort of. The internal battery for the speaker is 2200mah, and is advertised to have about 20 hours worth of play time, depending on your volume choices. At approximately 35-45% volume (according to Windows), I was able to get about 16 hours worth of play time across two days of use, which is close enough to the estimate that I’ll give it a pass. I do wish the speaker had some kind of battery indicator on it somewhere, as you won't know if it's low on battery until you hear a voice telling you it's low, and even then you won't know how long you have, as about 20 minutes after I got the "Battery is low" message the speaker just up and died. A ring of LEDs around the power button, for example, would be a perfect battery indicator.

In terms of range, the MaxSound uses Bluetooth 4.2 and claims a maximum distance of about 100ft while maintaining connectivity. In practice, this is pretty close to accurate. After pairing the device to my phone, I was able to walk all throughout my house, into my basement, around my yard, without having any perceived drops in quality or transmission. I will admit that none of these distances reach the actual 100ft range, but with the amount of interference in my house, and going through multiple walls and floors, I would say it’s at least close to the mark. In regards to Bluetooth profiles, the MaxSound supports A2DP, AVRCP, HFP, and HSP. The only issue with Bluetooth connectivity I’ve found is a little bit of latency when it comes to watching videos which causes the audio to be slightly out of sync, although this does vary depending on the device. With my Windows PC using a cheapo BT dongle and my Samsung Galaxy S8, I had no problems with audio sync and everything seemed to be working fine. With my laptop and my Shield TV, there was nearly one second of delay which made pretty much all visual media unwatchable. But that doesn’t really matter much, as you don’t generally use small Bluetooth speakers like this for dedicated movie watching anyways. 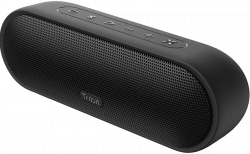