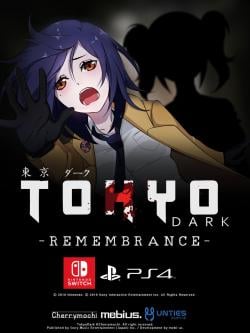 When her partner goes missing, Detective Itō Ayami gets dragged into an investigation that leaves her questioning her past and her sanity itself.

Tokyo Dark: Remembrance is the story of Detective Itō Ayami, a four-year veteran of the Tokyo Metropolitan Police Department, as she searches for her missing partner. In the course of her investigation, she’s forced to confront her own dark past and her sanity unravels as she reckons with impossible, supernatural forces. As she becomes more desperate, her behaviour becomes erratic and the line between reality and delusion is blurred.

The most striking thing about Tokyo Dark is its presentation. The music is wonderfully versatile, deftly switching between moods without ever being too noticeable. During the horror scenes, it shows restraint in not being bombastic or distracting, but still unsettlingly worms its way into your ear and makes something feel off. Similarly, the art is gorgeous, full of life and colour to betray the darker sides of the story. Visual novels have always been well-suited to horror as they usually feature simple controls and rigid structures to the way their conversations look, setting very comfortable expectations for the player on how things should work, and it’s always effective to see those conventions broken when the player needs to be unsettled. Tokyo Dark doesn’t pull this trick often, but when it does it not only creates that creepy atmosphere, it puts us in Itō’s head without her having to spell out her thoughts. 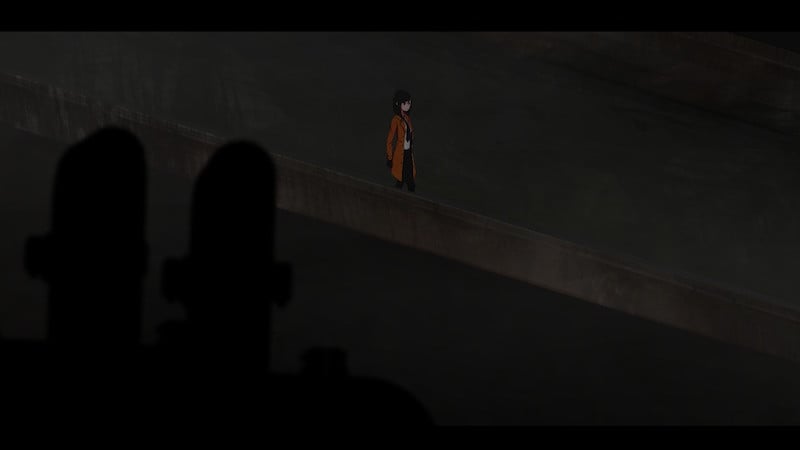 As well told as the story is, the issue is with the story itself. Neo-noir detective stories are well-trodden ground and Tokyo Dark doesn’t do enough to distinguish itself from the pack. Like most protagonists in this genre, Itō is tortured by her past, but given the way the supernatural elements tie into her story, she’s absolved of any real culpability for her sins. She never seems to feel particularly guilty about what happened, so the way that her past continues to affect her is mainly in practical ways, like people's perception of her and how that impedes her ability to investigate. That’s fine from a plot perspective, but it leaves us without any real emotional anchor to latch on to to connect with Itō, and without any investment in her well-being it’s hard to be scared when she’s threatened. There are other attempts to humanize Itō, with mixed effect. She’s worried about her partner but since he’s only seen in flashbacks, it’s hard to get a proper sense of what he’s like, how their relationship changed her or why he’s so important to her. The most relatable Itō ever comes across is in her interactions with cats. She has a soft spot for them and whether she’s talking to her own or some of the other cat lovers you’ll run into, these moments lead to some of the only levity you’ll find and were the only thing that made me feel like Itō was a real person with a life and personality outside of the events of the game. 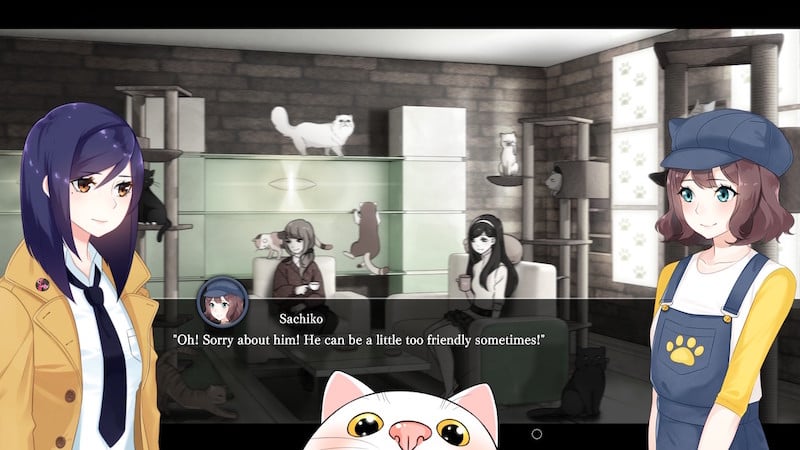 But noir stories don’t need strong protagonists to work. A good mystery is the core of the genre and a tightly-woven plot with lots of plausible suspects, conflicting personalities or sinister motivations can overcome a weak main character. After all, if the mystery is engaging then we just need the detective as a self-insert and any real characterization might get in the way of that. Unfortunately, Tokyo Dark falls short here as well. We know pretty much from the beginning who’s at the centre of this mystery, even if we don’t know much about her, and we know that she’s supernatural, so the mysteries surrounding her aren’t all that intriguing because once supernatural elements are introduced, anything goes. It’s hard to get invested in the breadcrumbs you pick up during the investigation because there’s never a sense that you could possibly connect these dots yourself; you’re just waiting for someone with knowledge of the supernatural to spell it out for you. That feeling of being strung along is mitigated somewhat by the excellent pacing of the investigation. The game is careful to never overload you with information or make you wait too long before a new clue, and the dialogue is snappy enough that if a conversation ends up going nowhere, you don't feel like you've wasted a lot of time. The only problem slowing down the investigations is how linear they are.

Tokyo Dark advertises itself as a mixture of point-and-click adventure games and visual novels, and while that’s technically true, it’s heavily weighted in one direction. As you explore the seedy underbelly of Tokyo, you’ll get into long, involved conversations with a memorable cast of characters. You’ll be faced with moral dilemmas that will impact your sanity and what choices are available to you moving forward. What you won’t do a lot of is actual investigating. Every item you can interact with in every room is highlighted from the jump, and you don’t even need to cross the room to inspect it. On top of this, a lot of the time you won't be making your own choices on where to investigate. Your choices about Itō's methods of investigation at certain points feel impactful, but in terms of plot progression, it's decided for you where you go and when. Combine this with the fact that all points of interest are already pointed out to you, and it's hard to feel like you're taking an active role in the investigation. Granted, video games have always struggled with finding the right balance between giving a player agency in an investigation and subjecting them to the ruthless tedium of searching every square inch of a room, but that doesn't stop it from being an issue here. There’s also a noticeable lack of puzzles that have often defined the point-and-click genre. There’s one basic one near the beginning and some of the errands your sources send you on might charitably count as puzzles, but the solution is usually just being able to remember the characters you’ve spoken to before now and it'll be obvious which one can solve this other character's problem. 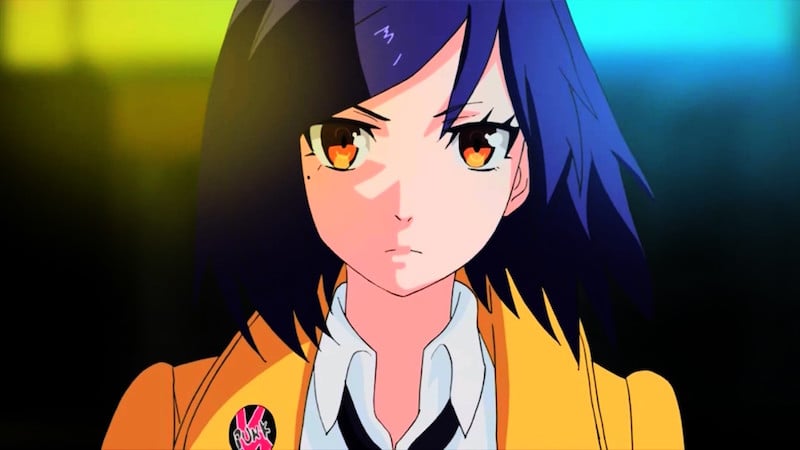 The other notable feature in Tokyo Dark is the S.P.I.N. system. Standing for Sanity, Professionalism, Investigation and Neurosis, S.P.I.N. is a measure of Itō’s mental well-being and it’s affected by most actions you take. It also determines what options are available to you; an unprofessional Itō might have trouble getting people to cooperate or one with a low investigation won’t notice things other people will. It’s a bold statement of intent to put a scale measuring Itō’s stability so front and centre, but it actually hurts the game’s efficacy as psychological horror. You’re alerted every time your stats are affected, which is important to help players understand the system, but it also completely takes you out of the moment when something horrific happens and you see an arbitrary number define exactly how insane it made you.

The most interesting aspect of the S.P.I.N. system is neurosis. You gain neurosis from doing repetitive actions like pacing back and forth in an area or talking to the same people over and over again. Basically, the types of things people do when they’re stuck in a puzzle game. In theory, it’s a great idea. It applies real-world logic to video game actions in a way I haven’t seen before, and puts extra pressure on the player to solve puzzles quickly; pressure that might make them act erratically, such as resorting to violence rather than diplomacy to solve social situations, thus creating this image of Itō as an unhinged cop organically through player choice. In practice, not enough is done with the idea. The lack of puzzles (and simplicity of the puzzles present) means there was never sufficient pressure on me to really see my neurosis go up, and there were such ample opportunities to reduce it that I actually ended the game with a healthier neurosis score than I had at the beginning. That’s really the problem with the whole S.P.I.N. system. It did impact my game to an extent, but unless you’re really trying to push your scores to the extreme, they’ll end up hovering around the middle and the impact will be minimal. 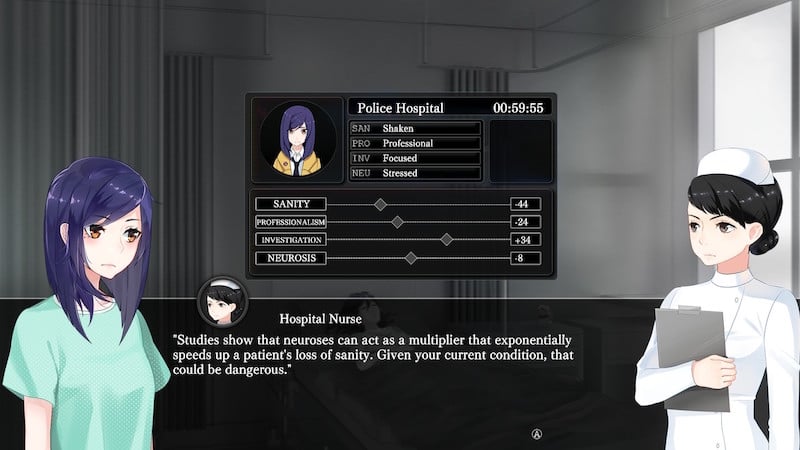 Tokyo Dark isn’t a bad game. A lot of its big ideas don't land, but it does nail the fundamentals. There’s enough levity to stop the tone from being too unbearably grim, the investigations are paced excellently and the audio-visual design is good at making what’s happening on screen seem more substantive than it actually is. I stayed engaged with it pretty much the whole way through. But that’s the thing about mystery stories. It’s easy to forgive a lot as long as you have faith that the payoff will be worth it. The window dressing was good enough that I believed that all the clues would click together in a way that made me feel stupid for not seeing it before, that the theatrics of the S.P.I.N. system would play a bigger role in the ending, that the villain would have a clever motivation or origin. And when the ending comes and goes without any of those things happening, it amplifies all the problems that came before, as you turn them over in your head and wonder what the point was. If you’re looking for a slight diversion, something spooky to kill a few hours with, you can certainly do a lot worse than Tokyo Dark. Just don’t expect it to stay with you for very long afterwards.