Single player
Local Multiplayer
Online Multiplayer
Co-operative
Supermassive Games is back with a new game packing the developer’s iconic mechanic that focuses on quick-time events and branching plot based on narrative choices. How well executed are these in the new cinematic title The Quarry?

The Quarry’s plot centres around a group of 9 teens who have enlisted to be counsellors at the summer camp in Hackett’s Quarry. But as you explore the secluded locale before and after the start of the summer camp, it becomes increasingly evident that there is more to the Quarry’s seemingly quiet and peaceful facade than meets the eye. And it just so happens that the teenagers are forced to spend one more night at Hackett’s Quarry, just when hunting season begins.

The question that you’ll learn to grapple with is: will you be hunted? And by whom or… what? You’re in control of your destiny in The Quarry as your choices ultimately determine how your story unfolds. Just remember: what doesn’t kill you, makes you stronger. 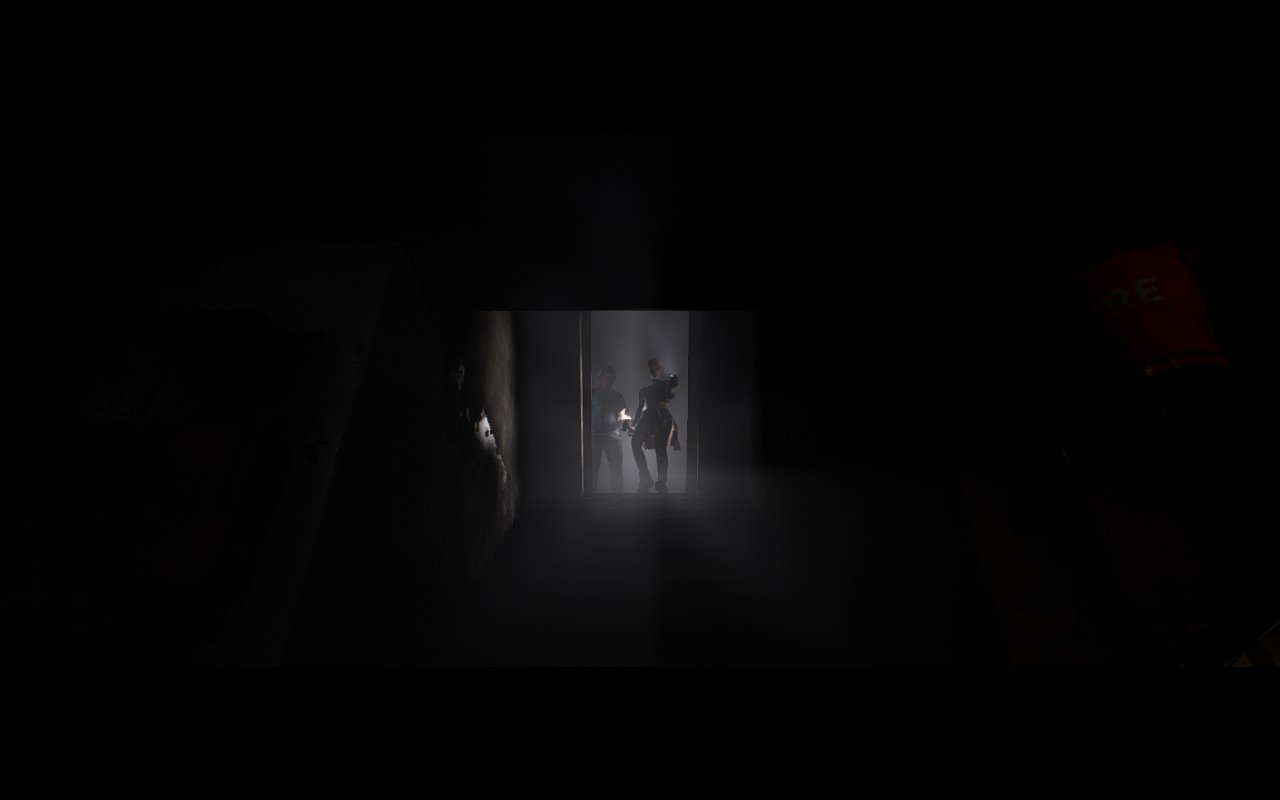 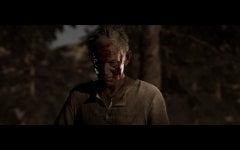 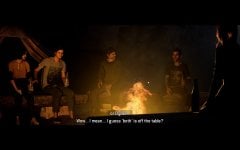 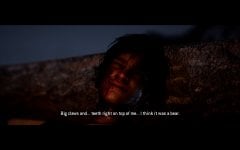 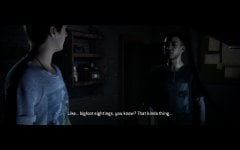 As a game that evidently strives to capture the cinematic presentation, The Quarry hits the mark. The star-studded cast aside, the exposure, camera angles and aesthetics adds to this feeling from the get-go. The detailed texture of the environments and character models also aid in this aspect. Even if I played on a handheld device, the AYANEO NEXT, the graphics leaned towards the realistic side and the quality of the textures made the universe feel more lively, unlike other recent titles like Vampire: The Masquerade - Swansong.

On a technical aspect, The Quarry holds up, even if I did encounter some of the lip-sync being off and minor stuttering in the pre-launch build I played. Hopefully this is just a temporary issue with the pre-launch build; but even then this was not very common and was easy to overlook. 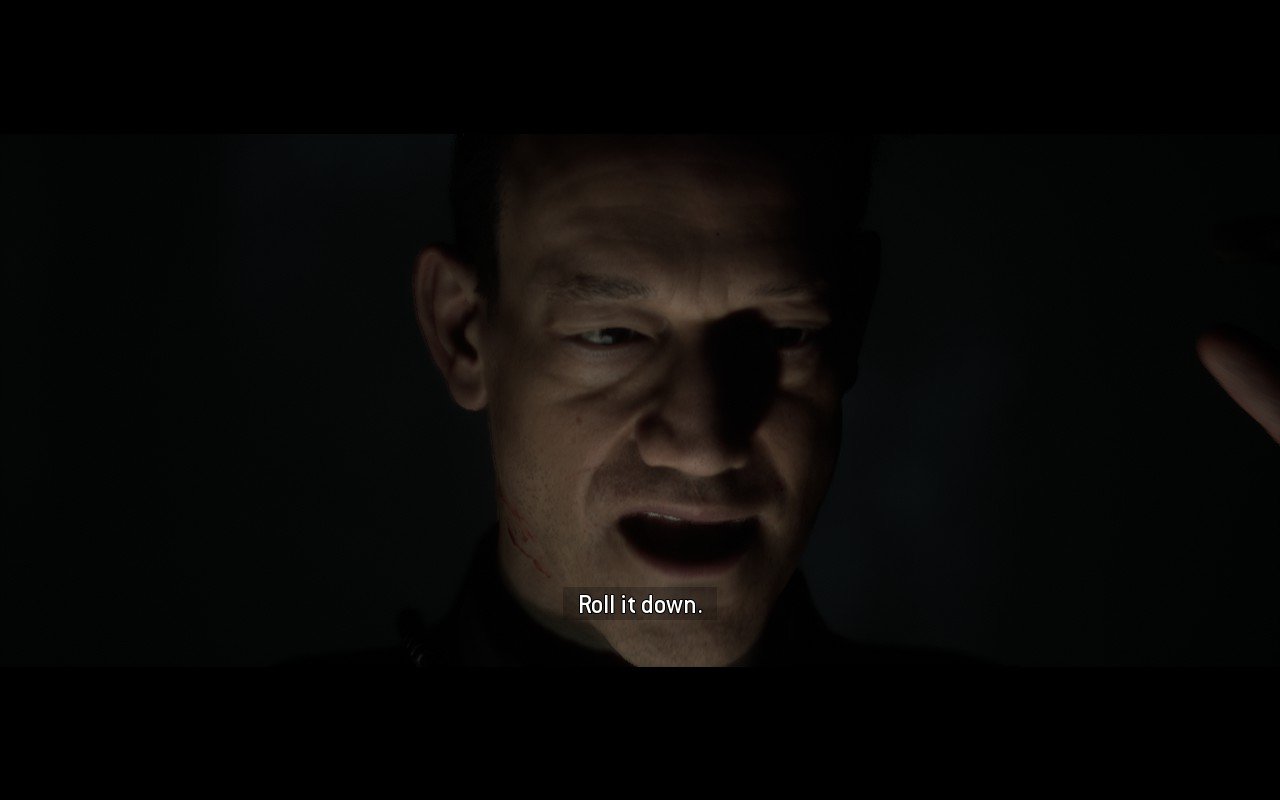 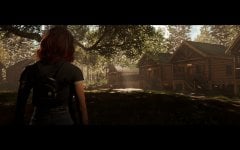 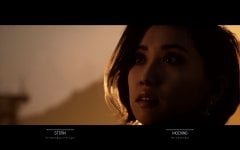 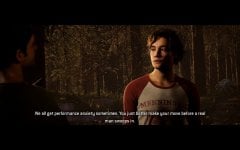 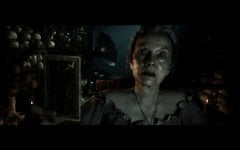 The Quarry’s gameplay revolves around exploration, quick-time events (QTEs) and decision-making. You’ll take turns as each of the 9 counsellors to explore your surroundings in third-person. These exploration segments aren’t just to take in the various sights across Hackett’s Quarry and the surrounding woods, but also to find items and clues that can help you in the future as well as to piece together the mysteries underlying the many predicaments you will find yourself in.

By getting you to play as different characters, you’ll also get to see events from different perspectives. This can help shape your decisions as you engage in conversations or undertake certain actions. Indeed, you will also juggle friendship, animosity as well as romance during your stay at Hackett’s Quarry; and how you interact with other characters determines how the story unfolds. I commend how Supermassive Games handles the multitude of player characters as the way they are introduced and controlled doesn’t feel overwhelming or confusing. This is because they are eased-in in bite size fashion, with chapters often involving two or three characters that develop their respective arch. 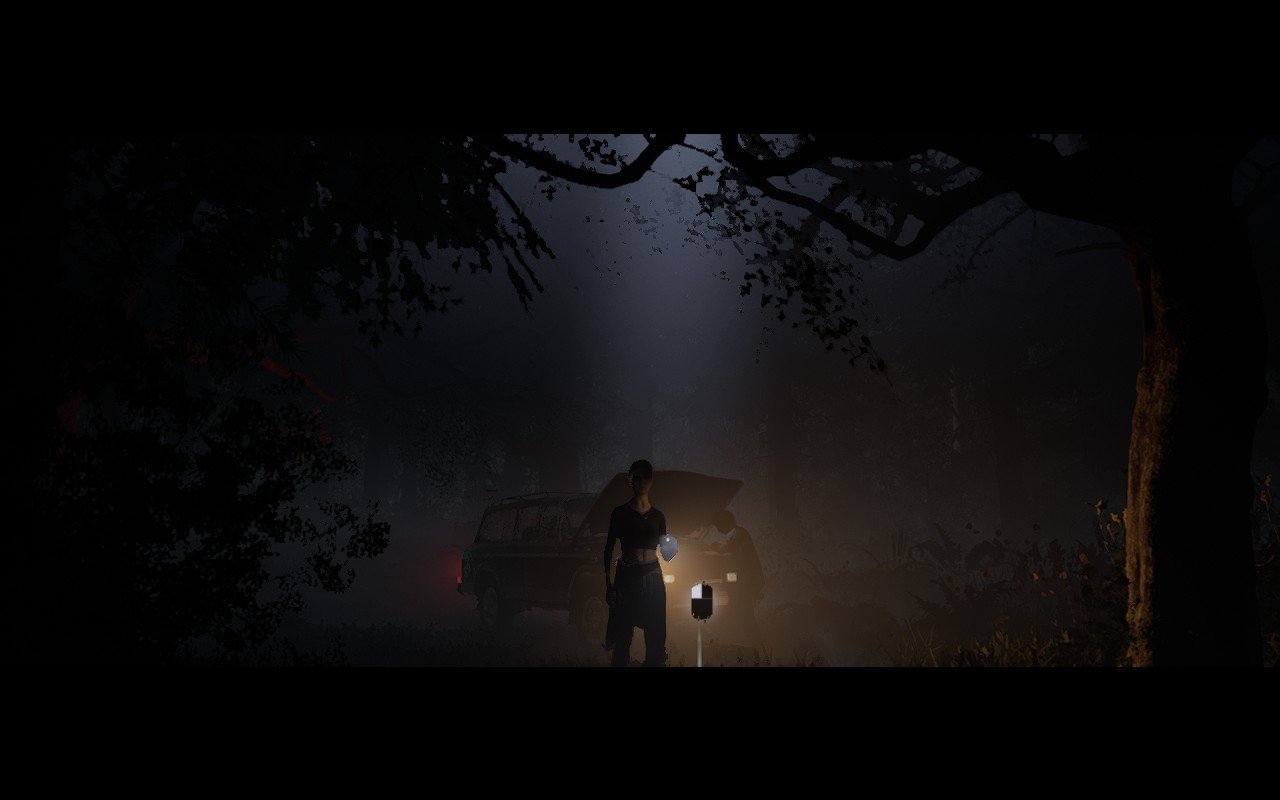 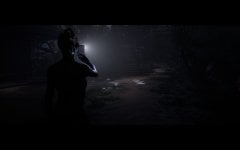 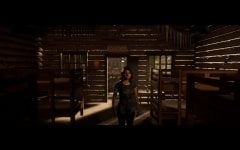 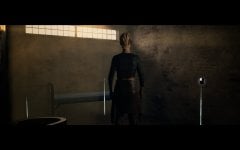 As with other Supermassive Games, The Quarry heavily relies on QTEs. This involves the likes of hitting the A button successively to successfully cross a beam or tilting the analogue stick in the direction indicated on-screen for your car to swerve or to dodge a rogue branch. However, the QTEs are executed with interesting twists such as holding your breath while hiding until it's safe to escape or aiming your gun and shooting in time. This enables the title to take a more action-oriented approach to QTEs. Nevertheless, even the regular QTEs do help to keep you on your toes and adds to the horror atmosphere of the game.

What also kept me on my toes is the decision-making. These are binary choices and are initially introduced in innocent ways, but later on your choices can have life-or-death repercussions, and often not evidently so. Therein lies the challenge in The Quarry as you might not realise how a particular choice, as gruesome or morally challenging as it might be, can influence the fate of the characters until later on in the plot.  Making choices always got me thinking about “what if” scenarios regarding other potential paths had I opted for a different decision.

Speaking of life or death, the ultimate aim of The Quarry (although unspecified) is to get as many characters to survive through the night by the end of the game. Some of the main characters might encounter their untimely demise based on the paths you take but Supermassive Games have been gentle enough to include a life gauge through the 'Death Rewind' feature accessible after beating the game or if you have the Deluxe Edition of the game. I only encountered this towards the end of the game but was positively surprised to see this inclusion. You have 3 lives that let you rewind back to a turning point which led to the death of the character in question. After you’ve used up those three lives, the game still continues but it’s permadeath for anyone who meets their demise from then on. However, bear in mind that this 'Death Rewind' feature is only available to players who have either completed the game at least once or  purchased the Deluxe Edition. 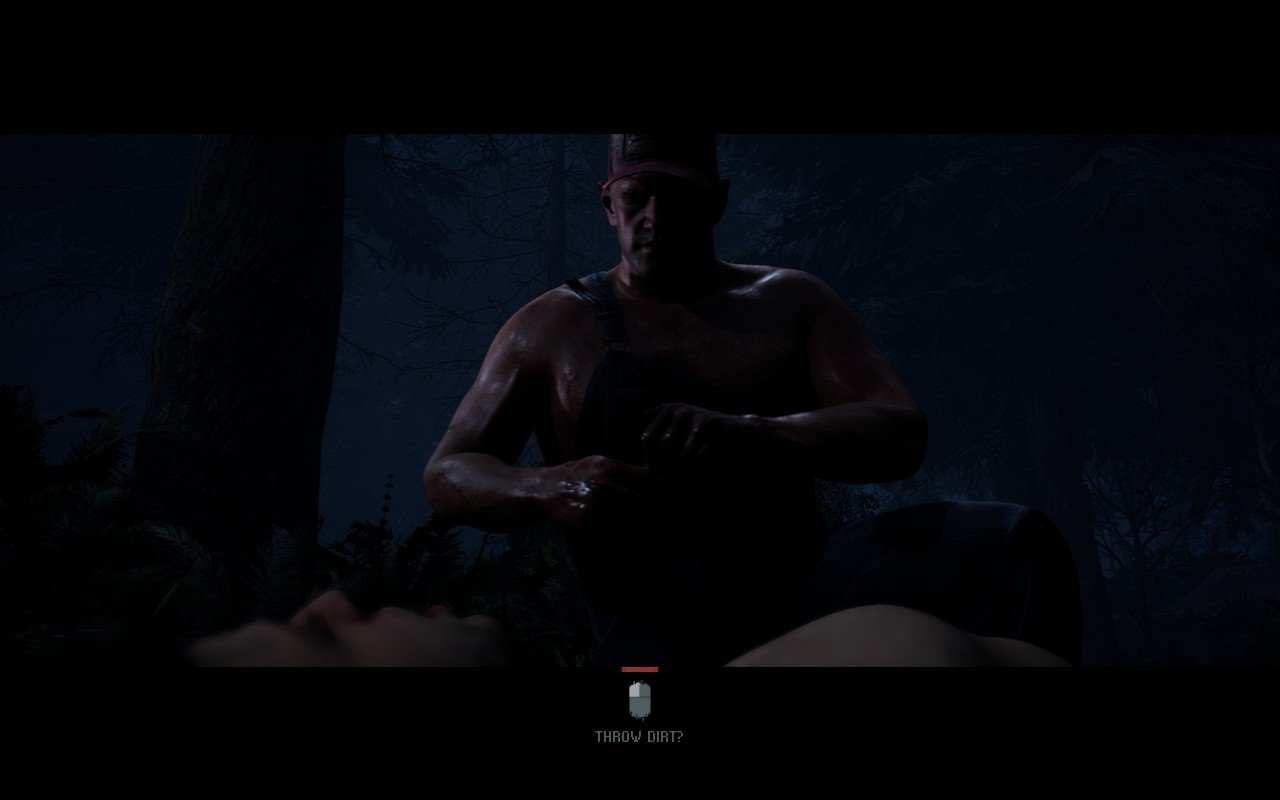 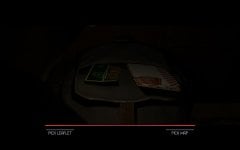 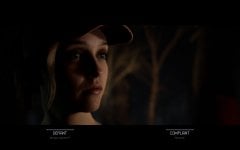 Despite bringing some interesting mechanics and plot twists, I’ve had some gripes with the way Supermassive Games executed The Quarry. For one, the characters’ personalities often feel over the top. I get that it might be to add to the campy feeling of the title but this often feels too much for its own good given that it accumulates to the point of being cringe-inducing. This is exacerbated by the tropey nature of the main characters. The muscular romantic dude, the science-y dude, the attractive young dudette, the shy young dudette and the big, scary muscle head are all there. That’s not all, as the player character lines and acting are often cringeworthy; and while I get that they’ve been written for teens, they might just as well have been written by teens trying to be edgy. In addition, based on certain choices, things can get a bit awkward even, leading to the execution to feel off.

That said, the couch co-op mode can help overlook (or even indulge in) the campiness of the game. Given the nature of the gameplay, it’s also very approachable for non-gamers to pick up, making it an adequate adventure to embark on with the non-gamer player 2 in your life. This is moreso given that The Quarry is not a particularly long game, clocking in at around 10 hours.

If you like games where choices matter, The Quarry is worth diving into given the branching aspect of the plot based on your in-game decisions that can lead up to a whopping 186 endings. This alone gives it tremendous replay value, provided that you don’t mind the often tropey and cringeworthy nature of the characters. If their personalities were more grounded, the game could have delivered a more compelling experience but the experience is still memorable as it is.

What We Liked ...
What We Didn't Like ...
8
Gameplay
While the in-game choices that are thrown at you are binary, the way they influence the fate of characters is subtle and represents the real challenge.
7
Presentation
Supermassive Games hits the mark with the cinematic exposure, complete with a star-studded cast and detailed visuals, but the characters are often too tropey and cringe-inducing for their own good.
8
Lasting Appeal
With the branching aspect of the plot woven into the mechanics that can end up in 186 potential endings, The Quarry offers much replay value.
7.8
out of 10

As a horror-themed game driven by your decision, The Quarry delivers a memorable experience with a cinematic look and feel, even if it often leans too much on tropes and cringe for its own good.
Reactions: Mama Looigi, KiiWii and SommaCruz
Share:
Facebook Twitter Reddit Pinterest Tumblr WhatsApp Email Share Link
No local multiplayer, no online multiplayer, yet there is co-operative as a feature?

Complaining about a game modeled after 80s horror films for having tropes? Uhh ok.

Also, "tropey" is not a word and it really bugged me that you used it so much.

What? The game has both couch co-op and an online mode. Where did you get this "No local multiplayer, no online multiplayer" info from? Becasue it's wrong. I mean, the article even mentions the local co-op multiplayer. Did you even read it?

With local multiplayer each person can control a different conselors actions. With the online mode (which has been delayed until the beginning of July), the host controls things but the rest of the players vote on decisions.
186 endings…. Legit interested…
Reactions: Prans

alt_Human said:
What? The game has both couch co-op and an online mode. Where did you get this "No local multiplayer, no online multiplayer" info from? Becasue it's wrong. I mean, the article even mentions the local co-op multiplayer. Did you even read it?

With local multiplayer each person can control a different conselors actions. With the online mode (which has been delayed until the beginning of July), the host controls things but the rest of the players vote on decisions.
Click to expand...

On the right side of the review they put product info and game features, it stated there no multiplayer but yes to co-op
it was supposed to be a nudge to that to fix it
Reactions: Phearoz, alt_Human and Prans
I'm really interested in this game. Too bad I can't spend a f*****g cent in games right now, since Iam renovating my future home.
But surely this is a game I'll buy when the time will be right.

DBlaze said:
On the right side of the review they put product info and game features, it stated there no multiplayer but yes to co-op
it was supposed to be a nudge to that to fix it
Click to expand...

Gotcha. My bad.
seriously one shouldn't spend 60bucks for a movie, it's not worth it.

leon315 said:
seriously one shouldn't spend 60bucks for a movie
Click to expand...

I agree! I paid $85 with tax for the deluxe version. (Not really. I used my saved up MS Rewards points for it.)
To me, this sounds kinda similar to that other horror game that had QTEs - Until Dawn. Not at all interested in horror, but, well...which is better, The Quarry or Until Dawn?

AkiraKurusu said:
To me, this sounds kinda similar to that other horror game that had QTEs - Until Dawn. Not at all interested in horror, but, well...which is better, The Quarry or Until Dawn?
Click to expand...

There's also the Dark Pictures games by the same devs, but it's kind of like trying to compare Friday the 13th, Halloween, and Nightmare on Elm Street. They're all similar in many senses, and also both better and worse than each other for different reasons. If that makes sense.
Reactions: AkiraKurusu
ahh when i clicked first Q was is it like those games on the Ps3/4 that have super amazing graphics on the models, but have 0 game play and is like a railgun game making choices.

Then less than a minute into the trailer it became clear.

tho WOA DUDE, Ethan Suplee (most may know him from Evolution or Randy from My Name is Earl) has put some serious work in. 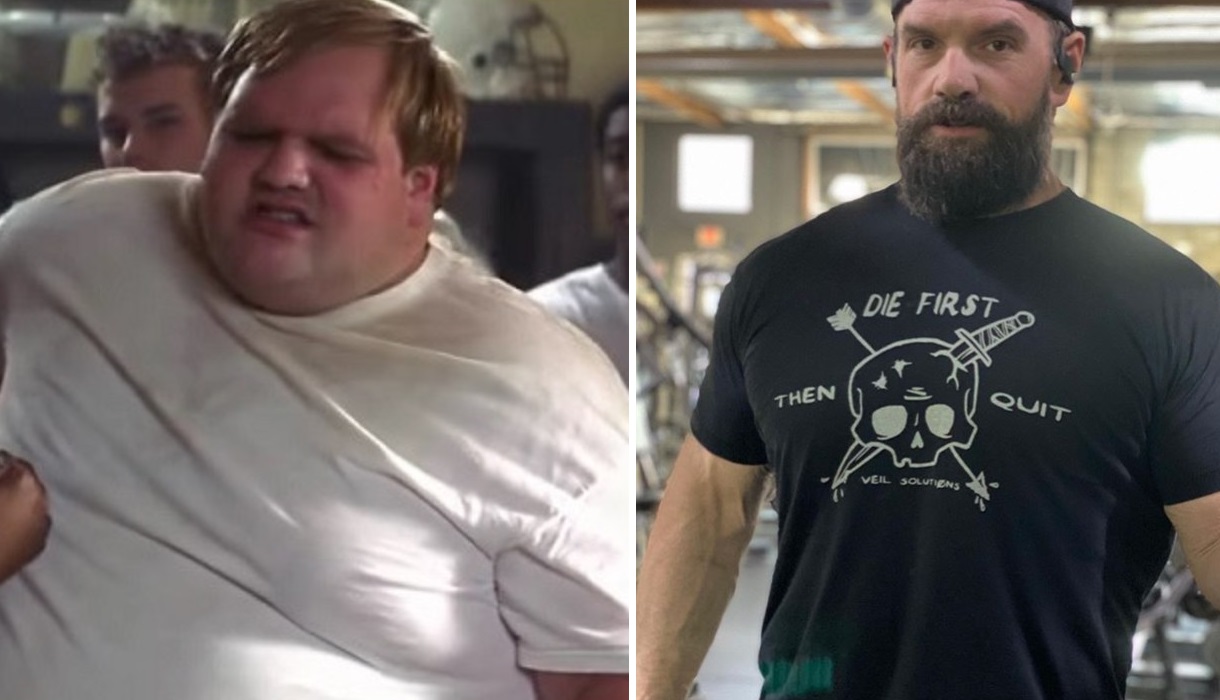