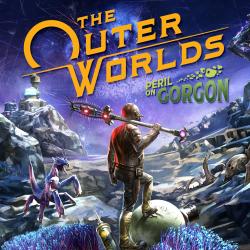 I feel I should write this in the approach section. While I have enjoyed The Outer Worlds, I have felt it lacked some of the charm I was hoping it would have that was in New Vegas, seeing as it was kind of like a spiritual successor. It has a great aesthetic and I really enjoy a lot of the game, but I have little interest in the any of the cast of characters or the general story. I just wanted to get that out there before we jump into things.
Travel to the edges of Halcyon in Peril on Gorgon, the first expansion to The Outer Worlds.

The Peril on Gorgon is the first of two DLC for Obsidian's open world RPG, The Outer Worlds. This review will focus on the story, setting and what else it brings to the base game. If you're looking for our full review of The Outer Worlds, you can find it right here.

​
It's not the Best Choice...
After completing the mainline quest on Monarch, our intrepid Captain and crew of the Unreliable receive a package for Captain Hawthorne: a phonograph with a severed arm still grasping it. The recording details a job that the owner of the arm, Lucky Montoya, had taken to investigate an abandoned Spacer's Choice site on an asteroid named Gorgon. Equipped with a new navkey, the Captain makes for Ambrose Manor, located on a small chunk of rock near Gorgon and meets Wilhelmina, the young woman who had hired Lucky in the first place. Detailing the request in full, Wilhelmina tells of her late mother, whom Spacer's Choice left to die when marauders attacked, had a journal left somewhere on the asteroid, and she would like it to be brought to her. With the promise of a handsome reward and all the salvage they can find, the Captain makes their way to Gorgon.

I have to say, I enjoyed the story to Peril on Gorgon for the most part. I found the quest line in the base game a little on the dull side and this was a wonderful detour. It's a very linear story with a few decisions in your hands; but ultimately those all lead to the same point, being that they mostly revolve around how to handle a situation or interact with NPCs. It's not without its twists, but they are pretty predictable, as I called it right near the beginning of the quest. There is a number of new NPCs to interact with; a crew of mercenary toss ball players, former Spacer's Choice scientists and the few people on Gorgon that don't try to murder you outright. 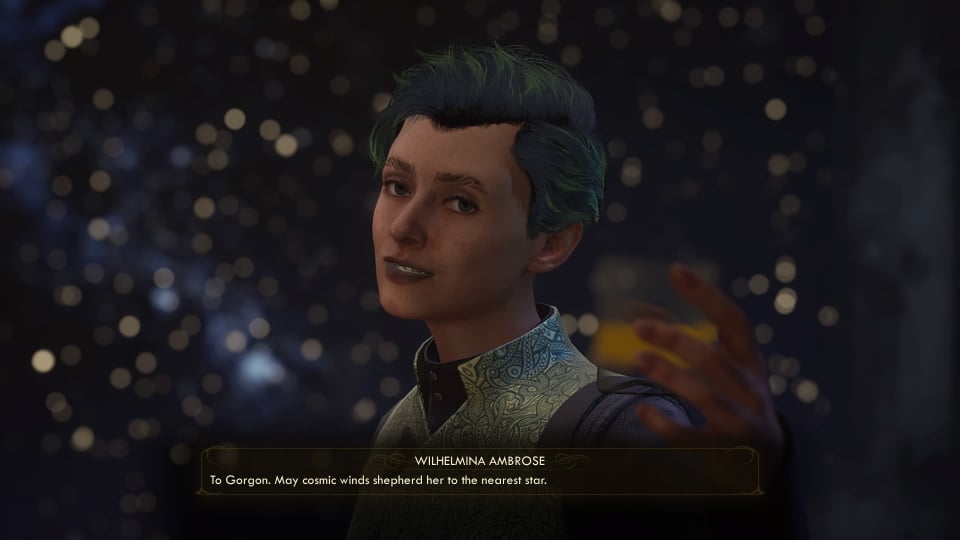 ​
One of my issues with the base game is that the characters are pretty uninteresting and I would say most of them in the DLC are pretty much at that level; Wilhelmina and a few other NPCs withstanding. Peril on Gorgon has its charms and stands out in comparison to the base game but not too much so. You do get a good amount of back story on Spacer's Choice and Adrena-Time, the popular drug across Halcyon. In this way, it does a good job at expanding on the lore of The Outer Worlds and answers some questions players may have had about certain things.

However, I think one of the biggest issues is that the main quests are just fetch quests; although I also feel that most of the quests in the base game are fetch quests anyways. It deviates slightly here and there but in the end, your job is to find and deliver a journal. 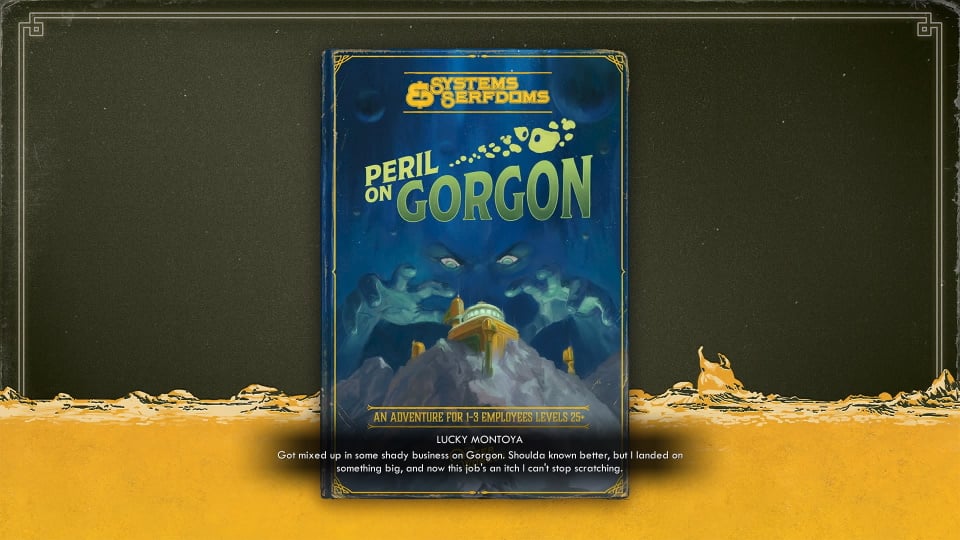 ​
A new location to travel to means encountering some new enemies, and they certainly bring in the pain. Most are variants such as the sharpshooting Crackshot and the high health and heavily armored Colossus marauders or Manti enemies that now deal out frost damage. The new variants are welcome, certainly, but new types of enemies would have been even more. It's recommended that players should be at least level 25 and it's pretty understandable why. Even at the appropriate levels, it is challenging if you aren't careful. As I was under leveled for a bit of this, it was certainly a struggle (I even had to do a little level grinding). It's not impossible but it makes it that much more difficult.

Gorgon itself is quite expansive with its points of interest, areas to explore and that surreal, alien feel that's in the base game. Dark rock faces and light blue grass, abandoned facilities and bodies are scattered throughout Gorgon's landscapes; landscapes teeming with things that want to end you. It keeps the aesthetic that you would expect and plenty to explore throughout. There are also new locations on some familiar places, like on the Groundbreaker and Olympus. 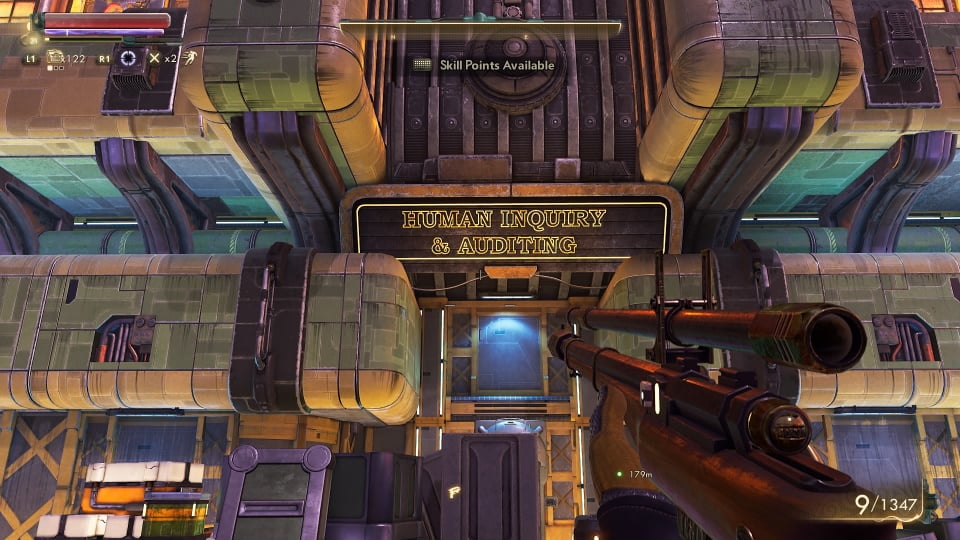 ​
If you like collecting things, Peril on Gorgon adds a wealth of unique weapons and armors to find. Most are simply alternate versions of existing equipment but there is a small handful of new Science-based weapons you can find like the Special Delivery. It's a device originally intended to help speed up deliveries but is now repurposed to deliver explosives.

It's not just new equipment, enemies and locations that have been added but some new Perks and the Skill cap is increased to 150, allowing for even more customization with your builds for both you and your Companions. Some include the aptly named "This.Is.Tossball!" or the to the point "Concentrate Fire", both of which increase damage dealt. With the increase to the Skill cap, you can gain more improved buffs and specializations to further make your Captain play even more how you would like. 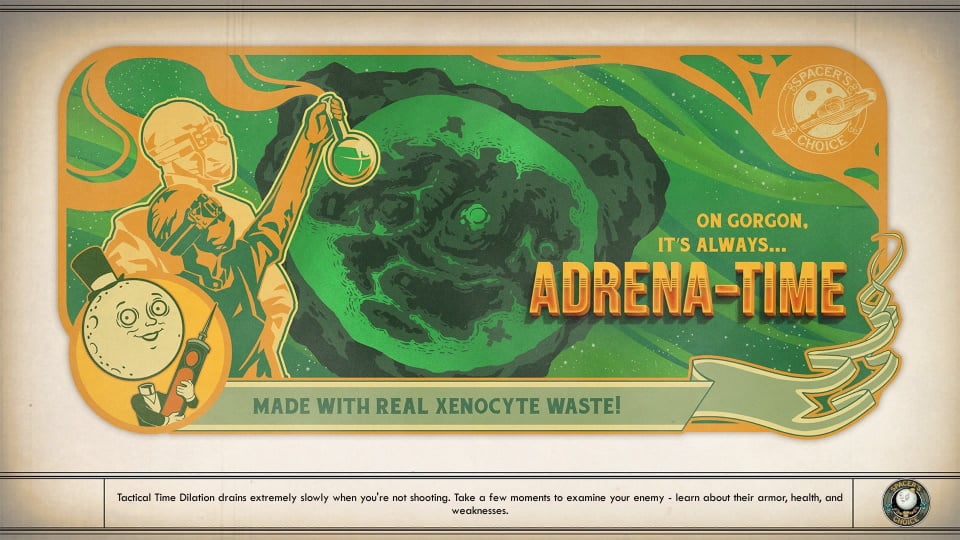 ​
There was a number of issues and bugs, but at the time of this writing, most have been patched out. Most were audio issues or lip-syncing being off slightly. One of the biggest ones that I noticed and still wasn't patched is that some enemies will simply snap back to their initial locations. I was being chased down by a group of Mantisaurs and as I was backpedaling away, they all just disappeared. When I went back, they were back to where they were, still damaged but now unaware of me. I tested this with a couple different enemies but since the patch was pushed, it yet remains. It's not game-breaking but I would say it's rather immersion-breaking.

With the installation of Peril on Gorgon and the increase to 150 for Skills, some changes take place in the base game. Things that may have previously had a requirement of 100, like say a lock, will be increased as well. So players who have been perhaps trying to unlock a door and have almost reached that skill level of 100 would find after installing the DLC, regardless of if they had been to Gorgon or not, would be that much further out of reach. It's not a bad thing, it just makes things a little more difficult across the game. 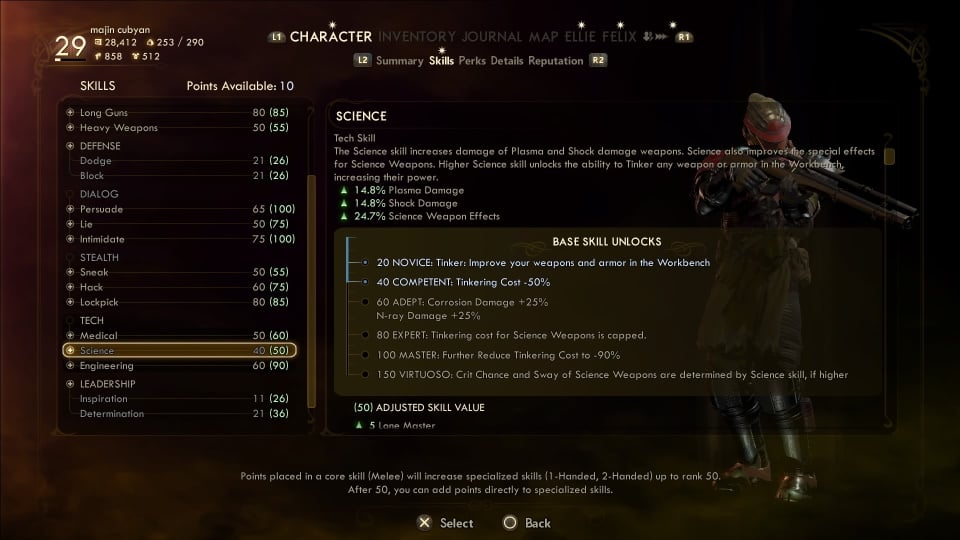 ​
... It's Spacer's Choice
In addition to the main quests of Peril on Gorgon, there is a small amount of side and optional quests to undertake as well. The main quests averaged to about four-ish hours, with the side quests adding more or less a couple of hours more. Add in the exploration and searching of Gorgon and it comes to about six to eight hours in total, though a more focused playthrough could see it done in less than four. There are multiple endings as well to the main quest, giving it replayability.

As a whole, I would say that Peril on Gorgon stands pretty high. It has its share of issues, bug and non-bug related, but in the end, Peril on Gorgon is wonderful expansion to The Outer Worlds and I recommend checking it out if you want a more from the base game. 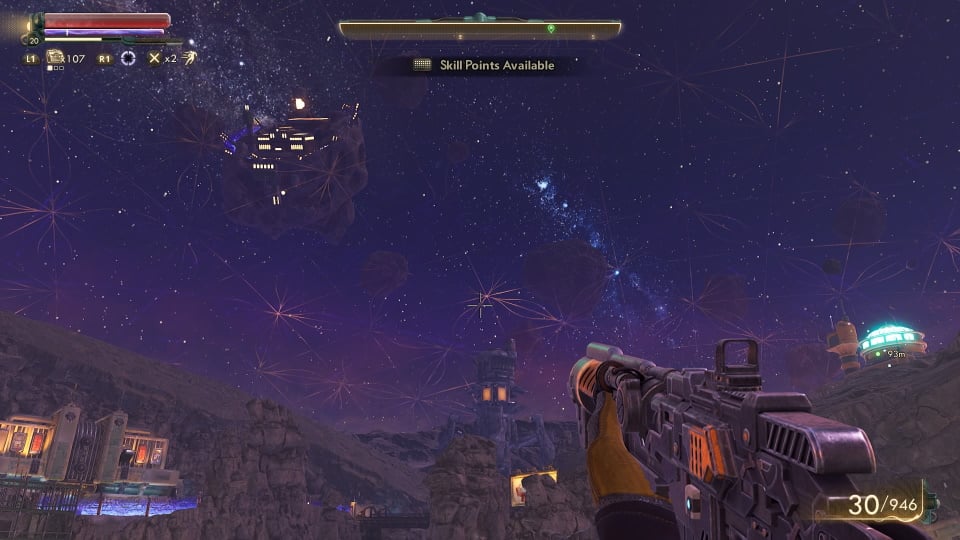 ​
The Outer Worlds: Peril on Gorgon - Official Trailer
​
Verdict
RyRyIV, Ericzander and Prans like this.
Like this review