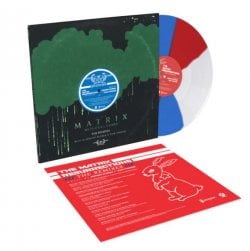 Follow the white rabbit and tune in to The Matrix Resurrections: The Remixes soundtrack on this 2xLP set from Mondo!

In many ways, The Matrix is very relevant to video games. The spin-off games aside, the concept of living in virtual worlds isn’t alien to gamers as we indulge in virtual worlds every time we boot our consoles. The difference, of course, is that we indulge voluntarily while in The Matrix humans are subjugated to a virtual reality by their A.I. overlords. Without spoiling too much, the latest instalment to The Matrix series, The Matrix Resurrections, have more over gaming references than any other title in the series so far. And there’s no video game with proper soundtrack, and The Matrix’s electronic score ties up well in its cyberpunk universe. 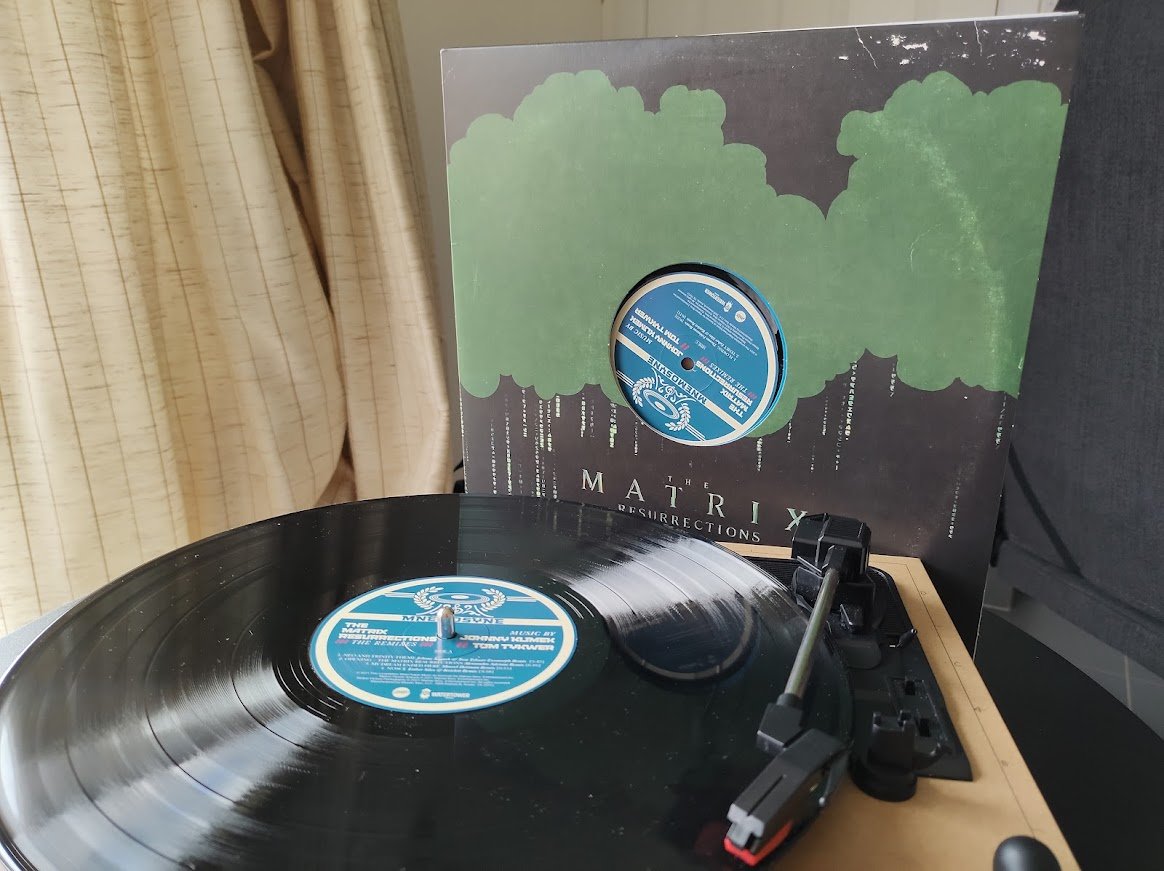 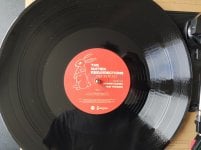 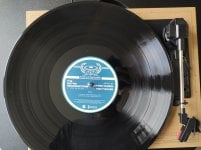 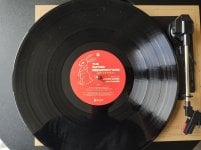 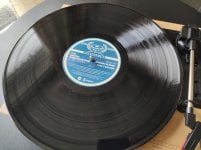 Mondo brings the iconic series’ soundtrack to audiophiles in vinyl format in a $35 2xLP set. As a Mondo-exclusive limited edition vinyl pressing, The Matrix Resurrections: The Remixes soundtrack bears some Matrix-themed designs that I’ve come to expect (and look forward to) whenever the company releases new LPs.

This one delivers with its sleeve sporting the iconic Matrix pattern. Inside, you’ll find 2x 180g records with a Red and Blue Pill Twister design as well as a tracklist sheet featuring the iconic white rabbit that started Neo’s journey. 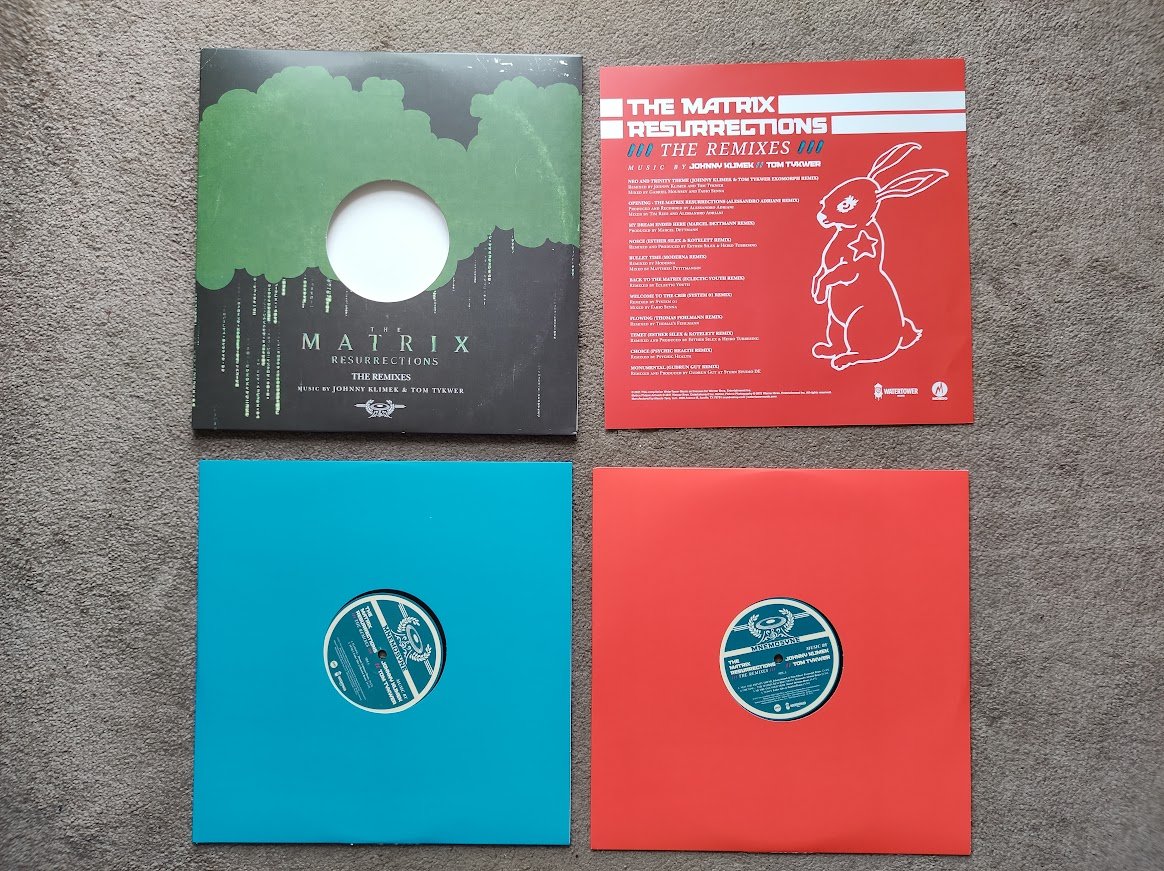 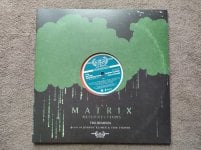 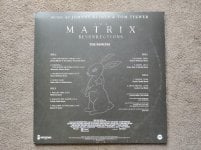 While the design and artwork have been well thought out to set you in the Matrix mood, what really does it is the soundtrack itself. The audio, which plays at 33 ⅓ rpm, is faithfully recreated, as with other Mondo records, and delivers on the electronic vibes that is characteristic of The Matrix.

However, as the title suggests, the 11 soundtracks featured are remixes of the original score. These official remixes definitely hold their own as soundtracks, as you can listen on Spotify here or below as from 01:17; especially given the fact that they are the creations of a number of artists adding their unique touch to each track. However, if you’ve been eyeing for the original score itself on vinyl records, you’d need to spend another $35 on Mondo’s other entry, The Matrix Resurrections - Original Motion Picture Soundtrack 2XLP.

Having all soundtracks, from the original score to the remixes, included in one set would have made for a more compelling package. But as a collection piece or for your audiophile needs, Mondo’s The Matrix Resurrections: The Remixes 2xLP set will deliver.

No need to choose between the red or blue pill with Mondo’s The Matrix Resurrections: The Remixes vinyl record set as the music pill it offers will do to set you in the Matrix mood.
Reactions: CoolMe
Share:
Facebook Twitter Reddit Pinterest Tumblr WhatsApp Email Share Link
I have the impression that a lot of the appeal of vinyl releases is the colorful discs and attractive packaging, but this? This is boring. What's the point? Especially considering I don't think anyone was particularly impressed by this movie at all, let alone by the soundtrack. (The lack of Don Davis or Juno Reactor suggests a dismal lack of interest in the project by the producers. But then, I suppose at least Tom Twyker counts for something.)

Without spoiling too much, the latest instalment to The Matrix series, The Matrix Resurrections, have more over gaming references than any other title in the series so far.
Click to expand...

I guess that's technically true considering any other title in the series didn't have any "more over gaming references" at all?
Reactions: ds34, iDestroyRebels and duwen
"faithfully recreated soundtrack"
Shouldn't that be a negative? Why not just include the originals
please digitize it and pass the MP3 here

The only good Matrix movie was the first one while the sequels were trash.

And heck, I watched them.
Reactions: Milenko and duwen

El_Misterioso said:
please digitize it and pass the MP3 here

Kwyjor said:
I guess that's technically true considering any other title in the series didn't have any "more over gaming references" at all?
Click to expand...

That said, where are my remasters of Enter The Matrix/Path Of Neo?


zupi said:
"faithfully recreated soundtrack"
Shouldn't that be a negative? Why not just include the originals
Click to expand...

Given what Resurrections is supposed to be about, this is probably the best example in music form.
Reactions: Kwyjor

In this site is Homebrew, why not a pirate form

You're right, upload it in WMA lol.

(In all seriousness, MP3 is fine if you're happy with lossy, even if there are better lossy codecs. Consider ZIP, it's not the best compression today but it's the most popular and it's easier to just accept that.)
Reactions: Milenko

If mp3 doesn't work for you I can record them for you using my mp3 mic and sent them to you in. wav
Reactions: Marc_LFD

And what format do you suppose you're streaming in space year 2022? Pretty much a given that most platforms are streaming lossy mp3's... not to mention that most consumers of streaming music are listening via wireless earbuds or a mono bluetooth speaker.
I'll take pirated V0, 320, FLAC, and listen to it, wired, on a dedicated "mp3 player" with a high quality DAC over any streaming service via an Android/iOS device any day of the week.