Log in Register
Menu
Install the app
You are using an out of date browser. It may not display this or other websites correctly.
You should upgrade or use an alternative browser.
Official Review Merch Updated 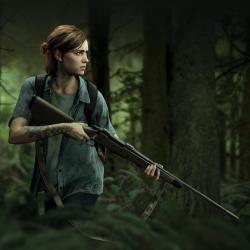 Need a fix while waiting for the sequel to Naughty Dog’s excellent The Last of Us? Mondo has got you covered with a little (quite literally) vinyl record featuring soundtracks from The Last of Us Part II. 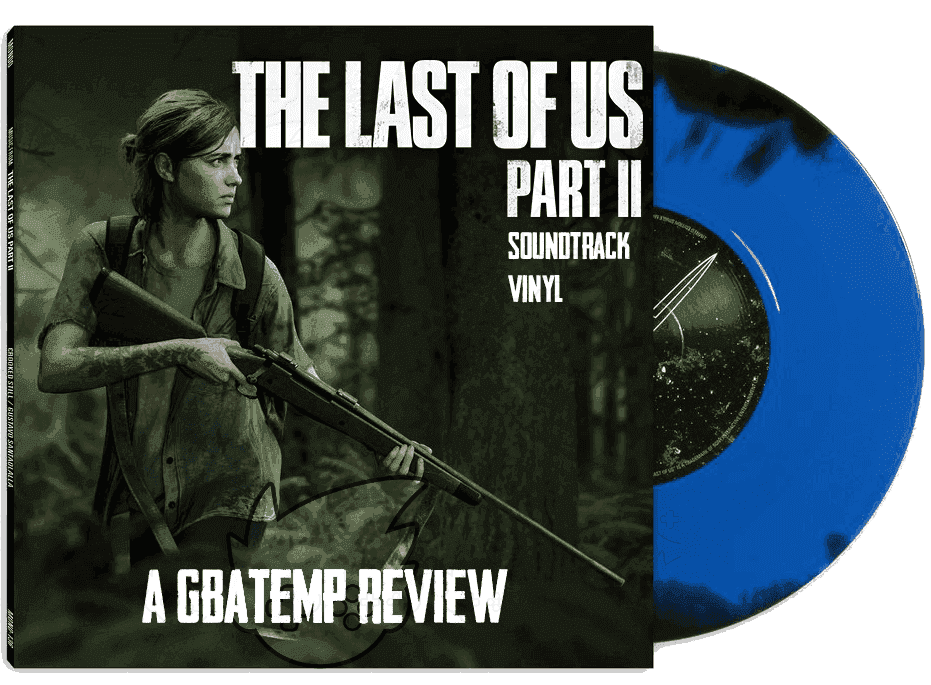 Not the first of its kind

From my time reviewing video game soundtrack vinyls, this is the second time that I check out one from a game that hasn’t been released. The first one was for Hideo Kojima’s cryptic Death Stranding which was also published by Mondo.

Given that both games have yet to be released, one might question the reason to justify the purchase of such a merch. After all, we have no idea if the game will be a memorable one or one that fails spectacularly! To be honest, I believe that it requires a leap of faith, but if the previous opus of The Last of Us or Kojima’s track record are any indication, there’s a high chance that those soonTM to be released games might make waves. If not for the games themselves, you can purchase the vinyls for what they are: music pieces in artsy jackets.

With that being said, let’s see what this soundtrack vinyl packs! 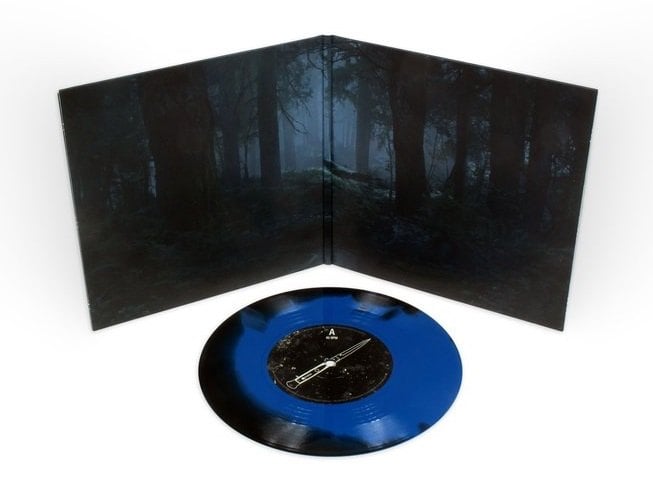 Delivered in a jacket adorning high quality art from the game are two soundtracks pressed on a double-sided blue vinyl with black swirl. The front cover features an armed Ellie on alert for nearby threats; threats that might be lurking somewhere in the seemingly tranquil forest depicted in the art inside of the jacket. Coupled with the soundtracks within, they are quite mood setting if you ask me!

As for the tracks themselves, with the “Mondo seal of quality”, you can expect high quality audio, so adjust your record player at 45 rpm to listen to the following tracks:

You might have already heard that one. It’s the opening music from this year’s E3 gameplay reveal trailer:

Performed by the original composer, this track is an acoustic version of The Last of Us theme, and apparently is the theme song of Part II.

My only issue is with the size that Mondo adopted for this pressing. Instead of the traditional 31 cm (12 inch) diameter record, they opted for an 18 cm (7 inch) one and that means that the sleeve as well is proportionally small. Not that it is a deal breaker but my vinyl collection is almost exclusively comprised of the larger formats (except for my Undertale Annoying Dog Song one). As such the small The Last of Us Part II record looks a bit odd in my collection. Even Mondo’s Death Stranding record which also featured only two tracks was in a 31 cm format.

Nevertheless, this record is still a great addition to any audiophile or fan’s collection, and at $15 it’s very affordable as a quality collector’s item and/or music piece!

While we’re all waiting to get our hands on the sequel to The Last of Us and kill some of The Infected, Mondo’s soundtrack is here to help us kill time in the meantime.
Reactions: damiano2712, linuxares and T-hug
Share:
Facebook Twitter Reddit Pinterest Tumblr WhatsApp Email Share Link
That one nice looking vinyl! Man I love when they're creative with them than the basic black.
Reactions: Prans
wow, they releasing boring OST for boring movies, even before those shitty cinemas hit theater yet
Well, 7" records are very common for singles so I wouldn't count that as a con personally

@ KenniesNewName: Lol I cheated Amazon's 1 limit per item by placing additional orders 6 HDMI cables for like $3 45 minutes ago
Chat 0