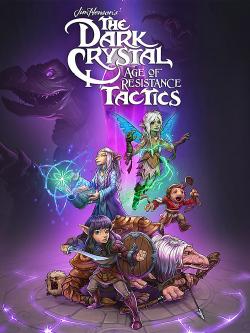 Jim Henson’s 1982 film The Dark Crystal has always felt to me like a lot of squandered potential. It married Henson’s impressive puppetry skills with beautiful landscape photography and inspired creature design to create a fully believable, lived-in world, but the content in that world couldn’t live up to the film’s visuals. Much of the lore went unused, the characters (with the exception of the villainous Skeksis) were forgettable, and the plot was a standard walk from point A to point B excuse to show off the world. 37 years after the original film’s release, the Netflix series The Dark Crystal: Age of Resistance finally realised the full potential of the original film, enhancing the visuals with modern puppeteering techniques and subtle CGI, but also introducing complex character arcs and political intrigue to the delicate power balance of the world of Thra. With the success of the Netflix series comes full franchise potential for The Dark Crystal, and its first video game adaptation in The Dark Crystal: Age of Resistance Tactics.

With a world as well-realised as Thra, the most important thing for any licensed adaptation to capture is the feel of the film. Obviously a video game can’t make use of puppetry to tell its story, but the hand-drawn art in the story sections works here, particularly if you’re already familiar with the original designs. The 3D models used during gameplay are less impressive, but are rarely seen up-close unless you go out of your way to examine them, so they serve their purpose perfectly adequately. Unfortunately, that’s the best this version of Thra has to offer. The story is told through still images and dialogue boxes, suffocating the epic scope of the series and replacing it with what feels like a series of small set pieces. There is a map of Thra that acts as a mission select menu, but it doesn’t illustrate the diversity or beauty of the land seen in the film. There’s also very little voice acting, which is hard to get past in a property with such phenomenal voice work. It’s understandable, of course, that the all-star cast of the Netflix series couldn’t be roped in for a budget video game title, but knowing that doesn’t make this rendition of the characters any less limp. 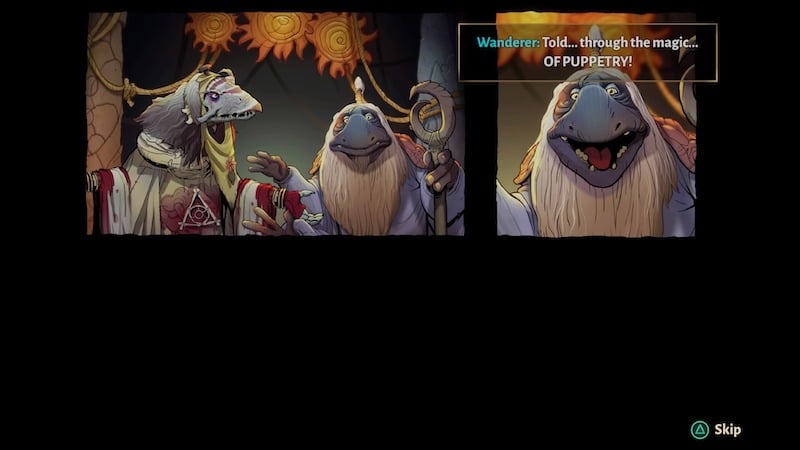 The problems with the sound design go beyond the story segments. The little bit of voice acting comes from an occasional line from boss characters and pained grunts when characters are hit, which get repetitive quickly. All Gelfling, regardless of tribe, regardless of if they’re friend or foe, regardless of if they’re a central character or a nameless guard, pull their grunts from the same small pool of voice clips. For those unfamiliar with The Age of Resistance, most of the story revolves around the Gelfling, meaning you’ll be seeing a lot of them and hearing these clips a lot, and they only sound more lifeless and disinterested as time goes on. Combine that with the strangely soft and lilting music, and the combat doesn’t carry any of the urgency it should.

Another thing that leads to the combat feeling lifeless is the small scale of the fights. Ignoring the fact that the maps all feel the same⁠—at best they’ll feature a different type of damaging environment⁠—they’re also frustratingly cramped. While this works for the boss fights, making you feel cornered and desperate (an early battle against skekMal the Hunter is one of the game’s few highlights), it makes normal fights feel sluggish and, well, kinda lame. I don’t need my strategy RPGs to be mad power fantasies, especially ones based on a children’s franchise like The Dark Crystal, but the fights here can’t help but feel undramatic. Look at other tactical contemporaries, like XCOM or Fire Emblem, who use larger maps to create an epic scale and make every fight feel important. Here, the fights are short enough that resource management rarely feels necessary, and, unless there’s a boss character present, they often come down to two infantry units standing in place and trading blows, rendering the support units pointless. Between that, the audio issues and a cumbersome menu system that slows down the combat, there’s a real dreariness to the proceedings that’s hard to get past. 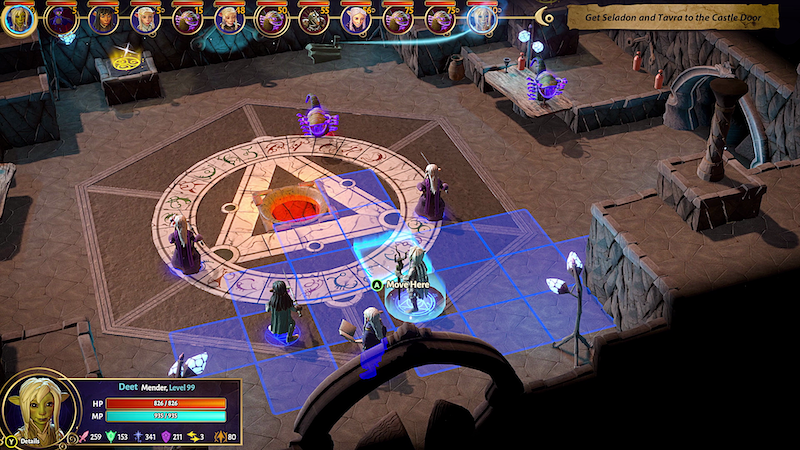 As a straight tactical game, it's passable at best. As previously mentioned, the maps are all fairly similar: a tight area with a few elevated platforms, sometimes environmental hazards. Maybe the most interesting it gets are three-way fights or maps with wild animals that can attack your enemies, which is an exciting discovery, less due to the strategic manoeuvring it offers and more because it means there’s someone to help you work through the level quicker. There are some abilities that let you shove enemies around on the map, or that do more damage if the target has a certain status ailment inflicted, that should lead to interesting strategies, but the basic flow of a fight is never complicated enough to require a complicated strategy. Instead, it’s just a checklist. Get the enemy in front of the trap, shove him into the trap, inflict status ailment on the enemy, hit him with the corresponding ability.

There are some decent ideas to be found. The class system mostly works, even if it’s a little simple. Each character gets five abilities, three from their primary job and two from their secondary job, and only the primary job levels up. You unlock new abilities for your job as you level up, and unlock new jobs when you get one or two prerequisite jobs to the necessary level. There’s some experimenting you can do here, but again, making interesting character configurations is never necessary to get through the combat, so you're only levelling for the sake of it. There’s also a token effort to differentiate the characters from the show⁠—the few non-Gelfling characters are even given their own job tree⁠—but they’re not significant enough to make a difference, so much so that I’d often forget there was any difference until a loading screen would remind me (and I’d usually forget again after another fight or two). That’s a real disappointment because if you’re invested in The Dark Crystal: Age of Resistance, and that’s the only reason to choose this over any other tactics game out there, you want the characters to feel like themselves, rather than just interchangeable soldiers.

I can’t claim to know anything about the game’s development process, but The Dark Crystal: Age of Resistance Tactics is being offered at a budget price, which leads me to believe it was likely developed on a tight budget. The limitations of working under a small budget would explain many of the core issues, because I do see some love for the franchise in here. While the game’s visuals are not impressive, the environments are well-designed and immediately recognisable from the source material. The boss fights against skekSil the Chamberlain have some fun references to the film in the names of his attacks, and the dialogue boxes make an effort to capture his voice. In that sense, this game mirrors the original film; there are some good ideas, but the potential ultimately feels squandered. Hopefully we don’t need to wait 37 years before somebody decides to revive the idea of a Dark Crystal video game.