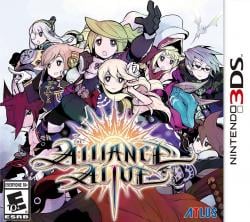 Here comes a new jRPG brought to you by Cattle Call! With its scenario written by Yoshitaka Murayama, noted for his work on the Suikoden series, and several other notable names, there's no worry about the quality of the team. But do they deliver on bringing out a title that can expand on, and resolve the issues of their previous game?

The Alliance Alive is a turn-based jRPG, brought to us primarily by Cattle Call, addtionally reinforced by Grezzo and FuRyu. Some may recognize the art style, as it is fairly similar to Cattle Call’s previous game, The Legend of Legacy. If that name scares you, it might be good to note that game director Masataka Matsuura wished to address Legend of Legacy’s shortcomings and issues. I can say right off the bat, they certainly did address the issues and made Alliance Alive a significantly richer experience by comparison.

The game begins in the past, and shows the catastrophic destruction wrought by the daemons when they decided to invade and enslave humanity. By erecting something called the Great Barrier, the daemons effectively split the world into four continents. Their intent was to bring order to the humans and, well, I think they kind of overdid it a tad. With the daemons also came the beastfolk. While not at all equal to daemons, they were considered superior to humans. Thus, most of the day-to-day ruling is done by the beastfolk.

Alliance Alive starts you off nice and slow by giving you control over two of the main characters, Galil and Azura, two residents of the Rainy Realm, and young members of the human resistance. You get yourselves into trouble pretty quickly, before being joined by Renzo and Barbarosa. Then the game passes you onto Vivian, Ignace, and Tiggy. Finally you briefly follow Gene and Rachel. I make it sound brief, but it takes hours before your main party of 9 meet up and combine forces. 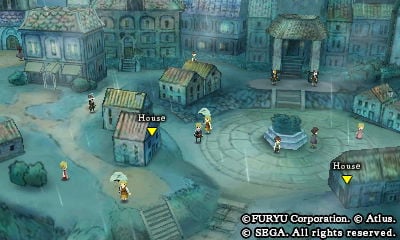 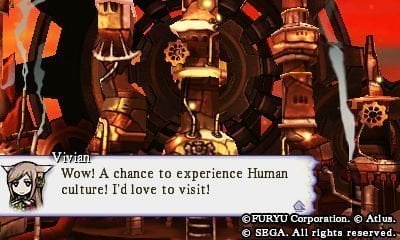 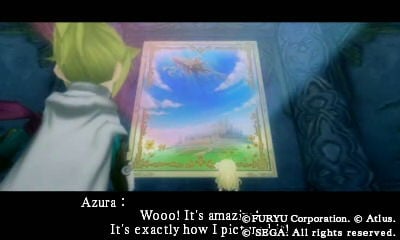 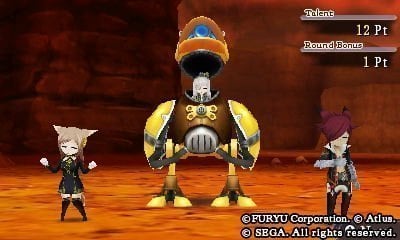 (all pictures are separate and not top/bottom)

Bringing the Alliance to Life

Mechanically the game takes quite a while to actually get going, but the story and characters are so interesting and fun to follow, it wasn’t a chore at all to continue on as the gameplay slowly unfurled. The story starts out fairly simple, and like the gameplay, grows in complexity as more of the world opens up. I think this is the first game in a long time where I actually like and enjoy a majority of the characters. Each one has their own personality, goals and a force that drives them. Dialogue is fun and well written, making it very easy to care about the characters and their cause. There’s a healthy mix of humour, while still maintaining the ability to be serious when needed.

Although this is a 3DS game, the game does still manage to have some very beautifully crafted environments and pieces of scenery. Perhaps the most bland is the overworld, as it tends to be somewhat barren. But despite that, each realm still has a unique style to it and manages to be quite atmospheric. The rainy realm feels despondent, the burning realm dry and unbearably hot, the snow realm frigid and barren, and the crystal realm is actually quite pleasant. I’d probably live there if I had a choice. 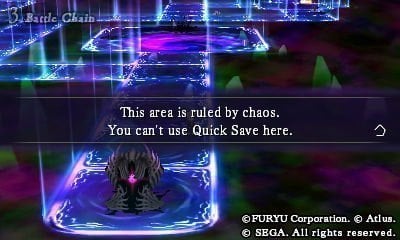 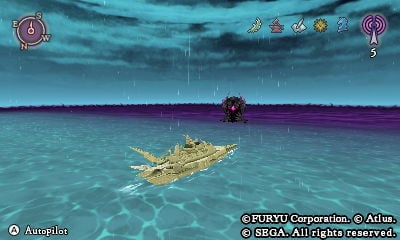 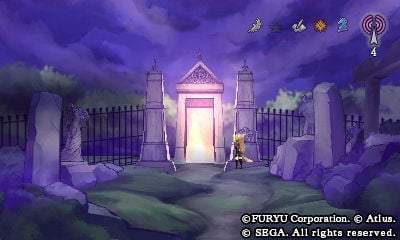 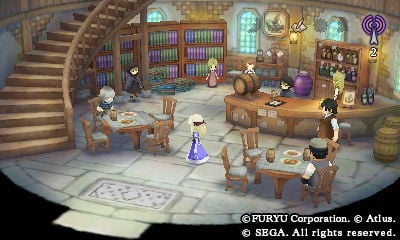 Character design is top notch, though I do kind of wish they were a little more refined in-game. The wonderful hand-drawn artstyle loses some charm when made into a 3D model. Weapon models are also quite attractive, making it pretty fun to acquire new ones just to see what they look like. A fair number of the skills also look nice, and I love the weighty feel some of the heavier attacks have despite this being a turn based game.

I do have some minor complaints though. Monster variety is pretty decent, but you do end up seeing a lot of re-colours. The game also lacks any sort of voice acting, which is an absolute shame. In this day and age, I always find it bizarre when a game decides not to have any voice acting, whatsoever. While the game has a beautiful soundtrack that I quite enjoyed, tracks sometimes seemed to overstay their welcome. That is to say, you might transition from an action packed scene or fight, into something more dramatic, and the music won’t skip a beat or change in the slightest. Which ends up feeling quite out of place more often than not. Bit of an odd design choice, but not the end of the world. 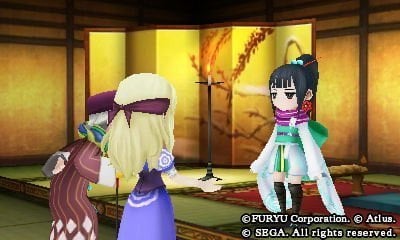 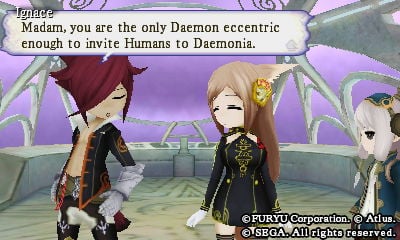 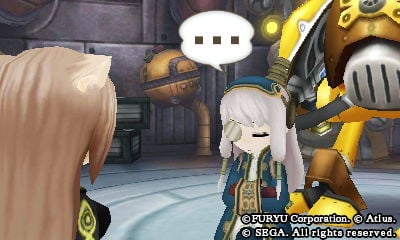 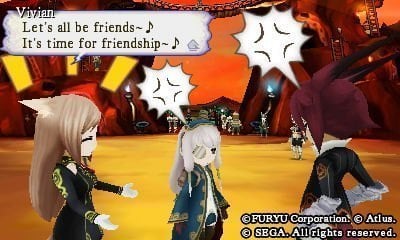 Alliance Alive packs in quite a lot on the gameplay front. It’s fairly surprising actually, just how many things there are to consider. There is no levelling, characters only have a random chance to gain max HP and SP when you finish a fight. Each character has a set stat spread, and that does not budge unless you equip gear that modifies a stat. This inherently pushes characters towards specific weapons and roles, though you are free to arm them how you please. With the exception of Tiggy, who uses a mech and can only use cannons. 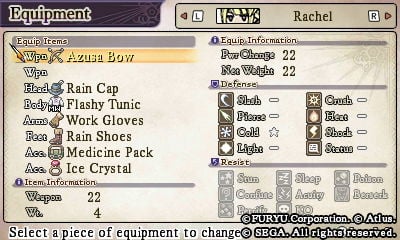 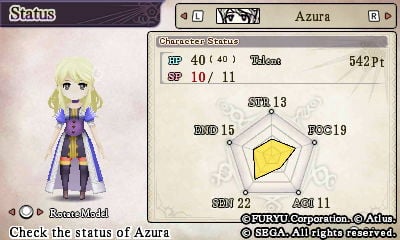 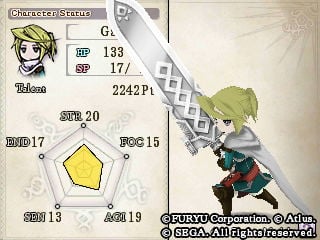 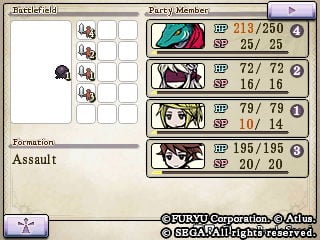 There’s a significant degree of tactical decision to be made when it comes to combat. Each character can equip up to two weapons with their own unique skillsets being unlocked as you use them through “awakening”. As you win battles, you gain TP to spend on passive abilities known as talents. Lastly your party has various formations which put them in the front, middle and rear of the combat grid, in a defensive, offensive or supportive stance. Each position and stance provides different boons to the character, and formations can be changed every turn.

Probably one of the most interesting strategic features however, are final strikes. Each weapon has a unique final strike, which is a very powerful ability you can only use when your Ignition gauge is full. These abilities will break the weapon (can be repaired by resting at an inn, eventually), but unleash an incredibly potent attack or buff. This renders it unusable for the remainder of the fight, so it’s incredibly vital to time them well to either finish a fight, or if you can handle the loss of that weapon and its skill set.

With a fairly expansive world, it luckily is not devoid of content. There are always optional boss fights, loot, dungeons, guild tower building spots, and even new party members scattered about to discover. Eventually you unlock the ability to use and build guilds through guild towers. Each of the 5 provides different effects in battle if you’re in range of a tower, as well as providing specific benefits as you recruit members for each one. Guild members can be found all over the world and this encourages you to talk to every single person you meet. 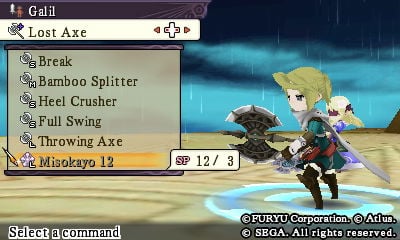 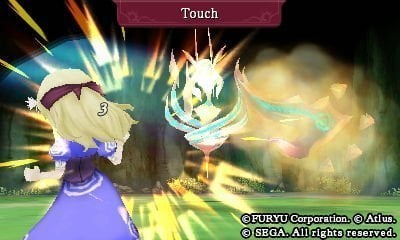 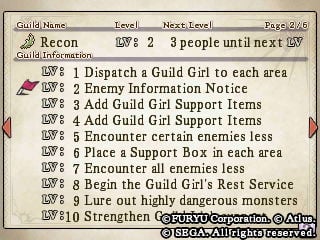 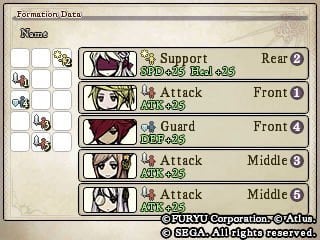 To pair with the world being expansive, it also happens to be quite open. After gaining access to the ship, I decided to ditch my current objective and instead went on an adventure discovering the snowy realm. I then participated in and conquered the story objectives at that location without any fuss. While the game nudged me saying I should perhaps turn back, it also encouraged me just as much to continue forward and make my own path. Similarly, the game has you make quite a few decisions. These shape the outcome of certain situations, and tend to allow you to make things easier on yourself, or more difficult, perhaps for a reward.

Alliance Alive doesn’t let you select any difficulties at any point, however thanks to the lack of any sort of level up system, it remains fairly well balanced throughout. In general, and especially in the beginning, most difficulty comes from optional enemies you can choose to fight for some extra loot. But the story isn’t afraid to cut you down either when it feels like it. It’s also not afraid to split your party into groups and force you to use, and equip, every character effectively. 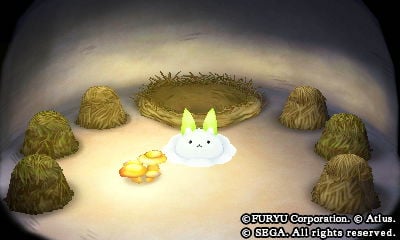 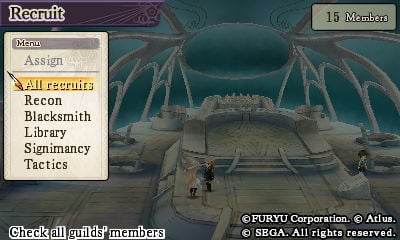 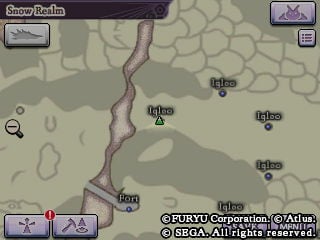 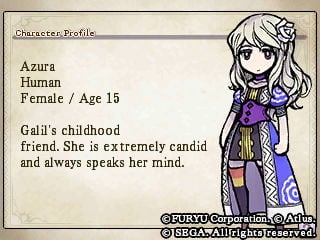 All in all, Alliance Alive is a very solid jRPG, and despite being turn-based, has a lot of uniqueness to offer with its deeply tactical systems. The characters and story are wonderful, and manage to really drive you forward to keep exploring and pushing the story forward. Pair that with a great OST and you have a pretty great experience overall.

Verdict
You, Glyptofane, Soulsilve2010 and 14 others like this.
Unlike this review