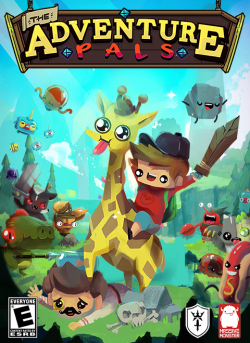 The Adventure Pals was originally a flash game, before being improved and ported to all current home consoles. Developed by Massive Monster, and published by Armor Games, this is one wacky platformer.

The Adventure Pals begins nice and simple, with you playing as the young lad Wilton, out on an adventure with his dad. Turns out, it’s Wilton’s birthday. So of course, your dad has prepared a present...in the middle of the forest! This fateful moment is where you meet man’s best friend and your pal, Sparkles the giraffe. Unfortunately things don’t stay joyous for long, as your father is turned into a hotdog and kidnapped by the evil Mr B. Thus, you and your new best pal Sparkles set off on an adventure to collect a bunch of rubies and save your dad. 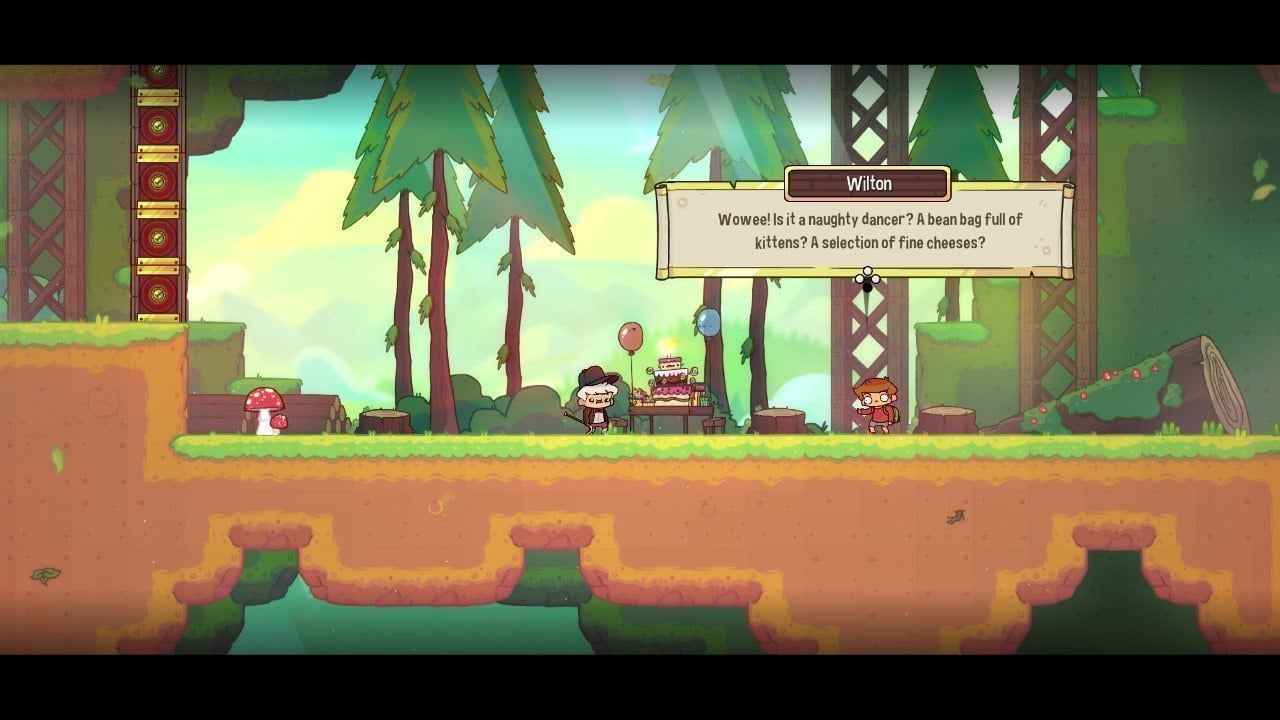 This game is bonkers, no doubt about it. The writing from start to finish is quite eccentric, but really well done. You’re constantly running into all sorts of wacky, and honestly pretty topical, characters. There’s all sorts of weirdos that need your help, who in turn tend to help you further your own journey. Visually the game really keeps up that theme and has an almost Behemoth-esque artstyle. Pretty bizarre, but also crisp and well-defined. Levels do tend to look a little samey though.

Although the story is well off the rails, the gameplay itself is fairly simple and linear. You talk to some NPCs, venture to a set of 5 levels, collect a ruby, and repeat. The game is self aware enough to actually poke fun at this, and I don’t really see it as a big problem, but some variety wouldn’t hurt.

Each level contains a cupcake that you may or may not have to go out of your way to find, and in each set of 5 levels is a sticker to be found. Five cupcakes will net you a hat from a fairly disturbing character found at any of the game’s item stores. As you progress, the game seems to constantly introduce new obstacles and monsters, or just upgraded versions of familiar things. There’s plenty of variety to keep things fresh due to this, though level design never gets too ambitiously different. 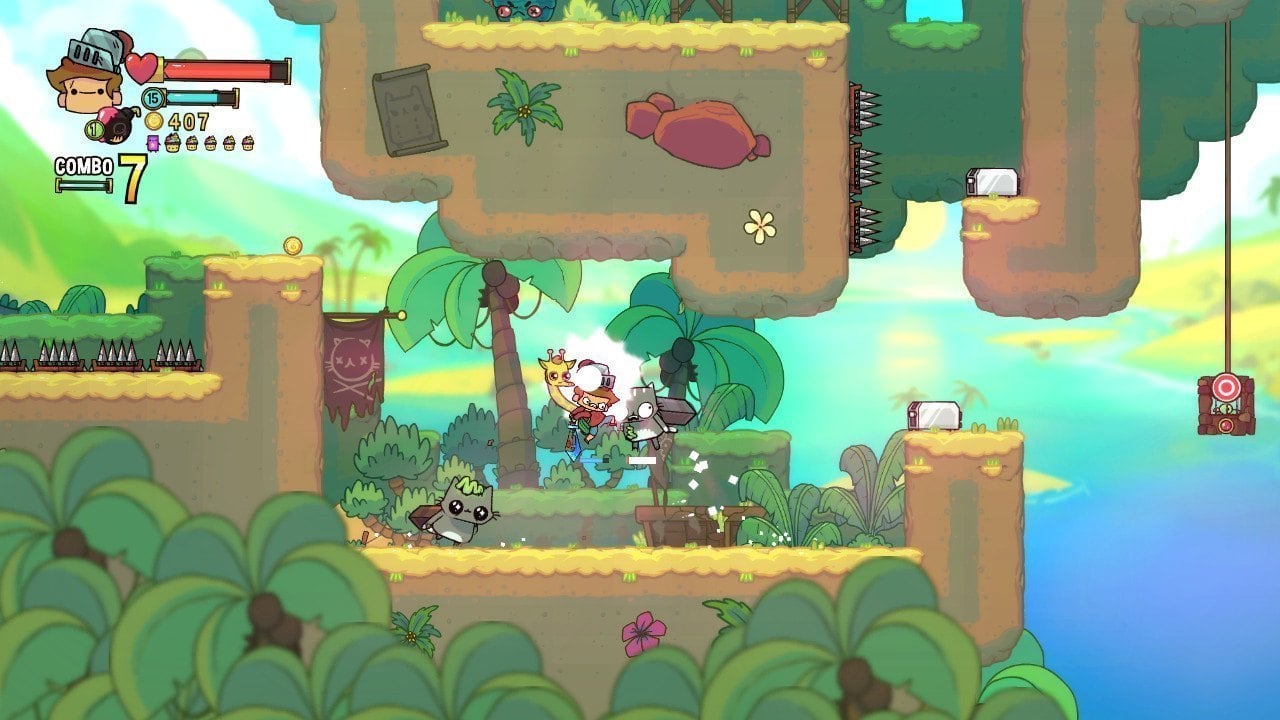 There is combat in this platformer. It’s fairly simple, basically only consisting of some items, sword swings, and some special moves. There’s very little depth, but it serves its purpose and does add a layer of complexity to the gameplay. Killing thing grants you exp, and when you level up you’re given 3 options to pick for an enhancement to your character. There’s all sorts, from combat abilities, loot modifiers, item capacity increases, and more. It’s a cute and oddly satisfying system that helps you improve your character in ways that benefit you most. 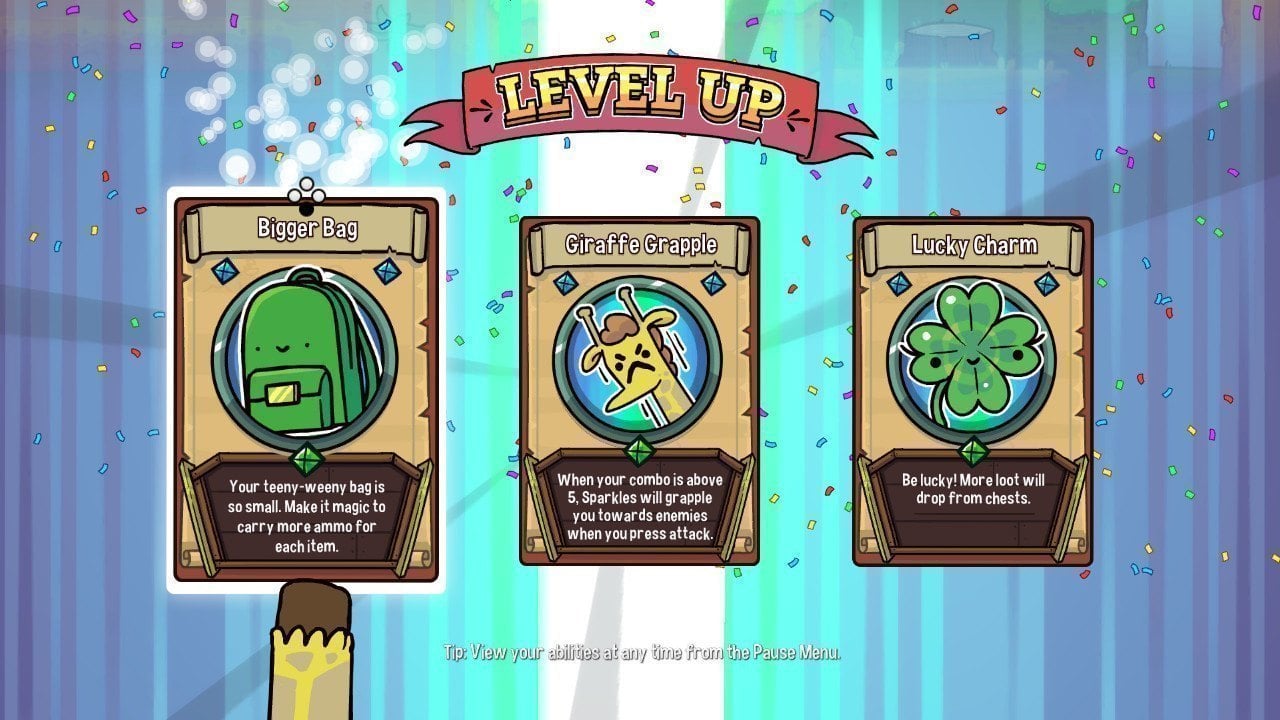 Movement isn’t 100% crisp and responsive, but it’s good enough to not really drastically hinder the player. The auto-climbing that happens when you’re near a ledge can be pretty damn obnoxious in some places, and wall jumping can be a little clunky at times too. Overall though, it’s a fun platformer. Level designs never really get too wacky or difficult, but combined with the combat provide a sufficient challenge for most players. Bosses have some awesome and wacky designs, but are all incredibly easy. I was a little disappointed with just how easy they all are.

Overall though, this is a fun little romp. If you’re not expecting something hardcore like Super Meat Boy, and instead more of a whimsical adventure through a bizarre world, with even more bizarre characters, then this is the game for you. Levels can be a little samey, and the story tries a little too hard sometimes, but in essence, it’s a good game. 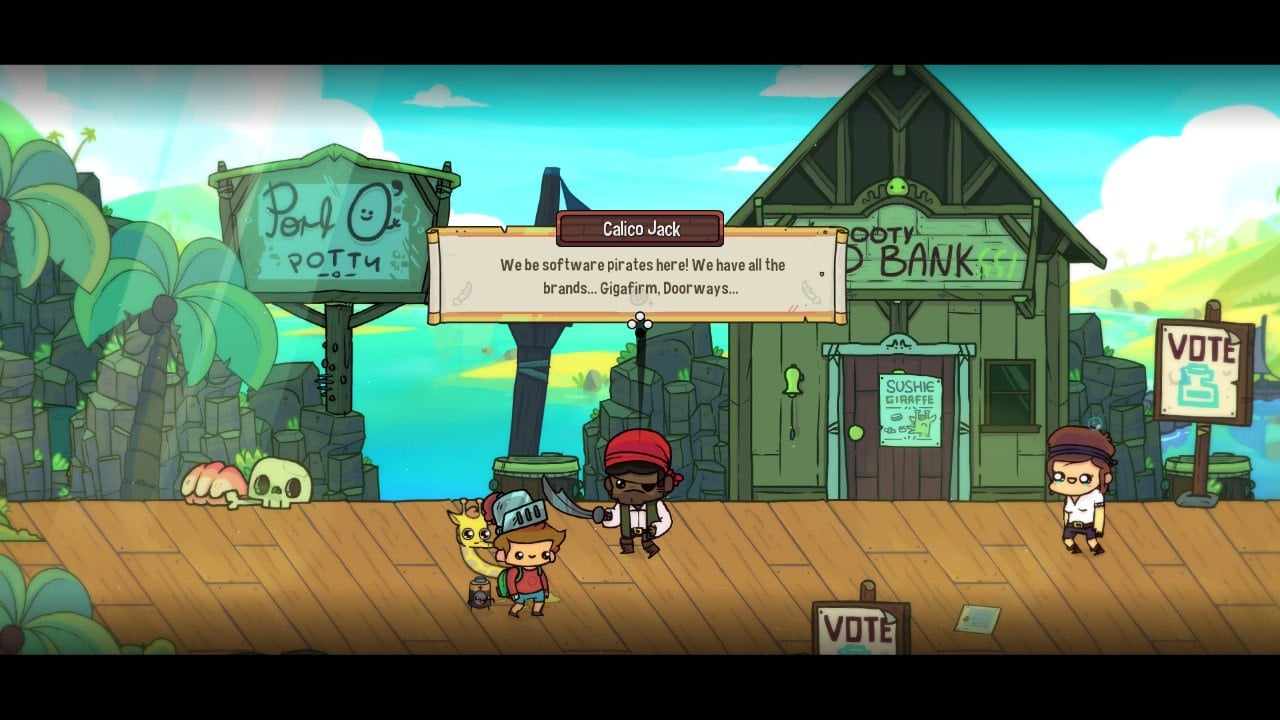 Verdict
You, Xzi, PossiblyOne and 4 others like this.
Unlike this review