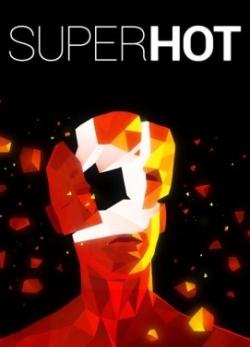 I've played the PC version around the original release date.
SUPERHOT just got its own Nintendo Switch port today all out of the blue (ignoring the CDN hints), so I decided to get it as I really enjoyed the game on PC, mostly due to this port having motion controls. 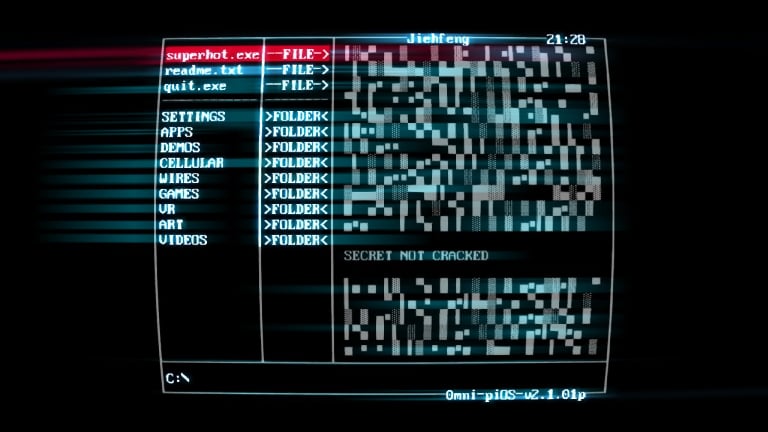 ​
SUPERHOT is the most innovative shooter I've played in years!

​
The game in itself is just pure fun. Time moves only when you move, the player has only a few basic controls to play with, and it's all relatively simple. You move with the left stick, attack with the "A" button, grab weapons with the "A" button, jump with the "ZL" button, and use a melee weapon with "ZL". Since time moves only when you move or perform an action that implies movement, there comes a Matrix style bullet dodging gameplay at the center of it all. Enemies that have firearms would shoot at you, and the bullets and their trails marked in clear red would have to be dodged by the player by moving strategically according to the flow of time. One shot or hit and you're dead, same goes for the enemy except it's three melee punches to kill.

I used the Switch's recording feature to get this video to give a basic idea of how most of the gameplay works (for some reason, the embedded doesn't work):​
https://www.youtube.com/watch?v=7i4u-gESCIk

​
The time factor and the controls, simply put, make for epic looking combat similar to action movies. Especially since the game shows a replay of all your actions in the current round, in real time. And yes, rounds. The game has a story, an interesting one at that (not to spoil anything further), but it generally is about moving forward playing round after round, each map different from the rest, and it gets progressively harder. Enemies remain and look the same, except new weapons are introduced the further you progress in the game.


The Switch Port - Not the most innovative port I've played in years...

It runs at 60fps with no noticeable drops. The game is not very demanding anyway, but fact is that it's at 60fps; docked and undocked.
You can play it on the go, making this the only system that allows you to do such a thing without streaming.
The game looks as good as the PC version, both docked and undocked.
It has HD Rumble, or the gunshots feel like shooting a gun at least.

But that's it, that's all the good, at least for me. As a port, ignoring the implication that it should make use of the system, it's more or less the same.

I bought this expecting motion controls at a VR or Red Steel 2 (Wii) level, but it has none of that. The only motion controls is just for aiming, just like any other Switch game like Zelda: BoTW.
By default, the motion sensitivity is too damn high! *Ahem*, a quick look at the settings and reducing it from 10 to 5 fixed this.

And that's my biggest gripe with this port, it's an utter waste of potential. The game's already fun gameplay would've been amped up with a little more work by the devs, but it just feels like a copy and paste. Swinging the Joycon in a precise direction to have your Katana swing in-game in the same way would've been great for example, holding the joycon and punching like the game Fitness Boxing is another great example of what could've been. But sadly no, next to no effort on the "Innovative Port" side.


The game has a VR option in the main menu that is blank at the moment, maybe the devs will release a VR update, and possibly more motion controls. As for now though, simply put, this sucks.

Currently, the definitive way to play is PC. Not only does using a mouse make for a world of difference in aiming, the fact that this game could run on many setups (not demanding), literally 5 bucks on Steam in terms of price, but the story and the way the game is setup was meant for PC in the first place. The story takes place using a computer to play the game, as the first screenshot here implies, and the dialogue plus many other elements all are related to using a computer. There's just more immersion in this case.

If you haven't played the game yet, get it on your PC or Laptop, it's definitely more than worth it at $5. Just to play it on the go for $25 is not worth it in my opinion.
If you have played the game, skip this version. Unless you really want that portability and have no problems spending, it's a perfect port besides its lack of "bringing something new to the table".


Thanks for reading, if I could refund it, I would. But it should be fun to play around with from time to time.
Verdict
NoNAND and alexander1970 like this.
Like this review