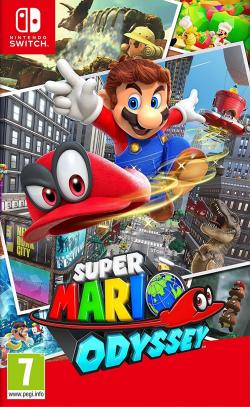 Nintendo's latest Mario game is here, and expectations are high. Let's take a trip with Mario Odyssey, and see how it stacks up!

When a new console is released, first party developed titles will accommodate the system throughout the launch period. The Nintendo Switch is no different. Of course, we’ve had the likes of The Legend of Zelda, Splatoon 2, Arms, and more, but clearly, there’s been something missing in the fledgling Switch’s library. That leads us to where we are right now--on the cusp of a monumental release; the first Super Mario game for the console. Nintendo’s iconic mascot makes his debut on the Nintendo Switch with Super Mario Odyssey, and as a mainline Mario game entry, it has a lot to live up to.

Odyssey starts off on a note of familiarity, and most fans could probably sum up the first cutscene in a few words. That’s right, Princess Peach has gotten herself kidnapped by Bowser once again, and Mario is here to save the day. That is, until the Koopa King gets the better of our hero, sending him plummeting downwards from Bowser’s airship, and into the great unknown. A small ghost-like hat creature named “Cappy”, watches as Mario’s tattered cap floats away, and retrieves it, following Mario down below. From there, it’s standard fare, as you traverse different worlds, trying to track down Bowser, and dealing with his minions.

This time, however, you won’t be fighting the Koopa Kids, nor Bowser Jr. You’ll be fighting what look like rejects from Mario + Rabbids Kingdom Battle. Five in total, these angry-looking rabbits have been hired as Bowser’s wedding planners, and are called the “Broodals”, who will be your typical miniboss in this game. Enemies and friends new and old are dotted across the many colorful worlds within Super Mario Odyssey. One of the biggest changes to the standard formula is the ability to use Cappy to throw your cap onto enemies, and take control of their power, be it a tank that shoots confetti, a Cheep Cheep, or even the lowly Goomba. 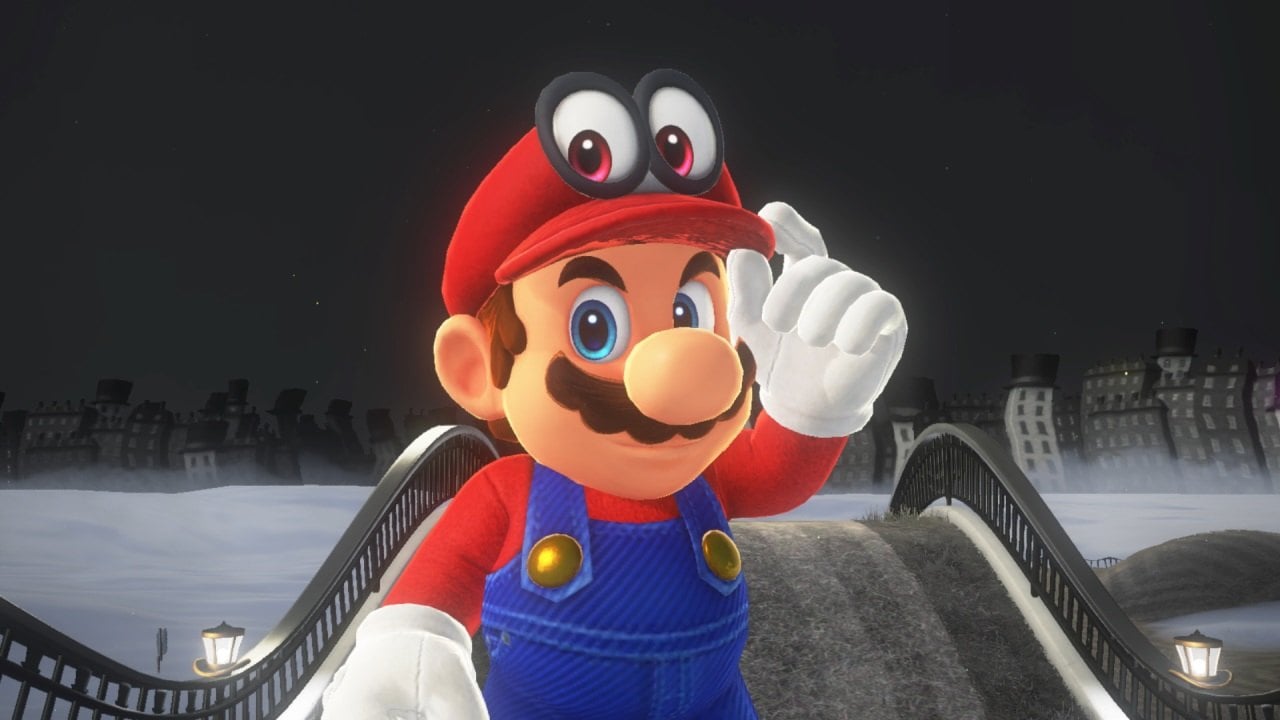 Not only do you have that, but there are other amusing little inclusions, such as outfitting Mario with different clothes from each respective world--which can even unlock secrets--by using coins, which are now a currency, since there’s no life system anymore. Collecting enough coins can let you purchase things from stores, found in every world. There’s also a two-player mode that has both participants take a joycon, and individually control Mario and Cappy. You can even ride motor scooters or the speedy lion-like creature Jaxi. Another feature is the "screenshot mode", which as the name implies, lets you freeze frame the action to capture a perfect photo, complete with numerous filters, including NES, Game Boy, and SNES filters to apply to your pictures!

As opposed to the last home console Mario game, 3D World, short levels and an overworld map have been replaced by large, open-world areas, with objectives within them, akin to previous titles like 64, Sunshine, and Galaxy. Packed with secrets and exploration, there’s tons of different places to explore. Terrain ranging from an underwater kingdom, a forest, a desert, and many more are yours to explore to your heart’s content. The main goal is to search each area for “power moons”. Collecting enough of these will help your little airship travel to new places. 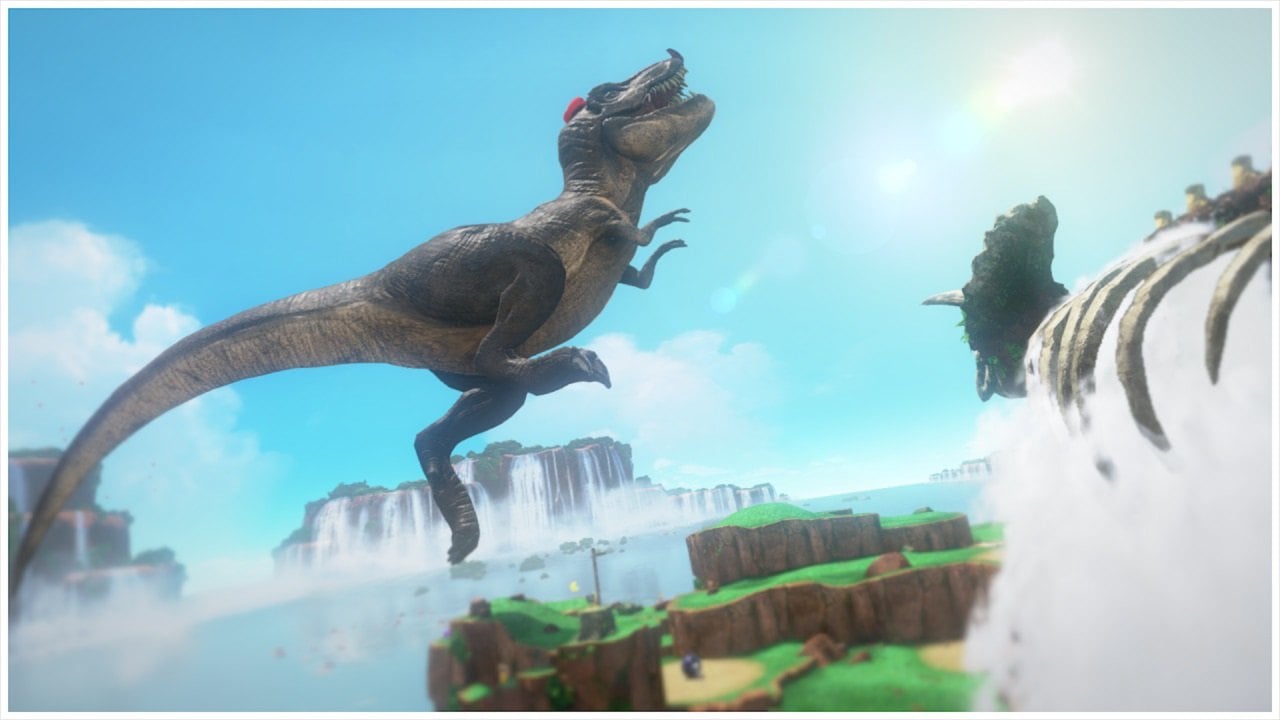 Around the World in 80 Hats

Herein lies some of Odyssey’s problems. At times, especially near the start of the game, the worlds feel barren and overly large for the sake of being expansive. There are a lot of moments where it’s not clear where to go, and you’re doing a lot of backtracking through empty land, spamming the long jump just to get there faster. While incredibly pretty, many areas quickly wear out their welcome when you’re running by the same rock formation for the 5th time. Another complaint is that, despite this being a Mario game, there is a criminal lack of platforming to be done. The basics are there; the wall jump, spin jump, backflip, long jump, 180 jump, even an awkward floaty front dive jump, but none of these are really extensively used throughout your adventure. Odyssey instead tries to focus on its main gimmick.

The Mario series is no stranger to wild ideas and gimmicks--Sunshine had the FLUUD, and Galaxy had space physics and gravity. Although, the enemy-possession of Odyssey very much feels like a great idea that doesn’t really work well when actually put to the test. Most levels will require you to use Cappy to take over a specific enemy type to get past a roadblock, then to collect some power moons, and finally, to use it against the miniboss of the area. It gets repetitive fast, both the progression and the concept. The fun and whimsy from uncovering a new power is usually offset by having to repeat puzzles multiple times to collect all the moons to be on your way. It almost feels like a weird mix of both The Legend of Zelda, and Super Mario, though neither capturing what both do best. Later on, this issue is rectified slightly, though not entirely.

Mario games are known for their solid controls, and Odyssey is no exception. Though there's a lack of tricky jumps to be performed, everything feels as it should, jumping has that certain "weightiness" to it, and wall jumping and swimming are the same as they've always been. Having played every main 3D game in the series, though, I found myself falling off ledges and dying to cheap level design far more than I've ever had happen in previous games. Something about running just feels slightly slippery, and sometimes, button combinations would not register, and I would plummet to my death in an endless pit. The camera, while mostly tolerable, has some absolute abhorrent moments, leading to imprecise jumps, making an easy section an absolute nightmare, purely because of the awkward camera affecting the controls. Otherwise, everything else is just what you expect from a 3D Mario title. 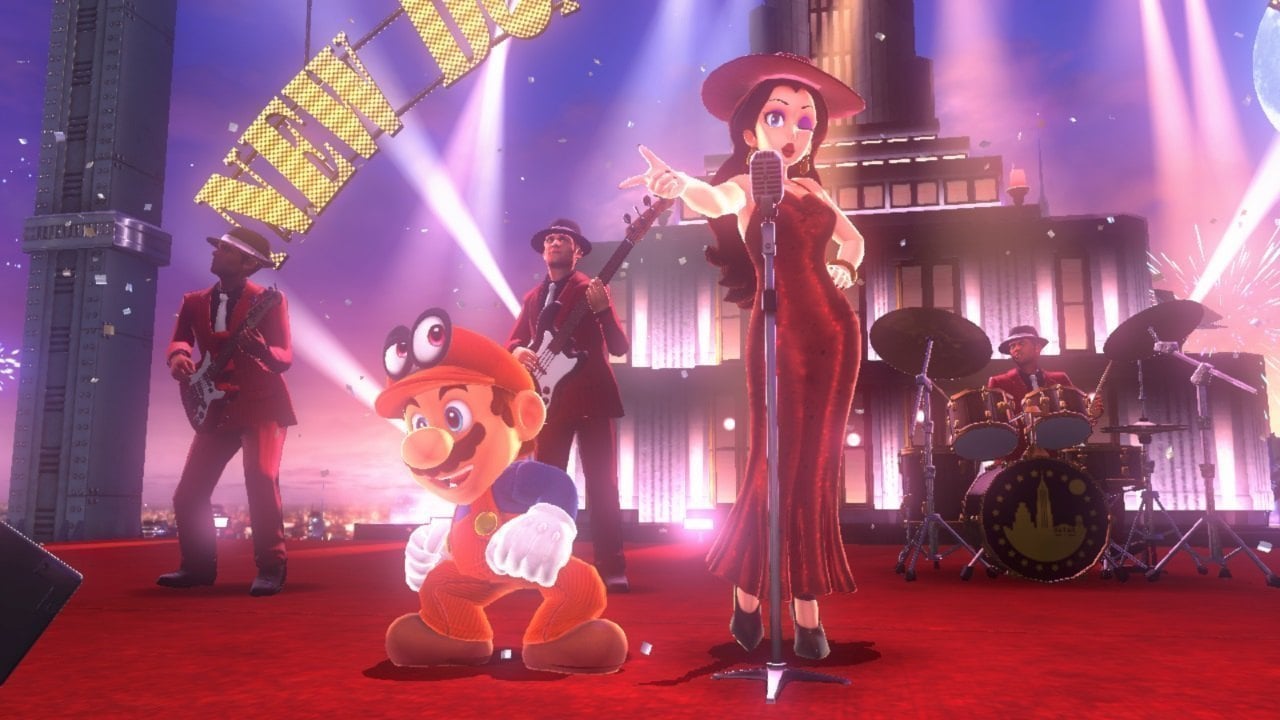 Though some stages feel as if they have sloppy design, there’s one thing that can’t be denied, and that’s just how great these worlds look. There’s the aforementioned deserts and forest, and water levels, which are the basic components of a Mario game, but there are also inventive and fun places to explore later down the line. It’s a game that really tends to grow on you the more you play. The areas themselves are best left as surprises,  but know that they’re chock-full of that good old Nintendo charm.

In terms of visuals, it’s clear to see that this is an incredible step up for the series. Vibrant colors pop out on the Switch’s screen, and Mario himself has never looked so detailed. Cartoon-y, but still stylized well enough that it manages to look natural. Sound effects are just as they should be--the auditory “ding” of picking up coins, to the stomping of foes. The soundtrack itself is catchy, almost to a fault, and I caught myself humming the themes to levels long after I’d stopped playing. Mario Odyssey's big band tunes are loud, grand, and orchestral, perfect for each level. Even the “weaker” songs from the OST are still fantastic in their own right.

This might not be "the best Mario game ever", but it's definitely accomplished what it set out to do, which is to create a fun new adventure, revolving around many new powerups and abilities. Nintendo is on a fire-hot streak of releasing well-received games for the Nintendo Switch, and Super Mario Odyssey is no exception.

Verdict
You, Marioyoshi64, queendude and 27 others like this.
Unlike this review