A new instalment in the classic beat 'em up franchise approaches! Read on as we take on the mean streets in Streets of Rage 4 on the Nintendo Switch!

Revisiting a beloved franchise is a tricky issue. With the nostalgia associated and with today’s technology, a sequel or a remake carries a lot of expectations and is scrutinised by fans as soon as it’s released. You can end up with something like Syberia 3, that gets one to question the need for a new instalment in a dormant franchise, or you can get a game like Final Fantasy VII Remake that redefines what makes a remake. These are two extremes of this theoretical spectrum when it comes to revisiting video game series in a contemporary gaming landscape. So where does Streets of Rage 4 sit in this spectrum?

When it was first announced, the new Streets of Rage was met with skepticism. What’s with the new look? Can they create a good side-scrolling beat 'em up on current gen consoles? Well, it seems the developers paid close attention to these concerns when crafting Streets of Rage 4. Indeed, it’s a worthy addition to the beloved series, that plays as a modern game that does fanservice without alienating newcomers.

This opus takes place ten years after the fall of Mr. X and his syndicate. Despite a period of calmness, the streets are again agitated and behind it all are Mr. X’s very own children, the Y Twins, with a new crime empire. So as to thwart their evil plans while cleaning the city from thugs and delinquents, who better than the vigilantes Axel Stone and co. to handle the task? The plot is serviceable at best but is merely a placeholder excuse to beat up baddies and clean up the streets of Wood Oak City. 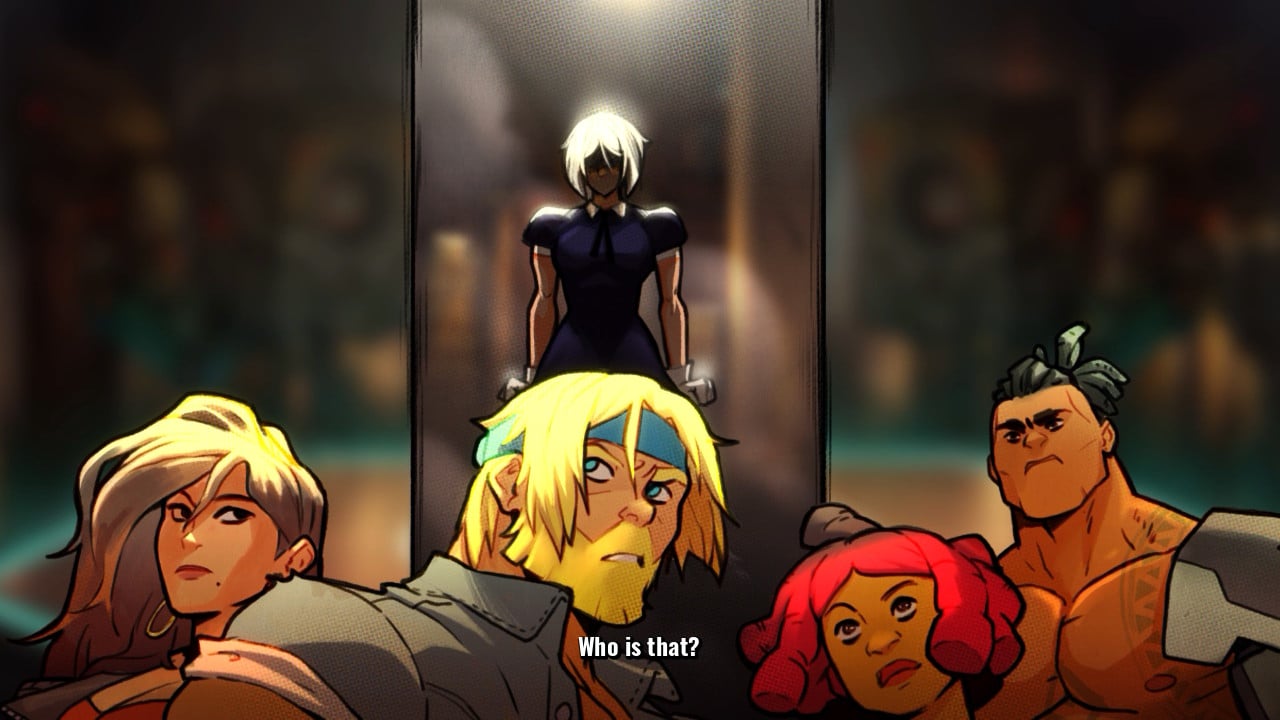 With an initial roster of four composed of series’ veterans Axel and Blaze joined by newcomers Cherry and Floyd, you can team up with up to four players offline to take the city back (online supports two players). While co-op is the most fun with Streets of Rage 4, it’s still very enjoyable to play alone. There are 12 levels to clear in the Story mode, with varied sceneries ranging from city streets (duh), through bars, to a dockyard, where you’ll encounter equally varied enemies and bosses. Enemies can get tricky, especially when outnumbered by those charging at you with weapons, or those Muay Thai fighters who keep blocking your attacks. Bosses can also get challenging with their special moves like ordering air bombs or protecting themselves with tenacious shields.

To come to your aid are your basic and special attacks, quick steps, and throwable weapons found on the spot. The controls are simple yet effective, and you can combo them up for strong attacks and blitz moves that can deal devastating blows. Some like the Defensive Special and Grab throw can’t be countered by your enemy and you should make the most out of them. Additionally, there’s a risk-reward system with specials where they drain your health if used, but deal much more damage than regular attacks. Timing these specials with proper hits can even restore your lost health. 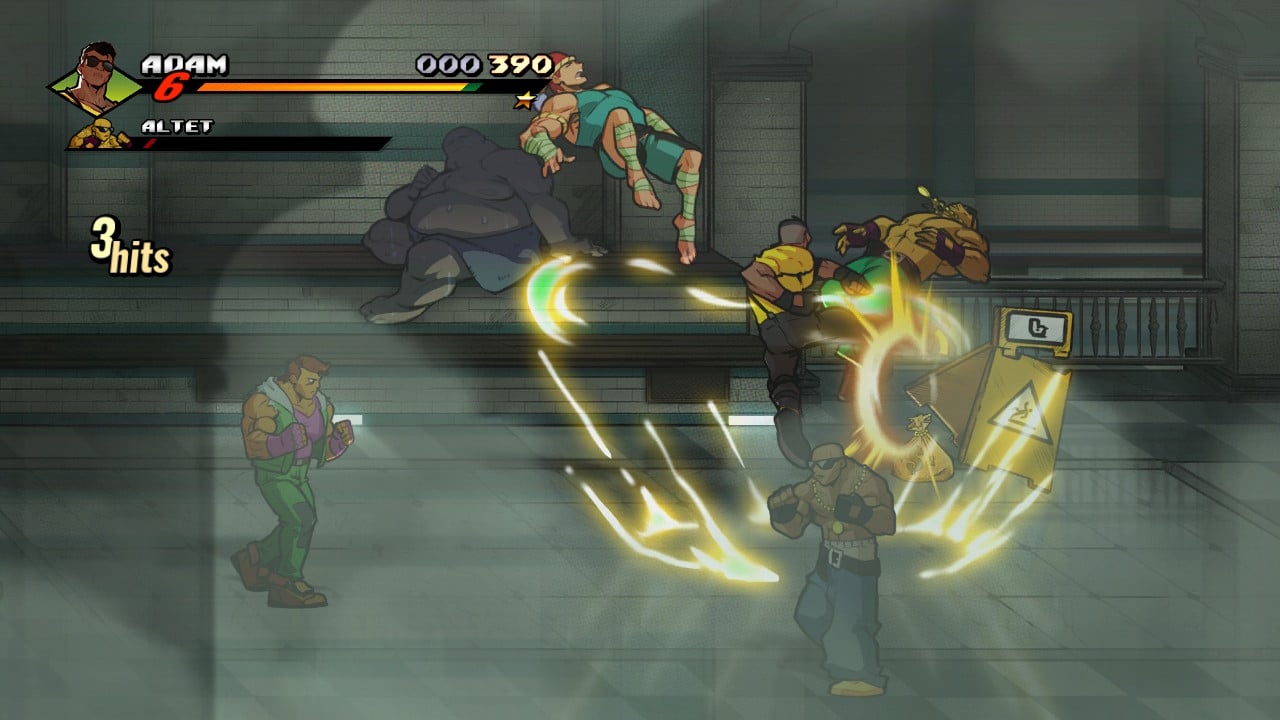 If these sound too technical, don’t worry. You can tone down the difficulty to make it more accessible and rely on simpler offence to enjoy fun sessions of button mashing as waves of enemies come at you. You won’t need to rely much on the technicalities, but Streets of Rage 4 does require some skills to master, especially on higher difficulties. This will appeal to the more hardcore fans of beat ‘em ups among you as you combine attacks, throws, and quick steps to emerge victorious despite being outnumbered.

An option to block attack would however be welcome to ward off attacks when cornered. Another missing feature is the ability to run, which would not only make dodges and reaching far-off enemies quicker, but would also be useful when transitioning from one area to another (there is the quick step but it only gets you so far). And really, additional movesets would be welcome as the existing ones can feel repetitive over time but you can always swap characters for a different fighting style. 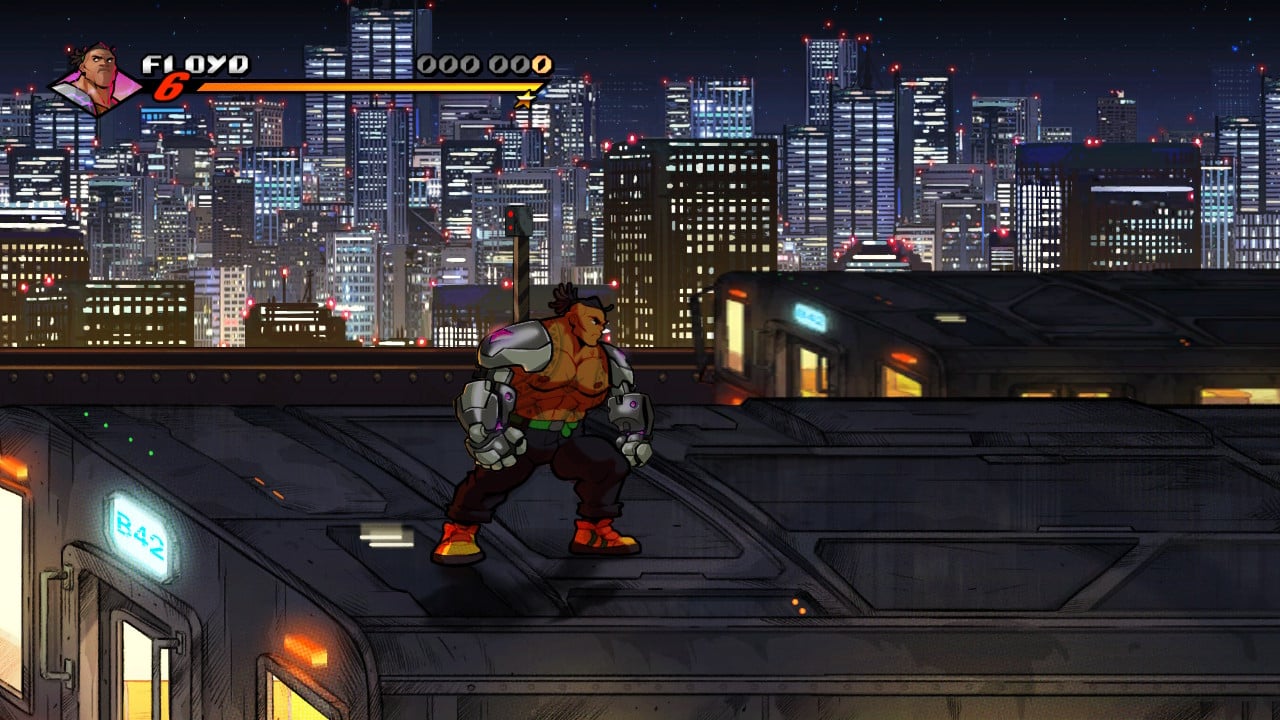 The roster is varied with brawlers whose fighting styles fit yours. Axel and Blaze are more balanced, the cyborg Floyd is rather slow but a heavy-hitter, while Cherry deals faster but lighter damage. Additionally, more characters join this main roster, amounting the total number of playable characters to 17. These include 12 unlockable pixel art fighters who come from the whole Streets of Rage series, and bring along abilities from their respective titles like getting some extra help from the police.

Once you beat the Story mode once, additional modes unlock. There’s the Boss Rush if you want to test your mettle against bosses with a single life. Arcade lets you go old school with only one credit to clear the game at one go, without any saves. There’s Stage Select if you want to revisit a specific area. Battle mode is for you to challenge your friends in a fight. All of these modes will surely keep you hooked for hours on end, especially given the ease to pick up a fight in short bouts.

Coming back to our theoretical spectrum, Streets of Rage 4 stands on the better end of it. With its diverse roster composed of old and new Streets of Ragers, difficulty to your liking, varied locations and different modes, this opus has a bit to appeal to a wide range of gamers. Despite its new 2.5D appearance, it's a worthy revival of a cult series and newcomers will get to appreciate the beat ‘em up genre at its finest on modern consoles.

Speaking of consoles, the Nintendo Switch version might be the go-to version to play this title as it plays flawlessly and the ability to take on fighters on-the-go in quick bouts is one you won't find in another console. 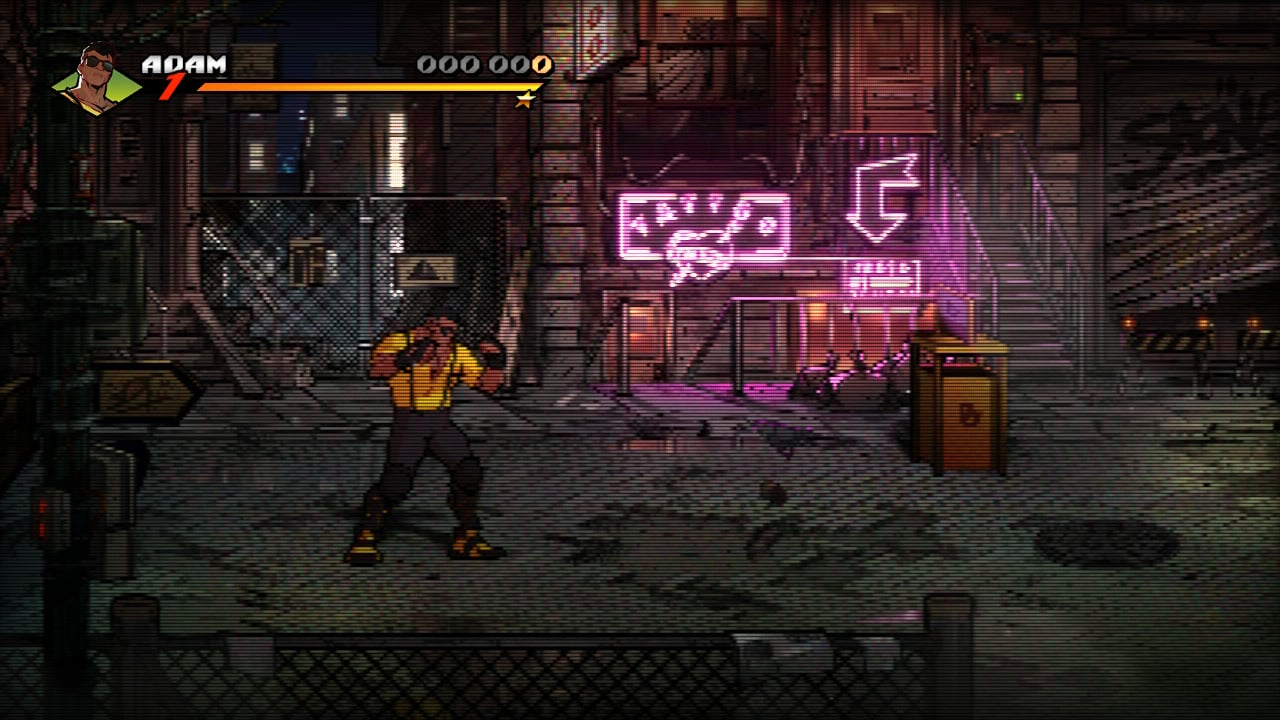 Verdict
You, Zumoly, DS1 and 10 others like this.
Unlike this review