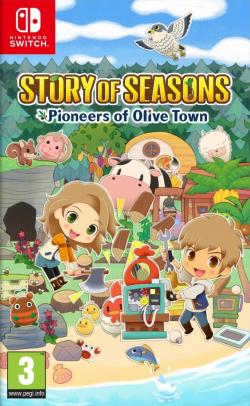 Once the king of farming simulators, where does Story of Seasons fit in to an ever-growing genre?

The Story of Seasons franchise has been dealt a bit of a bum hand lately. Despite pioneering the farming simulator genre, it's taken a back seat to the games it inspired. After the farming sim genre hit a rough patch, the independently-produced Stardew Valley brought it back in full force, and has remained at the top spot for farming RPGs since its release in 2014. Along with that resurgence of farming simulators came more competition, mostly from the Rune Factory series, a self-described "fantasy Harvest Moon" that mixes the farming simulation with a more typical JRPG experience where you upgrade equipment and fight monsters. To make matters worse, due to a rights dispute, Story of Seasons isn't able to call itself Harvest Moon anymore, the name it used in the West for the first twenty years of its existence, eliminating most of its name recognition. Despite that, however, Story of Seasons still seems to be trying to cash in on the nostalgia of its older games, as it's refused to modernize. It stays a traditional farming and life simulator, mostly ignoring the RPG and combat elements of Rune Factory and Stardew Valley. Unfortunately, it's hard to figure out what they have added to make up for that disparity. 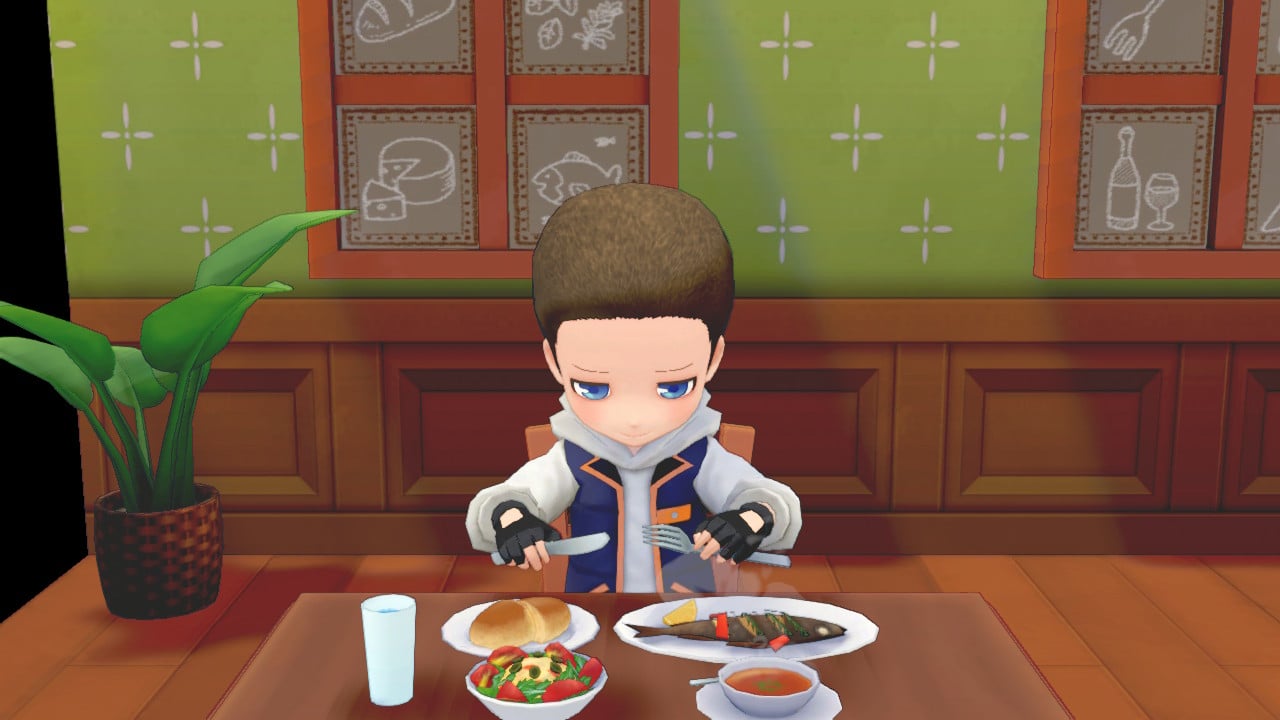 The first thing you'll notice about Pioneers of Olive Town is how ugly it is. While a simplistic, cartoony style is of course the right choice, it feels like things are a little too simplistic. The colours are muted, and there's little texture or detail to anything. The animations also stand out as being stiff and lifeless, right from the first cutscene, where you hop on a little motorbike and, ramrod stiff, totally emotionless, solemnly drive into Olive Town to start your fun new adventures, looking kind of like Arnold Schwarzennegger at the beginning of the first Terminator after he steals that biker's clothes. Things don't improve once you reach town. The animations are stiff and repetitive, people stare at you blankly when they speak. Hell, they don't even turn to look at you if you approach them while they're walking, so most of your conversations will be had with people's backs. And since Pioneers of Olive Town makes the bizarre decision to completely omit character portraits, you rarely know how people are emoting while speaking to them.

These might seem like small nitpicks, but this lack of personality takes a toll on the experience. Farming sims are a weird type of game where the work is often its own reward, and it's hard to get invested in that gameplay loop when there's no charm to it. When I play something like Animal Crossing (not exactly a farming sim, but close enough) I'm very aware that the repetitive tasks I'm doing will only beget more repetition, but I do them anyway because there's a cute piece of furniture I want to get out of it, or I want to impress a fun villager, or I just want to see all the bad puns they had to write for every type of fish. It doesn't really matter; there's some bit of flair that sticks out and makes it worth doing all the tedious tasks to maintain my village. There's none of that in Olive Town. It's all very business-like. You're presented with a farm and a town full of people to befriend, and you're expected to want to participate just because it's there and you've done it before. 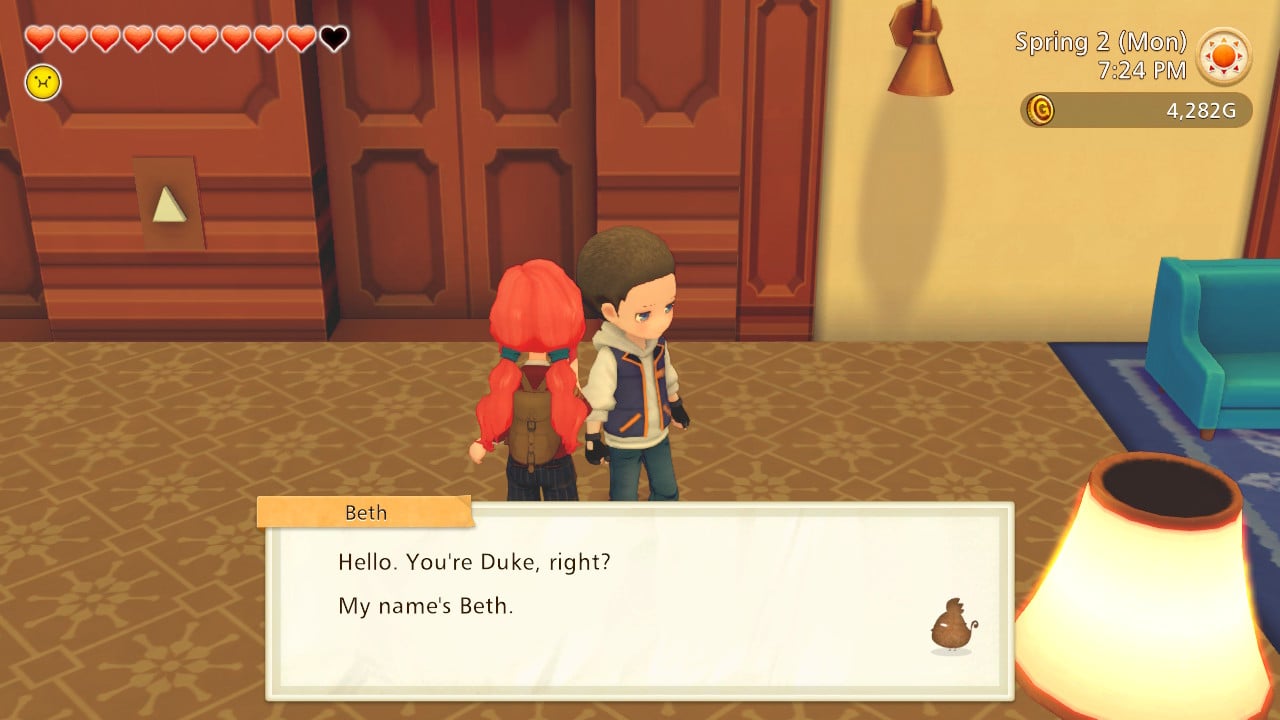 This lack of life extends to the writing overall as well. Pretty much all farming sims have the same plot, and Pioneers of Olive Town is no exception: you inherit an overgrown farm and need to run it while integrating yourself with the nearby town. The little added wrinkle this time is that you need to help revitalize the town into more of a tourist attraction. Near as I can tell, you were assigned this task because you were the only other person in sight when someone asked the mayor to make the town suck less. Since the plot is pretty familiar, a lot of the writing's heavy lifting falls to the incidental dialogue; the charm and liveliness of the townsfolk. Unfortunately, the only thing even more lifeless than the animation is the script. The festivals and in-game events usually amount to just a brief cutscene or a mini-game, and the dialogue with romantic interests and dear friends feels weirdly impersonal. Compare it with, for example, the friendship events in Stardew Valley. They have real drama to them, and they incorporate other townsfolk to give a stronger sense of community, and that these characters have real lives outside their interactions with you. The friendship events here are brief and, even if they involve other townsfolk, everybody is such a blank slate that you can't really get any sense of them as people. I actually found myself much more invested in raising and checking my heart level with my animals, because they were much more believable and compelling.

Unfortunately, the controls also feel like they’re standing in the way of your immersion. There’s a certain pervasive jankiness that’s hard to get past. You move very slowly (though you can get a scooter to speed up long distance travels), and your character needs to be standing in a very specific spot to properly interact with objects. You can adjust and lessen the impact this has, but it’s never natural, which only emphasizes the repetitiveness when you’re very consciously fixing yourself so that you can complete each and every task. Again, that may sound like a nitpick, but think about how many squares of soil you till, or plants you water, or trees you chop down in your average farming sim, and you’ll understand that the annoyance can build up very quickly. Adding to the technical annoyances are the long load times and frequent framerate drops. Some early patches have already lessened these, but they’re still an issue. 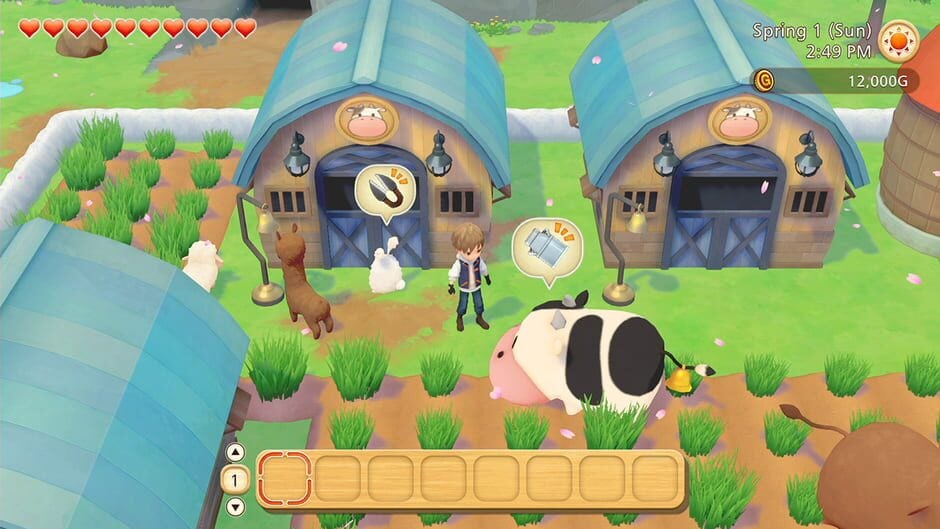 Even if everything worked properly, some of the mechanics just get in the way too. For example, in order to refine raw materials like wood into usable resources like lumber, you’ll need to craft a series of “makers.” Each lumber, or thread, or whatever material is being refined, takes several in-game hours to be finished, and you can’t queue more than one at a time, so you’ll constantly need to interrupt what you’re doing to run back to your farm in order if you want any kind of decent progress. On the other hand are the town requests, which, instead of creating too much busywork, are so short they become pointless. There’s a town bulletin board where, every day, will be a request from the mayor or another villager for some sort of material to be delivered to them. It’s usually a small enough amount that you’ll have it on you, and you can deliver it straight from the bulletin board, so tying it to a fellow resident feels kind of pointless when they ignore the opportunity for characterization in these requests.

Granted, there is some fun to be had when you get into the gameplay loop. Like with any farming sim, it's easy to get caught up in the process of planting seeds, tending to your animals, telling yourself you'll just play long enough to see the big yield, then the next one, then the next one. Then you'll discover you can get a set of sprinklers that'll save you bunch of time as it automatically waters your crops, or you want to build an automatic feeder, and you're sucked in. There's an in-game achievement system to set little goals for yourself, too, if that's your thing. But I couldn't help thinking that this basic gameplay loop exists in other farming sims, and is executed better there. Eventually, you'll hit a point where you feel your farm is running as efficiently as you can get it, and you'll get tired of making it run better for its own sake. When I reached that point in Stardew Valley, I kept going because I was invested in rebuilding the community centre, or in the townsfolk. When I reached that point in Olive Town, there was little to keep me going. Combine that with the fact that I always felt like I was fighting the controls, and building my farm felt like a chore. 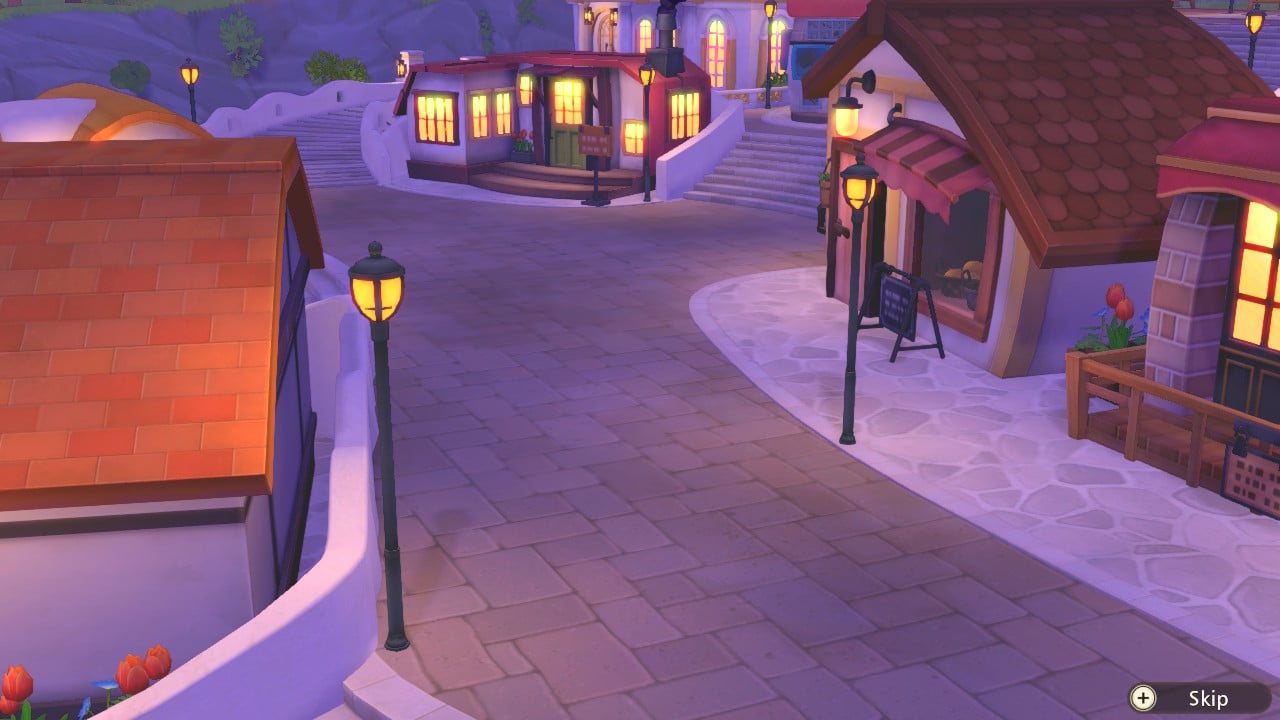 Story of Seasons: Pioneers of Olive Town feels like a proof of concept for the farming simulator genre. The basic gameplay loop is present and as engaging as it can be when it’s not propped up by anything else, but the gameplay is completely unrefined and most of the writing feels placeholder. In fact, the developer has already promised future patches will not only address the technical issues and some of the mechanical issues, but will also rewrite the dialogue to have some personality and add character portraits. If this had been presented to a publisher as a demo to secure funding for a finished game, it’d be acceptable, but there’s no excuse for charging for this in the state it’s in right now.