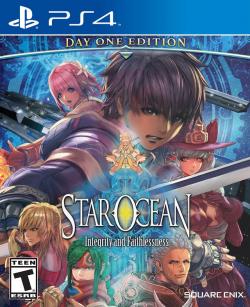 You thought Tales of Zestiria was bad? Well have I got news for you.

The Star Ocean games are a beloved series of JRPGs, dating back all the way to the Super Nintendo. Star Ocean: Integrity and Faithlessness is developer Tri-Ace’s most recent entry into the series, releasing 7 years after the last Star Ocean game. However, it certainly seems that this game was not worth the wait, and is instead held back by bland combat and dated gaming mechanics. For returning fans of Star Ocean, this game takes place between the events of the second and third games of the franchise, but they do not need to be played to fully understand this game.

To boldly go where every plot has gone before

Integrity and Faithlessness is set on the distant planet of Faykreed, and tells the story of Fidel Camuze, a young swordsman whose hometown is on the verge of destruction from bandits, so he has to take charge and must find a way to fend off the invaders. Meanwhile, war is brewing between the three countries of Resulia, Trei’kur and Langdauq. As Fidel travels to his father’s city in order to request troops to defend his home, he meets a girl named Relia, who has lost her memory. Relia also happens to have some strong enemies trying to chase her down because of her extraordinarily strong powers. The rest of the plot unfolds while Fidel and his allies try to find out the origins of the mysterious girl.

The story and characters on display here are absolute cliches, and don’t do anything you haven’t seen before in a JRPG. Everything feels like it was badly derived from a checkbox of "genre essentials". Star Ocean boasts a unique sci-fi, Star Trek-esque inspired world, but there’s no interstellar travel, and you instead find yourself backtracking between the same cities a multitude of times. Any sense of exploration quickly dulls out, as you pass the same environment for the eighth time for the sake of another irrelevant fetch-quest. The game itself feels quite limited in budget, with its constantly re-used assets.

Of course, Integrity and Faithlessness isn’t all flaws; the soundtrack done by composer Motoi Sakuraba is exceptional, and a true high point of the game. You can rest assured that some catchy music will be playing whilst you mindlessly mash buttons during combat. 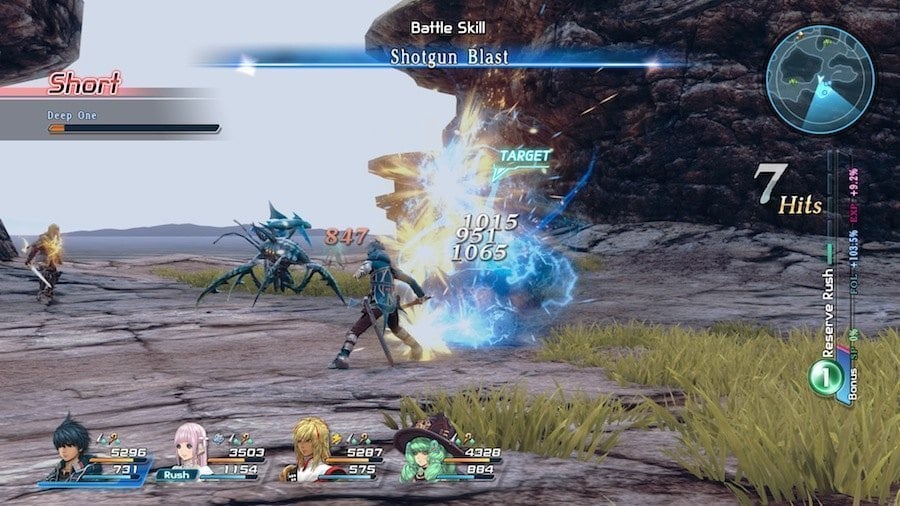 These are the voyages of the starship...Charles D. Goale

Which brings me to the gameplay. Star Ocean is an action-RPG, much in the same vein of Tales of Zestiria. Also similar to the aforementioned game, are the seamless battles with no loading screens. When you run into an enemy in the overworld, you’re thrown straight into a fight. The combat here consists of weak attacks, strong attacks, special attacks, and signeturgy (magical spells). There’s also a rock-paper-scissors mechanic, where strong attacks can break an enemy’s guard, weak attacks will halt strong attacks, and guarding against weak attacks will give you an opportunity to counterattack your foe. At the very start of the game, you’ll be merely alternating between weak attacks and strong attacks by mashing two buttons, and rarely guarding or dodging against your opponents. When you reach the end of your journey however, you’ll be relegated to using the same special attack over and over again, because it’s the only efficient way to take out the hordes of enemies you encounter.

New to Integrity and Faithlessness is the ability to have up to seven party members in a fight at a single time, six of which you can control. (Relia is never a playable character, and is only a support.) Having so many characters fighting on screen at once is a pretty interesting idea in theory, but doesn’t work out in execution: having that much action going on at once is a nightmare. The camera tends to jump about from place, or just gets stuck at an awkward angle  It becomes far too hectic to keep up with, and once again stresses that button-mashing your way to victory is the best way to go about things. With so many characters fumbling about, it also makes it difficult to switch to other playable characters. Not to mention, that after every fight, no matter who you were controlling during combat, you’re relegated to always playing as Fidel outside of battle. Then when you jump back into battle, the camera launches forward and centers on the character you were previously controlling, which can lead to you getting pinned between a rock and an enemy. I ended up finding myself unable to dodge correctly quite a few times, simply because I was fighting in a cramped corridor and whatever I was fighting had backed me into a corner where I couldn’t escape from. These are definitely not things that you want to deal with in a game that has a 25 hour long campaign. 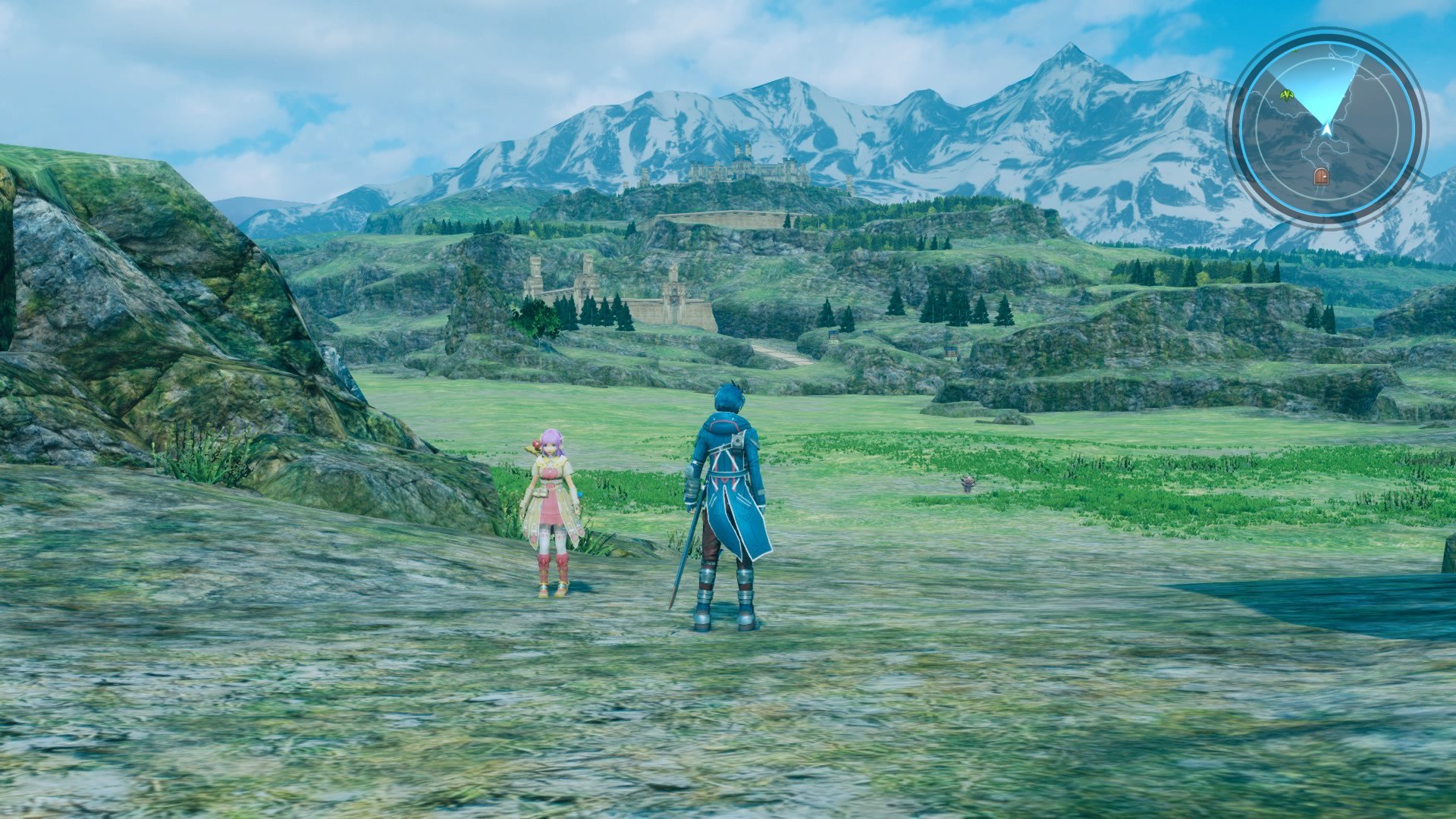 Whilst you find yourself on the battlefield in control of your character of choice, the other 6 members of your team are helmed by the AI. It does a competent job for the most part, but there are a few moments where your teammates will sit there doing nothing, as they absorb hits. Luckily there is a system that gives you a bit of control over what the AI does. These are called roles, and allow for slight character customization through adding different perks and stat buffs. There’s a fairly large amount of roles to level up and unlock, which is fun, but it’s nowhere near enough to save the combat from feeling bland.

This game manages to look fairly impressive. From long, sweeping landscapes, with flowing grass and mountain ranges, to quaint little villages with finely detailed architecture, tri-Ace did a great job at making the game look great from a graphical standpoint. There are the occasional missteps, though, like low draw distances causing trees to appear out of nowhere, or textures that look awkwardly flat compared to everything else. The biggest problem here is that while the game is good visually, it suffers from having too much world to explore. Why run across sprawling valleys when you wind up at a dead end a majority of the time? There’s no point to having such an expansive world, when it feels so barren and empty. 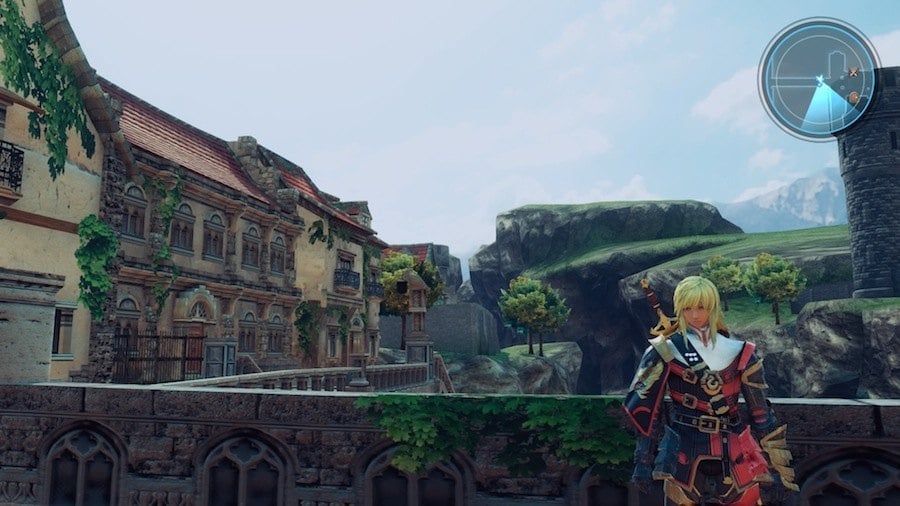 Overall, Star Ocean: Integrity and Faithlessness has a great premise, but ultimately fails to deliver an enjoyable experience on all fronts.

Verdict
You, Bortz, Prans and 4 others like this.
Unlike this review