Log in Register
Menu
Install the app
You are using an out of date browser. It may not display this or other websites correctly.
You should upgrade or use an alternative browser.
Official Review PlayStation 5 Updated 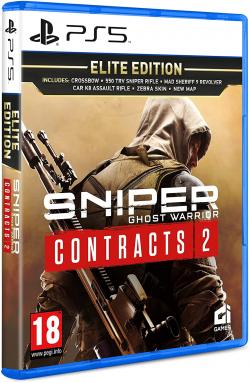 Single player
Local Multiplayer
Online Multiplayer
Co-operative
Raven is your name and sniping is your game, but how does this sequel compare to the rather underwhelming first instalment?

As many of you may have realised by now, I love sniping games. I have played every single version of every single sniper game I could get my grubby mitts on, and still, I find an unrelenting urge to play more, newer, shinier games that feature sniping and tactical cover. I love the feeling of long-distance stealth and the idea that no one can pinpoint where I am and where my last shot came from. What began as a PS4-game-played-on-PS5-review, evolved into a PS5 review on the 24th when CI Games released the free upgrade for PlayStation 5 users. I would have been barmy not to take up this offer, and not look at the differences, because after all, this update is free. Let's get the elephant in the room addressed immediately: you cannot use your existing PS4 save with the PS5 "upgrade" once you have installed it. Instead, you can click the "..." button and select the PS4 version of the product to find your current trophy and progress status for that version. I was quite disheartened at first and reached out to them via their Twitter page for clarification, but to be fair, countless users had already queried this and had been told the same thing repeatedly "It was not possible to use your PS4 save on the PS5 version". I had already sunken a good few hours into the PS4 edition and taken quite a few screenshots along the way, so rather than seeing it as an inconvenience, I saw this as an opportunity to strap in again and do a direct comparison while trying out alternate methods and routes for clearing the objectives. I was not disappointed! 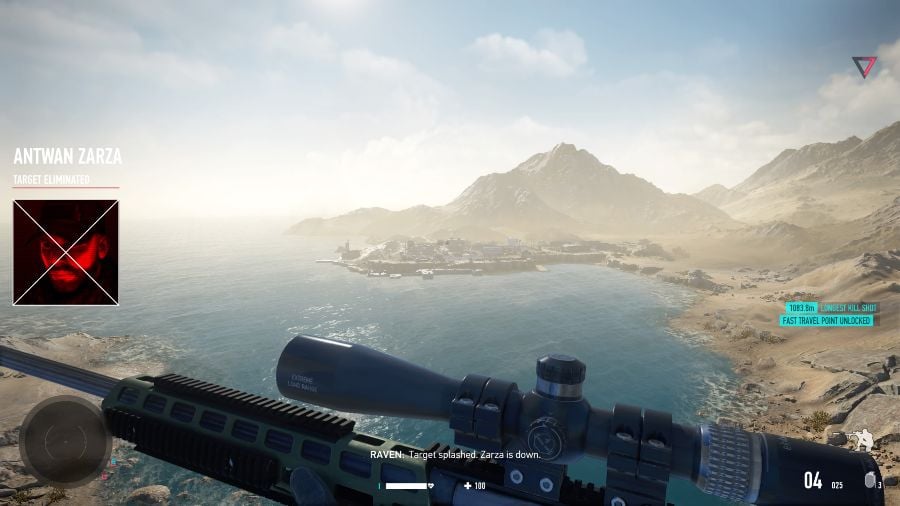 When I reviewed the original Sniper Ghost Warrior Contracts game back in December 2019, I noted that there was a certain sparseness and a lacking in the overall attention to detail. Well, I can confidently stand here and say that the sequel has clearly listened to every ounce of constructive critique and done an incredible job of fleshing out the levels and building a fully immersive world. With the PS5 lick of paint glazing it over with 4K textures at 30 FPS for Visual mode or 2K textures at 60FPS for Performance mode, the game does not disappoint, though once you play at 60FPS it's tough to go back to 30FPS regardless of higher resolution textures because it's far more buttery smooth on the eyes. 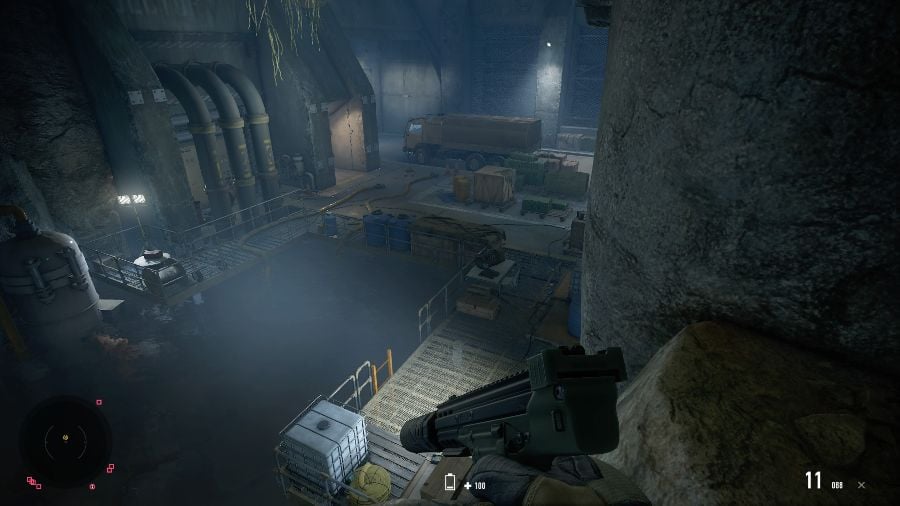 Gone is the sparsity and blandness of the first installment, and instead, you are hit with living breathing worlds that are littered with objects and collectibles, interesting geographic geometry to explore, and a vast collection of POI's to gawp at. The game is divided into of the 5 regions of the fictitious Middle Eastern Nation of Kuamar, and you, Raven, are tasked with peacekeeping because you are entirely selfless and pure of heart, just kidding, you are tasked with ensuring a war doesn't ensure that causes the price of oil to rocket up, and you want to earn a hefty wage too right?

The game focuses on splitting each mission down into tasks per region, and in turn asks you to perform increasingly intricate trick shots to either cripple a region's electricity, burning entire oil fields, take down their militia leaders or hunt down some good old-fashioned bounties. The bounty and assassination missions see you track-down and face-off against various figures of interest for political or monetary reasons, but the main pull here is that you can do anything you like in any order you like. So if you want to get up close and stealthy, you can, or if you choose to recon every single enemy from a vast distance and then pop just the target in the head from almost a mile away in a secluded spot; the game lets you!

In a couple of scenarios, I managed to extremely quickly hone in on and pop the bonce of specified targets with some 1100m+ wizardry and it's honestly massively exhilarating to feel like you are proficient in your weaponry. Selecting the right tools for the job is critical too, so picking a rifle with correct ranging, the right type of ammunition, and the correct scope will help you massively in each region. Personally, I opt for silenced weapons over massive range and, pro tip, always remember to put in the time to recon and spot enemies with binoculars first, to tag targets and ascertain their relative distances, so that you can calibrate your scope correctly for each shot. Though your mask will help indicate bullet-drop, wind direction compensation, and the sweet spot; it's ultimately you who pulls that trigger so make them all count and do not give away your position, or else you will get mortar bombed to high heaven. 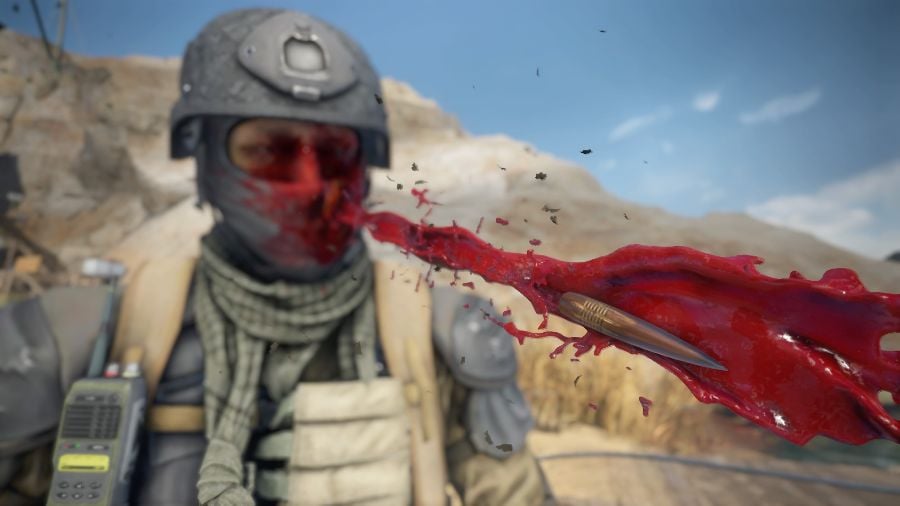 The first time I played the first region I opted to take down everyone, and though it is hugely entertaining to line enemies up and get double and triple headshots from incredible distances, there is something to be said for playing the specter and ghosting it around interrogating and eventually silently ending their lives by your own hand. The second time I began, I attempted to do a bit of a speedier run, and just focus down on carefully eliminating the big money targets which lead to a far quicker completion time of each mission, but meant I had to be super careful where to drop the bodies as to avoid being discovered and avoid alarms being activated. Either way, you opt to play SGHC2  you are in for a treat as virtually every aspect is improved over the last game. For example enemy NPC's chat and gesticulate with each other, seemingly telling jokes, and you get a sense of general camaraderie between them. It seems a shame to end their lives, but in doing so you can earn some of those 44 tasty trophies for things such as killing at least one of each enemy type in the same mission, using your drones poison darts, or killing a target from over 1300m away. Blowing the enemies to pieces is particularly satisfying too, and though there is a definite omission of the X-Ray cam that Sniper Elite lays claim to, Sniper Ghost Warrior Contracts 2 gives stunning high-resolution slow-motion spurts of blood, bone-cracking limb dismemberment, and full-on headshot carnage with every well-placed bullet.

Whilst playing the second region I felt a nostalgic Predator style vibe to it, given that I had to purchase the thermal imaging mask perk before starting it, I opted to use it permanently throughout. Sneaking and hunting down each bad guy is incredibly satiating whilst a blue hue fills the screen, and focusing in on heat signatures leads to some interesting scenarios whereby you have to choose whether to go full stealth and take them down from behind with your knife or invisibly lurch out of the jungle and headshot them in the face before they can even attempt to react. If you have the patience to play a stealthier game, you can really get a lot out of SGHC2 thanks to the level of realism and the entirely immersive environments it holds, but don't forget to watch the level of the battery on your mask augmentations as once it drains you can find yourself stuck in a corner until it regains its charge. I was particularly impressed by things like the rays of light beaming through tree canopies, the sheer density of the jungle-like environments, and the non-linear complexity of the levels given their large scale yet not entirely open world-ness. 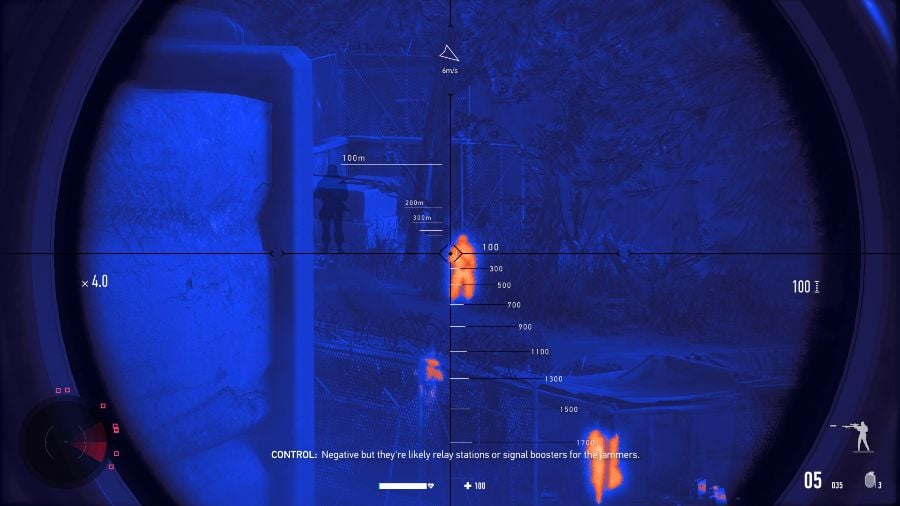 Overall Sniper Ghost Warrior Contracts 2 is a vast improvement over the original, and while its storyline still won't set the world on fire; that's absolutely ok with me when it plays and looks so incredibly fresh and inviting. Given the upgrade options to PS5 you get access to Dualsense Adaptive trigger features, Haptic feedback, super-fast loading times via the SSD, and obviously the upgraded textures and visuals. SGWC2 has totally changed my opinion on the series as a whole in a very, very encouraging way by bringing us the game it should have been to begin with, clearly listening to feedback and without even relying on the power of PS5, providing a sublime experience on aging PS4 hardware too. Though it's a little easy to play on lower difficulties and most of the solutions are implied by the voice in your ear, the game certainly poses some tough challenges if you dig deep and crank up the realism. If you avoided the first game, fine, but do not miss out on this second installment as it is an intensely improved experience and a really great example of how quality sniping games can be done!

What We Liked ...
What We Didn't Like ...
9
Gameplay
This is the strongest outing yet for the Contracts spin-off series, and the variety and core gameplay shines throughout. Given the last game took marginally longer to beat the game, this is a denser more enjoyable and thoughtful experience, and one that I far preferred.
8
Presentation
The PS5 upgrade is nice, but 60FPS is where it's at for me personally. I love the look of the game and each environment, the level of detail overall is superb and the sparsity of the first game is nowhere to be found. The voice in your ear sounds, who you could be forgiven for mistaking for Sean Bean, conveys the predictable but engaging story well throughout.
8
Lasting Appeal
Given the bounty missions and DLC already available there are masses of things to keep you coming back for more. SGHC2 raises the bar in replayability for sniping games and really impresses with its mere £35 price tag.
8.3
out of 10

A huge step in the right direction, and more groundbreaking and notable than the last game; SGWC2 legitimately elevates its self from its pedigree to form an absolutely rock solid package. This is definitely one to play and highly recommended for sniping aficionados. Now that the level of presentation matches the in-game content it's a package not to be missed especially on PS5.
Reactions: Prans and Mama Looigi
Share:
Facebook Twitter Reddit Pinterest Tumblr WhatsApp Email Share Link