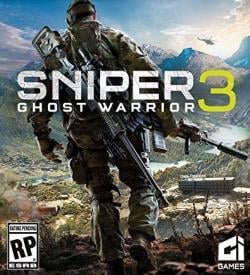 Single player
Local Multiplayer
Online Multiplayer
Co-operative
Can the third installment in this confusingly-titled series overcome the shortcomings of its predecessors?

The Sniper Ghost Warrior series has always set out to provide the most technically accurate, realistic, and tactical sniping game ever created. In some ways, it really does succeed. In their purest forms, the parts of these games where you actually snipe really do feel completely satisfying and make the payer feel like a real sniper. However, as the confusing title of the series would suggest, mind-numbingly unnecessary additions to such a simple concept as sniping cause the games to make the player want to have a bullet in the back of their head.

The story follows Jonathan North, an agent on a special mission in Georgia to undermine insurgent forces while also locating his long-lost brother. Everything but the kitchen sink is thrown together here to create something resembling a narrative, including foiled weddings, love interests, Soviets, and secret societies. No real justification is given as to why random watchmen need to be sniped out of the picture, but knowing the way this title's narrative unfolds, I'm not sure I would want an explanation. Horrid voice acting, completely flat characters, and hair-brained plots lend little to the experience, making the player want to skip as many cutscenes as possible to get to the fun part which is, of course, sniping. This completely bland attempt at a narrative adds nothing to the game, and frankly it would have been better if it had just been removed completely. 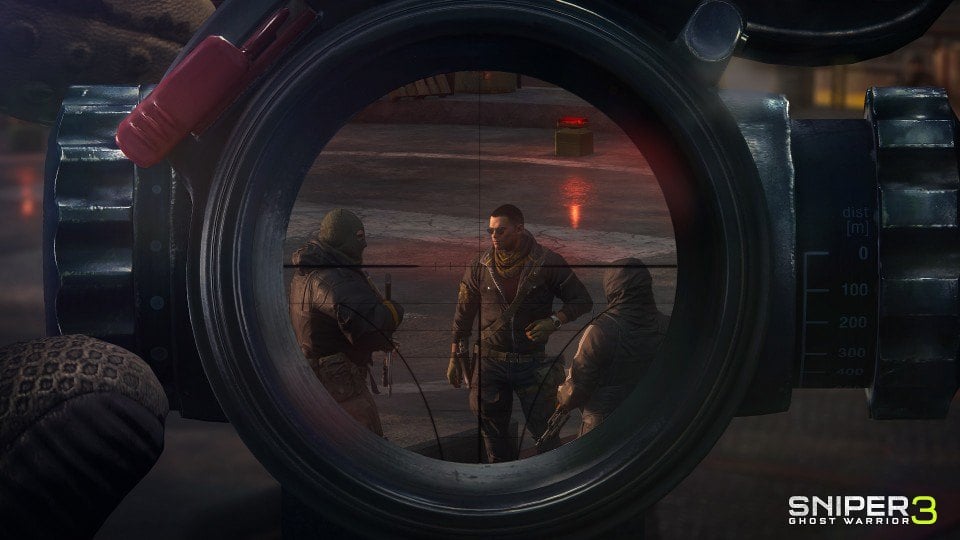 CI Games attempted to remedy the sickening linearity of previous entries in the series by shifting SGW3 to a more open-world model. But rather than actually creating a world full of side missions, NPCs, and landmarks scattered among the main missions, the developers simply put vast stretches of nothingness between the most important locations. Not a single NPC, landmark, or remotely interesting landscape is to be found in this open world. It comes from a completely misguided conception that having an open world is inherently better than a linear game, regardless of what's actually in that open world, which in this case is absolutely nothing. A few side missions interrupt the monotony, but they are by and large too short and boring to really enrich the experience. I can't think of a better example of an open world executed more poorly than this. To make things worse, incredibly long "make-a-sandwich" loading times accompany the seams between most major map areas, so if a player would for some reason want to explore the vast void they would be halted in their tracks every five minutes.

The strange title of the game is explained by the main three play styles offered to the player. The Sniper play style is self-explanatory, focusing on taking out foes undetected from long distances. Playing the ghost style means lots of close-quarters stealthy kills. Warrior players come out guns blazing, beating the enemy with brute force and lots of guns. However, neither Ghost nor Warrior is even remotely as efficient, fun, or fleshed-out as the Sniper option. All the possible variables that even a professional sniper would have to consider are included when the player sets up a long-range shot, needing to adjust for the wind, the target, and the distance, as well as many other always-changing dispositions which will affect the velocity and landing point of the shot. If there's one thing this game manages to do well, it's the sniping sections. Detailed animations and a huge range of options make setting up and delivering the perfect shot an extremely satisfying experience.

Unfortunately, SGW3 refuses to do the parts that it does well often, instead forcing the player to use the awkward and incomplete range of options provided by the other two playstyles, Ghost and Warrior. Several missions take the sniper rifle out of the player's hands in favor of a knife or a machine gun, "encouraging" the use of several different playstyles to accomplish missions in different ways. However, in the all-too-many missions in which the player is forced to do anything other than snipe, the game loses the only fun part about it, which is the sniping. I can't understand why the developers would spend so much time developing a hyper-realistic and satisfying sniping system, only to throw together two other half-baked combat modes for the sake of variety and force the player to use those instead at times. It's inconceivable that the player would ever do anything other than snipe in the missions where there is a free choice of playstyle. Ghost and Warrior modes are two of many "features" which only serve to detract from the few fully-developed and fun parts of the game.

Graphically, the title would have been pretty impressive for a small developer. The textures and character models are nicely detailed, and the draw distance is impressive, stretching far into the horizon. However, the presentation of this title is absolutely marred by horrible technical issues. Animations of even the main character sometimes clip through floors and ceilings, sounds don't trigger when they should, and worst of all, the loading times are nothing short of obscene. Freezes and crashes are frequent, and though I played it on PC these crashes have even been reported on consoles. Framerate dips ruin immersion in the environments which would otherwise be convincing due to detailed weather and lighting effects. Between technical issues and unnecessary additions, the developers have done everything possible wrong to distract the player from the parts of the game that are executed well, namely, the sniping.

What We Liked ...
What We Didn't Like ...
5
Gameplay
Long loading times and unnecessary additional playstyles are forced on the player, distracting the game from its most fun element, sniping. The barren open world adds nothing other than extra time to a player's progression.
4
Presentation
Occasionally good-looking visuals are marred by terrible technical issues including framerate dips, strange animations, and frequent crashes. The attempt at a narrative is laughably bad.
5
Lasting Appeal
The campaign took around 12 hours to complete, but it could be much longer or shorter depending on which playstyle is chosen. However, even the sniping becomes monotonous, with little being added to its inital depth throughout the game.
4.5
out of 10

Developer CI Games attempted to fix many issues of SGW3's predecessors in ways which ultimately confuse and distract the core experience of the game. A barren open world, glitches and long loading times, and needless hand-holding through forced playstyles ruin what fun is to be found in the well-executed core element of the game: sniping.
Reactions: TheKawaiiDesu, Deleted member 377734 and T-hug
Share:
Facebook Twitter Reddit Pinterest Tumblr WhatsApp Email Share Link
Was anyone really expecting anything better from SGW3?
Soooooo...just skip this shit then ?