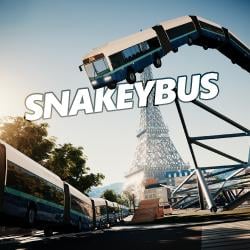 Snakeybus is an arcade bus driving game for the Nintendo Switch, PS4, Xbox One, and PC.
Is it a bus? Is it a snake? It's...both? Snakeybus makes the drive to consoles, but is it a smooth ride?

We all know Snake. Collect fruit, grow larger, the biggest threat being your ever-lengthening body. It's a simple formula that, much like Pokémon, hasn't evolved much in recent times. Some would argue, much like Pokémon, that it's because it's fine as it is, but I would disagree. Snake has always missed some kind of jazz, some kind of sparkle to really strike it rich in the modern days. Snakeybus brings exactly this.

While lesser games may opt for a massively multiplayer experience, or even a battle royale environment, the folks at Stovetop had a different idea⁠—a vision they would stop at nothing to see through to the end. What if we made Snake… with buses? On paper it's simple, and really in-game it is too. Across a number of environments, you ride around in a bendy bus picking up passengers, and upon dropping them off, your bus extends. On extending, you're able to pick up more passengers, allowing for exponential growth and absolute chaos as you find yourself rear ending your own bus from half way across the map. 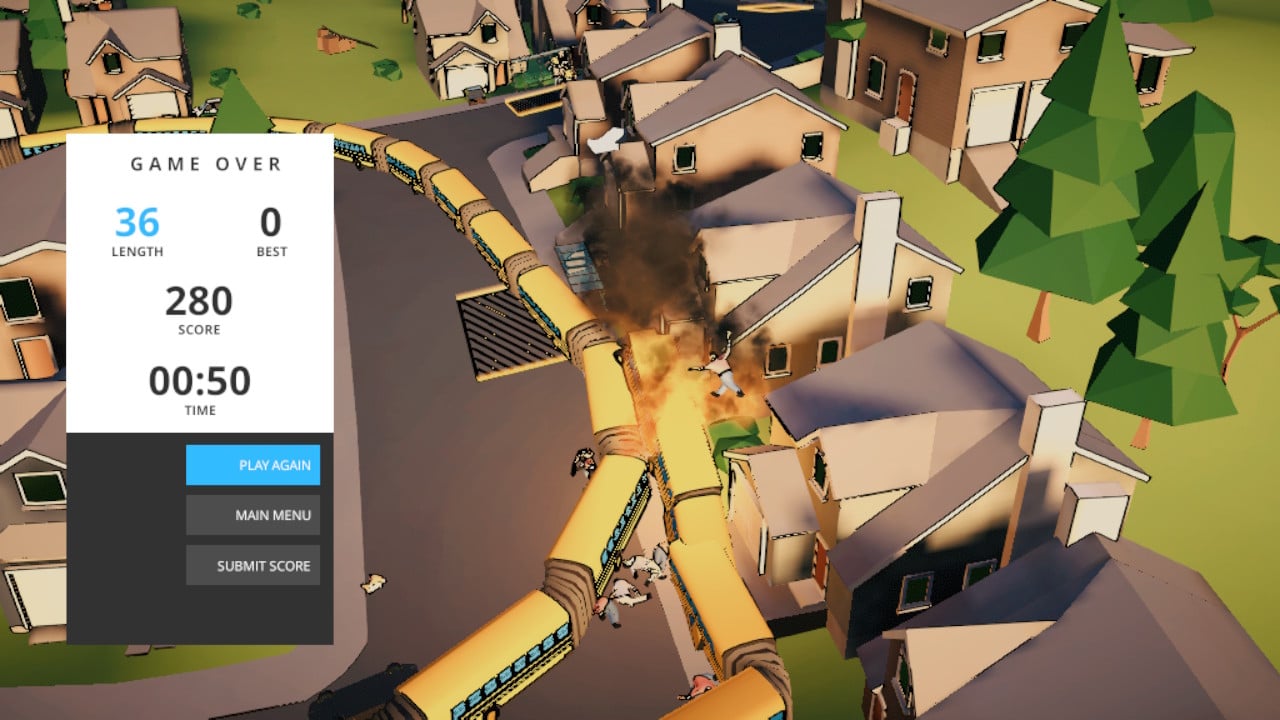 At its core that really is it, but with a small selection of modes and maps to enjoy it, there's a surprising amount to keep you coming back. First, you have Classic. Classic sees you do exactly as I described to the letter: you pick up passengers, you drop them off, the bus gets bigger, repeat until you mess up for a high score. Starting with a single stage, you quickly get a feel for the controls and how the game plays. Just as you're getting comfortable, you'll find yourself unlocking another stage as you cross scoring thresholds, keeping the experience fresh and keeping you hooked. You have a sense of 'just one more round' paired with a well-paced drip feed of new content to enjoy. It's addicting while it lasts, but herein lies the largest issue: it doesn't really last. Once your content has been run through, the only remaining motivation comes from trying to better your score and the score of others. The wackiness, the joy of Snake with buses, the marvel of it all only takes you so far, and if you don't have friends to compete against I fear this isn't a game you'll be able to stick at.

Outside of classic play, there are a few extra things to keep you interested. Timed Classic gives the game an interesting score attack vibe that incentivises fast play over cautious movements; it's largely the same from a gameplay perspective, but the shift of focus does a good amount to feel fresh despite this. My largest point of contention lies in the Aerial mode and its beautiful madness. You see, the bus you control in Snakeybus has, as all good buses do, a jump button. It's a small burst of rocket power dispersed from the underside of your carriage to get you out of the stickier situations you might find yourself in as part of the job. What Aerial mode does is make this single mechanic into a game mode. Instead of it being a last resort, you find yourself relying on an infinite jump to manoeuvre through a cave as water continues to rise. You deliver passengers to their destination, the water sinks a little. It's a thrilling back and forth that is horrible to control and brilliant fun to play. In the end, however, you find yourself running into the same problem: there's only one map you can play this mode on. Snakeybus is a game that throws interesting mechanics and fun modes at the player, but lacks the longevity to back it up.

There is one thing in particular that stands out about the game that does, in fact, assist in giving you an additional layer of replayability in the form of online multiplayer. The catch is that it isn't available on the console releases, with no plans of its addition in the near future. Reviewing the Switch version, this naturally means I've not had a chance to play it myself, but looking at gameplay for the PC release, it's a terrible shame to see it missing. It's brilliant. You compete against others on the same map trying to cut each other off, all the bizarre and wild action amplified exponentially. 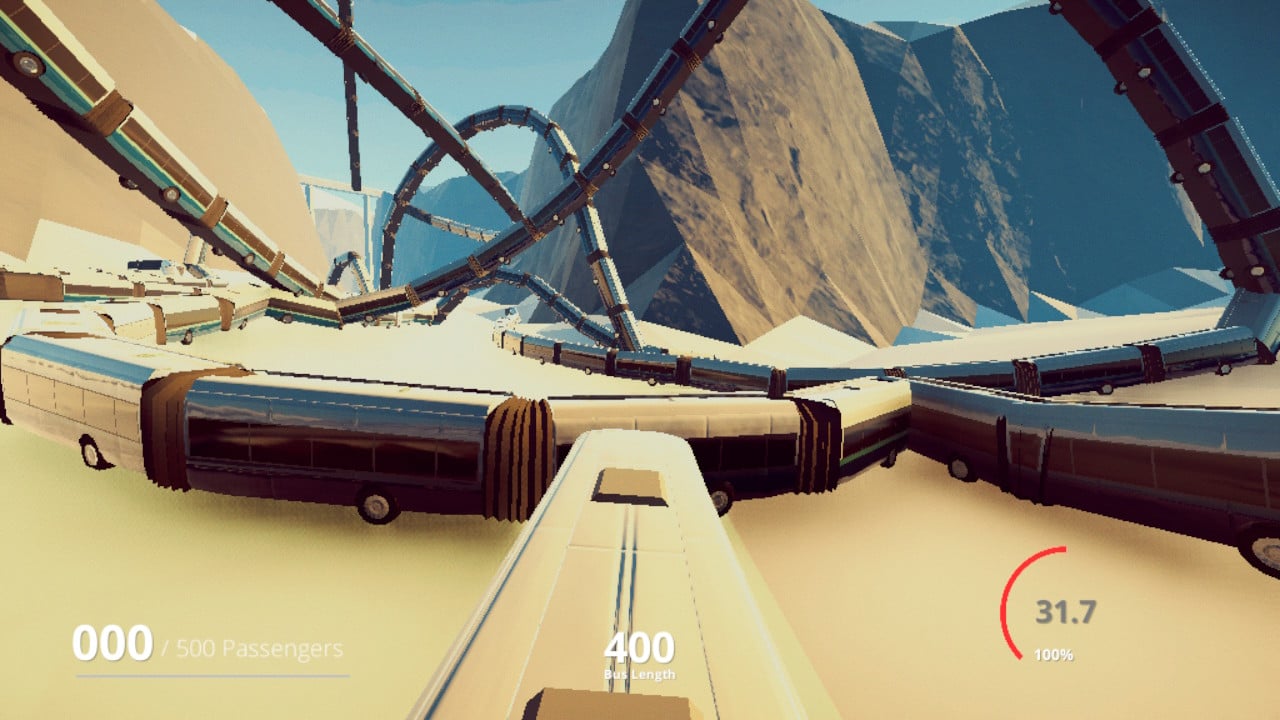 An additional Endless mode lets you just have fun with your extremely long bus.

I had a great time with the game on the Switch, and its portable nature makes it ideal for the brief pick up and play sessions you'd generally want from an arcade title. It is difficult however for me to wholeheartedly recommend it to anybody wanting a complete Snakeybus experience. If you have a capable PC, I urge you to give the game a shot with a few friends online; those without need to assess what they want. For an arcade title to return to here and there, it remains well-executed in its concept and fun to play. Having played each level through and through, it's not a game I see myself coming back to soon, but I also doubt this is the last I'll play of it.