When the Nintendo Switch launched I was a relatively late adopter, but I was assuredly swept up in the hype. I wanted to be able to play Zelda in higher definition, with better frame rates than my trusty old Wii U could offer, and I was impressed it could all be handled portably at the same time. My first impression of the latest Nintendo console was that it was a super niche hybrid, and I was psyched to get into its library of games. Sliding in those Joy-Con for the first time, however, I felt like a giant in comparison to the scale of them and the overall ergonomic placement of the face buttons. It was livable, but it was far from perfect. I remember contacting friends and asking how they felt about it. They had come from 3DS/2DS XL backgrounds and were used to the smallness expected of a portable console, but I had been a Wii U owner and largely skipped the 3DS phenomenon, so I wasn't used to these tiny buttons.

My first complaint came during Splatoon 2's various play modes. I just couldn't enjoy holding the Joy-Con. My fingertips ached and my thumbs were constantly in danger of cramping, so I took myself downtown and purchased a pro controller within the first few days of play. Since then it's been rare that I have used the Joy-Con, except for Super Mario Odyssey as a notable example of a game that enveloped me beyond the pain into a world of pure bliss. Beyond that, however, I could say that I really don't like the size and layout of the Joy-Con. 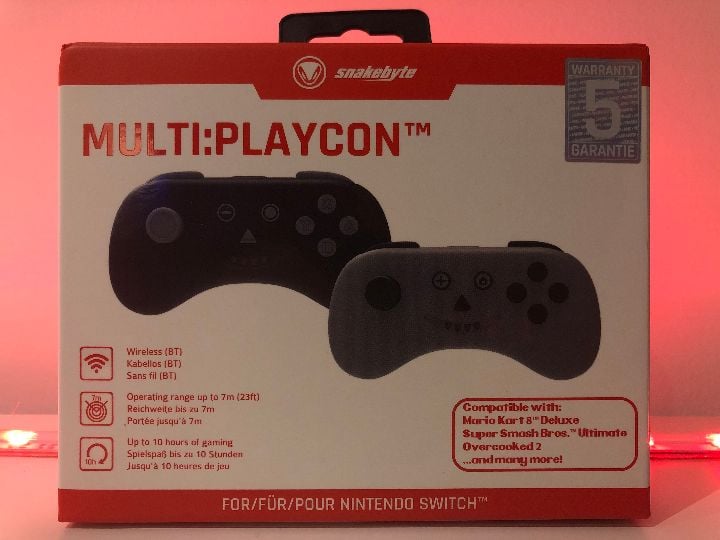 Unboxing the Multi:Playcons, I knew nothing about them, but I hoped for some third-party respite. Perhaps they would feel bigger, more substantial, more usable. The Playcons connected to the Switch relatively easily, just hold the central "mode" button (affectionately known as the nose-looking triangle one) for a few seconds until its flashes quickly, like Knight Rider's car K.I.T.T but on blue LED MDMA, and use the pairing options in the Switch's "Controller/Grip order" section to sync them up. Once paired you will find that it is impossible to pair the two Playcons as one controller, so it's one controller per person, which is ideal for local multiplayer titles like Mario Kart or Smash Bros.

Comparatively larger than the standard Joy-Con, but not by much, these are roughly 12cm at its longest point by around 6cm at the handles. The grip shaping of the rear is rounded, and your middle fingers sink perfectly into the back of it as if it's a piece of clay that has been moulded to your hand. The front display resembles that of a creepy, smiling, pumpkin-looking face, which was always going to be an odd aesthetic, but, who knows, perhaps it tested well with kids in R&D. The colours are nice too. The pair I was sent having black with grey buttons for the left one and grey with black buttons for effectively the right one. I say effectively as each controller has the same buttons as the left and right Joy-Con respectively, so the black one has the minus and the screenshot button, and the grey one has the plus button and the home button. As stated above though, it is not possible to use two in unison for one game, so you have to make do with using these on games that only require one Joy-Con to play. 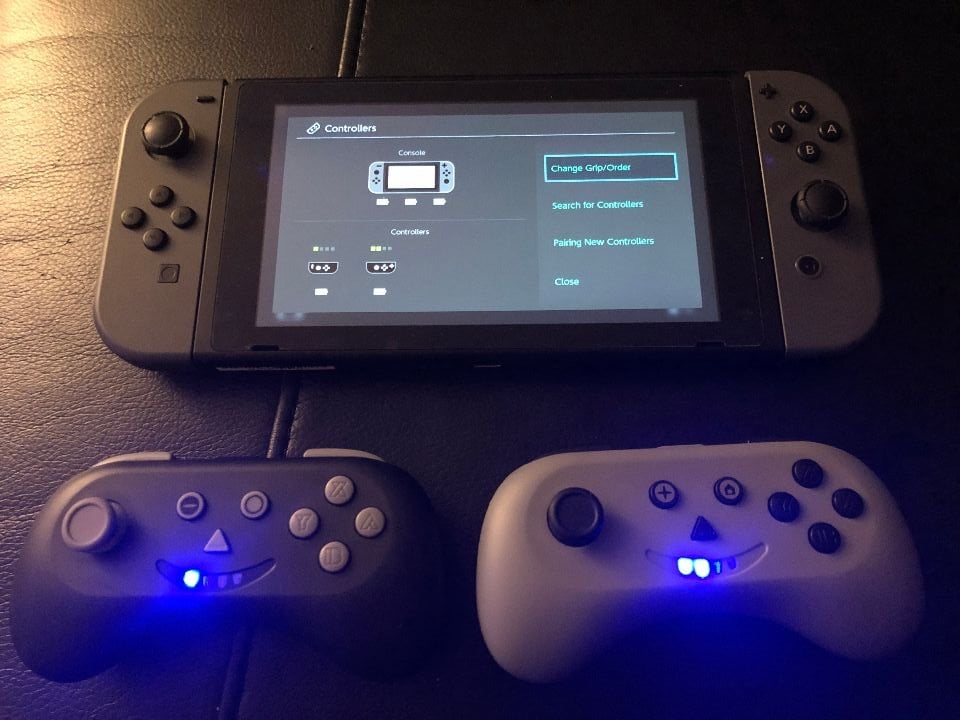 Holding the controller's overall form in your hands feels good, but the button placement is jarringly off. How can they get the back feeling so right, and the front feeling so wrong? First off, the joystick positioning is better than the official Joy-Con, spreading out the spacing between the stick and the buttons to give a more even grip. I always thought the official Joy-Con felt imbalanced for individual play, due to the stick being too close to the buttons in a horizontal layout and, particularly on the right Joy-Con, it was odd how far along from the left of the thing the stick was positioned. The sticks here fall under the ball of my thumb, not the tip, and you can't change your grip and try using the tip of your thumb due to the slippery indentation that guides your thumb back up and out of its concave hat. In one respect, they have played a blinder in guiding that fleshy part of your thumb consistently into that divot, but if you want to do anything else, it's absolutely pointless. In testing I found that the Playcons are lacking a multitude of features that make the originals so great. For example, there is no IR sensor, NFC scanner, motion controls, and sadly no HD rumble meaning that these are definitely a second rate controller and that games such as 1-2-Switch will never be playable with these. The battery life lasts roughly ten hours, which is around half the time of an official Joy-Con, which, though it isn't terrible, means you have to charge it more often. The fact that just one charge cable is provided also means you can only charge one at a time via USB, so you have to go buy another charger cable. Snakebyte should have been savvy and included a 2-in-1 charger cable to let you charge 2 pads in one USB port.

Though these aren't for me, and won't be everyone's cup of tea, I can see what Snakebyte has strived for with a value pack of two controllers for quickly adding multiplayer to your Switch in an affordable way. The aesthetic is questionable, the feel is plasticky and light but reasonable, and the battery life is decent, but nothing about these scream essential purchase. 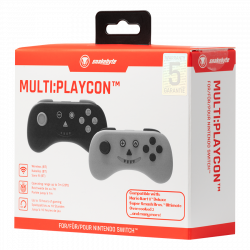