First controller review, can compare to legit DualShock 2/3/4's.
Third-party pads are great in theory but generally fall short against their first-party counterparts. Let's see how the wireless Snakebyte 4S stacks up during my PS4 playtests.

Snakebyte is a German third-party peripheral manufacturer who offer products for Android, PC, Playstation, Xbox and Nintendo. With items such as keyboards, mice and controllers a staple of their catalogue, and more specialised gadgets such as charging solutions for every console, face shields for Wii U, and jazzy camouflage and bubblegum pink accessory variants; Snakebyte really have a vast array of items to their name and I have no doubt that there is something for everyone on their site. 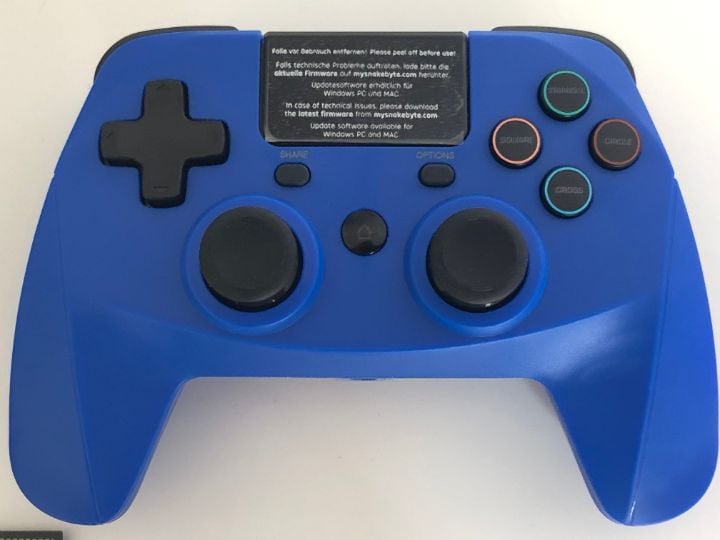 When this test sample landed at my doorstep I noticed 2 things, firstly how small the packaging was and secondly how lightweight it appeared to be. Retailing for £39.92 on Amazon I want this pad to perform almost as well as a £44.99 Dualshock, as it would be no point of difference, other than £5, than getting an official Dualshock 4. Sony also has a stunning range of styles going on right now with camo, black steel, and crystal variants available which are incredibly glossy and solidly built.

I wanted to make sure this device was as up to date as possible as in the documentation it recommends to update the firmware periodically to improve your experience. The update process was extremely simple on this device, simply obtain the updater app for your specific model, plug it in, and it was done within seconds. Having done this I paired it to my PS4 pro using the supplied play and charge cable and noticed that it identified exactly the same as a Dualshock 4 on my console, which I thought was strange as surely it should have a unique identifier or something to differentiate it in the device settings, from my other paired dual shock controllers. 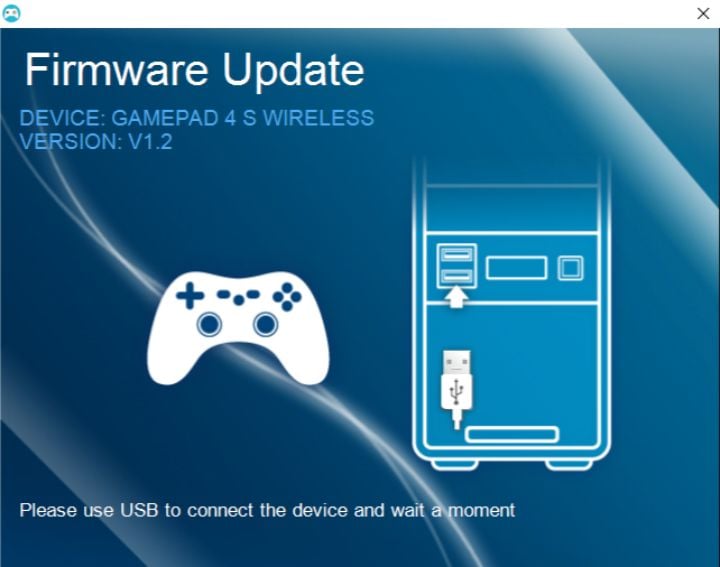 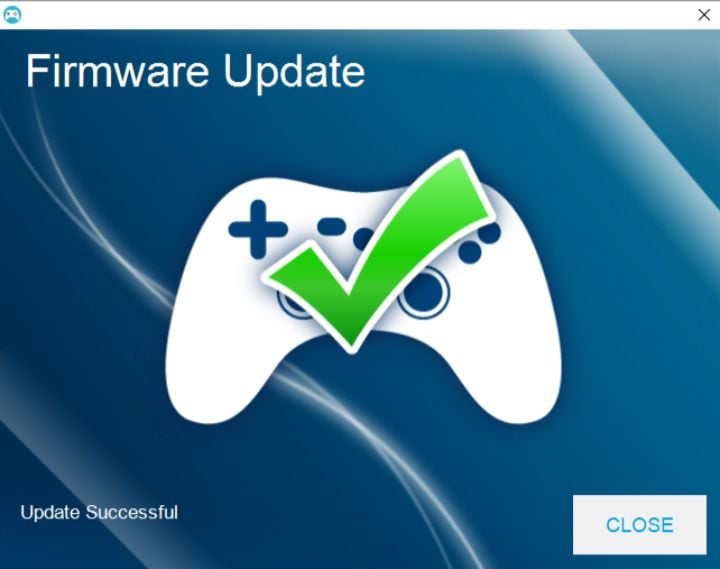 Statik is one of the best PSVR puzzlers I could think of to test the controller out with to test button functionality and dead zones, and to all intense purposes, it performed admirably and allowed me to play the game without any major missing features that would prevent me completing any missions. Similarly, the Moss and Astrobot demo's handled the controller fine, with no functionality lacking. Apart from those titles I have on my PS4 Pro, I playtested the new eFootball Pro Evolution Soccer demo for 2020 as I thought this would really stress test the buttons a bit more than most of the games I usually play, and I was right. Ergonomically the controller doesn't mould into your hand quite as well as a DS4 would, with the rake of the buttons at a slightly less sloped angle so the buttons feel just that fraction further away to the touch, but the overall comfort and grip you have on the pad is decent with the feel being that of a slightly plastic third-party peripheral, the build quality is nice though, the font and back casings edging and seams never dug into or cut into my hands along after extended periods of use. Everything was as responsive as you would need, but it just felt B-Grade to hold, and each part of the pad feels like it has been altered by just a fraction to not resemble Sony's own in any way, shape or form. It doesn't really bother me either that the button icons were absent, I mean muscle memory has told me exactly where Triangle, Circle, Cross and Square live on any first-party Playstation controller, it's been ingrained in me for over 20 years now, but to have each one written on the buttons is kind of bizarre. Maybe that is Snakebyte's unique life hack to get their controller to market quicker.

During play, a couple of small issues immediately reared their heads, with the L1 button making a satisfying click every single press, but the R1 button, which clicked initially, almost immediately becoming mushy and even feeling flexible as a put pressure on it to try hear a click for feedback that it had been pressed. While this doesn't render the controller inoperable in any way, it just feels wrong. Given that I had the controller less than a couple of hours I felt that within that time the feel of the controller has now changed and its as snappy or fresh as it felt the second I first picked it up, and this is a huge issue for me, and as a result I now probably will not use that controller again knowing it already has mushy buttons and a couple of the buttons have lost their click. 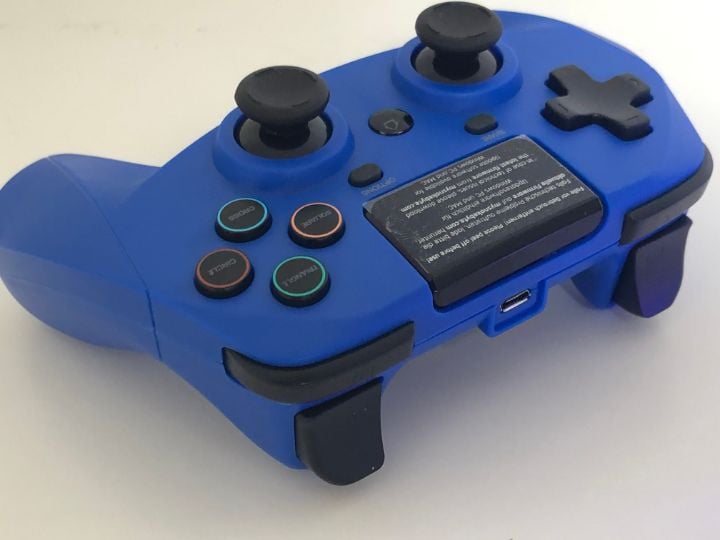 Overall I felt that while this pad did its job, it didn't feel incredibly well made, especially in direct comparison to the official Dualshock V2 controller I got with my PS4 Pro, so it felt like the sketchy non-descript second controller that I would give to my little sibling to play with against me, and they would probably complain that it wasn't a legit DualShock, and blame the pad in entirely if they came second in a game. I would actually agree with them though, as it doesn't have a quality feel that makes it a competitor to the trusty DS4. I also do not see any real value for money with this controller option, given that official Dualshock 4's will perform better, for longer, and cost only five pounds more (or less with deals like days of play etc). Thankfully the controller comes with a 5-year warranty, which in all honesty I would have had to call upon after just one day's use to try to get another with buttons that won't feel shoddy in next to no time. 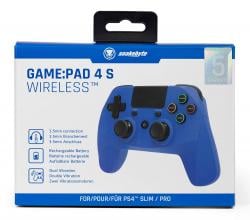