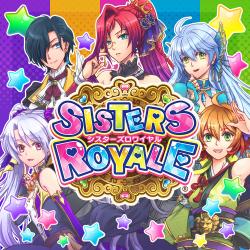 Love is a sweet thing, but what do you do when five sisters want the same man? Get ready for some intense shoot 'em up battles for the beautiful bachelor!

When it comes to your average shoot 'em up, it doesn’t take much to overwhelm me. There's always a lot happening, it's always flashy, and I always lose focus on my character in trying to take everything in. I'm not the kind of person you'll ever see on a high score board, but some part of this mad genre calls to me all the same. There's always fun in death, and there's more so in gradual progress. Slapping a cute aesthetic to this deceptively evil genre, Sisters Royale does well to lure in the unprepared, but will it keep you hooked?

When it comes to plot, the game doesn't have much to offer. You have five sisters that, as prophecy tells, will come together to defeat the great evil that is Seytan. The caveat here is that they hate each other, and completely refuse to get together. After going their separate ways, they meet for the first time, much to the peoples' despair, to fight over a man. And this is where the game begins. Deciding amongst themselves that only the strongest is suitable for Lord Yashin's hand, you pick your favourite sister and set out to defeat the rest in a short but sweet tale of sisterly conflict.

By in large, each sister follows the same path. You move through five chapters of vertical scrolling goodness, made up of an onslaught of enemies and projectiles, each featuring a mid-boss and a sister to battle at the end. With five stages total, you get the chance to fight every sister no matter the route you take, this including the one you're currently controlling, as they fight against their conscience for a variety of reasons. It's all quite silly, but it does a good job in tying together a relatively small amount of content and reusing it in a way that manages to feel fresh. 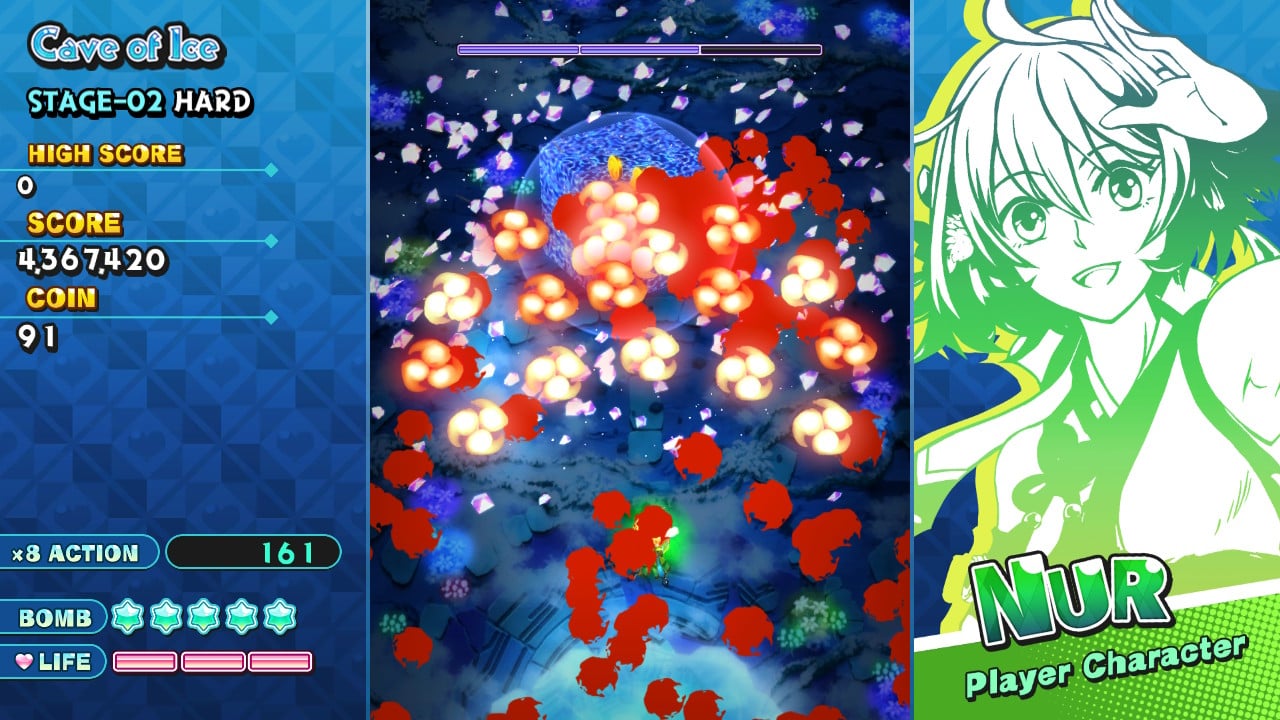 If you can play in portrait mode, I really recommend it!

Though with each path you'll be moving through the same stages, the experience varies greatly depending on which sister you chose to play as. You might pick your favourite on their looks, and that's fine, but where they stand out is in their attack diversity. Each girl has a standard shot, a power shot, a summon, and a bomb. Your standard and power shots vary from being straight-shot, to wide spread, piercing, and even homing projectiles. Where I found the most fun however was in the summons; these make each girl feel truly unique. Lale's absorbs bullets if she can get them to hit the relatively small orb in front of her, Selma's are three swords that swirl around her as you move the control stick, Ece has a really funky laser⁠—they're brilliantly strong attacks each with their own negative aspects to match the positive. You find the way you play differing significantly from character to character as you work with the good and bad of each moveset. Each path has a unique feel to it despite the reality of it being entirely recycled content. The game is wonderfully designed in this regard.

The boss fights these stages build up to are equally worthy of praise. Despite the chaos that comes with difficult bullet hell-esque fights, I never felt the game unfair. Attacks are clear and give you the time you need to react, if not slightly overwhelming from time to time. If you're a person that struggles to focus among visual noise, you'll find the game far more difficult, and this only amplifies when you get hit. After each hit, you get a moment of respite in the form of invincibility frames, but even with this, the sudden explosion of the coins you lost can be too much.

Pity for the Weak

For people like me where the difficulty is undoubtedly too much, you'll be happy to know the game is incredibly accessible. When you start a new session, you can pick from easy, normal, or hard difficulty, with various aspects adjusting accordingly. The most notable of these changes comes in boss health bars. Comparing the easy mode I frequented to hard, your mid-bosses jump from a single segment to three, with the end of stage bosses moving from two up to four. You'll also find revamped and more challenging movesets from these opponents as you take each segment from them, the stages themselves keeping up the pace with more enemies that feel more aggressive. It's brilliant chaotic fun regardless of the difficulty setting, but one aspect I'm particularly appreciative of is how the game simply lets you continue upon death.

Regardless of your character or difficulty choice, you get three bars of health. You lose one per hit, and recover slowly as you progress through each stage. With five stages full of enemies, as well as their respective bosses, it's menacingly difficult for a person like me to get through on a single life. The game is really quite lenient in letting people enjoy what's on offer. You'll lose all your coins and your score is reset to zero, but you can continue all the same. For those who improve and beat each stage without death, there's an online leaderboard to compete on. For those like me, the lies a challenge of beating a stage in as few lives as possible. There's fun to be had for anybody who enjoys a good bit of frantic shooting.

Is this a game I can recommend? It really depends on what you want from it. At the £11.69 ($13.99) price point, it sits in an interesting spot. There's some enjoyable gameplay to be found, but it's confined to five characters in five stages. No matter how well these are reused, the fact remains there's only so much to do. The people who will really get the most out of it will be those like myself who bought a Flip Grip and want more games to play on a rotated console, or those hungering for some fun if not fleeting bullet flinging action.