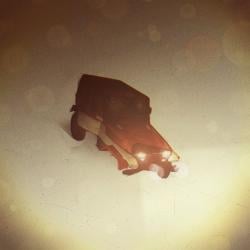 Mondo brings the original Silent Hill's iconic soundtrack for the first time in vinyl format. Is it as fear-inducing as it was in the game released last century?

Harry Mason and his daughter Cheryl are driving to their favorite vacation spot.Late that night a figure suddenly appears from out of the darkness. Harry turns the wheel in panic, and the car careens off the road, knocking Harry unconcious. Awakening sometime later, he realizes that Cheryl is missing. Stumbling out of the wreckage, he heads towards the small town of Silent Hill...

Can you hear it yet? Can you see it? Did this start rolling in your mind:

Well that is what I visualized when I opened Mondo's latest video game soundtrack vinyl and read the quote from above that came in the attached flyer. 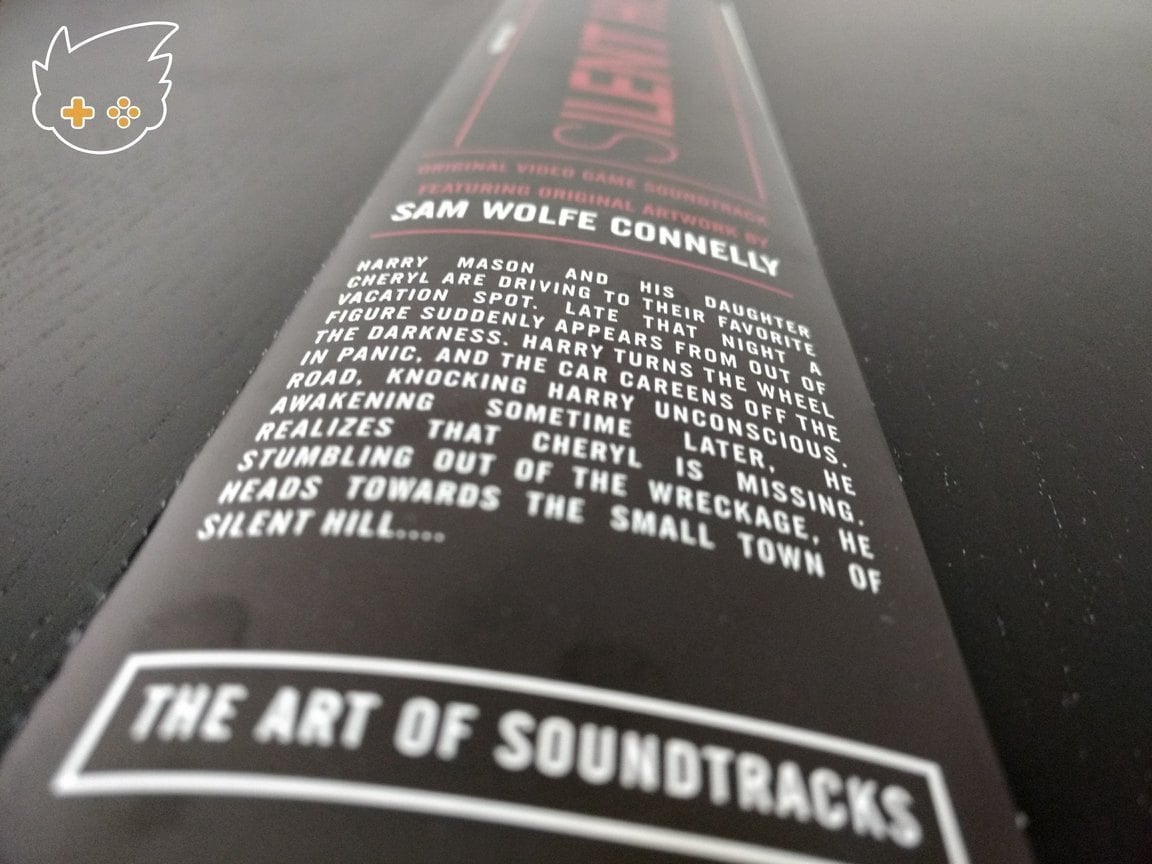 The original 1999 Silent Hill holds a special place in many gamers' hearts. I still have nightmares fond memories of my time spent watching my brother play through the game when he first got it before I could muster the courage to pick it up and play it for myself. It is for many the game that defined the psychological horror genre; instilling fear right from the game's beginning with its plot, claustrophobic environmental design and the haunting soundtrack.

Teaming up with Konami, Mondo is bringing back the experience in audio format with its latest vinyl.

As is the case with each of their vinyls, Mondo brings an artsy audiovisual experience with this Silent Hill record.

The artwork is done by Sam Wolfe Connelly with the front image depicting Harry's wrecked vehicle and some footprints in the snow for the art at the back: 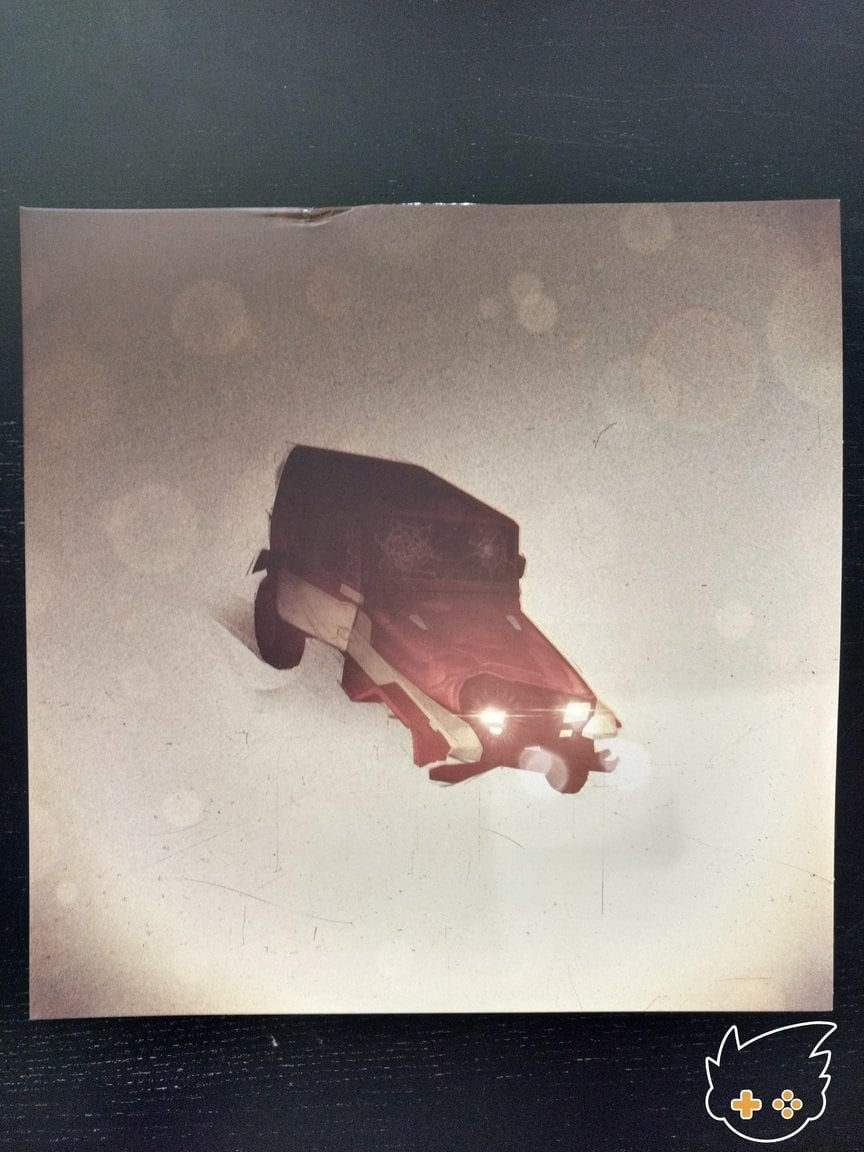 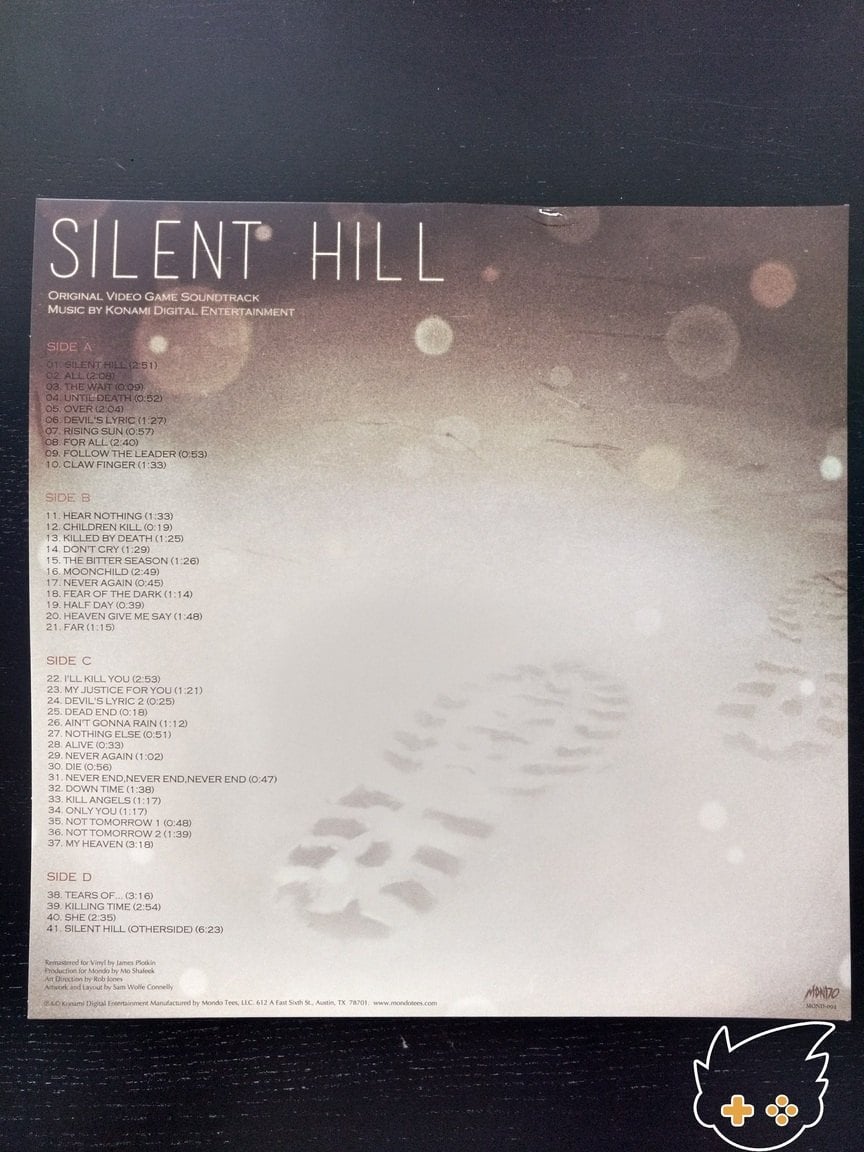 But the inside art is the most compelling one for me: 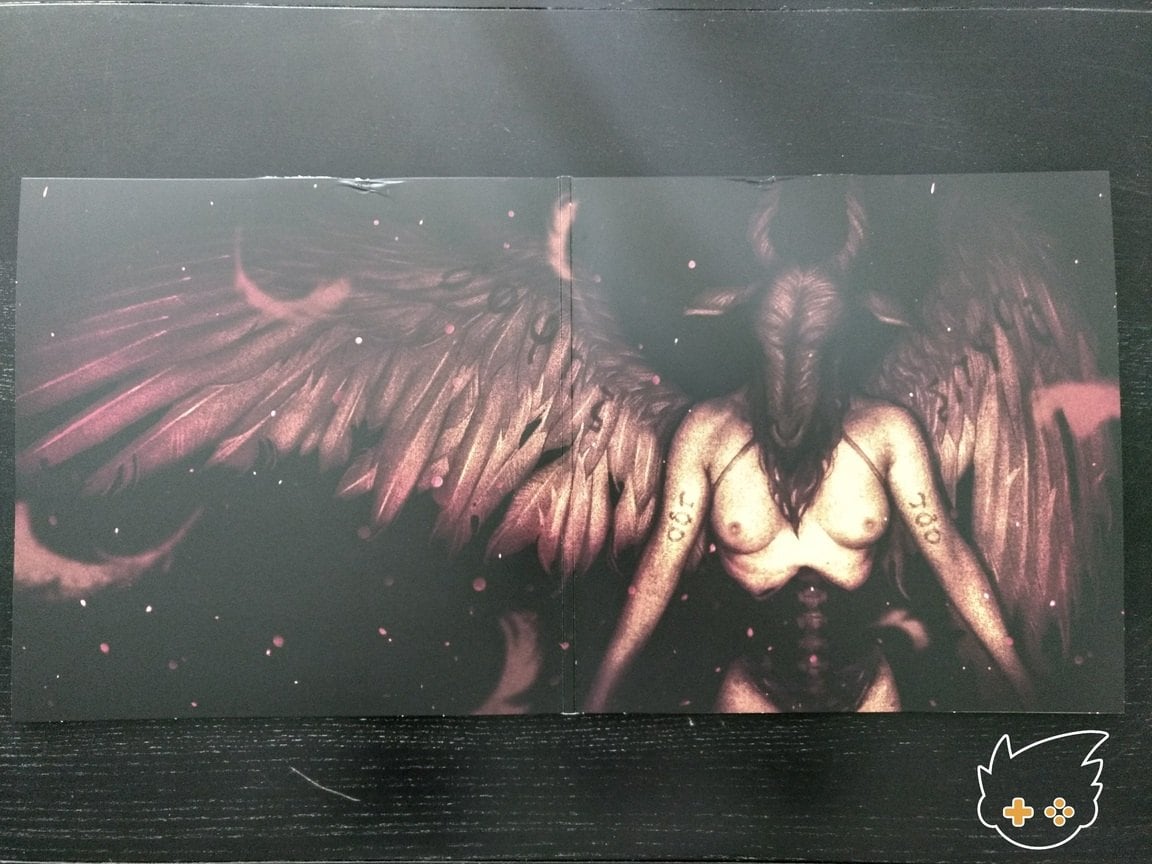 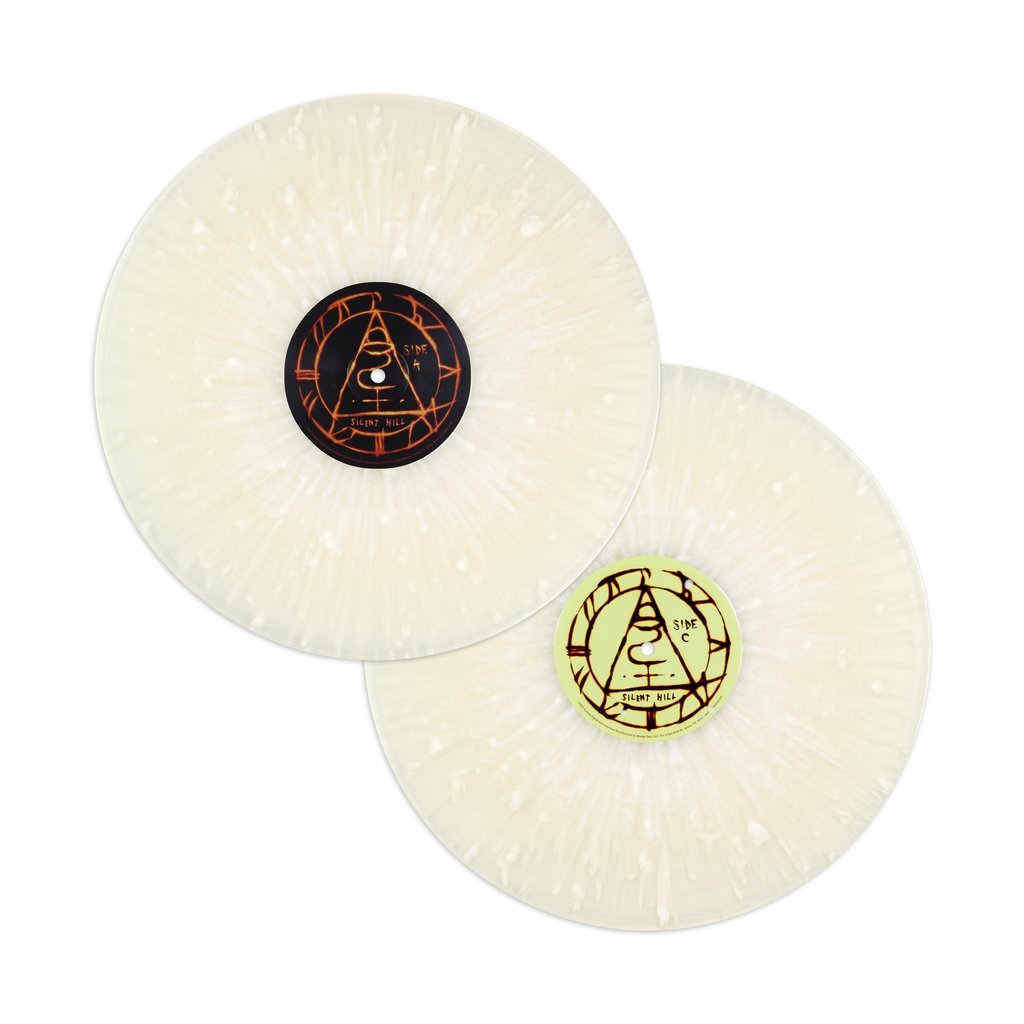 This soundtrack is the stuff of nightmares

On its webpage, Mondo advertises this product in the following way:

Don't let the tone of the plucky mandolin driven opening track fool you, this is one of the most haunting soundtracks we've ever released. Full of hair-raising, pulse-pounding, industrial cues - this soundtrack is the stuff of nightmares - which is important, since Silent Hill (and its subsequent sequels) has it's feet planted firmly in the legacy of survival horror gaming.

Indeed, once again, Mondo did a great job at faithfully replicating a video game's soundtrack, perfectly reproducing the haunting atmosphere that the Silent Hill OST is meant to induce. When I first gave my copy a spin on my record player, it was a bright sunny day in May but even then I could reminisce about the game, half-expecting an Air Screamer to strike out of nowhere.

If you want an idea about what tracks this record packs, check out the tracks from the YouTube album below:

Incidentally, while this vinyl record is a fitting homage to Akira Yamaoka's masterful work as the video game's composer, the latter is not credited anywhere in the product. But hey, it's Konami that we are dealing with, so it's not really surprising...

At $30, this collectible is a great addition to the growing collection of video game soundtracks on vinyl format. Doubling as both an affordable and a quality product, it's definitely a buying recommendation from me to collectors of such pieces or if you want to get started, this item is a pretty good way to do so. 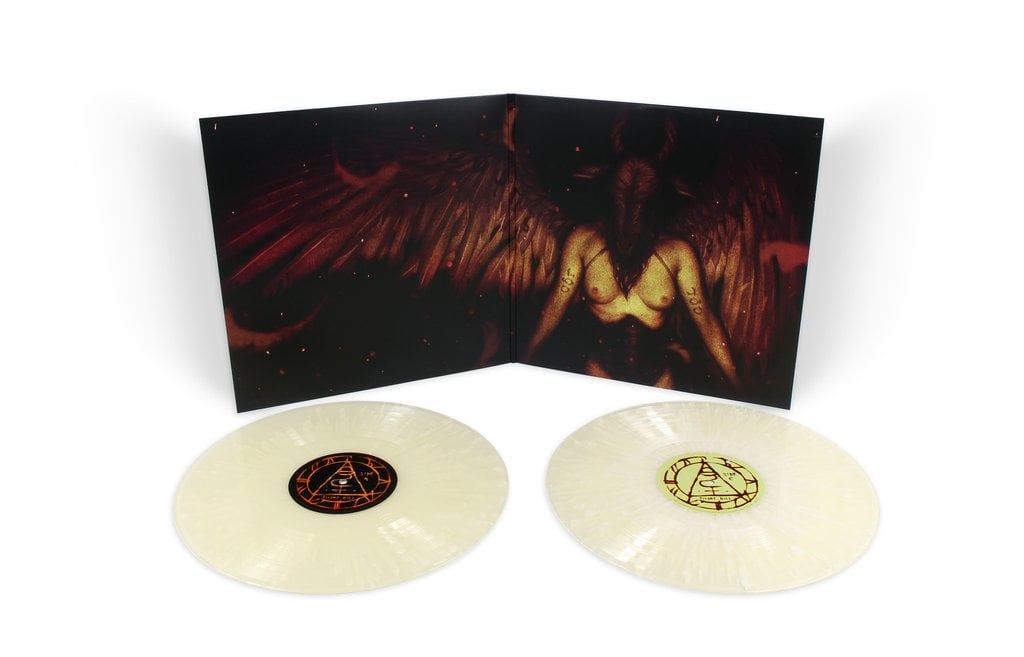