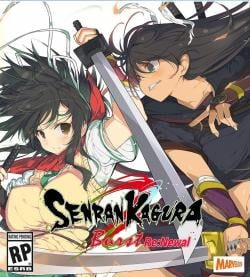 Prepare yourself for some frantic anime brawling, and some morally questionable decisions involving two hands and a squeeze button.

Senran Kagura: Burst Re:Newal is the latest game in the series, and is a remake (or Re: Newal, I suppose) of the game originally released on the 3DS. Developed by HONEY∞PARADE GAMES, and localized by the wonderful XSEED, Burst Re:Newal is a beat-em-up with some visual novel-esque storytelling, and quite a bit of, uh, plot.

Senran Kagura games don’t tend to be shy about what they’re here to do, and Burst Re:Newal certainly is no exception. This is definitely one game you do not want to be playing in the living room with your family present, as my screenshots may or may not illustrate.

Despite that, Burst Re:Newal actually starts off pretty strong. The combat feels solid, the music is fantastic, and visuals are...stunning? bouncy? I’m not-- I’m not really sure how to put it. The animations are crisp and fluid. At times the environments can look a tad dull, but overall do look nice as well. Of everything though, I have to say the most surprising fact is how interested in the story I became. 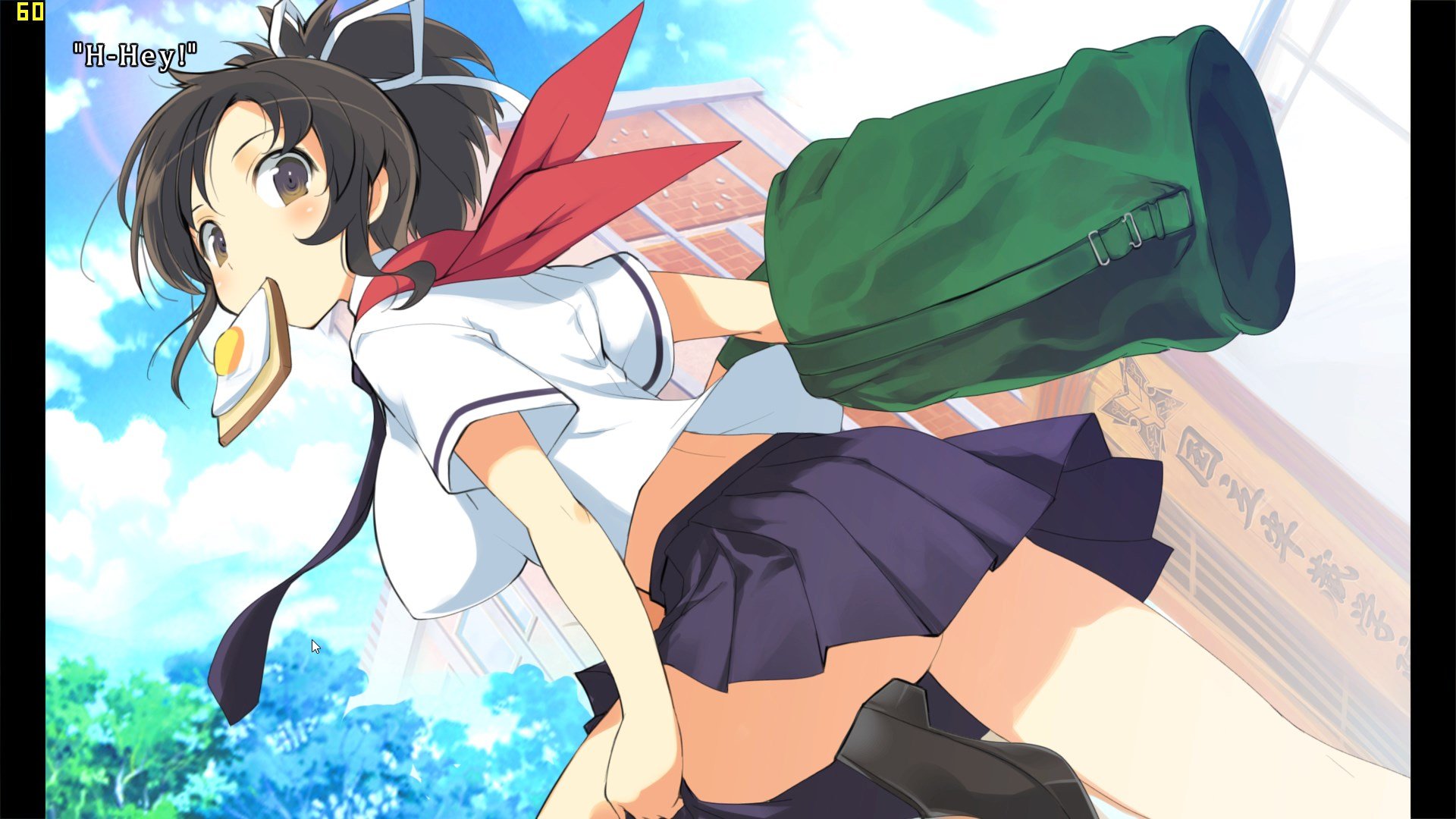 The story is often presented in visual-novel style scenes where you follow one of the girls thoughts and actions, and it switches to animated scenes when necessary. It’s done nicely but is also entirely optional if it’s not your thing. There’s actually a setting in the options to turn off story elements, although I certainly don’t recommend skipping out on it. The narrative actually dips into some pretty dark stuff at times, and a lot of the characters are interesting. Some of the overarching plot points are a bit whimsical or silly but overall I think the storytelling is one of Senran Kagura: Burst Re:Newals stronger points. After bounce physics of course.

Gameplay, unfortunately, didn’t hold up quite as well as the story did over time. I’ve never played the original on 3DS but i’m going to assume that may be the reason there’s a definite lack of depth. While Burst Re:Newal has a solid foundation, character growth is fairly minimal, and move pools tend to be limited. Despite that, there are a good variety of characters to choose from and the missions frequently have you utilizing different girls. So that does keep the variety up somewhat. Enemy variety is pretty decent for keeping you on your toes, but bosses tend to resort to the same few moves repeatedly. One way of spicing up combat is the “Frantic” function, which strips a character to their underwear, massively lowering their defense, but greatly increasing their offense (and also greatly increasing the workload of poor reviewers trying to take screenshots). While it tends to make general gameplay more fun, it can also be easily exploited thanks to Frantic giving you an infinite basic attack combo. As a result, it allows you to fairly easily stunlock most bosses. Whoops. Still, missions can, and do, pose a threat in this mode on higher difficulties. Infinite attacks aren’t really as formidable against waves of minions that can easily dispatch you in a few hits. 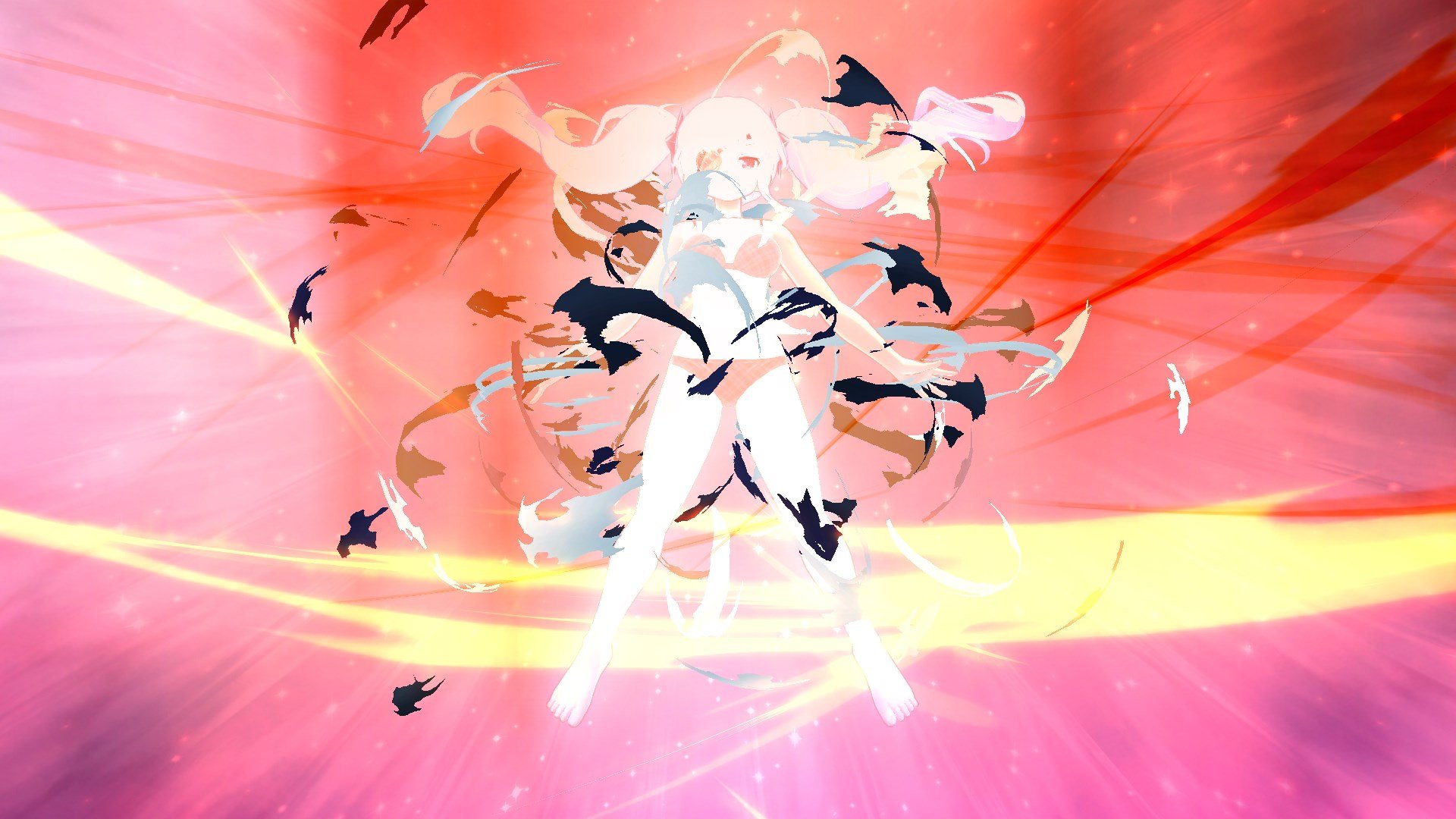 It feels weird saying this, but I’d dare say a lot of the meat this game has actually lies in the character customization. Each girl in the story can be completely customized with different hair styles, colours, outfits, and accessories. I’ve learned more about women’s underwear in this game than I have in 27 years of living. You can also, amusingly, make every girl look identical. This does show up during cutscenes and such, so you can create some very bizarre looking moments. There’s a pretty significant selection available by default, with outfits and accessories in a progressively stocked shop. Additionally, the PC version of the game retains the wonderful ‘petting’ mode where you can do extremely morally questionable things to anime highschool girls. I dare say I didn’t explore that too much so I’m afraid I don’t know if there’s any real benefit to it other than the, uh, extra “plot”.

Senran Kagura: Burst Re:Newal is certainly a mixed bag. Although the combat is a bit limited, there’s a lot of other appealing parts of the game. It also DOES provide a challenge even if bosses can be easily exploited. With its attractive anime-inspired visuals, a very well done soundtrack, a surprisingly interesting story/characters, and plenty of visual character customization, I absolutely would say this is a decent game overall. It won’t blow your mind (well...not in a traditional sense), but there’s definitely fun to be had with this game.

Also you can pet your waifu. 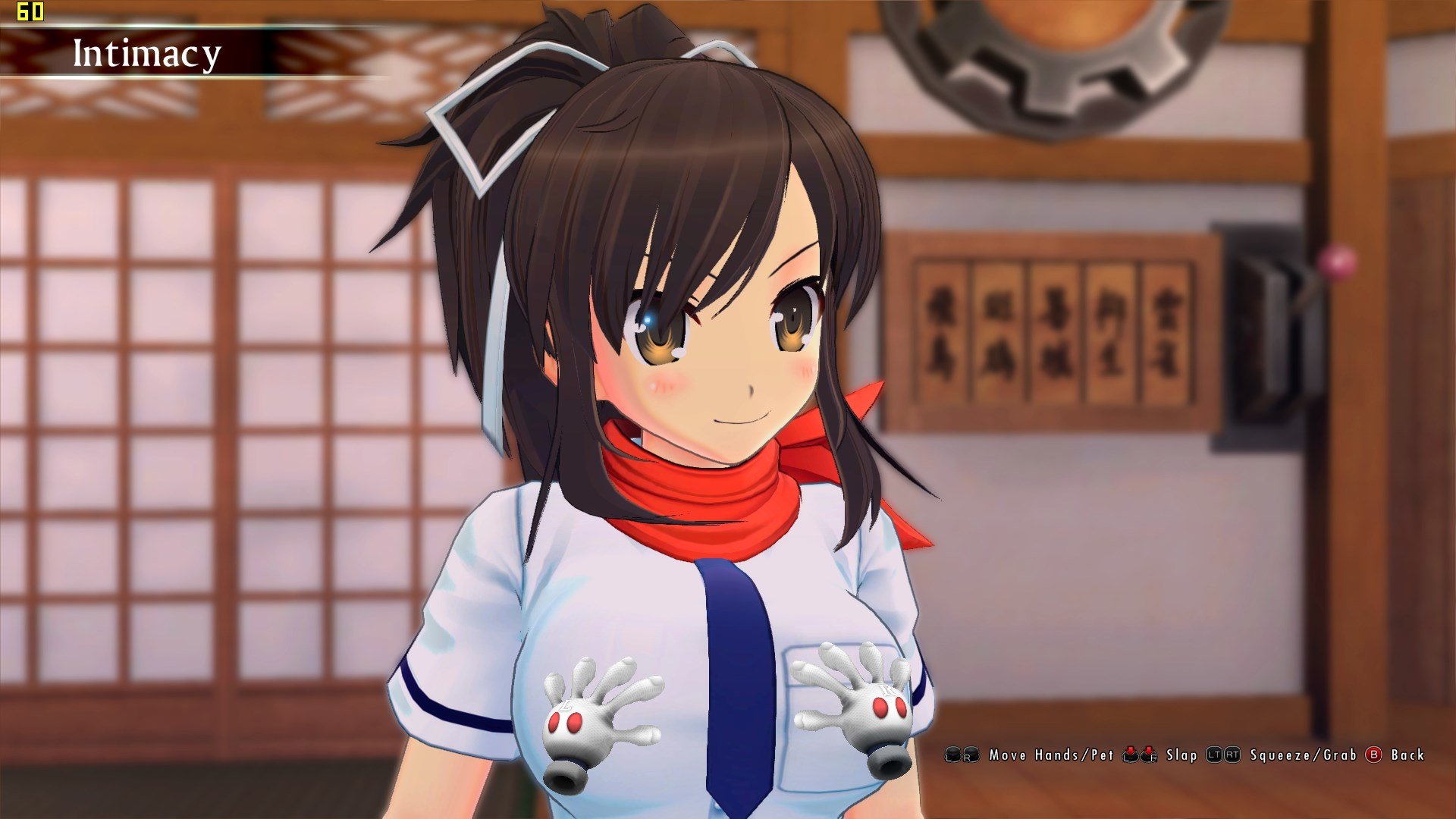