Sennheiser re-aims their sights on the ANC headphone market with a revision to their PXC lineup. Second time's the charm?

The noise-canceling headphone market is dominated by a small few titans. You’ve got Sony and their 1000X line, and Bose’s handful of different headphones, most notable of which is the Quietcomfort II 35s. Of course, one of the other major players is Sennheiser, riding in with their successor to the PXC 550: the aptly named 550-II. Compared to their predecessor, this revision brings Bluetooth 5.0 support, among other small refreshes and improvements. So, are these enough to sway you from the standard ANC headphone mainstays? We'll find out.

The PXC 550-II, right out of the gate, are $100 cheaper than the usual go-to for ANC headphones, the Bose QC 35 II. Without the price tags in front of you, though, I'd say you'd be hard-pressed to guess that if you tried out both headphones back to back. They offer the same amount of noise-cancellation, and many other similarities, with the only majorly noticeable detail in favor of the Bose being the comfort. The 550-IIs clamp much more tightly, which will help the noise-cancellation and keep them on your head, while the Bose are far lighter, and wearable for longer periods of time, in exchange for not being as tightly secured.

In order to keep the headphones as light as possible (227g), they feel quite thin, almost to a worrying degree. However, the headband can take some good twists and flexes without any creaking or sign that they'd be damaged by it, and while the earcups' matte material might scratch easily, the 550-IIs were able to handle days of being rattled about in a backpack without being harmed. That being said, they also come in a nice carrying case, so that you can neatly fold them up and keep them secured during travel.

Instead of lining the edge of the earcup with numerous control buttons, Sennheiser opted for controls that consist of various swipes on the right earcup. Folding and unfolding the headphones is how you turn them on or off, swiping left and right will skip songs, and tapping the outside will pause or unpause. They're useful controls for sure, but I found myself accidentally activating them on more than one occasion, either when I was adjusting my hair or leaning against something, leading to the headphones registering that and pausing my music. At the very least, it was easy to just tap them again to resume playback. 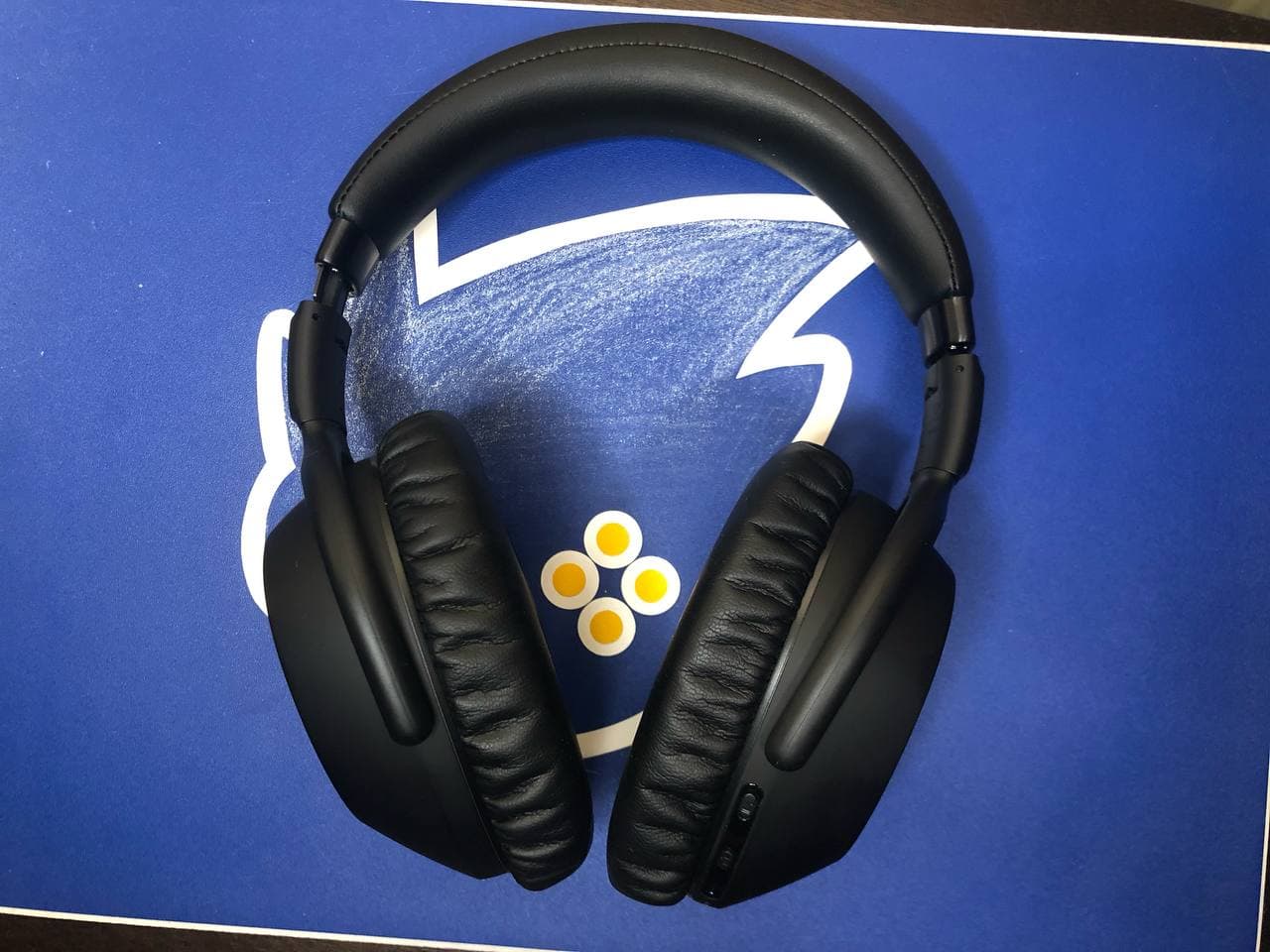 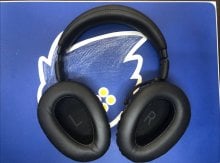 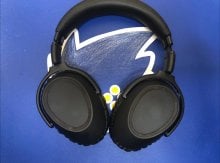 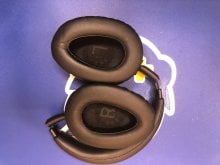 According to Sennheiser, you’ll be able to get a solid 20 hours of noise-cancelling with each charge, which was on point in testing, give or take a few extra hours. You can net an extra 10 hours out of the 550-II’s battery if you roll with them as normal Bluetooth headphones with ANC turned off. They'll last you a good while between charges, but when the time does come to charge them, you'll need to deal with Micro-USB.

By downloading the app for your phone, you can access an equalizer, and personalize your sound profiles. I honestly wouldn't recommend it though, and would prefer to just use the default out-of-the-box settings the 550-II comes with, as, for whatever reason, the app refuses to work unless you specifically give it location access. Some may find this fine, but I didn't find it worth giving that data up to a headphone app for no well-explained reason. You don't really need it anyway, but it feels bizarre to lock those features, as few as they are, behind app usage.

Since the headphones have some serious clamping power, one would hope that they'd manage to seal errant noise out, and, fortunately, they do. Street noise and background chatter are impressively reduced by setting the noise-cancellation to high, tuning out any annoyances or distractions. A lot of headphones tend to have a bit of a hiss when you crank up their ANC setting to max, but the Sennheiser luckily don't, at least not to a noticeable degree. Even if you're not playing any audio, they still tune things out without crackling or any weird feedback that other Bluetooth headsets are known for. You can toggle between low, adaptive, or high, with the second option allowing the headphones to automatically switch between settings depending on how loud the noise is where you currently are. It's nice to have as an option, but I preferred just keeping them on high at all times. 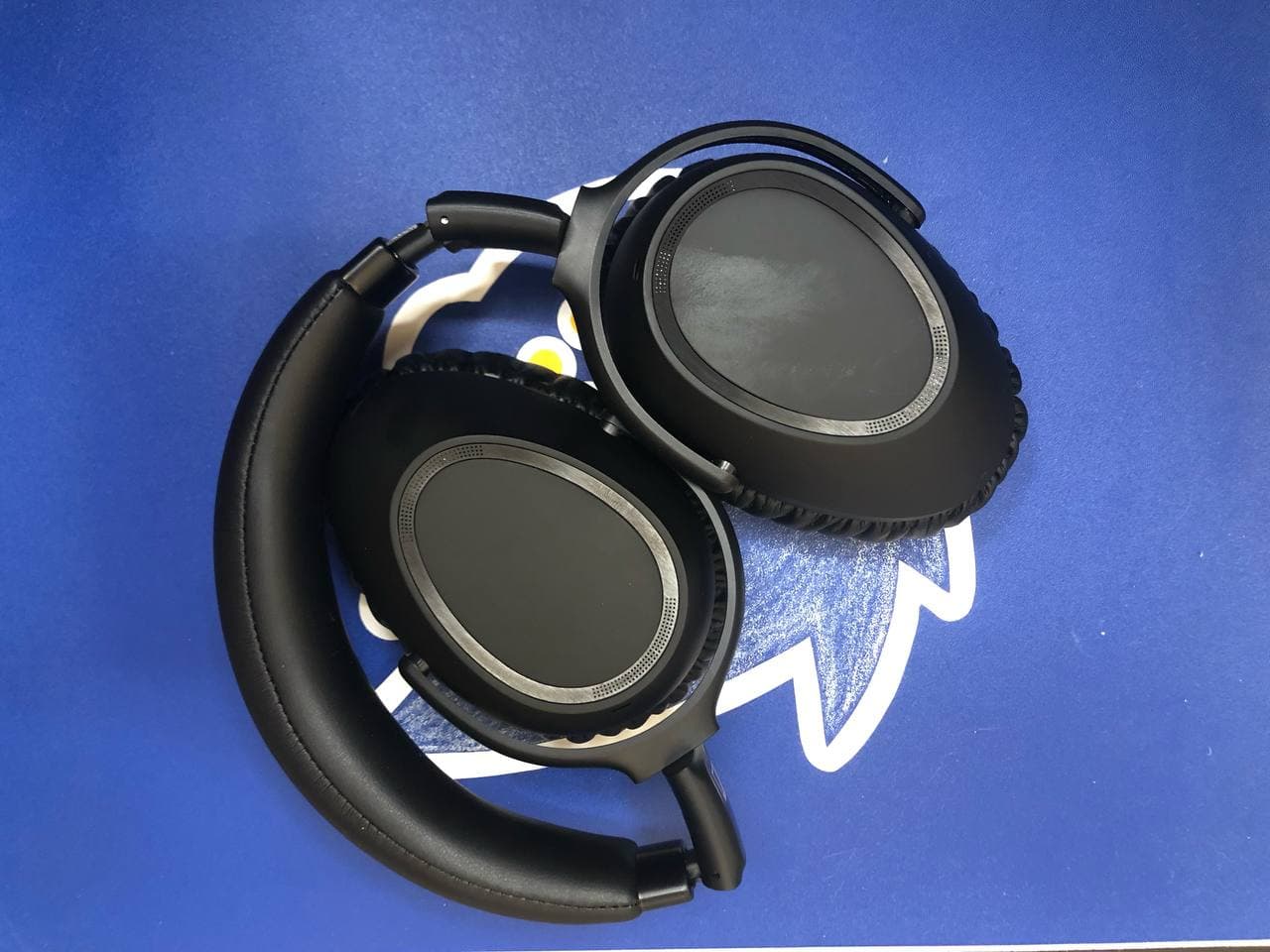 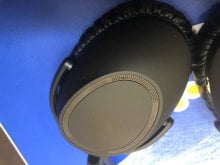 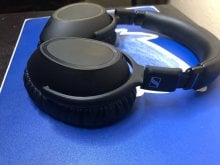 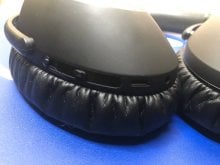 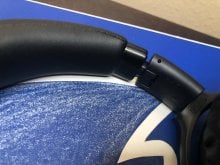 Rather than go too bass-y like the Bose, Sennheiser's take is much more balanced. It handles mid-range frequencies so well, giving you a lot of detail in the audio, even when you're using it alongside the active noise-cancellation. Vocals don't get muffled nearly as badly as they do on other ANC headphones, and songs sound clearer and more crisp, overall. It also handles low-pitched songs nicely--it sounds more natural than the over the top artificial bass-pumping that other brands like to advertise--but higher-ranged stuff is where you start to notice the weaknesses. For example, acoustic music sounds spectacular on the 550-IIs, while some chiptune music might get a little grating at times, with how the headphones handle those highs. Honestly, though, the sound quality is fantastic in general.

For their price, the Sennheiser PXC 550-II headphones boast great value and clear sound quality over the competition, in exchange for a little bit of comfort. These are an easy recommend for anyone that needs over-ear ANC headphones that output good audio and can mute out annoying background noise.