Luxury in both style and sound, Sennheiser's HD 599 headphones are something you'll wanna hear about.

While some may prefer headsets for their communication capabilities, the best method of getting audiophile-tier sound will always lie with dedicated headphones. Sometimes, you just want to listen to your favorite gaming soundtracks--all in FLAC format, of course--using headphones that make the most of all your hoarded terabytes worth of music. And when it comes to audio companies, Sennheiser is right up there with all the names that peoples' minds instantly go to when they think of the word "audiophile hardware", so listen up, because we're going to check out one their flagship sets of headphones: the HD 599.

Sennheiser's HD 599s look entirely different from the rest of their sleek lineup; instead of coming in various shades of black, these headphones are two-toned, with a cream-colored off-white body and dark brown padding. You might almost mistake them for something right out of the 1970s, with the sort of retro vibe they exude. There's something to be said for the simplicity of subtle black-and-silver pattern that Sennheiser usually goes with, but the HD 599s have such a distinctive appearance, and the color scheme gives them a cool, if slightly hipster, high-end look. It's both nostalgic and a breath of fresh air at the same time.

These days, headphone makers seem to understand the importance of making their cables removable, and fortunately, Sennheiser does too, as the 599s sport a 3.5mm female port, meaning if something ever happens to the original supplied audio cable, you can simply replace it without rendering the headphones useless. Not every 3.5mm cable will fit, as the casing does need to be fairly thin to actually fit into the port, which can be annoying, but they're generous to include a second, shorter cable in the box, too. The longer cable also has a larger 6.35mm connector, for use with audio systems, but it does come with an adapter if you wish to use it with hardware that only has a 3.5mm input. 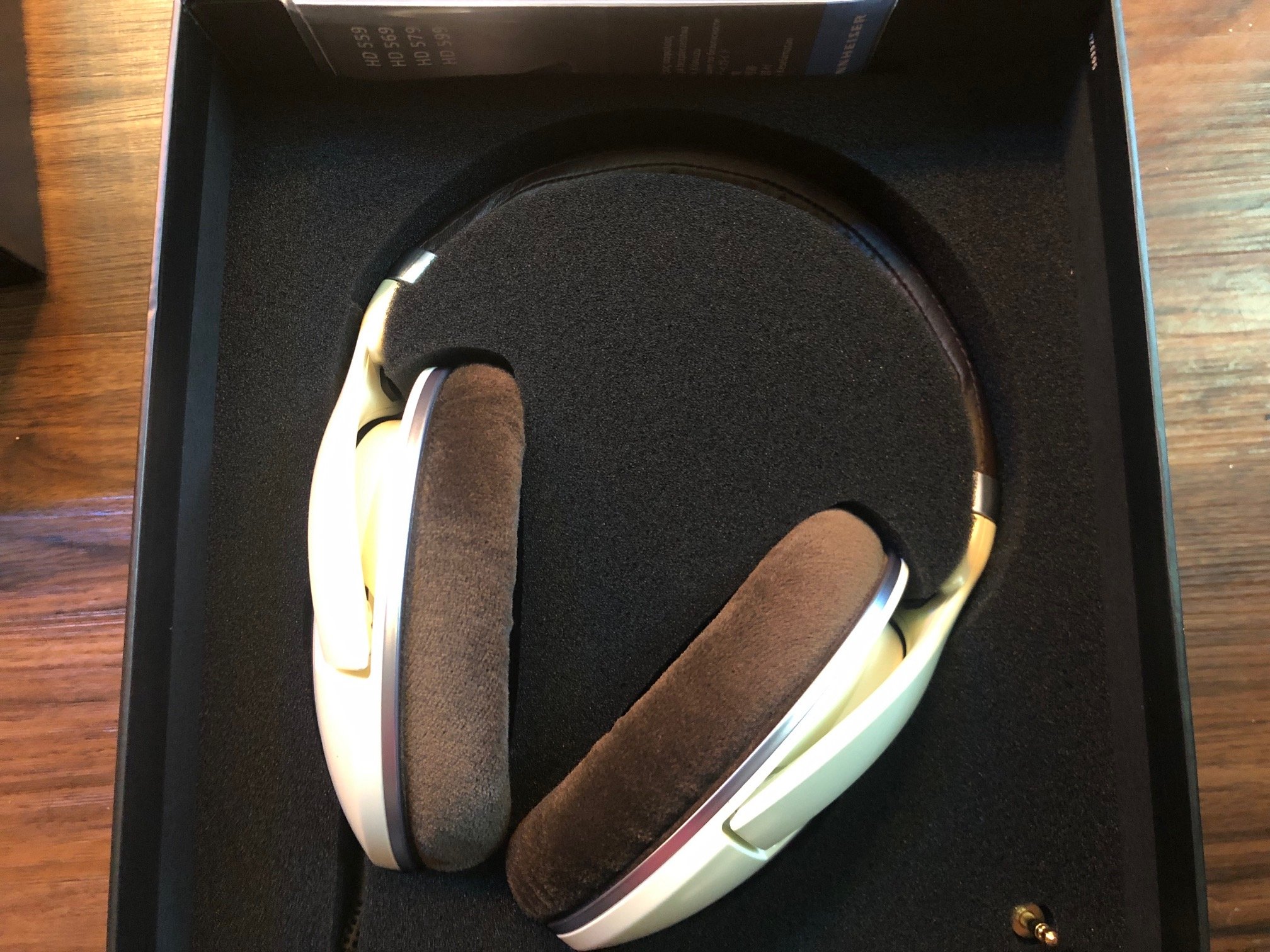 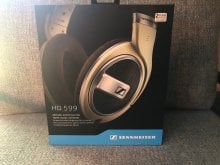 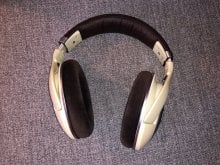 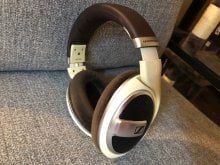 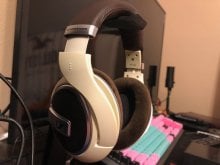 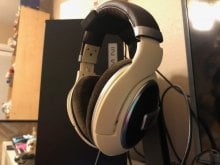 At 250g, these headphones are super light, feeling even lighter than their actual stated weight. They're incredibly comfortable, with just the right amount of padding in the earcups and headband, making them a delight to wear for extended periods of time, almost to the point of forgetting they were being worn in the first place. These are just slightly less padded than say, the HD 558s, but the velour earcups are still plushy and sit nicely on my head. Given that they're so feather-light, they'll move about a little if you're shaking your head around wildly, or say, you sneeze rather harshly, but it's a minor inconvenience to have to readjust them slightly in exchange for the comfort they provide.

As for the build quality of the headphones, they do feel somewhat fragile; the body is made from plastic, though the HD 599s got through an entire month of testing without any issues relating to their frame. Presumably, using heavier, stronger materials would go against the lightweight nature of the headphones, which is why they can feel a little frail at times, but even so, these aren't the kind of headphones you'll be taking with you in your backpack--they're meant for home-use, where you're listening to your media at a dedicated setup, and they hold up flawlessly in that case. It's also likely why they don't have any capability to fold up, with the earcups merely letting you slightly move them a fraction of an inch inwards or outwards purely for the purpose of adjusting them on your head. Allowing them to fold up would have been appreciated, but the absence of such a feature is understandable. 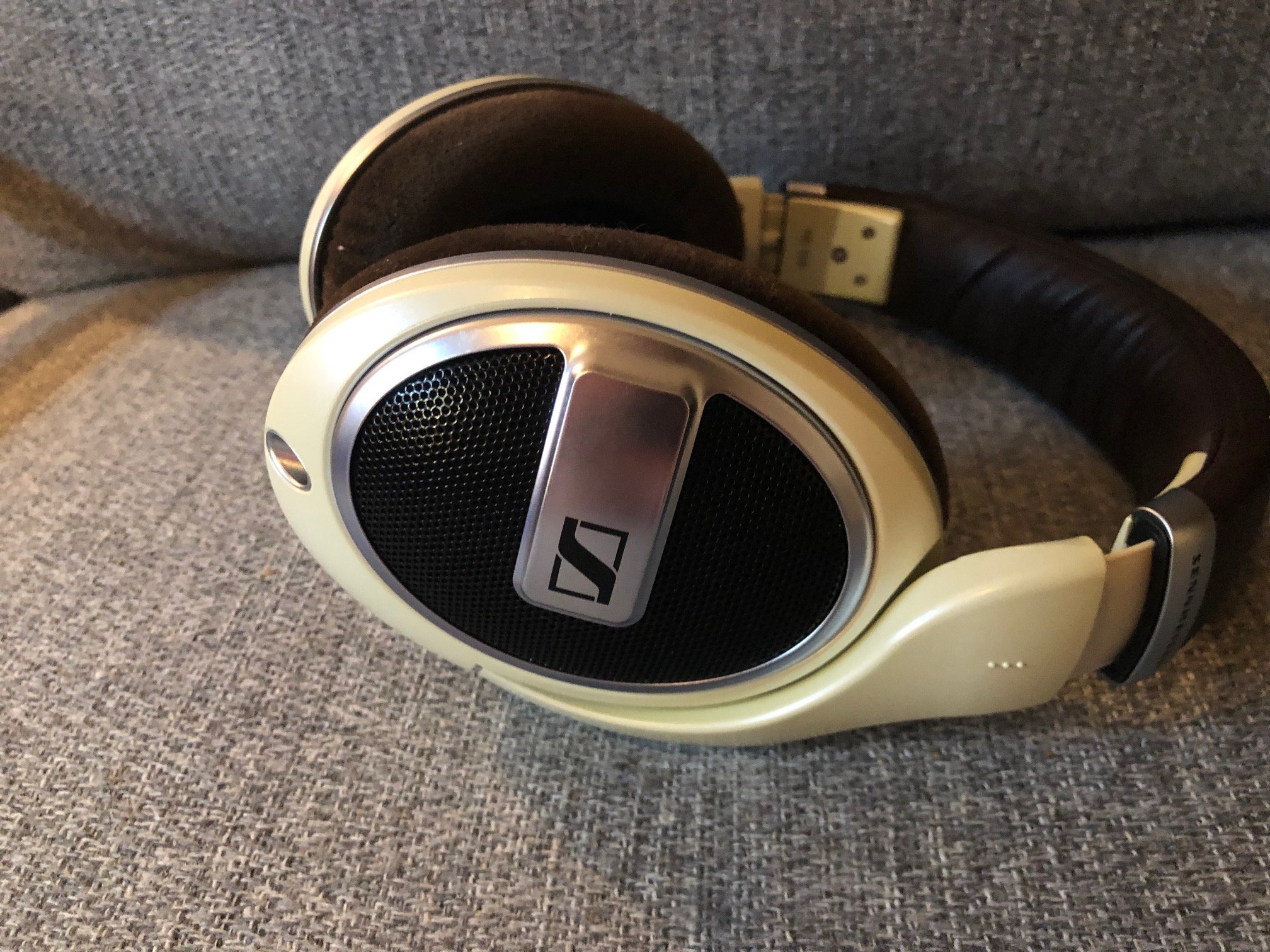 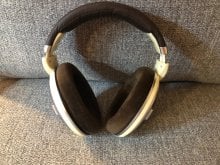 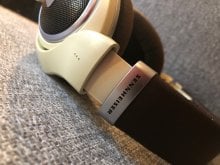 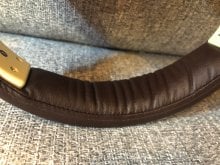 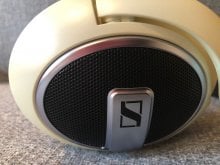 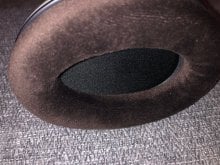 Another important detail is that the Sennheiser HD 599 headphones are open-back, meaning sound will intentionally leak out through the backs of the earcups, lending to a more "natural" sound, as many describe it. Gaming headsets that tend to use artificial surround sound are certainly interesting, but open-back headphones, especially these, have an edge when it comes to spatial audio. Horror games offer something extra when those eerie noises sound like they're coming from right behind you in your own room, and not just audio files being heard. The bouncy musical battle themes of various JRPGs sound crisp and punchy, while bass-y gunshots ring out and echo around your ears. Though they don't have any headset chatting capabilities, the HD 599s pair wonderfully with a dedicated microphone setup.

The frequency range of these headphones goes from 12 all the way up to 38,500Hz, meaning the HD599s can pretty much handle whatever kind of music you throw at it, whether it has heavy bass, crazy-high pitches, or simple mids. Nothing ever sounds too sharp, and the heavier lows never managed to get muddy or come off as too bass-y like many other headphones tend to. They're wonderfully balanced in terms of audio, giving you a clean, detailed listening experience.

For those looking to step up their audio game, these are a wonderful pair of headphones to check out. They're not prohibitively expensive like the HD 600s, nor do they struggle with certain ranges like the cheaper, entry-level HD 559s do. Sennheiser's HD 599s are the ideal standard, checking every box that you could want out of a pair of nice headphones. Not only are they great for listening to music or watching movies, but they're also fantastic for gaming, given that you've got your own listening area to make the most of their open-back potential. 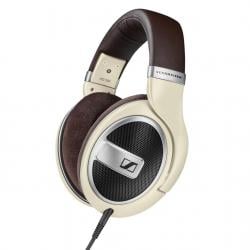