Presenting the Sennheiser GSP 370 Wireless Gaming Headset--a hard lesson in the pitfalls of licensing out your brand name. 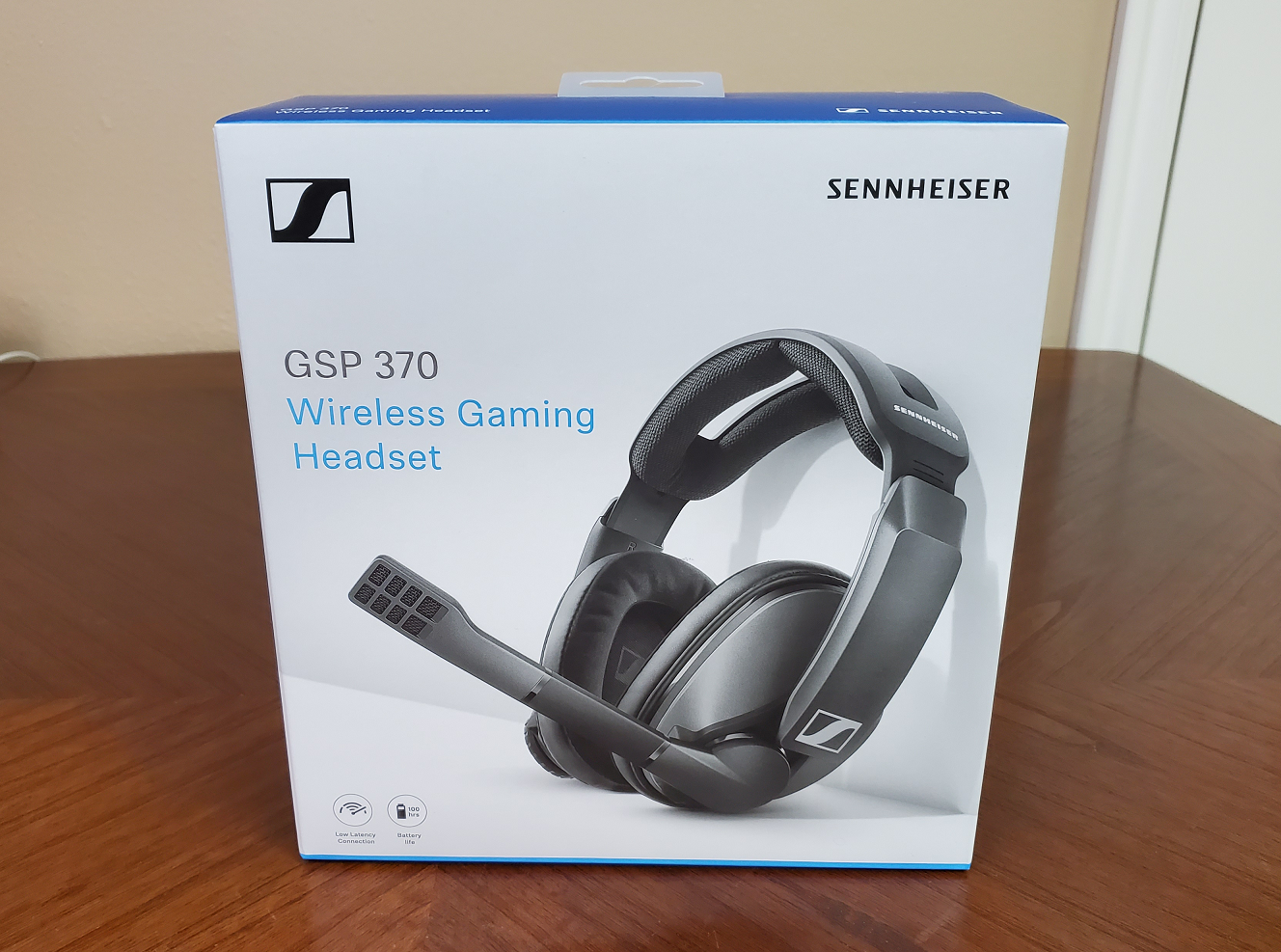 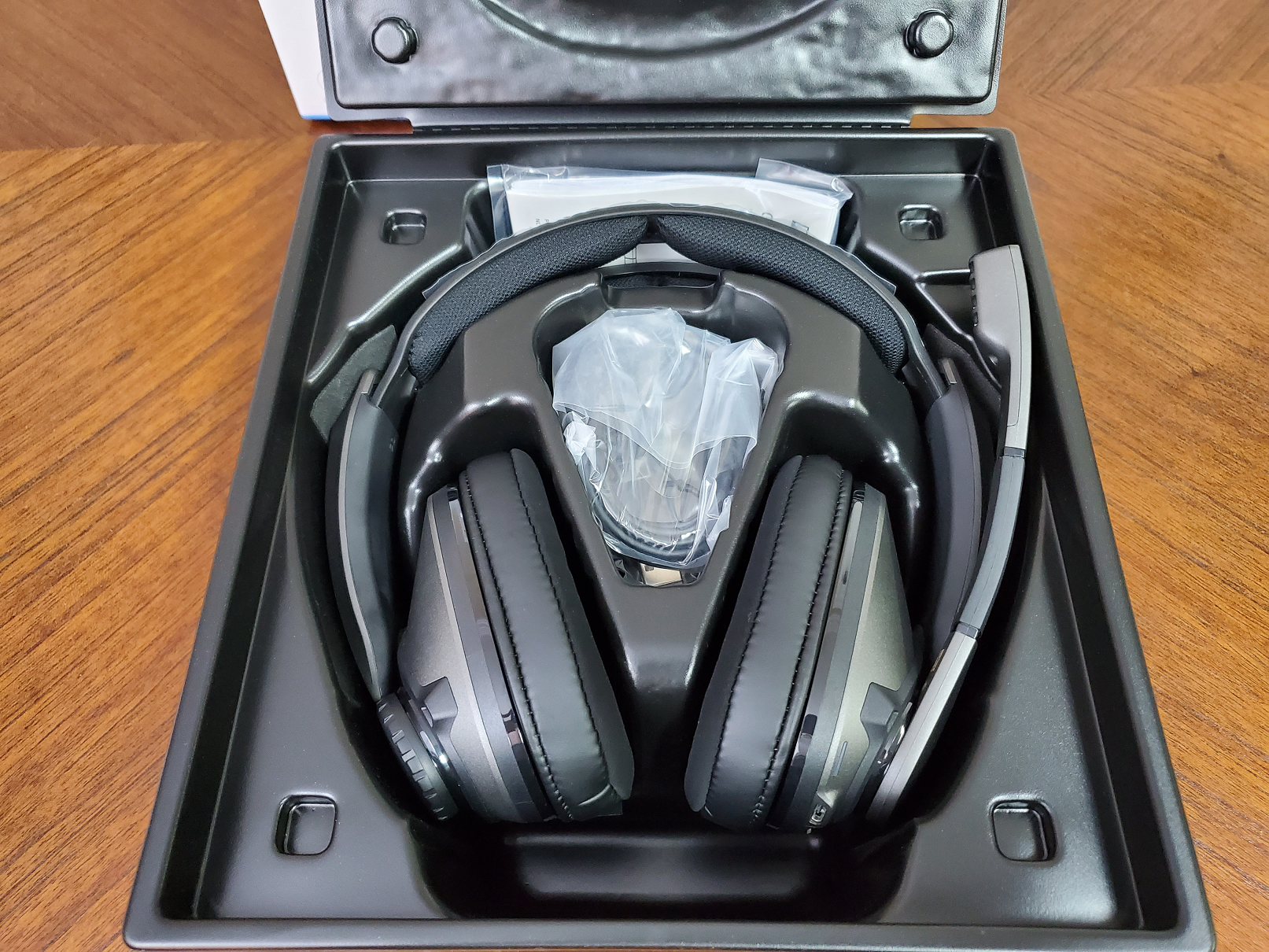 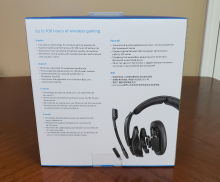 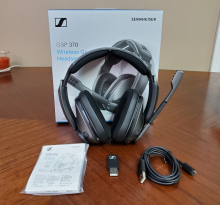 When I first received the box, I removed it from the shipping container and was shocked by the light weight of the packaging. My audiophile friend, who was over at the time, also picked it up and made the comment something akin to "dude, I think you got scammed. No way is there a Sennheiser in this box." After snapping a few photos, I peeled back the seal to discover that there was indeed a nicely packed headset and accessories found inside.

There wasn't much to the offering, just the headset, a manual, the USB wireless dongle, and a crazy long Micro-USB charging cable. While I can appreciate the extra long cable, it's very thin and was clearly intended for 5v power only. The headset can be used while charging (if you turn it on first before plugging it in), so the extra length comes in handy if you forget to charge it and want to wear it while it's plugged in. I could nit-pick about a modern $200 headset still using Micro-USB, but I'll leave it at that.

The lack of Bluetooth or a 3.5mm jack on the headset means you're stuck using it with the included dongle and are basically forced to run their software application with 100% uptime in the background. There isn't a carrying pouch and the headset isn't compact at all--it's a big chunky hunk of plastic. On the product page, it's stated that the microphone arm is flexible, and it is; however, it doesn't stay where you put it. It's just sort of... bendy... in the middle. You can hear the micro-switch click when you raise the arm, so you can always be sure you're muted, and the chunky volume wheel on the right ear means you won't need to reach further than your own ears to control your input and output. 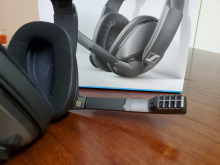 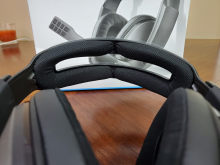 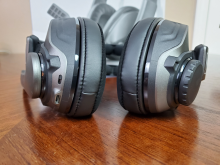 The power switch rattles when you move your head too forcefully, or if it rubs on your hoodie (this happens a lot for me). Though the off position won't get triggered from this, it's still annoying. The top of the headband has some nice cushioning, and the ear cups feel very nice and comfy (even with their uneven stitching), but the headband is way too tight at the upper length adjustment (I have a small head) and I can feel the cups rubbing against the tops of my ears. The first few times I used it, I couldn't wear it for more than an hour before my ears started hurting and I got a headache from the pressure.

If you're still with me, you may already be wondering how this ever passed Sennheiser's quality control. I found myself wondering the same thing and did a bit of research. As it turns out, the company EPOS has a branding deal with Sennheiser and was allowed to stamp and sell the model as a Sennheiser product. Just before posting this review, I noticed that the logo has been replaced on the new product images with the EPOS logo on various spots around the headset. Whether this was the big S forcing them to shift the focus or EPOS wanting to take more credit for the product, we will never know, but I find it hard to believe they were happy with the outcome of this branding deal. 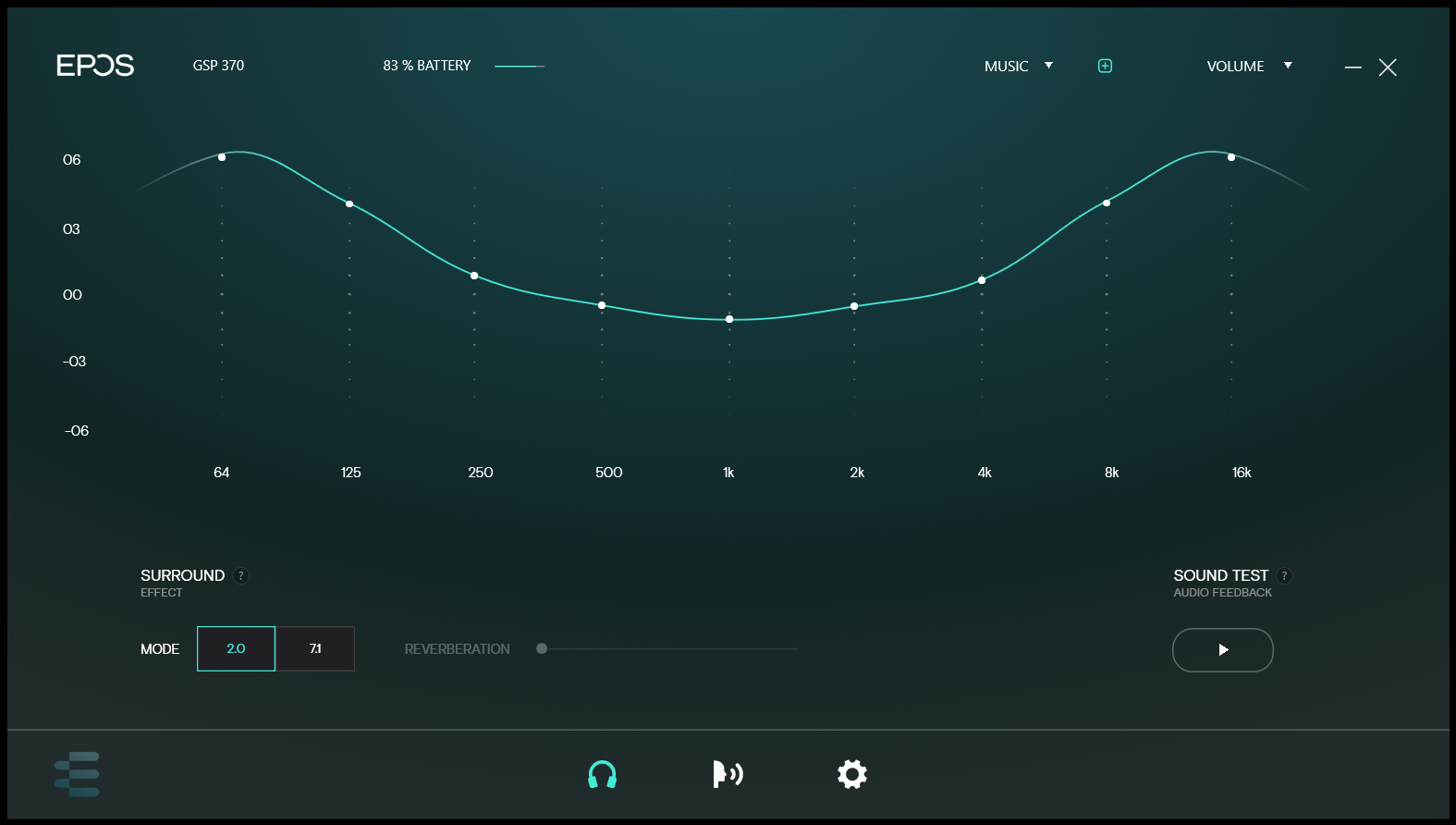 The software suite is a joke and is barely functional. A lot of the buttons don't seem to work, including the Sound Test button, and all of the gimmicky effect modes are absolutely terrible. The mic effects make it unusable as people can no longer understand you. The microphone itself is average, with the best comment I received being "it just sounds like you're using a headset mic." My advice is to just leave it on 2.0 mode with the EQ set to "music" and zero effects enabled for the mic.

The drivers themselves sound pretty good, nothing amazing, but they have good bass that doesn't rattle when cranked up and pretty decent highs. This is where most of your $200 is going, I suppose. They are quite enjoyable to listen to music, streams, and play games with. There is absolutely no discernible lag/latency, which is perfect since they tout it as a gaming headset in the first place. There can sometimes be a noticeable delay when using the volume wheel on the headset to adjust the audio levels, but it comes and goes and doesn't ever seem to affect the performance.

Let's talk about the battery. Wow. The battery life on this headset is absolutely insane. When they say 100 hours on the box, they were not kidding. I have personally had them last longer than a week before needing a charge, without ever turning the headset off, and using them for at least 8 hours per day. The headset must at some point go into a standby mode or low power mode when no sound is coming through, but they were instantly playing back audio when I returned in the morning and started up any media that produced sound.

Did I mention that they crash? Yeah, a headset that crashes. Through multiple firmware versions, the headset has crashed on me, sometimes during ear-splitting sounds, and gets stuck replaying the same millisecond of audio on loop forever. Only a full power down and removal of the dongle resets the playback, but you can hardly call your product gaming-oriented if it can cause absolutely devastating and catastrophic failure of your equipment in the middle of a game, especially an online competitive one like a shooter or when team communication is critical. Removing and inserting the dongle causes Windows to hiccup for a moment while it initializes a new output and input system, so resetting during the middle of a game may not be an option in some cases.

Much like the Zelda CD-i games licensed from Nintendo, these don't hold up to the quality standards you would come to expect from a big player like Sennheiser, and come off feeling like an $80 headset abusing their name to jack the price up. There are so many better options for the money on the market currently in terms of quality, comfort, performance, and connectivity options--maybe everything except for the battery life. 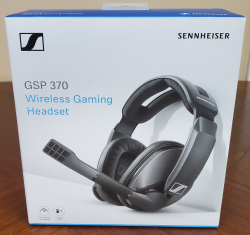