Have you been looking for that perfect way to transport your Switch in style? Look no further!

Having owned a Switch since launch, getting it from A to B has always been a pain. When I first ran into this issue, I quickly grabbed my trusty Club Nintendo pouch I'd had since the early days of the 3DS; it protected the screen, which was my main point of concern. From here, my mum went out of her way to make me a pouch to keep it in. While it is adorable and even has a zip in the back to store my games, it sadly isn't what I'm here to review. As much as I love my pouch, it only solved part of the problem: my Switch was protected but my Joy Cons were not.

Now to clear the air, you have plenty of options when it comes to protecting your console, many of them far cheaper than Sefu's offerings, but for me, each failing to meet my needs. Each one bulked my bag to the point where I could carry my Switch and… Not much else. Between getting a new bag for my Switch and other things, and getting a bag designed for my Switch, and maybe other things, I found myself becoming more and more intrigued by the latter, ultimately leading me to Sefu's Deluxe Switch Bag. Coming in at £130 ($160), the Deluxe Switch Bag is everything the title suggests: deluxe, and, well, for the Switch (and a bag if you want to be meticulous). Where this differs from the solutions I've looked into before is in the fact it isn't just a case you're going to throw in a bag and take with you, nor is it some grotesque neon green monstrosity aimed at your average 'gamer'. Sefu have come up with something that, to be blunt, just looks like a bag, and it's one I'm fond of. 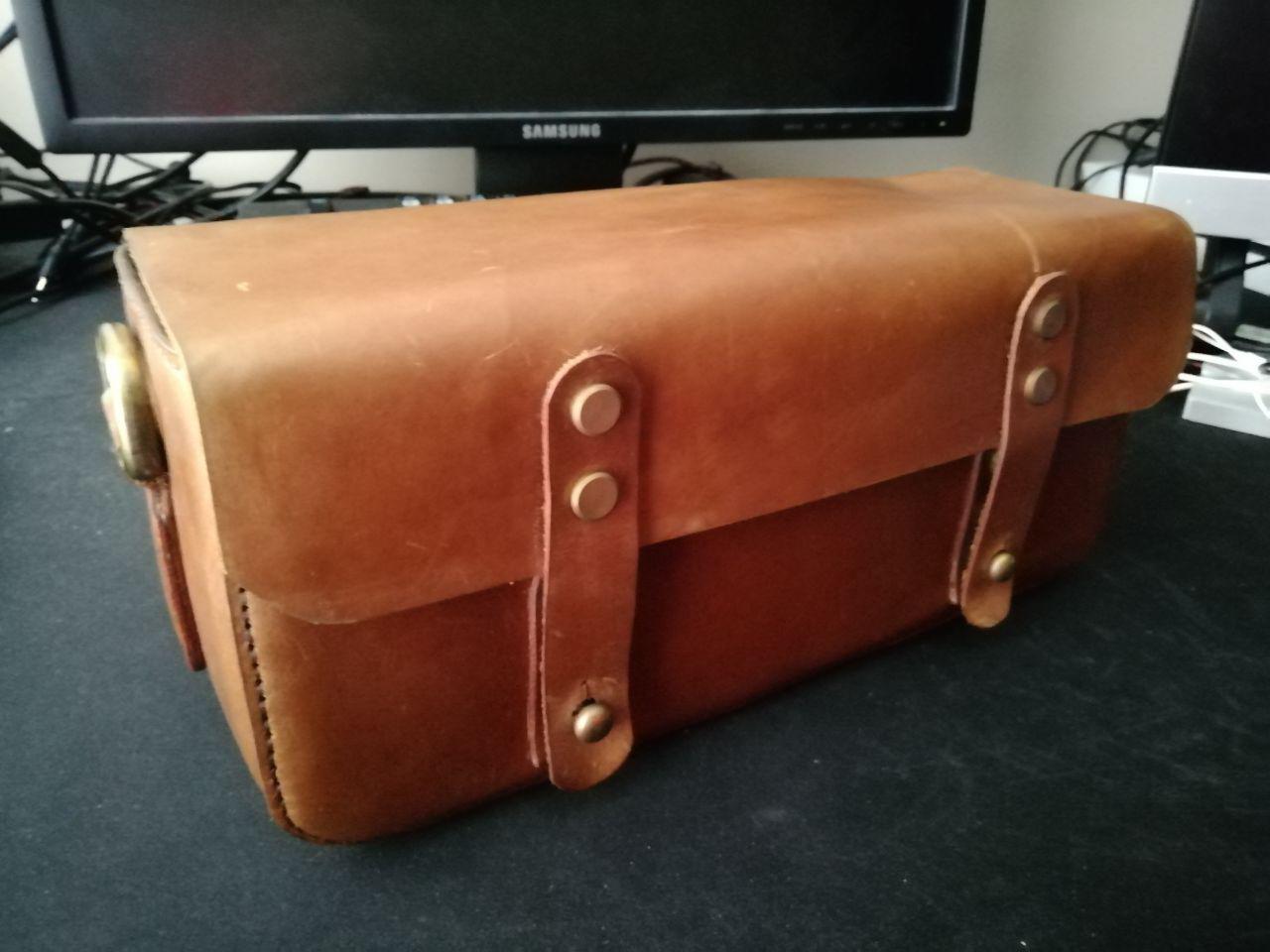 As a whole, the bag is quite boxy in nature. Just wide enough and just tall enough to house the Switch, its leather exterior is rigid and feels sturdy. The interior padded with a layer of what Sefu describe as 'Extreme Impact Foam', and the Switch held into place thanks to a magnetically detachable cartridge holder, the contents feel secure and safe. Featuring additional padding and a soft lining on the back of the cartridge holder, it does well in keeping the system in place without damage or unnecessary constraints. Because of its delightfully detachable nature, it can be removed at any time to either ponder which game you want to play next, or simply use the bag for something other than the Switch. Though it's advertised as being great for storing cameras, it's not something I've been able to test, my best camera lurking within a budget smartphone. That being said, it did an excellent job of fitting the miscellaneous Nintendo handhelds I have lying around, albeit with a small game of Tetris required beforehand to evaluate just how much I could get in there. If you don't mind the divider, it can even be used to secure other systems quite nicely without you having to carry a case around for them, my New 3DS snug to the point of it not falling with the bag held upside down and being shook. Naturally with it being designed for the Switch, you can expect a similar degree of snugness. 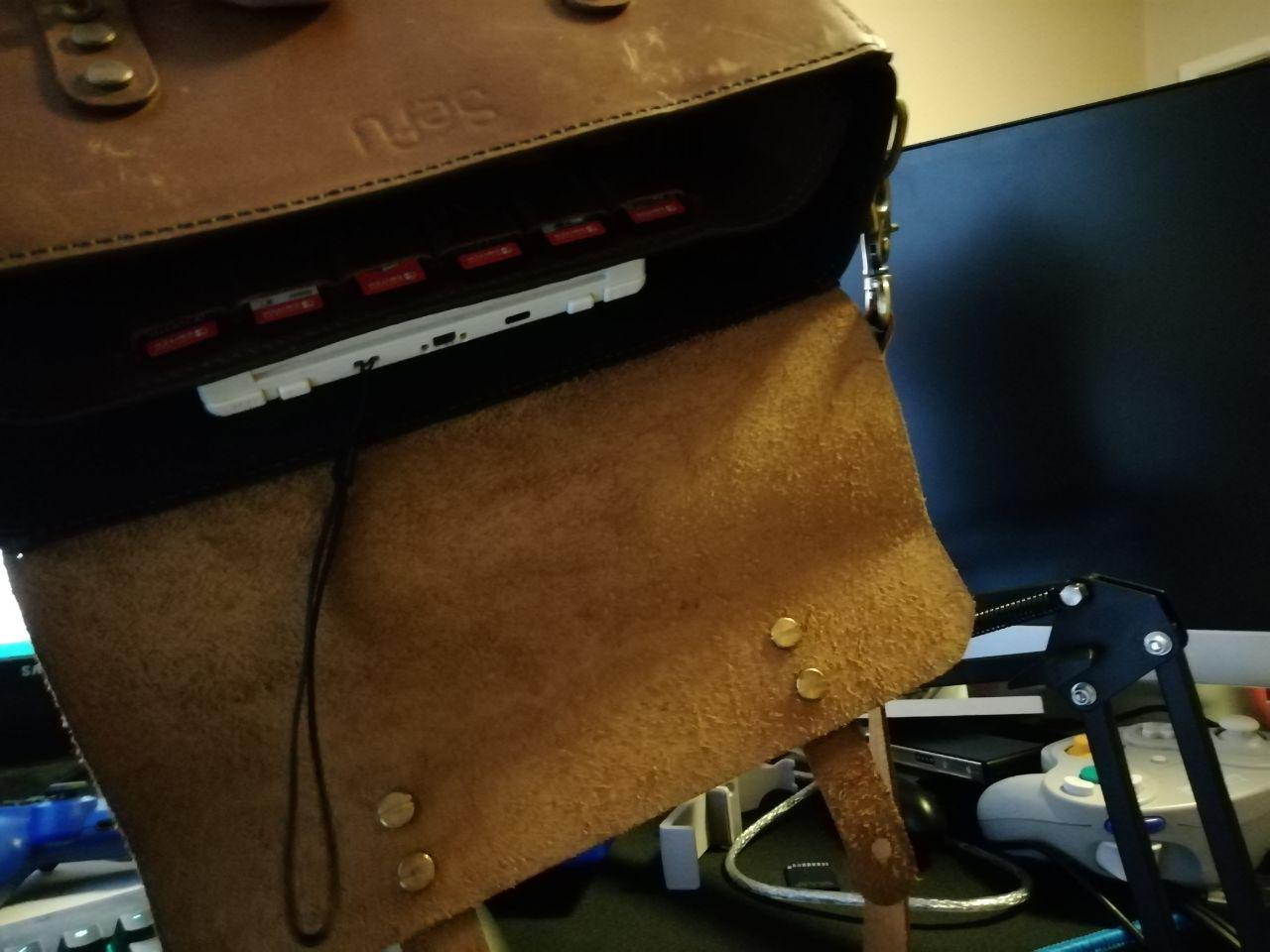 Where I find myself drawing criticism, perhaps the only thing I could personally fault it for, is in its hand-crafted nature. On the positive end of that statement, each one feels unique and almost personal, but with that you have a certain degree of variance from unit to unit. With mine for example, the flap covering the bag's interior doesn't completely cover the interior, leaving thin gaps on each side. Ordinarily and on an optimistically sunny day, this isn't an issue at all, but in your more expected British rain, I wouldn't feel comfortable. Because of this, I find myself checking the weather before deciding which bag to take out, resorting to the mother approved tried and tested pouch if it isn't looking so hot. This may be a fault of the design as a whole, or it may be a fault of mine in particular, but it is a shame, and a blemish on what I would otherwise consider to be the perfect solution to my unashamedly specific problem. 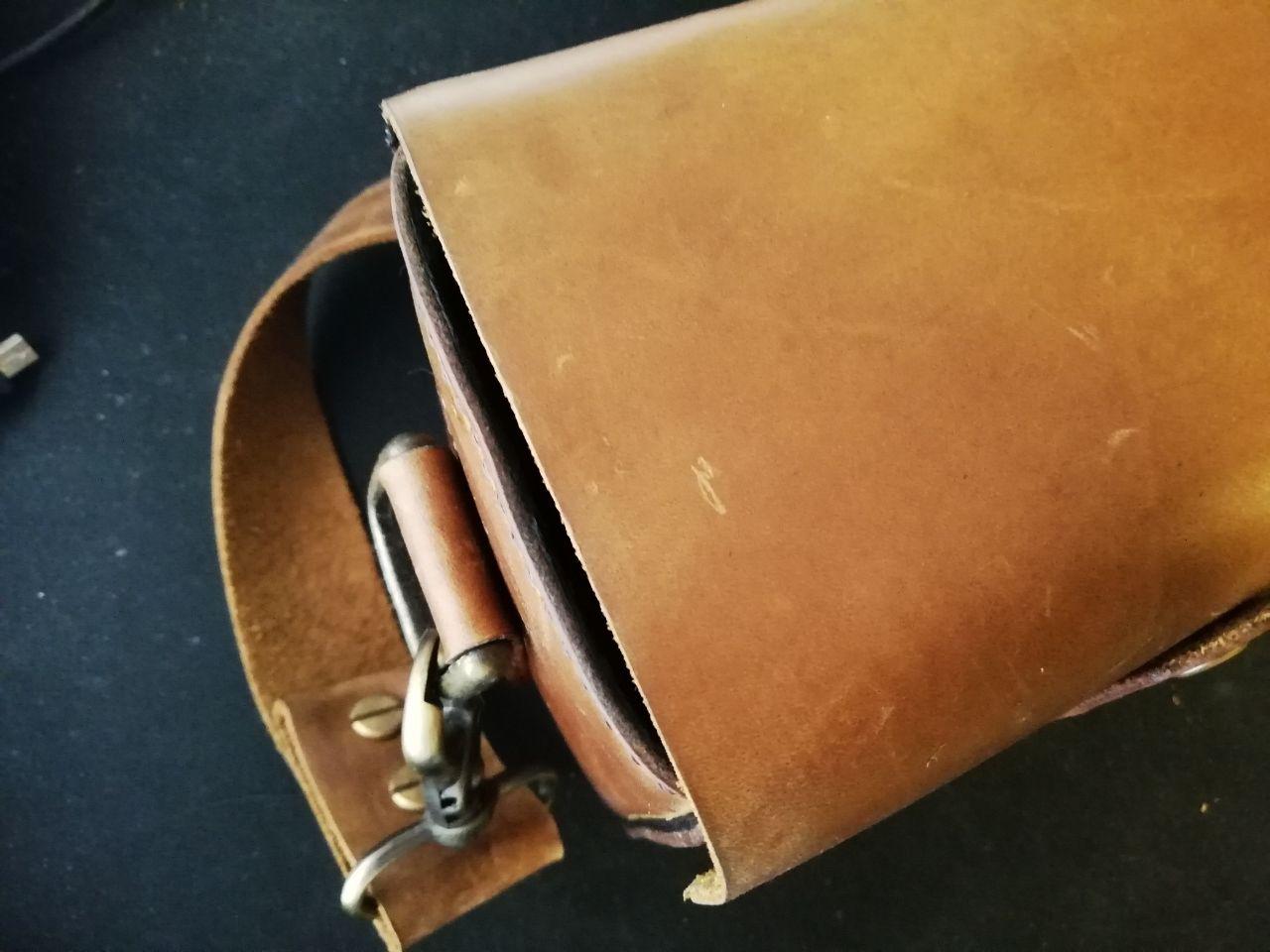 Sefu's bag isn't for everybody, that much I feel the need to reiterate. Putting forward a product that is both stylish and functional, it finds itself appealing to a glorious niche of hardcore Switch fans who want to look good at their weekly rooftop party. Though it excels in what it sets out to do, the price point is just too high for its average potential buyer. As if to alleviate this, they do have cheaper options in the Switch Bag and Switch Bag Pro, but both lack the same premium feel I came to love. If you're that perfect blend of Switch enthusiast and loose with your wallet, I cannot recommend this bag enough. Once you get past the stage of buying it, you have a product that will likely last until Nintendo's next big hit.