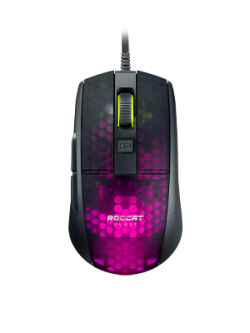 Roccat keeps coming at us with peripherals, and I'm all about weeding out the best from the mediocre. Let's see what we are working with!

When I reviewed the Roccat Kone back in April 2020, I was blown away by its overall style and substance. Now I have before me the Roccat Burst Pro, with its less than flashy aesthetic, light-weight 68g form factor, enhanced hardware, AIMO illumination and SWARM companion software, all for under £50. What I really want to know is whether the Titan Optical Switches really bring anything to the party, or if it's all just marketing hype. Let's dig in! 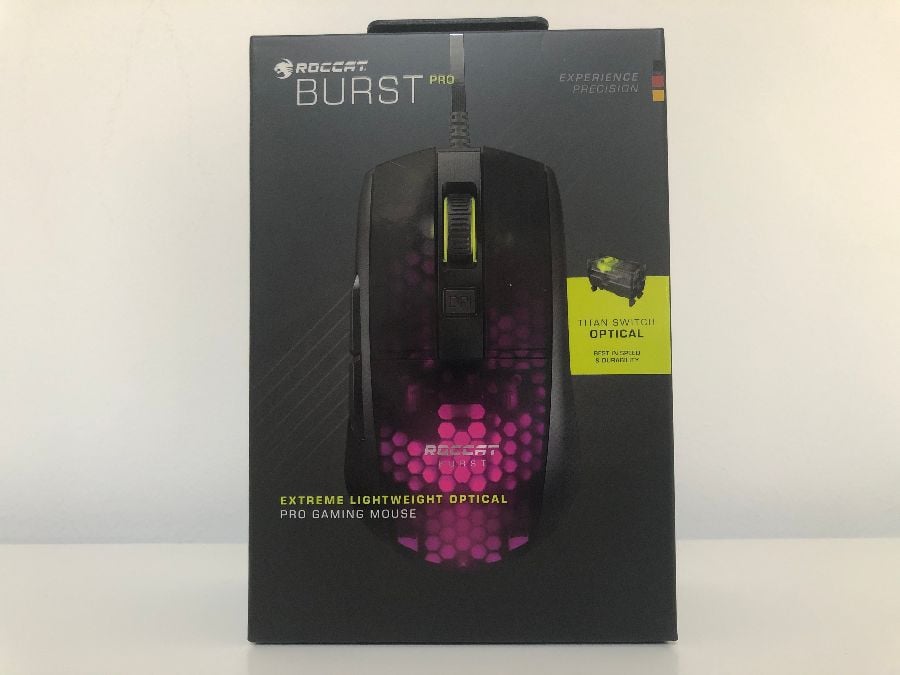 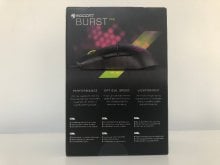 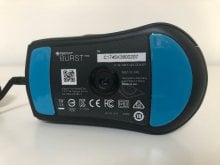 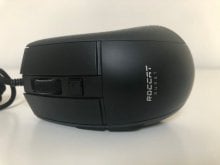 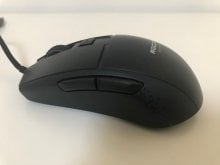 From a distance, you would be forgiven for thinking that this mouse is very very plain. It could hide very convincingly on a desk, ubiquitous amongst the pen-tidies and staplers. But once you get up close, it becomes apparent that its honeycomb detailing and lightweight construction is a precursor to something special and, plugging it in, you cannot fail to be impressed with the RGB styling and sleek bodywork. As with all Roccat mice, the AIMO lighting goes into full effect and you can customise it to your liking, designating the body as one colour and targeting the scroll wheel for another. It has to be said that going plain doesn't bode well for the effect. I went for a rather unorthodox white scroll wheel and white body, only to sneer at it, thinking it just looked rather stupid. Switching it up and going for a neon pink and blue theme soon put pay to my horrible design choices and I had a nice-looking mouse sat on my desk once again. Leaving it to time out is another nice feature of the SWARM software. Leaving it for a predetermined amount of time the mouse times out into a designated LED illumination show, so if you did opt for sensible colouring on your desk in your office, don't forget that you could leave it for a few minutes and return to your desk with an RGB rainbow-strobing-colour-show for your colleagues to pour-over.

The honeycomb approach has been doing the rounds for some time now in the gaming mouse community, and I have to say that Roccat's implementations make the most sense to me. The body is a very simplistic design that sits smack bang in between left and right-handedness, and its sleek, opaque plastic, hiding the honeycomb substructure adds stability and solidarity. Where most mouse manufacturers simply cut holes to reduce weight, Roccat has implemented this layer of protection over the top to do exactly that: protect the inner gizzards from dust and muck ingress. Where other honeycomb mice will fall flat is with simply maintaining the thing and keeping it clean on your desk day in day out. The Roccat Burst Pro avoids this altogether by encasing its inner design in a shroud of wafer-thin but ever so strong plastic to prevent the internals ever getting filthy. Bravo.

The Burst Pro features 6 buttons and a mouse wheel, giving you 8 options for full customization on the buttons. This is an ideal number for most games, but I could see RPG gamers clamour for more. Thankfully, as is the standard for Roccat, you have quick switchable profiles and customisable load-outs per game, so this is a non-issue, really, if you are prepped for success before jumping in. I have to admit the buttons are fast, really fast. These Titan Optical Switches really do live up to Roccat's promise of being "up to 100 times faster than standard mechanical switches", and having "twice the durability at a long-lasting 100 million clicks". I noticed that everything I did registered promptly and first time, with no notable lag, no ghosting, and definitely no missed clicks. With the enhanced Titan Optical Switches there's definitely a mechanical feel to your inputs; they're snappy and satisfying, especially when planting a bullet into the opposition's skull. I used it for a good few hours and never noticed any mushy feeling on either of the two main buttons, but I did think the travel on the side buttons a little long, and there was a definite tone difference in the sound of the left click as opposed to the right click, which I kind of found off-putting at first, but got used to it very quickly. 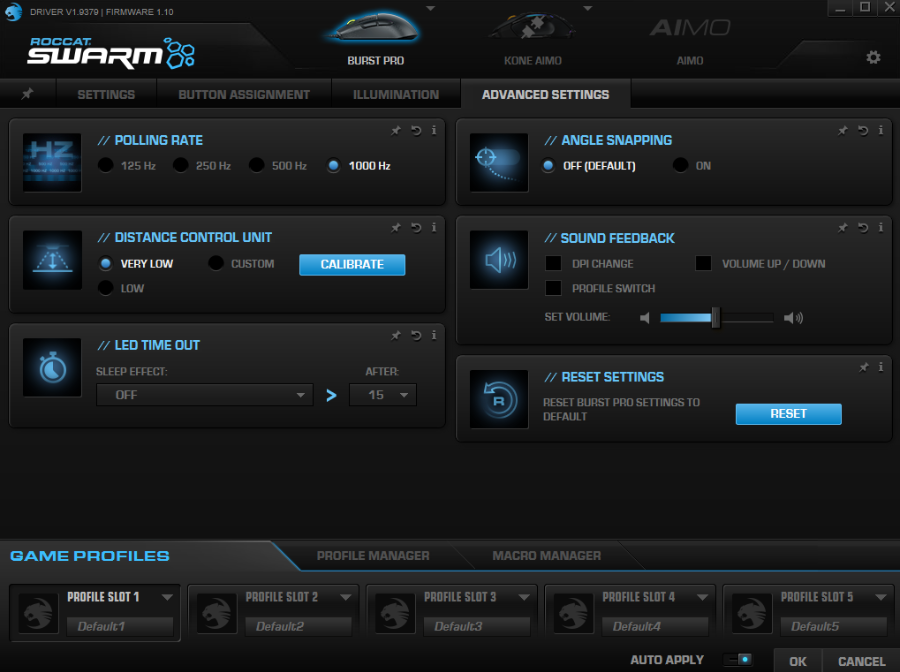 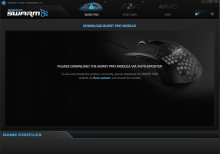 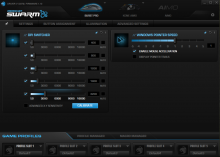 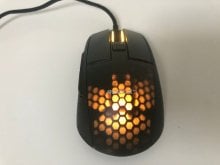 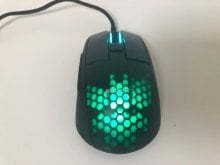 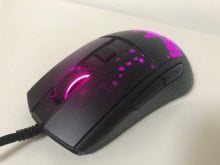 Typically I use a mouse with the fingertip/claw grip, for manoeuvrability and comfort, but this mouse is quite small and, using it in a palm stance, I really felt a level of discomfort after prolonged use this way. Switching back to minimal contact with a fingertip grip always will be my method of choice for using these devices, probably because I have large hands and the Burst Pro is not the largest nor the most ergonomic. However, it is entirely up to you which way you hold your mouse, just be warned of the smallness not lending itself well to palm use for extended periods of time.

The side buttons, though perfectly placed, bugged me at first. The learning curve to get used to them is very steep, and the default behaviour of the lower button forcing your browser back a page caused me to have to write this review TWICE! I realise that I should have saved at closer intervals, but my goodness: I blinked and I had hit the back key instead of the save button. Nevertheless, I continued using it and the problem was purely teething issues with getting to grips with its layout. Is it too ergonomically correct for me, making it effortless to click the side buttons wit my thumb or was it badly placed and that was conversely the problem? I'm really unsure. I want to believe that I'm not a doofus, but I also haven't made this mistake in nearly two years for reviewing items. So perhaps it's a combination of the buttons being perfectly placed and me just not realising how ergonomic they are, but, pro tip: customise those buttons to your liking before using it at all.

Improvements over the Roccat Kone include a ramped-up 400ips compared to the lesser 250ips motion detection speed, which means the sensor is incredibly sensitive and never skips a beat during gaming sessions. Obviously, the insanely light-weight 68g compared to 130g of the Kone is a vast difference. Though I remember feeling like the KONE needed to be weighed down, oddly, the Burst Pro is entirely on the other end of the spectrum. I totally appreciate the feather-like mass and the ease of gliding thanks to the prefabricated PFTE glides that are built-in. The lightweight nature of it lends itself better to being snappy and manoeuvrable on your desk, and to my surprise, I didn't feel like this was underweight at all. I don't even think that the ability to add weights to it would improve it any; it's ideal just as it stands, perfectly engineered and well-balanced to boot. The cord is also a huge improvement this time around. Phantom Flex provides you with a virtually snag-free, zero drag, smooth as butter experience, and throughout my entire testing time, I could not argue with this summation. The cable is flexible, durable and as strong as you like. I also really appreciated the smaller detail of the mouse icon on the USB plug too. It's a small thing, but in terms of cable management, it was a cinch to know what was plugged in where without having to do the tried and tested following of the cable with your finger to ensure you know which device is actually in which socket. Even the cable tidy rubber wrapper is engineered for simplicity. It's a great touch! 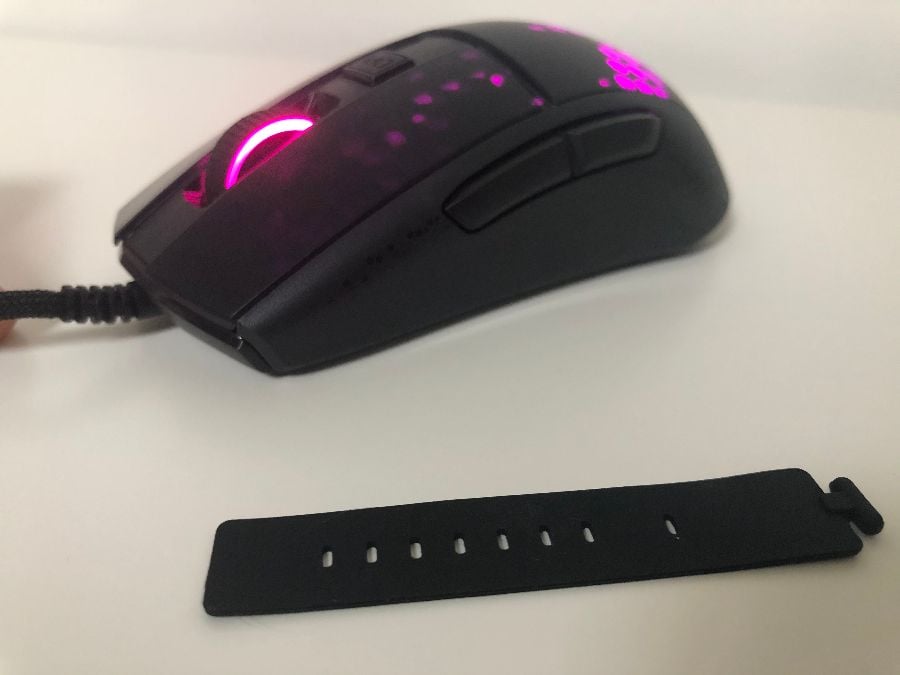 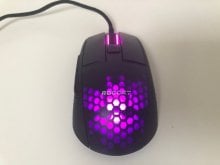 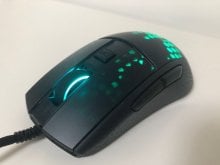 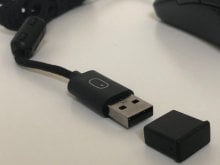 As a budget premium mouse, I have to insist that this is a stunning little input device. The weight is insanely low and the optimisation of engineering on this device is a landmark in its innovation and purpose. There is nothing extraneous about this device. You truly get what you paid for, and thanks to superb companion software you can have a flawless experience across the board with macros, profiles and LED options at your fingertips that, put quite simply, work perfectly. The ROCCAT Burst Pro is a stunning device. Combining the PFTE skates, the 68g lightness, and the new and improved cord makes it feel like a wireless mouse but with the latency of a wired one: I can't find much to grumble about with this one, and that surely has to mean its a great product at a great price!

The ROCCAT Burst Pro offers significant upgrades over many of its gaming mouse ancestors, and provides it all to your for a value-packed £49.99! If you are a southpaw aching for something sure-fire awesome: then please PLEASE get on to ROCCAT to offer you the equivalent mirror image of this device as you are guaranteed not to be disappointed with the Burst Pro.
Reactions: Mr. Looigi and Alexander1970
Share:
Facebook Twitter Reddit Pinterest Tumblr WhatsApp Email Share Link
Thank you for your Review.
I should read more Reviews like yours about PC Mouse Devices.

Leaning toward this.
Reactions: Mr. Looigi and KiiWii
That mouse looks really good, if I was in the market for one I would consider it.
Reactions: KiiWii
gaming mice need more thumb buttons!
the thumb is one of the most advanced joints in the human body, yet most mice designs are built to only have it press 2 buttons...