Looking for the best way to play your classic consoles on a budget? Look no further!

If you wanted to pull out the SNES and play Super Mario World, it used to be simple. You'd grab your console, plug it into the mains, hook it up to the TV, and get right into it. As times and, perhaps more importantly, TVs, have moved on, this once-simple process has become painful. Whether struggling for the lack of compatible ports, horrid built-in deinterlacing, or an incompatibility with the common 240p signal, it's often easier to just leave the hardware in the closet and grab something newer. The solutions to these growingly common issues tend to sway between keeping hold of an oversized CRT or finding yourself an upscaler, the latter of which we're looking at today.

When it comes to viewing your games in the best light, there are two names you're likely to see time and again: the Framemeister and the Open Source Scan Convertor (OSSC). Both of these are powerful tools rich with features and options, and both come with a hefty price tag of around $300 and $200 respectively. For those on a tight budget and willing to put up with input delay and miscellaneous quirks and qualms, you can also find countless cheap upscalers littering Amazon and eBay. Sitting somewhere between these options is the RetroTINK-2X. 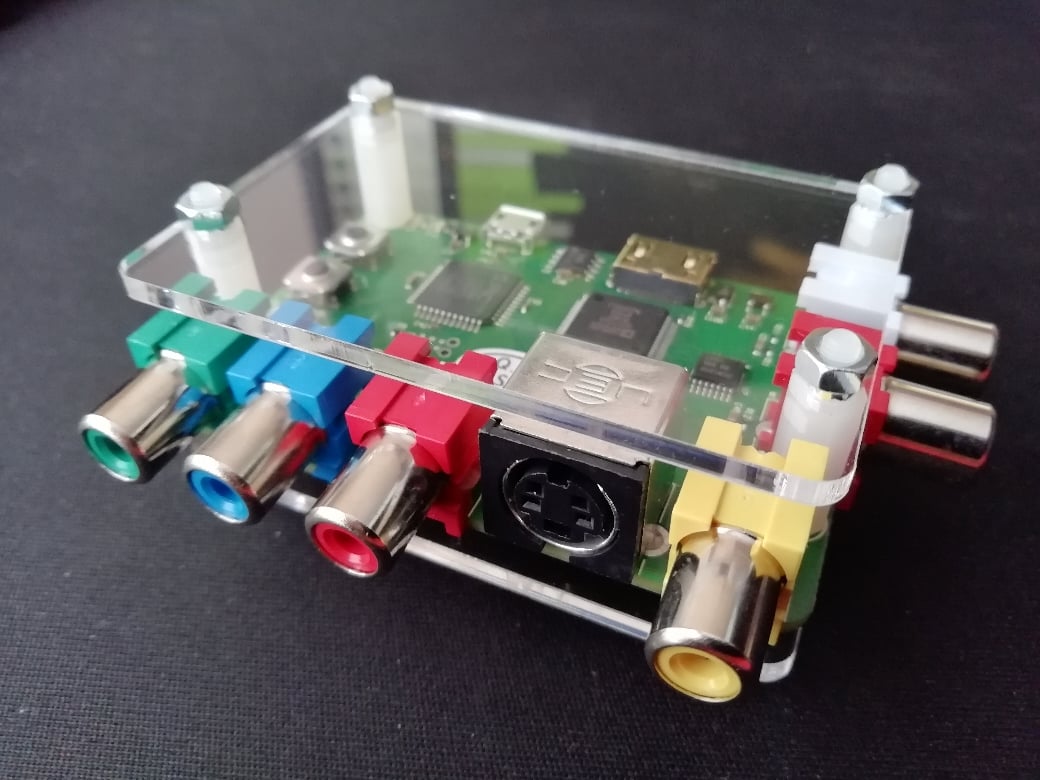 Where the Framemeister and OSSC look to offer a multitude of settings and configurations, the 2X has one job and does it well: line doubling. Taking a 240p signal via one of component, composite, or S-Video, it outputs at 480p via mini HDMI; no mess, no fuss. The board itself is housed in two plexiglass plates you're expected to assemble yourself. Though mine did come pre-assembled, it seems a simple enough process of putting pieces into place and securing them. With that, you're good to go! Plug in your micro USB power supply, plug in the mini HDMI output, and plug in your input of choice and play away. The 2X requiring only one amp of current, it's perfectly happy to be powered by a TV's USB port, or really any kind of phone charger you might have lying around. 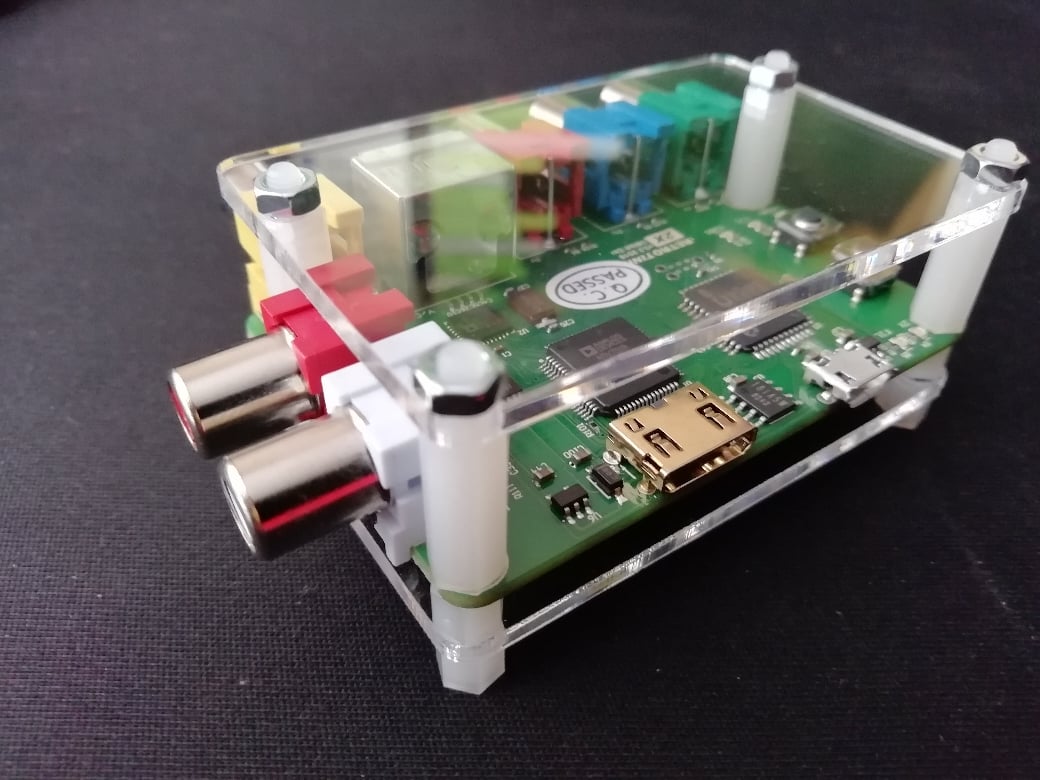 Though the device aims to keep things simple, it features two hardware buttons: one to toggle the display mode, and one to switch between inputs, both of these illustrated by small lights on the board. It's worth noting that while you do have to manually select the input, it isn't advisable to have multiple devices connected at the same time as their signal will still be processed to some degree. I noticed this when switching between S-Video and composite inputs recording footage, the image becoming far brighter with both connected together. As for display modes, I found myself pleasantly surprised despite the expectedly limited offerings.

The 2X mode does exactly what you'd expect, doubling the 240p input for a nicely scaled 480p output. Having tested it on a number of different devices, I had no issues in displaying this image across TVs and monitors, it also playing nicely with my capture card after I figured out the resolution it was outputting (720x480 for SFC and 720x576 for N64). While the image displayed fine, I did notice it was stretched to a 16:9 aspect ratio on one of my monitors, something to perhaps be aware of if the device you plan to use it with doesn't have the option to force an aspect ratio. That being said, it's a feature you'd expect of any modern TV.

Of everything on offer, the filter was the biggest surprise to me. As a general rule of thumb, I dismiss filters as sins against pixel purity, but with it being an option, it's something I was eager to at least try. After some playing around it may be no surprise to hear I stand by my ideology, but I have found an appreciation in certain scenarios.

An assortment of different SFC games played via S-Video both with and without the filter.

The video above goes through a number of Super Famicom games with and without the filter. Of the games played, Yoshi's Island stood out to me. Its hand-drawn aesthetic is the perfect style of game to appreciate being smoothed over. To some degree, the same is true for Zelda: A Link to the Past when looking at the diagonal paths. Whether this will be of use to you will likely be a significant point of preference, but where I found the filter really in a league of its own was when using composite input.

Where with S-Video and component you have a clean picture with defined pixels, composite is naturally worse. Giving an overall muddier image, smoothing is a perfect way to hide these blemishes.

Super Mario World for the SFC played with S-Video and composite both with and without the filter.

It's something you can really appreciate if you lack expensive component cables, or struggle to find S-Video compatibility as I did for a number of consoles. Despite how common it may be in the US, it's far more hit and miss in Europe. If you want the best quality out of the 2X, you should be aware of your consoles' limitations. For example, my Ice Blue N64 doesn't agree with S-Video where a grey variant would be fine, and PAL GameCubes replaced support for RGB Scart, something not supported by the 2X. If you're in the US, this is nothing to be concerned about, but if you're somebody just getting into high quality retro experiences, do your research. The 2X is the perfect device to act as a gateway into this brilliant world, and it's interesting to see it has use even if you do later decide to upgrade to the more costly OSSC. Where the OSSC has plenty of features, it lacks ports for S-Video and composite input. Using the 2X's passthrough display mode, the image is delivered in its original state to then be processed and upscaled by the OSSC.

Super Mario 64 played with composite video both with and without the filter.

All in all, I think the 2X is a fantastic product. Easy to setup, easy to use, and with the added benefit of microseconds of added input lag, it's the perfect device to get you started on your retro gaming adventures. What it lacks in features, it more than makes up for in nailing what it sets out to, filling a gap in the market at its $100 price point. It's more expensive than the miscellaneous upscalers you might floating around the internet, but delivers a quality image with no compromise to the gaming experience.