Genesis does what third party don't. Retro-Bit and Sega bring us a new take on an old favorite in the form of a Genesis Model 2 gamepad. How does this one fare against other controllers like it?

It's hard to believe that the Sega Genesis is 30 years old. Even after all that time, many people will certainly remember the look and feel of the Genesis controller, and some may long for the nostalgic days of using that specific gamepad. That's where Retro-Bit steps in, offering fans a way to relive their experiences in a new way. Now, you might be wary, as third party retro controllers tend to get a bad rap, for either not feeling authentic enough, or from just being made from cheap parts. Luckily for fans, Retro-Bit has partnered up with Sega to create an official replica of the Model 2 Genesis controller.

Quite interestingly, Retro-Bit has already made an attempt at making this exact gamepad, in the form of the Retro-Bit Sega Retro Pad. It didn't look quite right, and it felt hollow, made from flimsy plastic that felt awkward to press, resulting in a disappointing experience. In the time since then, it appears that Retro-Bit has learned from their mistakes, and as I pulled their new "Official 6 Button Sega Controller" from the packaging, I was immediately taken back to when I was a kid, being handed that Genesis controller for the first time, playing my first-ever video game. 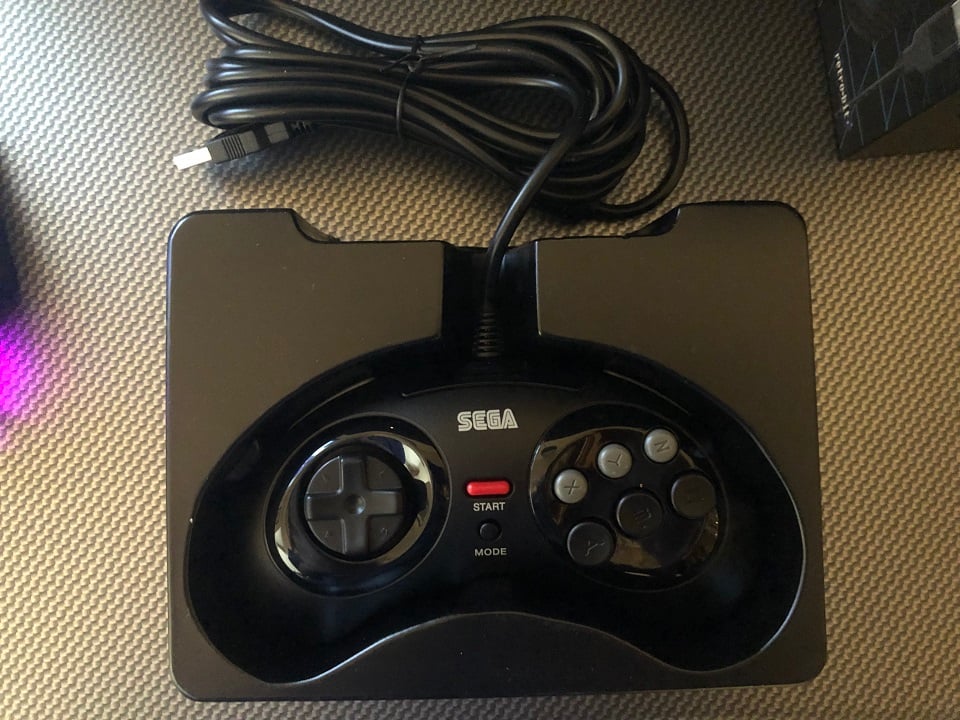 From its sleek glossy look, to the build quality, and even the way the buttons all feel, it's almost indistinguishable from the original controller from the 90's. On a personal note, I've gone through three other Genesis controllers in the past, trying to find a nice replacement controller to use for retro games on my PC; Retro-Bit's initial foray, the Hyperkin GN6, and the wireless 8Bitdo version. I was not at all satisfied with the first two, and while I do love 8Bitdo and their products, their take on the Sega controller just didn't sit right with me. It's a fine piece of hardware, certainly, but it never struck that nostalgic chord that I was looking for.

Retro-Bit however, has knocked it out of the park. That "rocker" d-pad? It's exactly as you remember. The futuristic oh-so-cool at the time font on the A/B/C/X/Y/Z buttons is the same, too, a subtle detail, but one that stuck out to me as I compared it to its original counterpart and other third party attempts. No detail was spared in making this product look and feel as accurate as possible. Mashing the face buttons to do a spin-dash in Sonic 2 is just as gratifying as it was when I was 4. Frantically moving the d-pad back and forth in Flicky or Mortal Kombat led to that familiar sound of the plastic softly clicking as it rocks from side to side, another flawless recreation of nostalgia. The shoulder buttons are delightfully clicky on the USB controller, though sadly, the first fault I found was that the Genesis one's singular Mode button does not share that same tactile response. 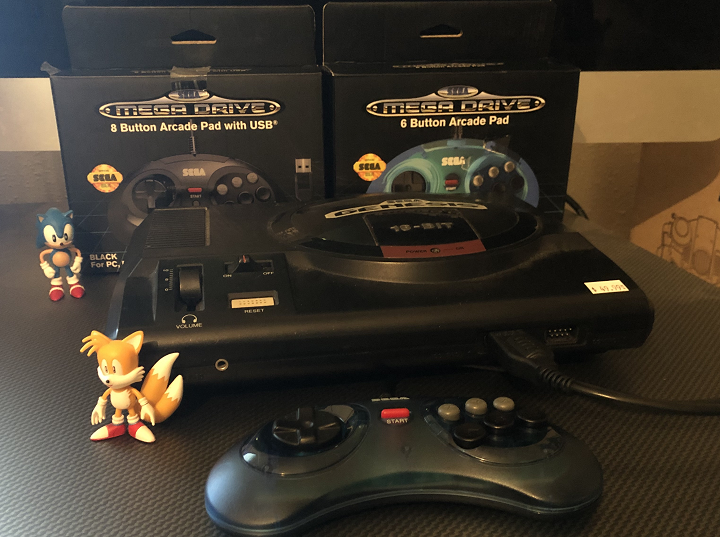 As shown in the pictures, not only are there two versions; one that uses USB and features 8 buttons, and the other which plugs into the Sega Genesis and has a 6 button layout, but they also come in two colors. You can choose the black controller if you really want that nostalgic appearance, or you can go with "clear blue", with its frosted translucent style. Regardless of color choice, both controllers feature a lengthy 10ft cable, meaning you'll be prepared if you need to use it on your RetroPie that's sitting halfway across the room. If that's not good enough, then Retro-Bit will be releasing a wireless variation that'll support Bluetooth, before the end of 2019.

Retailing at around $14.99, this is hands-down a must have for any fan of the Sega Genesis that wishes to play the classics the way they were meant to be experienced. If you need a retro controller for your gaming machine, for the Analogue Sg, or for your RetroPie emulation station, it'll work excellently there as well. Retro-Bit has outdone themselves this time, creating the absolute best Genesis controller currently on the market.