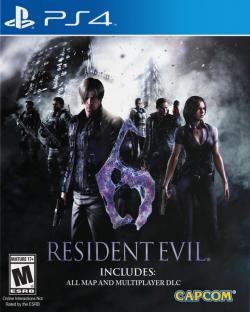 Working their way backwards now, Capcom’s latest… HD… Remaster? Has arrived on PS4 and Xbox One! Let’s take a look at what this seemingly already HD game has changed in our review of Resident Evil 6.

If you’re familiar with Resident Evil 6, you may well know that it was beholden as Capcom’s largest misstep in the mainline Resident Evil series. From a lack of survival horror to a complete, in your face extravaganza of action and one liners, RE6 left a sour taste in many a gamer's mouth.

RE6 is a third person action game entirely focused on… well shooting and suplexing your way through the game. Ammo is in abundance if you happen to be playing on lower difficulties, but you may find yourself strained on higher difficulties, which is what I recommend, for a good survival experience.

There are 4 different stories you can play, as well as a mercenaries’ mode, similar to horde mode. Each story is relatively lengthy depending on your playstyle, with the totality of the story adding up to about 20 hours of game time. Not bad if you’re looking for a time sink, and if you’re okay with simple action games.

The question is, can you keep yourself entertained with the absolute brainlessness of RE6’s corridor and streetways filled with zombies, lackluster boss encounters and cheesy dialogue? Rather than present much threat, the main idea of this game seems to be just throwing numbers at you and hoping you get frustrated, or are satisfied pointing and popping heads for a few minutes before moving on to the next part. 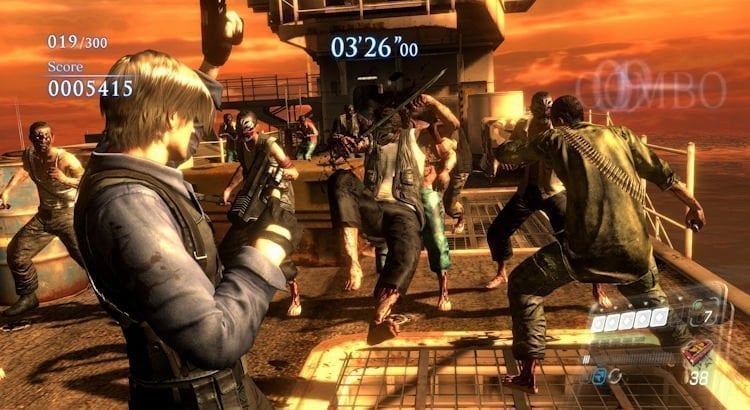 You do have various combat options available to you in the form of takedowns, round-house kicks and merciless beat-downs, all of which are tied to the stamina bar underneath your health bar. Hand to hand isn’t usually recommended except to save bullets in tight situations, so don’t expect to punch your way through all the numbers of zombies the game throws at you.

Normally in my reviews, I try to take the time to sum up or tell you why you should be interested in the story. And I hate to be blunt, but Resident Evil 6’s story is a trainwreck.

Resident Evil 6 is the exact same terrible B-Action movie your uncle forces you to watch with him at the family gathering while you sit there wishing you were doing something else. 4 scenarios may sound good on paper, hell RE2 made 2 scenarios work wonderfully and we revere it for that. But the insane incoherence and timeline differences of all 4 stories, the shoehorned in meetups and crossovers that in retrospect doesn't even make any damn sense, coupled with the awful writing for each character and lack of any reverence for new-coming characters makes the entire offering more sour than the rotting zombies crawling all over the game. 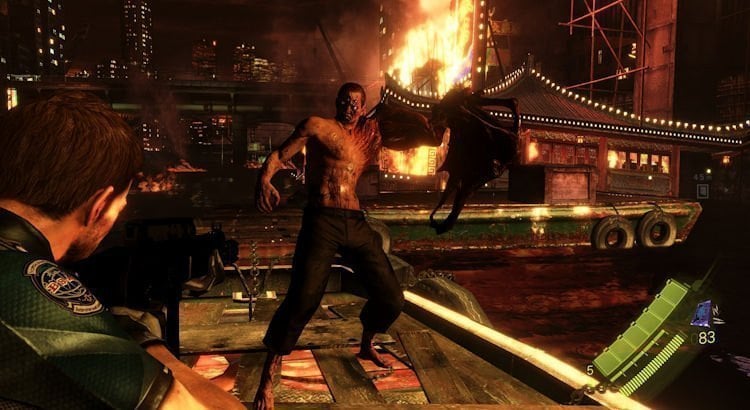 Okay here’s where I start to get a little annoyed with this recent offering from Capcom. While boasted as a remaster… it’s really not. It’s pretty much a straight up port, in all essence. The 1080p visuals make all the bleak dark and grey look about as nice as you can make them look, and the 60fps is a welcome pleasure for my eyes, but that’s about as far as changes go. 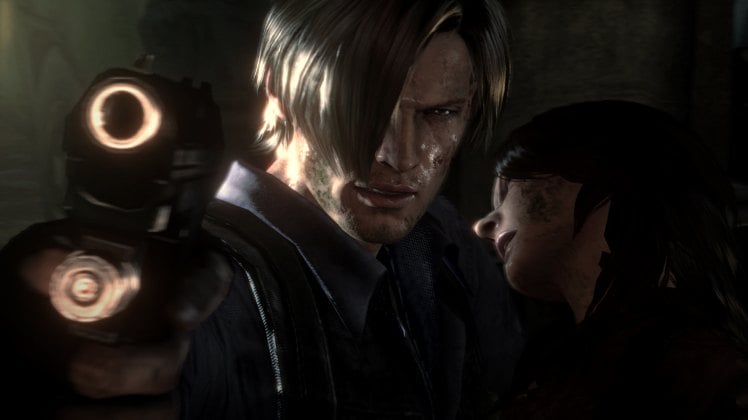 No added features, no fixed bugs from the old game, nothing to entice you to come back to what was arguably the worst game in the mainline franchise, other than some visual perks that quite honestly, while pretty, don’t look terribly different from when they were designed FOUR YEARS AGO.

While it is nice to have the game on PS4, it almost feels like Capcom knew they ought to lead with the top-tier crap before giving us the goods buried in its center.