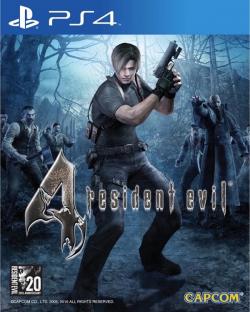 Resident Evil 4 withstands the test of time, as proven for the ninth time.

​
A Trip Down Memory Lane: The Basics
Resident Evil 4 is set six years after the 1998 zombie outbreak in Raccoon City, and serves as a sort of “soft reboot” to the series in order to take it away not only from the zombies the series is known for, but also away from America. Players resume the role of fan favorite protagonist Leon S. Kennedy, whose new role as a US special agent has taken him to Europe on a mission to find and rescue the President’s kidnapped daughter, Ashley Graham. Leon and Ashley uncover a dastardly plot being executed by a local religious cult in the area known as “Los Illuminados,” who are using a parasite, Las Plagas, to turn the local residents into mindless drones (Ganados – the zombie-like enemies Leon must work through), subject to their religious leader Osmund Saddler. Saddler intends to use Las Plagas to take over the world by infecting Ashley, who will then infect her father upon her return to the United States, leaving it up to Leon to stop Los Illuminados before their plan can be realized.

If the plot sounds familiar, it’s because you’ve likely played this game before. Resident Evil 4 was originally released in January of 2005 on the Nintendo Gamecube, and went on to be released on the PS2 in November of the same year, adding in the “Separate Ways” storyline which follows side-character Ada Wong through the various stages of the game, giving a clearer outline to both hers and series antagonist Albert Wesker’s roles throughout the story. Two years later, the game was remastered and re-released for the PC and Nintendo Wii, and included all of the content previously exclusive to the PS2. Since then it’s been re-remastered for the PC, ported to the iOS and Android mobile games stores, ported to the Xbox 360 and PS3, and now most recently, remastered for the Xbox One and PS4. This marks the ninth remaster of the game to be released in its 11-year lifespan, and the fourth time that I’ve personally bought the game. I’m happy to say that this port, while adding nothing new, lives up to the standards set by it’s predecessors. 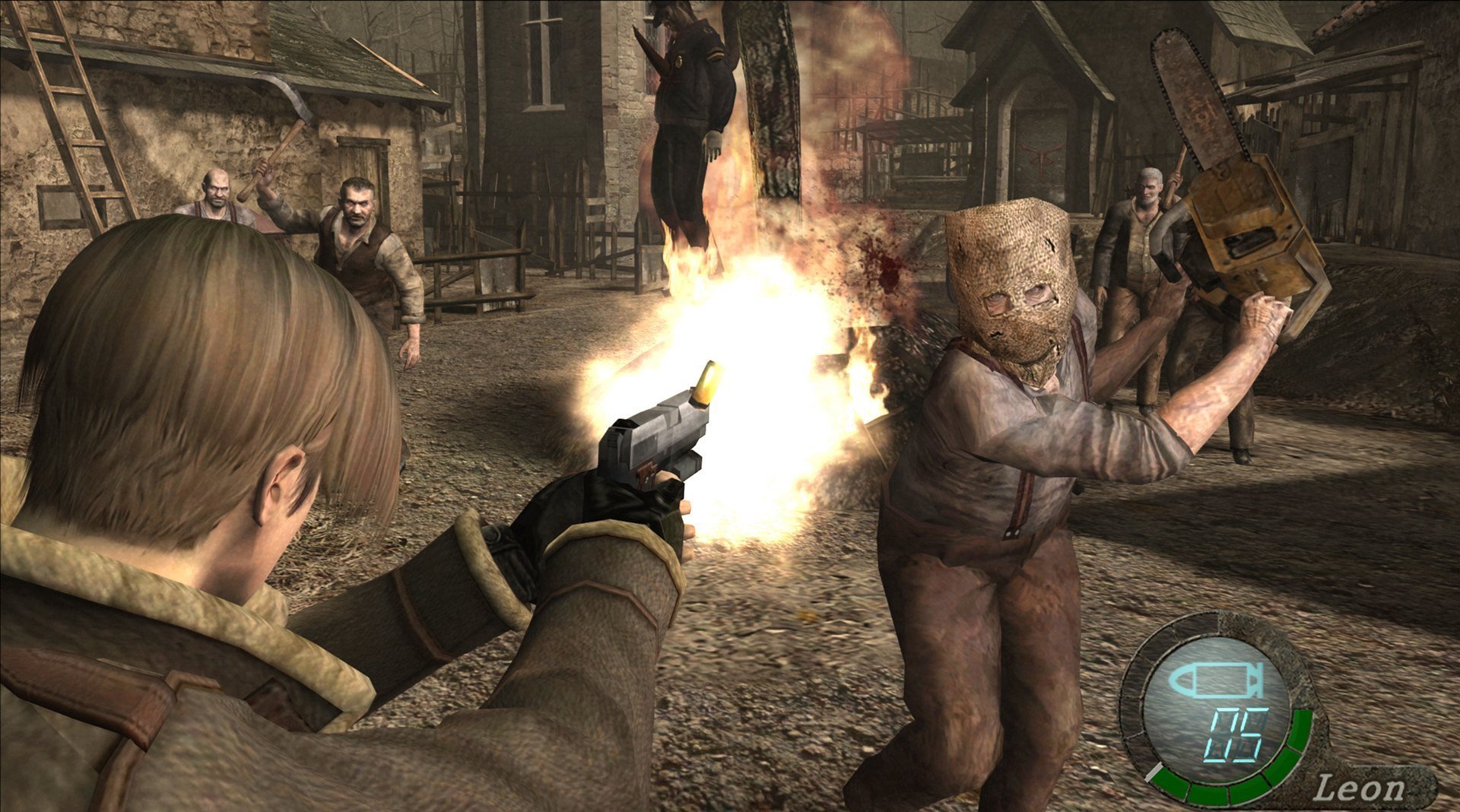 ​
The gameplay of RE4 hasn’t changed in eleven years, and rightfully so; the way this game incorporated the over-the-shoulder perspective into it’s usual third-person action is nothing short of perfect, and has been an incredibly influential feature since its release. The game uses the over the shoulder camera to fix the camera mostly into place, allowing you a little leeway to observe your surroundings on the left and right, but otherwise keeping with the fixed camera that the Resident Evil series has been known for up to this point. This helps to not only keep the game familiar for longtime fans who might be put off by the change in control scheme, but it also keeps in the spirit of the RE series, limiting what you can see on screen at one time in order to heighten the horror aspect.

Resi 4 places a heavier emphasis on combat than previous titles did, which makes it a welcome change of pace from other Resident Evil games, and a great jumping-in point for anyone not concerned with the lore of the previous entries (which works as this technically starts a new chapter in the series). While distinct, the over the shoulder camera makes it feel familiar enough to allow a new player to jump in. The shooting mechanics are really solid and satisfying, though some might be disappointed at the fact that you can’t run and shoot; you must stay stationary to fight in this game. Aiming isn’t done with a centered crosshair like in other shooters, RE4 gives you a red lazer-light for aiming. While adding an element of realism to the combat, this does make shooting difficult at times, but it’s an easy learning curve to get through.

​
Graphically, RE4 just looks better. The biggest selling point of these remastered ports is without a doubt the updated graphics they offer fans of the original game, and RE4 fits the bill. Compared to the earliest versions of the game, the textures are much more detailed and the world just looks and feels much darker and more eerie, this IS a survival horror game after all. Leon looks as great as he always has, the Ganados look more terrifying than ever, and the entire game just looks amazing; it very clearly isn’t a “next gen” title, and it still may look dated compared to some newer games, but honestly, I don’t find myself minding that at all as I play.

After you complete the game once, you unlock three different game modes; The Mercenaries, Separate Ways, and a harder difficulty called Professional Mode. The Mercenaries, is a basic timed “firefight” minigame where you fight through hordes of enemy Ganados, running against the clock to set a high score. It’s pretty basic and doesn’t offer any benefits for the main game, but it’s a fun time waster and good way to practice combat before Professional mode.

Separate Ways is an expansion to the games story, and likely the first thing most players will go to after beating the game. In Separate Ways, you play as Ada Wong, a popular Resident Evil side-character who is encountered about halfway through the main game. Throughout the game she secretly assists Leon in his goals while furthering her own, and in Separate Ways we see Ada do just that. Upon completing Separate Ways, the player is rewarded with one of the most powerful weapons in the game, the Chicago Typewriter. The Typewriter isn’t the savepoint in this instance though, it’s a submachine gun harkening back to the days of mafia and gangsters in Chicago. The Typewriter doesn’t require ammo and doesn’t need to be reloaded, making it an invaluable tool for future playthroughs of the main story.

​
And then there’s Professional Mode. As the name implies, Professional Mode is a version of the main story with the difficulty completely maxed out, less drops for ammo and pestas (this game’s currency), and far more tenacious Ganados after you throughout the game. This is the toughest challenge available in the game, and your reward for beating it is a Rocket Launcher that never runs out of ammo, an incredible reward for defeating the toughest difficulty the game can offer. The Chicago Typewriter can’t be use in pro-mode until you’ve already beaten it, however, which assists in keeping the difficulty as hard as intended.

For the collectors interested in achievements/trophies, I’m sad to say that, like the PS3 and Xbox 360 versions, this game has only 12 achievements or trophies, and 75% of these can be popped just by beating the main game once. There are no trophies for hitting different milestones in Mercenaries, getting all hidden treasure items, shooting all blue medallions, or anything the game has to offer; the closest it comes to is an trophy for collecting all bottlecaps, which you get by hitting certain scores in the shooting range minigame. This is one of my only disappointments in the game, as it diminishes replay-ability more than it needed to. With how much this game has to offer, there are many more trophies it could've rewarded us with for buying this game for the umpteenth time.
Verdict
TheKawaiiDesu, endoverend, Boogieboo6 and 2 others like this.
Like this review