Log in Register
Menu
Install the app
You are using an out of date browser. It may not display this or other websites correctly.
You should upgrade or use an alternative browser.
User Review Xbox One Updated 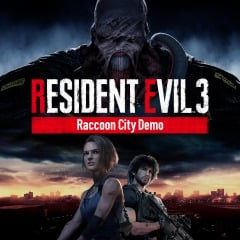 Single player
Local Multiplayer
Online Multiplayer
Co-operative
It’s no secret that I’m a big fan of the Resident Evil franchise. I’ve been playing since Resident Evil 4 on the GameCube, and very quickly developed a love for the entire series. So naturally, I’m stoked for the Resident Evil 3 remake to come out, especially with how good the RE2 remake turned out. How does this demo do as a gateway into the full game? Let’s dive in!
CLASSIC HORROR REIMAGINED: STORY AND ENVIRONMENT

The story of Resident Evil 3, or RE3, is very much the same as the original Resident Evil 3: Nemesis, which I’ll be referring to simply as Nemesis, with one small but important change; based on the plot synopsis, this game will be taking place concurrently with the Resident Evil 2 remake, as opposed to 24 hours prior to that games events like Nemesis was. While this change likely won’t make too much of a difference, it is an important change to note. Regardless, it appears that the story will still follow Jill Valentine as she tries to escape Racoon City, and help S.T.A.R.S. uncover the truth of the outbreak along the way. 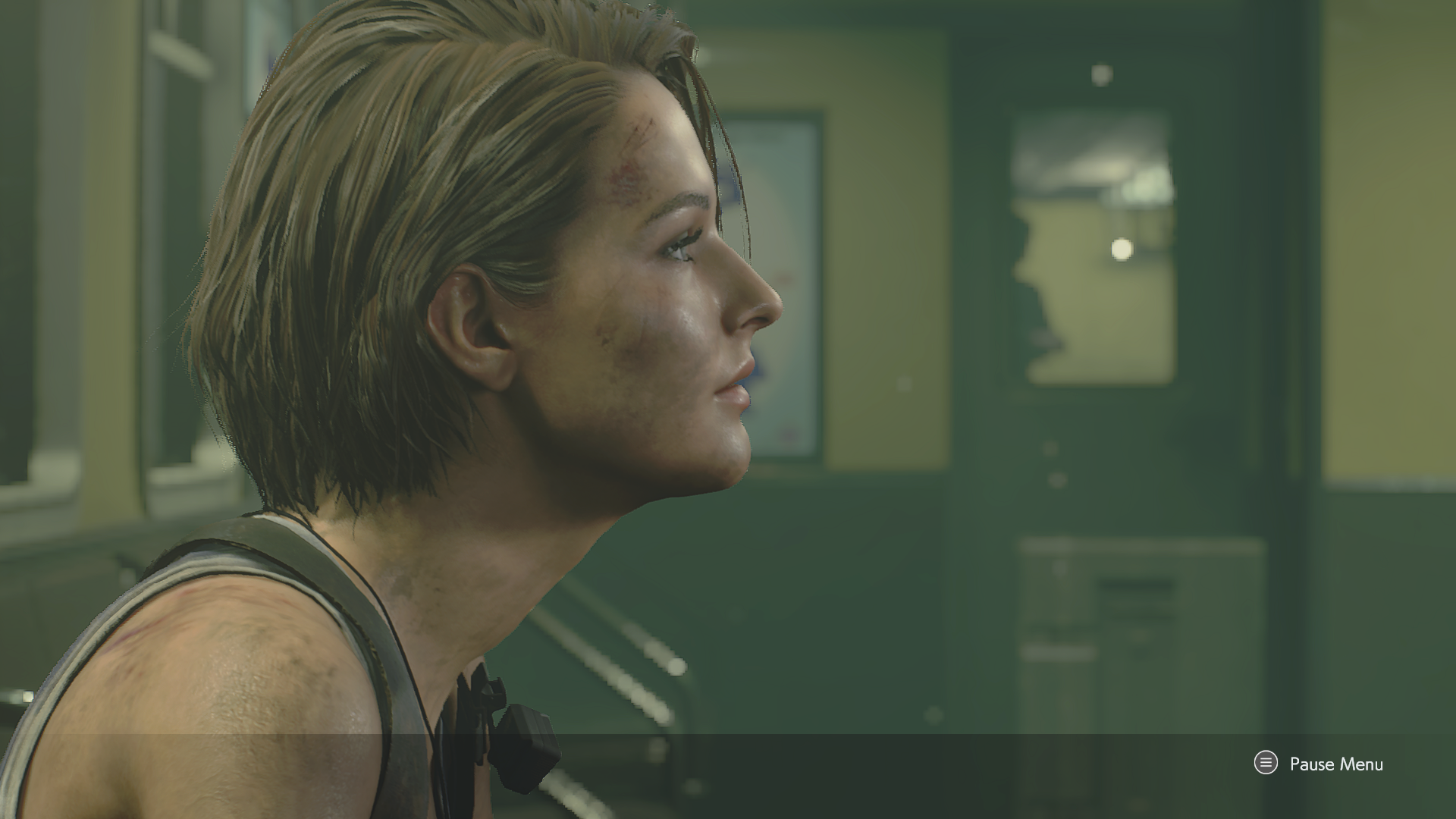 ​
Something that’s immediately noticeable in this game is just how good the characters and environment look. Much like the Resident Evil 2 remake, RE3 looks stunning. The characters all have good looking, well polished designs that show the trauma of the events they’ve experienced physically. The environment, meanwhile, is perfectly apocalyptic. There’s literal chaos in the streets, adding a sense of anxiety and urgency to everything you do. While you explore the city, you’re surrounded by fire, destruction, and obviously, zombies. 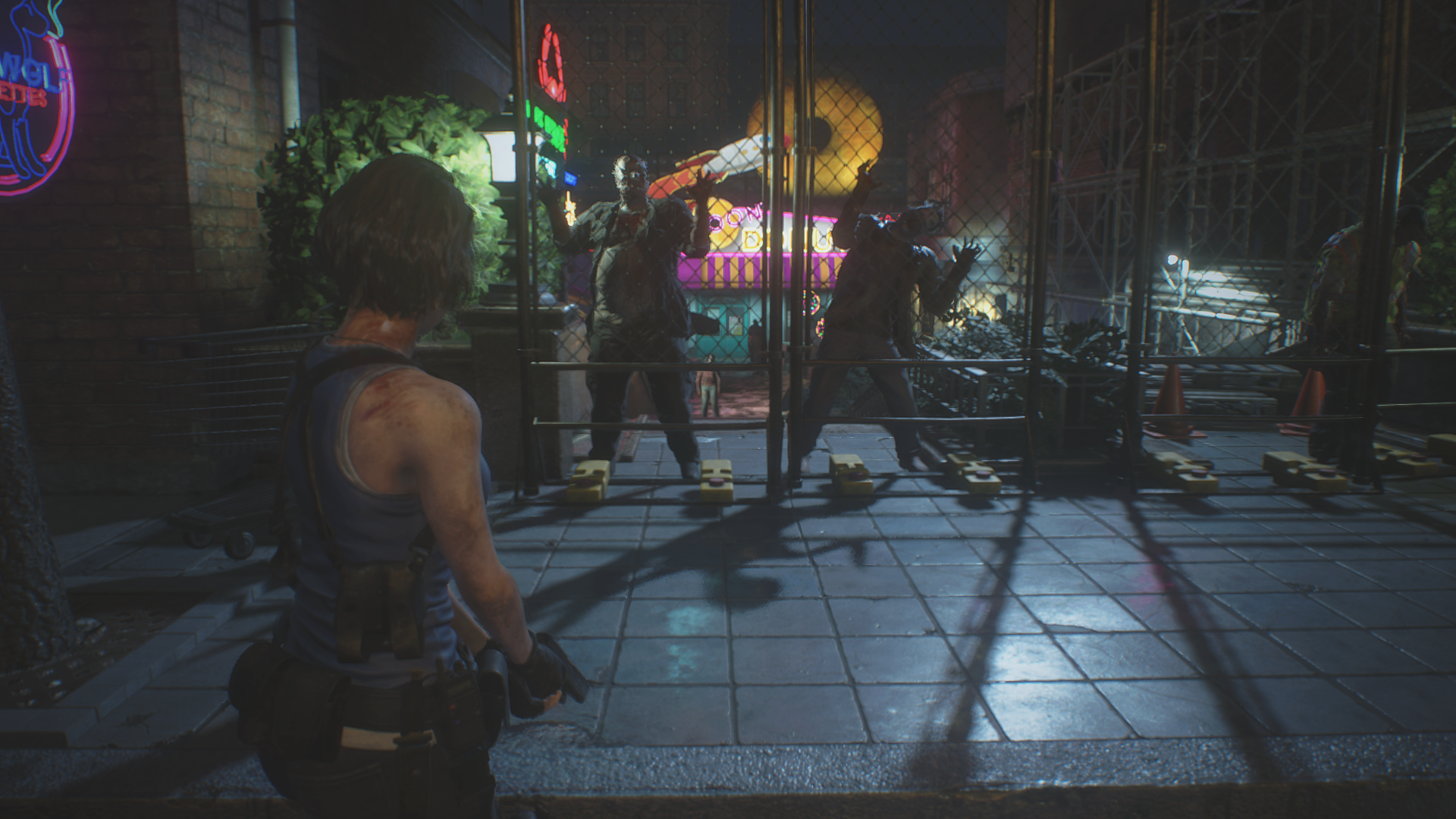 ​
For horror, this is perfect for setting the scene. It’s not the isolated mansion in the mountains, a la the original Resident Evil, but being alone in this environment keeps that feeling of isolation, even in the big city. From a technical standpoint, the game does a great job using dynamic lighting to keep the environments ever changing, mysterious, and at times terrifying. 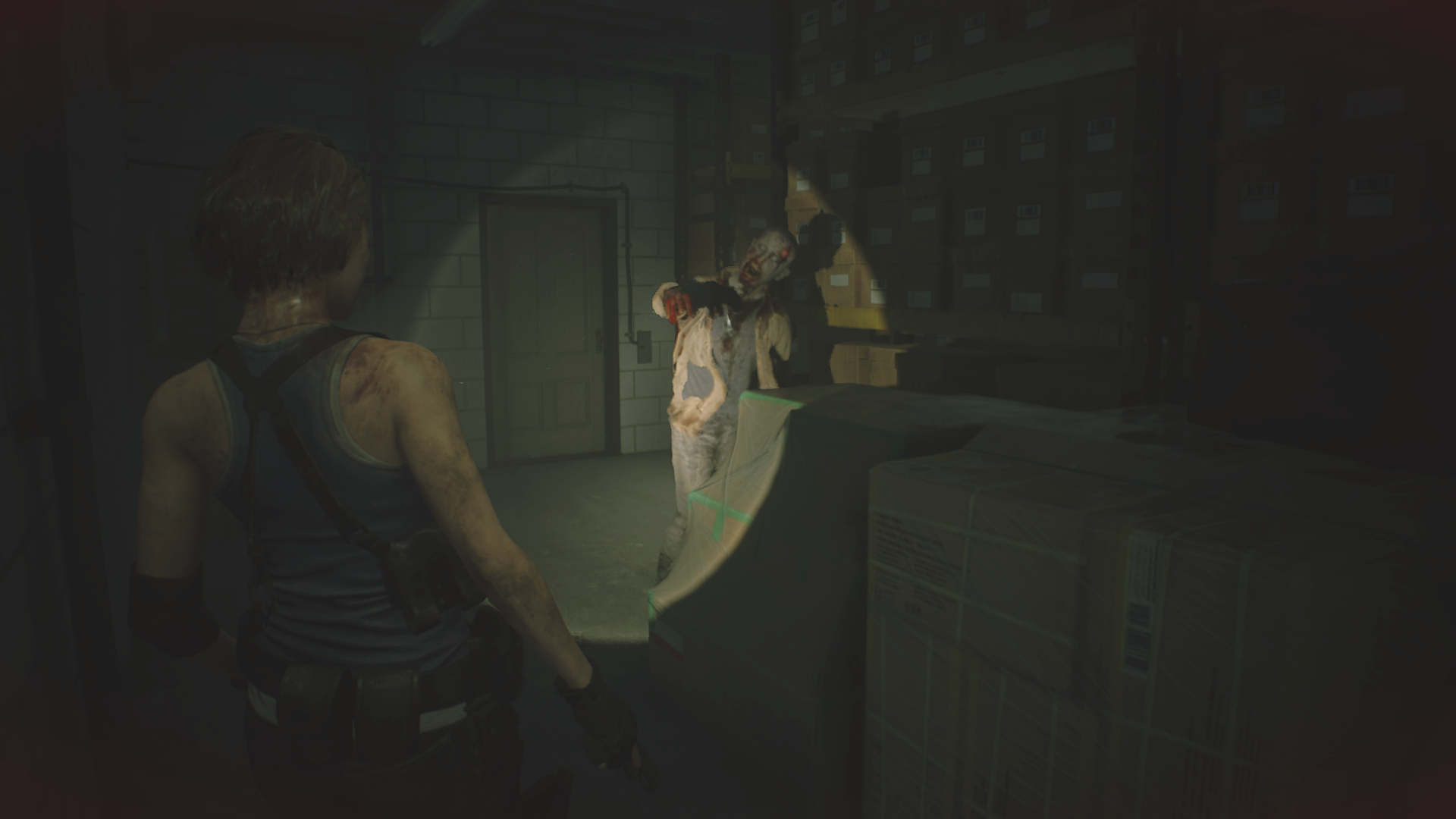 ​
Some things may look familiar, and that’s because this game is built off of the same engine as Resident Evil 7 and the Resident Evil 2 remake. The similarities are especially apparent between RE3 and RE2, as the two games share a location and timeline. Assets are reused, of course, but they never feel distracting or out of place. Especially when compared to RE7, it appears that Capcom has taken the engine and refined wonderfully. 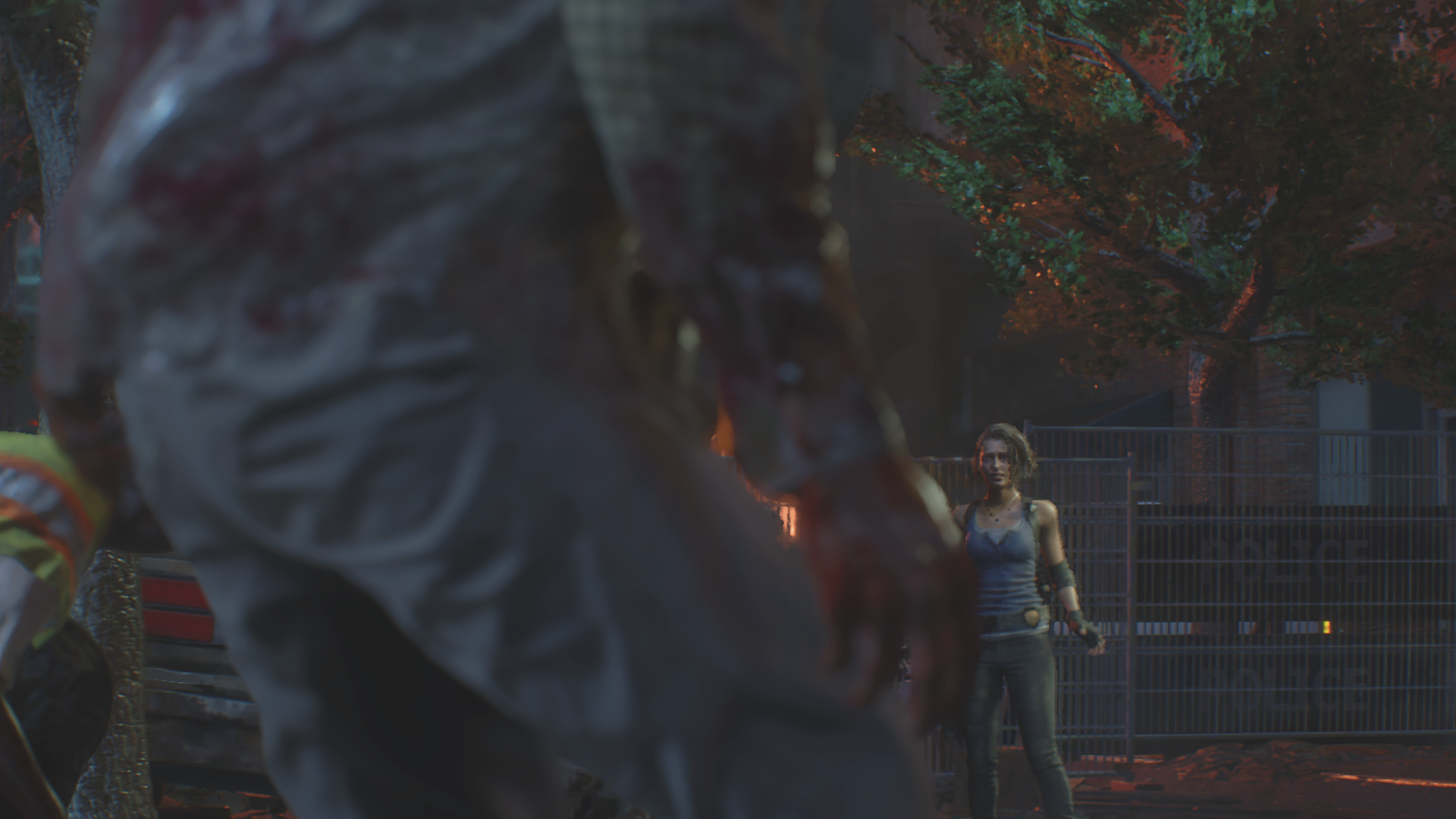 Speaking of things being familiar, let’s talk about combat. Given that it shares an engine with RE2, there’s not a lot that’s different here. The game follows the “new normal” for Resident Evil; a third person view, over the shoulder of your character. Combat still transitions naturally while going from free movement to aiming your weapon, and as has been the case since Resident Evil 6, you can now move slowly while aiming. It’s an addition I’m glad has been added since RE4 and RE5, but the movement is still so slow that it’s almost just better to stand still and quickly take aim. It’s not much different from RE2, but it’s still a vast improvement over the tank controls of the original Resident Evil trilogy. 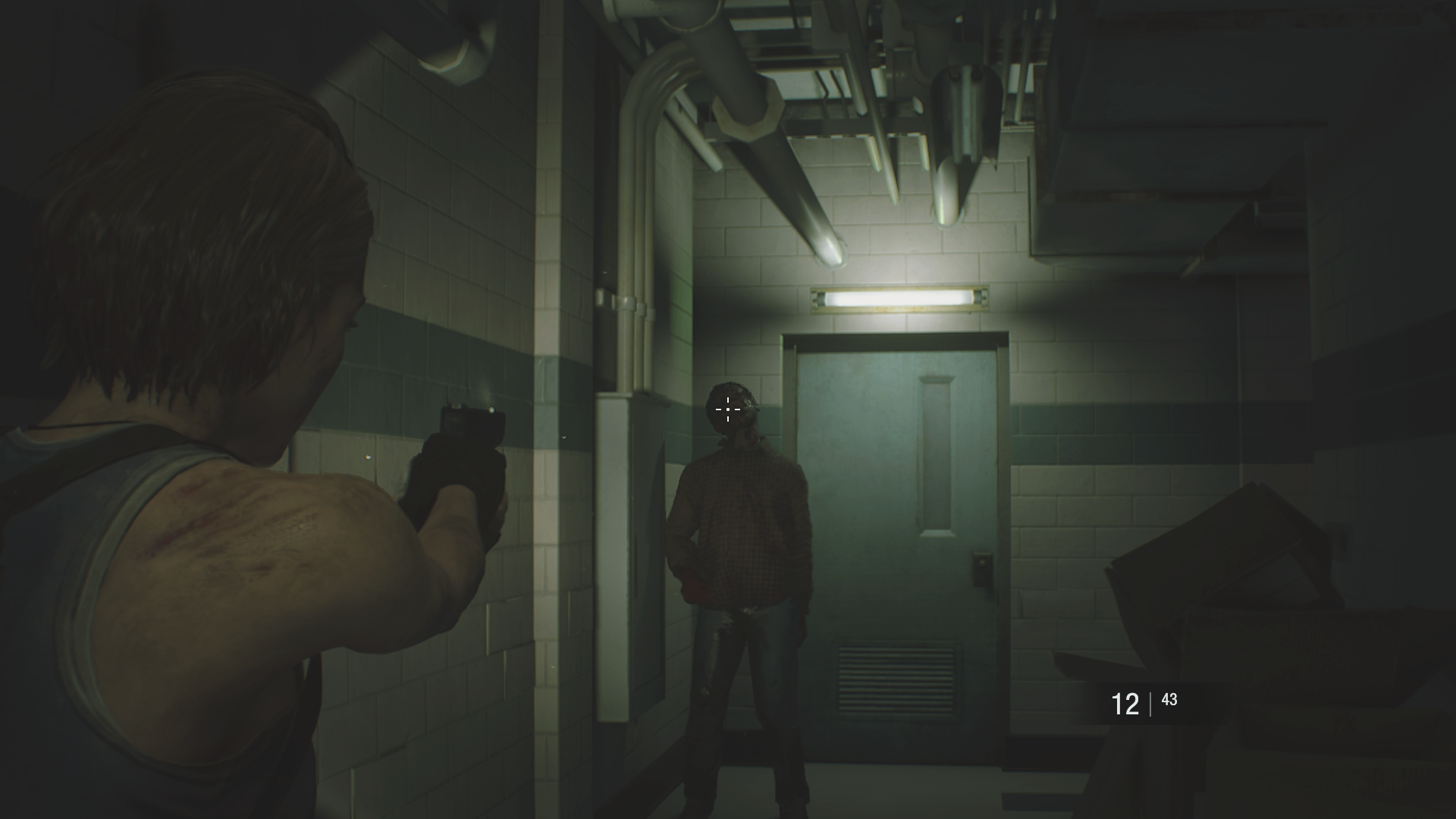 ​
Now, onto the star of the show; Nemesis himself. Much like the original game, Nemesis is here to make things much more difficult for Jill. The first, and only, time we run into him in this demo is at the end, during the final stretch to the finish. Much like the original Nemesis, the titular character shows up to add an unexpected, anxiety filled encounter just when you think things are going too well. In the original, half of the horror of Nemesis comes from how freely he moves while you’re limited to the tank controls. In this demo, he moves much quicker than any zombie you see in the field, making you have to change strategy entirely to fight him. He hits harder, moves faster, and completely dominates the battlefield if you aren’t careful. 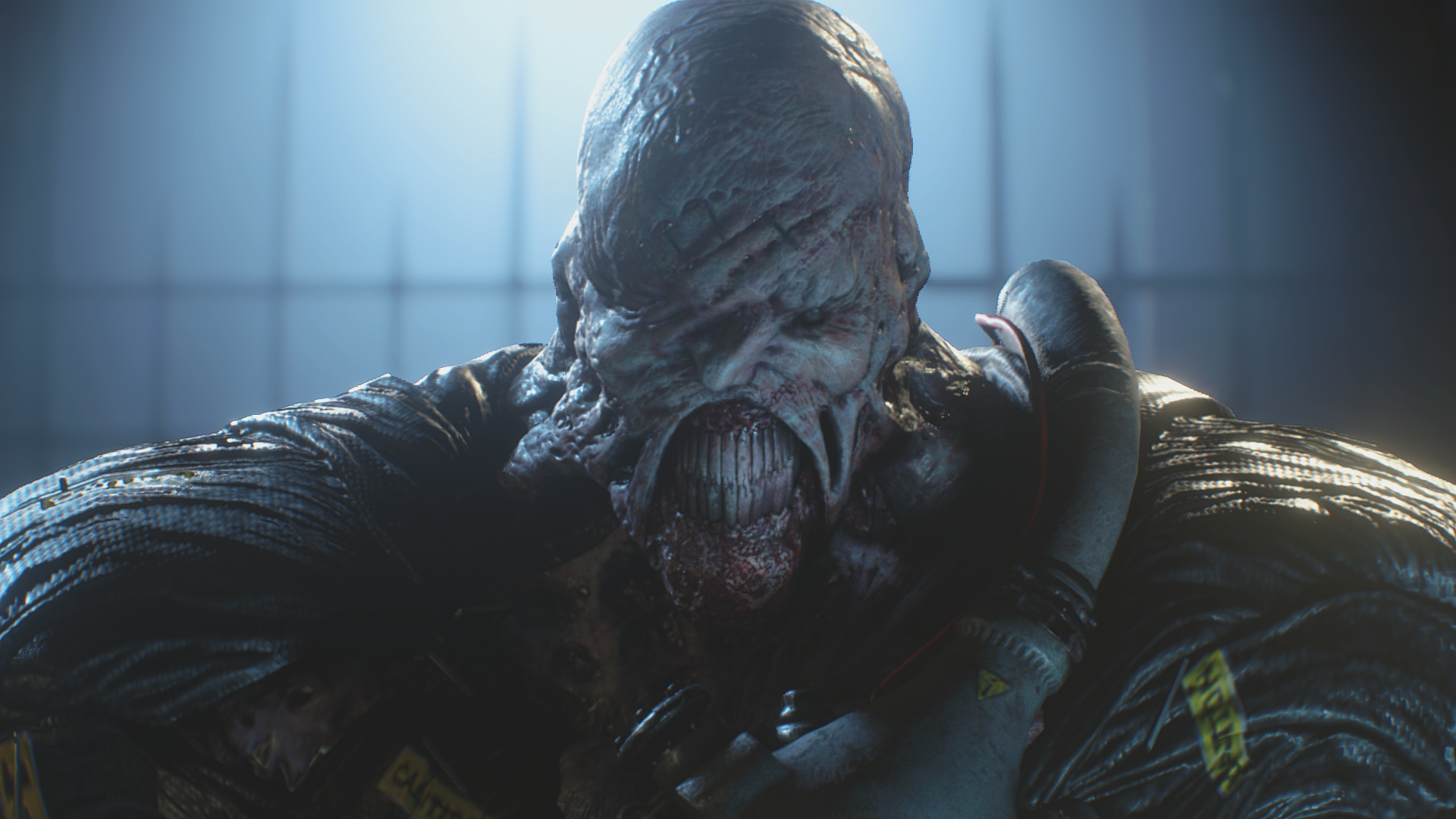 ​
The biggest complaint I have about the demo is that it’s very short. I know it’s meant to be a taste of the full game. But it took me only 25 minutes to complete the whole thing, and that was with exploration, looking for secrets, and taking screenshots. On top of this, the demo ends very abruptly right in the middle of the only Nemesis encounter, cutting it short right when I was really getting excited. For a demo, this is fine, but I still was left wanting more. 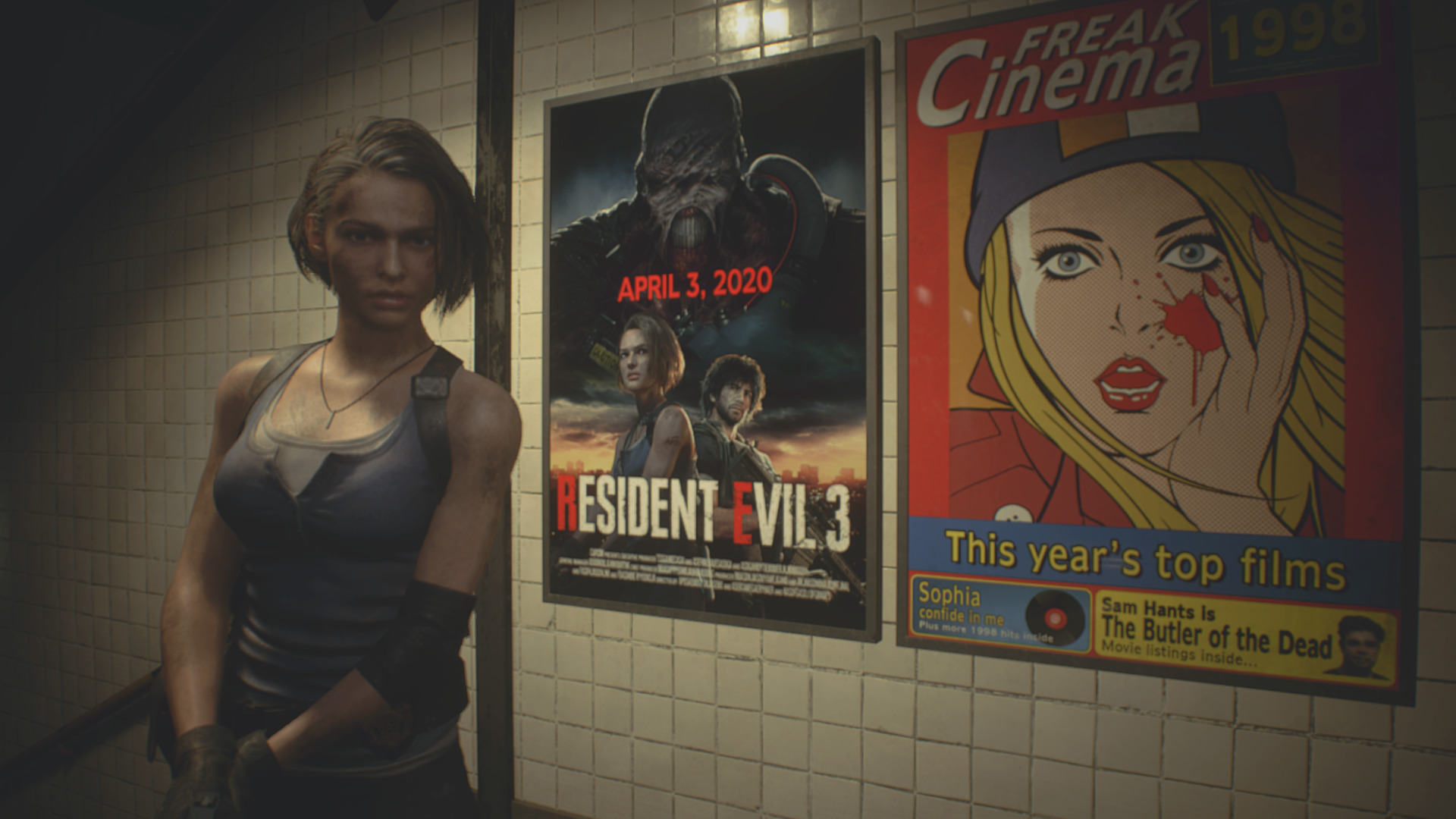 What I Liked ...
What I Didn't Like ...
8
Gameplay
Resident Evil has come a long way since the days of Nemesis, and I couldn't be happier. Everything moves fluidly, combat is fun and intense, and frankly it's a breath of fresh air to experience RE3 without tank controls.
9
Presentation
The demo looked great. From the dynamic lighting to the chaotic city, everything just looks good. Familiar, but good.
-
Lasting Appeal
This 0 is essentially an N/A. As this is a demo, it's not meant for lasting appeal. It's meant to give you a taste of what the full game will have to offer, and get you excited/make you want to buy the full game. In that, this demo succeeds tremendously.
9
out of 10

As a demo, Resident Evil 3: Raccoon City does exactly what it's meant to; drive excitement for the full game. From the small taste we got, it looks promising that this remake will take the great foundation from Nemesis, and update it for the modern gaming age. Resident Evil 3 releases on April 3rd, 2020, and I for one cannot wait!
Reactions: HylianBran, Alexander1970, T-hug and 1 other person
Share:
Facebook Twitter Reddit Pinterest Tumblr WhatsApp Email Share Link
Thank you for your Review.

I have played it through a Moment ago and was very impressed.
They really managed the "transistion" from Part 2 to 3.

In the Context form Part 2 and 3 - yes of course.Resident Evil 3 plays also in the Police Station.So yes,it looks very familiar.
And for me personal,thank God no 3rd Person.

Nemesis - very hard to tell after the "short" Appearance....he is impressive (I am actual not sure of his "blowing or casting" Thing but it seems ok).It is a little like with Mister X in Resident Evil 2.Hate him or like him.

Because I have not played the Resident Evil Games in a long Time but the Zombies are really hard and persistent....

So I would now like to say that I am looking forward to April 3rd.

alexander1970 said:
Thank you for your Review.

I have played it through a Moment ago and was very impressed.
They really managed the "transistion" from Part 2 to 3.

In the Context form Part 2 and 3 - yes of course.Resident Evil 3 plays also in the Police Station.So yes,it looks very familiar.
And for me personal,thank God no 3rd Person.

Nemesis - very hard to tell after the "short" Appearance....he is impressive (I am actual not sure of his "blowing or casting" Thing but it seems ok).It is a little like with Mister X in Resident Evil 2.Hate him or like him.

Because I have not played the Resident Evil Games in a long Time but the Zombies are really hard and persistent....

So I would now like to say that I am looking forward to April 3rd.

I'm glad you like it! Looking familiar wasn't a surprise, even the original RE3 reused those assets from RE2, given that they cover the same time and place in the story. Definitely not a complaint, but felt it worth noting because I'm sure some players will complain that "It's just a reskinned RE2."

Nemesis, personally, I loved. I may change my tune after playing the full game, but to me they perfectly captured the same experience of his appearance in the original games, while updating it for the new gameplay.
Reactions: Alexander1970
You can read on Steam about what "People" are complain about...."
Reactions: RyRyIV
Great review! It's nice to see other user reviews on GBATemp.
Reactions: Alexander1970 and RyRyIV

HylianBran said:
Great review! It's nice to see other user reviews on GBATemp.
Click to expand...

Thank you! So stoked for the full game
Reactions: Alexander1970 and HylianBran

@ Dark_Phoras: It marks the death of Shmi, Anakin's mother 35 minutes ago
Chat 0