Resident Evil 0 HD Remaster is the latest of Capcom's remasters. This is the first game chronologically, so this is where you should start if you are thinking about getting into the series. But is it even worth it to start? Let’s find out!

Welcome to 2016 guys!  Capcom would like to welcome us with a remake of the 2002 game, Resident Evil 0.  For those who have never played a Resident Evil game, don’t fret!  This is the first game chronologically, so this is where you should start if you are thinking about getting into the series.  Let's jump right in, shall we?

The Horror!  The Campy Horror!

Let me preface this by saying that Resident Evil 0 is a very fun survival/horror game that’s complete with zombies, mutants, puzzles, items to collect, and more.  This time around you play as two characters, Rebecca Chambers and Billy Coen.  Rebecca, a female S.T.A.R.S agent separated from her team and Billy, a prisoner sentenced to death for the murder of 23 people.  The story does an excellent job of convincing the player to care about both of these characters, even if they are hesitant to at first. 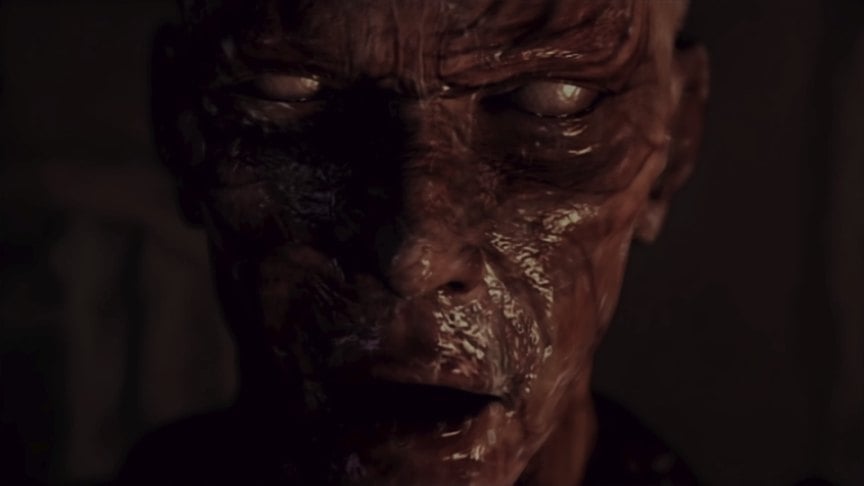 The game is played in third-person which allows the player to observe their surroundings.  Unfortunately, the characters move pretty slowly which makes the latter parts of the game difficult as the enemies become faster and smarter.  This is certainly one of the hardest Resident Evil games out there, especially on the aptly named “Hard” mode where ammunition is extremely rare and the protagonists die very easily.  However, the Easy mode isn’t too bad for beginners to the series.  I had a lot of trouble starting on Hard from the get-go, but it’s certainly possible.

Trophy hunters looking for an easy platinum trophy or a 1000/1000 gamerscore should look elsewhere because this game will take several playthroughs to complete it- including a speedrun of less than 3:30:00 and a run without saving.  It’s all possible, but very time consuming and difficult if you aren’t an expert at the game.

Being able to switch between the two characters at any time is an interesting mechanic and works very well within the context of the game.  You have to make sure that each character is given enough ammunition and items to keep them safe as you often have to split up to solve various puzzles.  Each character has its pros and cons.  Through trial and error, you’ll learn what has to be done to excel in any given situation.  That said, the puzzles can be almost as tough as the enemies.  Especially playing through the Hard difficulty where you want to run more than you want to shoot, having to run back and forth through rooms looking for what to do can be the difference between life and death.  Saves are limited to how many ink ribbons you can find scattered throughout the game, so you have to use them sparingly and play smart.  Many players will probably end up resorting to walkthroughs in order to make it through the game.  While that's perfectly acceptable, some may find it unpleasant having to resort to outside help. 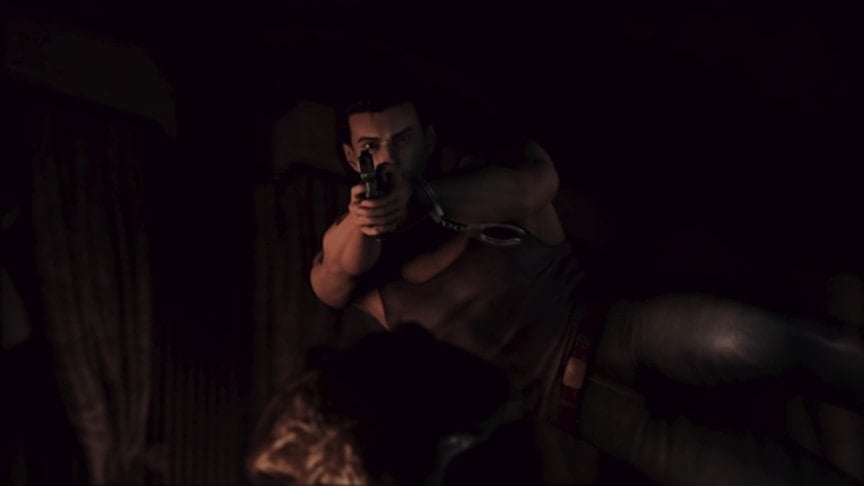 There are some aspects of this game that bug me (and I'm not just talking about the giant bugs).  Inventory is very limited in this game, so the players will find themselves dropping items fairly regularly.  While it adds a sense of realism to the game, it can be a hassle having to remember where you dropped everything.  What's worse is that picking up items can be downright infuriating.  It is a little hard to explain but you have to be essentially right on top of an object in order to pick it up, and even then the game is very picky about letting you do it.  It is almost as if it was designed to drive players crazy.  How are we supposed to dodge zombies if it takes 10 seconds to get in the exact right position to pick up some ammo?

The last major issue that annoys me is that the camera cannot be controlled by the player.  There are many times where I am controlling Billy or Rebecca and I'm shooting at a zombie that the character can see, but I'm not allowed to see.  If there was simply a button that allowed the camera to swing behind the player, that would improve the game immensely.  Alas, there are moments where we have to look behind the character as he shoots towards the screen at a zombie that we can't see.

This game looks so prett—OMYGODWHATSTHAT?

The graphics of the game are actually pretty impressive, especially when compared to similar remakes.  It obviously pales in comparison to the likes of The Order 1886 and Until Dawn, but they are still immersive.  If you never played the original game and therefore don't know what to expect, you will get startled.  The weak of heart may even cry.  If a cat is in the room, it’ll run away.  For the full experience you should play at night… with headphones.  The audio will give you chills.  The music is fast paced in intense situations and you can hear your enemies sneaking up on you.  The moans…  I don’t think I’ll ever be able to get the moans out of my head.  However the scariest moments can sometimes greet you with… Silence.  Always stay on your toes.

After you beat the game however, successive playthroughs are far less scary.  Players may opt to play the game several more times to get every trophy or achievement.  It can actually be more fun trying to speedrun the game than playing it by itself, as it's possible to beat it all within a few hours if you know what to do.  For both current Resident Evil fans and newcomers alike, I recommend this remaster at a reasonable price point.  The failures of this game are outweighed by its strengths and it all comes together to create an exciting experience for the player.