Can Razer's Kishi controller bring quality and precision to the world of mobile gaming?

As mobile devices become more powerful, phones become an increasingly more competent platform to game on. Whether it's something simple, a port of a console release, or emulation, there are plenty of games to be played on Android. Which begs the question, can you play well without a controller? For a lot of gamers, the answer to that is a resounding no; the lack of tactility or physical buttons can make or break gaming experiences, and as a result, gaming companies have come out of the woodwork to offer all sorts of accessories for mobile gaming. Clip-on controller mounts are a popular option, but, with how many have taken to the style of the Nintendo Switch's Joy-Con, it was only a matter of time before there were similar products geared for phones.

Razer is one of such companies to have created a Joy-Con-like controller in the form of the Razer Kishi. It's a small, portable device that stretches to encase your phone, with the left side featuring what you'd expect of any regular controller: an analogue stick on top and d-pad below it, with face buttons and another analogue stick on the right end. They claim that the Kishi will bring a console-quality feel to your mobile games, but does it manage to actually deliver on that promise? 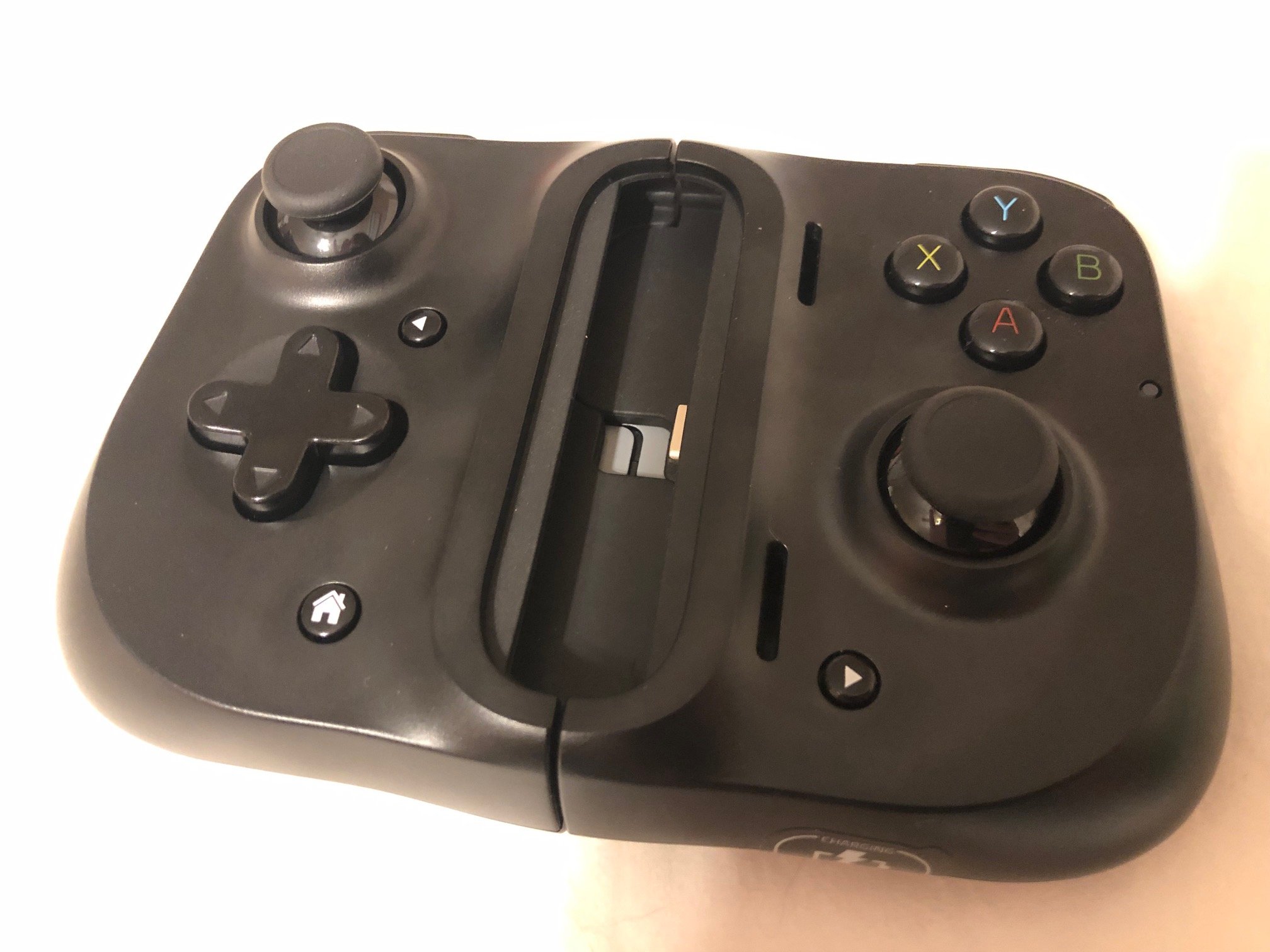 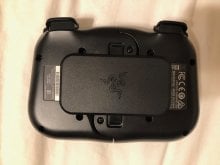 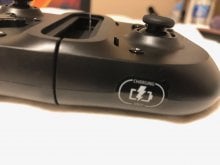 Razer wasn't the only party involved in the creation of the Kishi. Interestingly, if you turn the controller over and look at the stickers on the back, you'll see a curious little bit of information: created in partnership with Gamevice. For those unaware, Gamevice is the company that has been battling it out in court with Nintendo over the patents to the Joy-Con. The feud began in 2018, with Gamevice losing on multiple occasions even still to this day, though they've never given up the fight, repeatedly attempting to prove that they managed to create such a device before Nintendo did, therefore they own the patent to removable mobile device controllers. Those that have ever used a Gamevice device in the past will certainly notice the similarities between the Kishi and their own products, so it seems clear that Gamevice had quite a bit of input on the device, though the Kishi does feel a bit more solid and certainly more competently made.

However, while the Kishi may feel durable, and its portable nature make it very easy to carry, the flaws quickly begin to mount once you actually use the controller a handful of times. In order to secure your phone and keep it safe while you're playing games on it, the Kishi has curved edges to better hold a phone in place. This is a good idea in theory, but since the clamps are rather thin, I'd usually need to take the back case off of my phone each time I wanted to use the controller. Not only that, but the curved edges are actually quite sharp on the ends, and the way they taper inwards makes it easy to catch your phone on the edge and scratch it in its caseless, defenseless state.

Another irksome quality to the Kishi is its d-pad. It's hard to expect to find a good d-pad from a third-party company, but given how large Razer is, and how they've made competent controllers with decent d-pads in the past, the one found on the Kishi is a bit of a disappointment. It's mushy, doesn't give very good feedback, and it also needs a good bit of force to press down--something that both becomes an uncomfortable strain after extended use, and also feels unpleasant. Adding onto the list of grievances are the trigger buttons, which manage to somehow be slippery, scratchy, and stiff, all at once. The material used for the triggers is a slippery, glossy plastic, so you never really have a good grip on them. Even when you do, they have too much resistance, and are scratchy to press. To contrast, the analogue sticks are actually quite nice, almost on par with a regular controller, while everything else, from the shoulder buttons to the face buttons, is within the realm of acceptable. 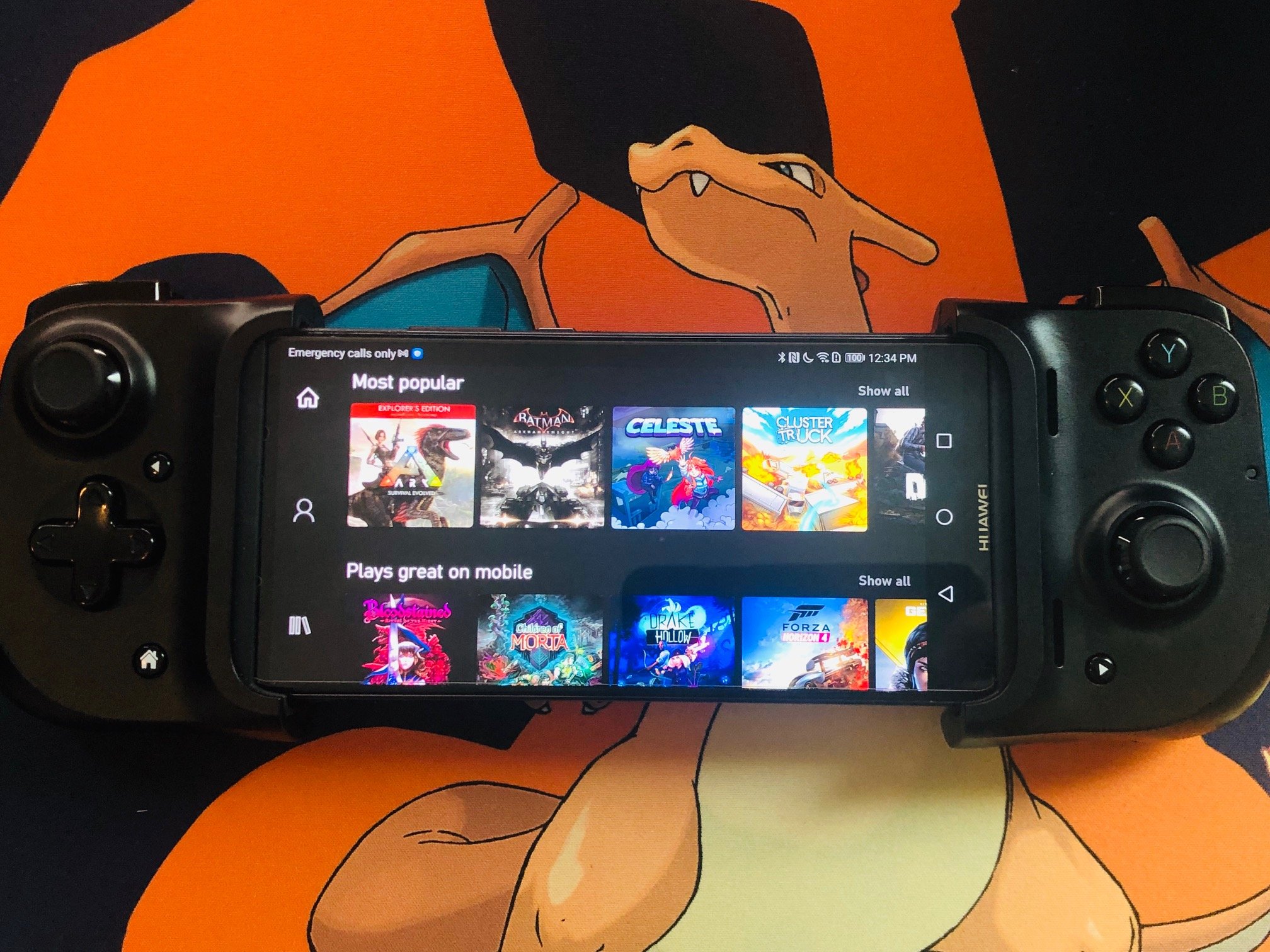 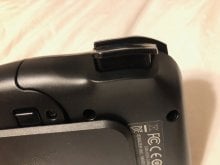 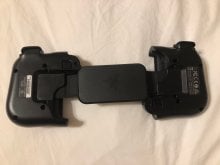 Much like the Gamevice, in order to connect your phone, you stretch the Kishi outwards, and the elastic bands on the back will clamp and secure it. Having the bands on the back be elastic and foldable is a great way to make the Kishi portable, and they seem durable enough that they'll last throughout long term usage. As the Kishi uses USB-C, it isn't wireless, but that also means there's no battery to worry about, or input lag through Bluetooth. There's a USB-C port on the bottom, too, meant to charge your phone if you've got them connected, but don't want to disconnect or you want to plug it in while playing; an appreciated feature. Overall, it adds quite a bit of bulk to your phone, but it's quite comfortable and ergonomic to hold.

Perhaps the most baffling design choice in regards to the Kishi is the fact that the device doesn't work out of the box with Razer Phones. Checking their support page shows that if you want to use the Kishi with Razer's line of phones, you need to order a set of special grips, and while they're free for Razer Phone owners, it's still quite odd to not offer support out of the box for their own branded phone. Other devices that don't fit at all include the Samsung Galaxy Ultra/Note Ultra, Red Magic 5G--any relatively large phone, as the Kishi won't be able to stretch far enough. It's understandable since those phones aren't that common, but it also feels like if the Kishi can stretch to fit phones in the first place, it could easily have a bit more slack. 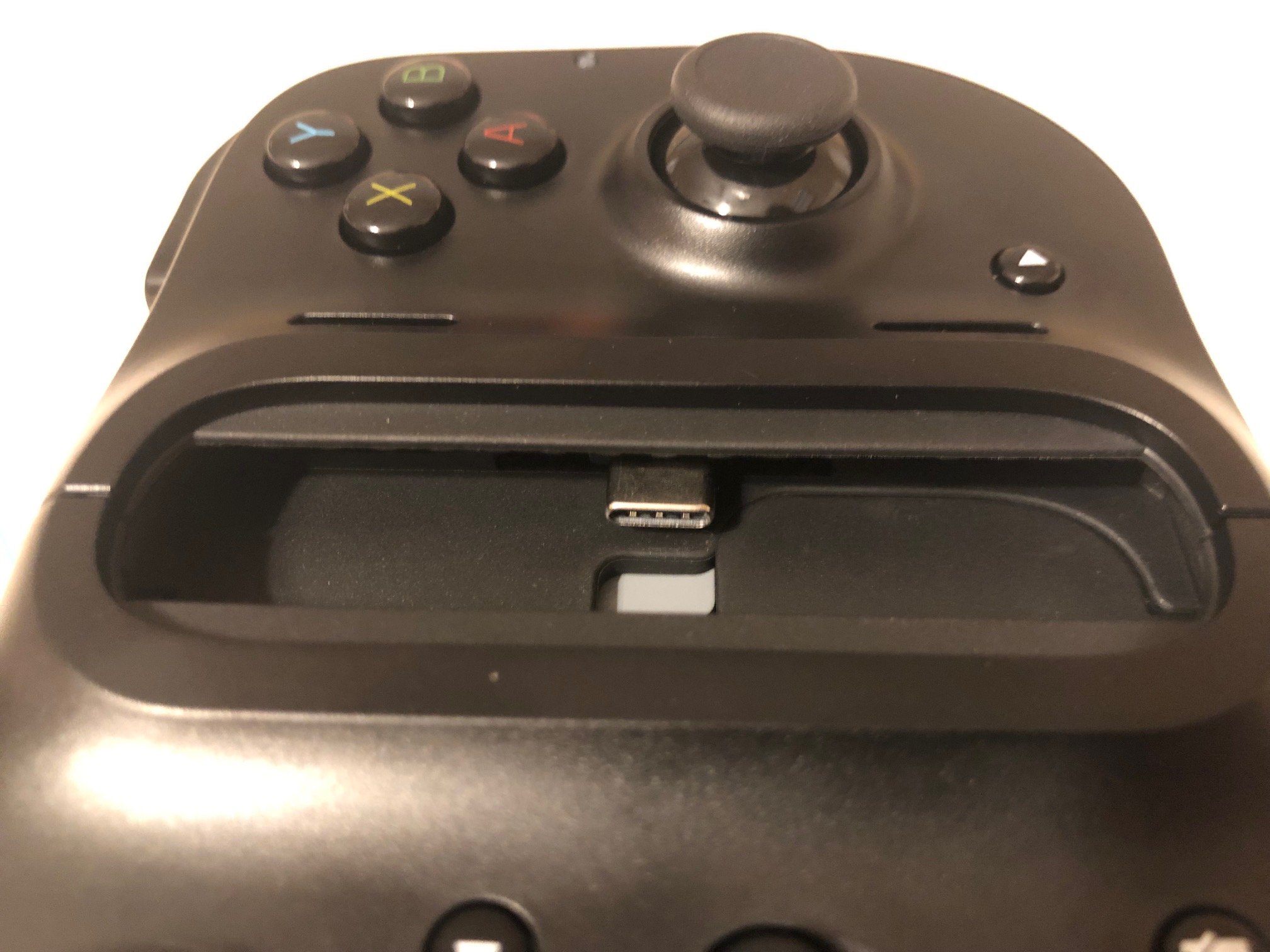 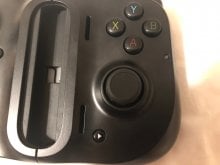 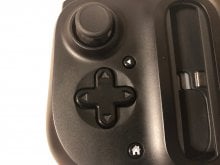 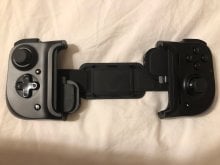 Compatibility with mobile games, emulators, and game streaming is absolutely flawless with the Kishi; there's no annoying fiddling or syncing that you need to do, since the controller connects via USB-C. It works nicely with Xbox Game Pass--especially since it was designed for use with that app specifically. Gaming experiences are pretty great, honestly, once you've gotten your phone slotted in, and you're not playing anything that requires significant d-pad usage.

Razer almost nailed it, when it comes to the Kishi. It's so close to being something that would work perfectly for serious phone gaming, but with a mushy d-pad, concerningly sharp clamps, and size problems for larger phones, the Kishi is hard to recommend to anyone looking for something reliable to game on. If they could improve the d-pad and figure out a better solution for holding your phone in place, the Kishi would be the best mobile controller out there, but for now, that top spot is still waiting to be claimed. 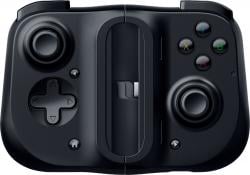