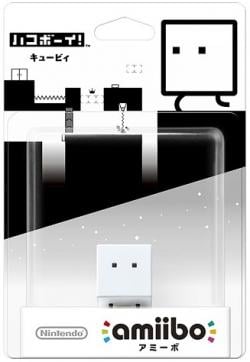 There are 193 amiibo in the collection so far, but which is the rarest or most bizarre?

When amiibo first landed we were treated to a plethora of snazzily posed recognisable characters. As time went on other companies wanted to see their lovable gaming heroes immortalised in plastic, and we have seen such IPs as Shovel Knight, Dark Souls and even Diablo getting in on the act with some small outings for their respective characters, but none has been so obscure, so perfectly equilateral, and so obscenely hard to obtain as HAL Laboratory's Qbby from BoxBoy!

If you asked someone what they loved most about collectable figurines such as Skylanders or amiibo they would probably mention the bright, vibrant colours and striking, dynamic poses of their favourite characters. Imagine then, if you will, that such a figure could exist that was totally devoid of colour and purposefully understated in stature. The Dutch painter and theoretician Piet Mondrian famously pained abstract coloured squares on a canvas and called it art, and Ad Reinhardt took it one step further with his intensely monochrome Abstract Painting No. 5, so why not appreciate Qbby for the minimalist work of art that he is. In contrast to his usual two-dimensional existence, it is wonderful to see Qbby represented in full 3D, as opposed to how Nintendo designed the Mr. Game & Watch amiibo. Though that figurine is 4-in-1 with interchangeable poses that clipped into the NFC base allowing you to alter its look and feel like a true LCD hero. Qbby doesn't need gimmicks; Qbby just stays true to himself.

If you hold Qbby up at the right angle you will see that he is quite literally exuding the third power of geometry. You will also find two little legs tucked away up underneath him. Two small squares depict his eyes, with a furtive, deep in thought, soul searching visage. Maybe it's just a gormless, vacant, yet psychotic, blankness. You decide. According to the developers of the BoxBoy! games, the eyes were only added to give the player a sense of direction, so you could differentiate which way he was facing. Thankfully, on this model, he is eyes front, facing forward and understatedly poised as if he is ready to jump into action. Sitting atop his micro-podium of aptly computative black and white tiles, he looks stunning quite frankly, with an effortless, pure polar-white surface that is completely blemish-free and featureless. He puts me in mind of a young, chiselled, bevelled-edged, un-gnarled, non-battle-hardened baby Tofu from Resident Evil 2. He’s quite simply super cute! I can't say that we have seen much about this character over here in the west, as his popularity doesn't seem to have gripped us yet, which is a shame as the games in which he stars are quite good! Qbby represents a blank canvas, a world of opportunity, and an adorably simple protagonist. 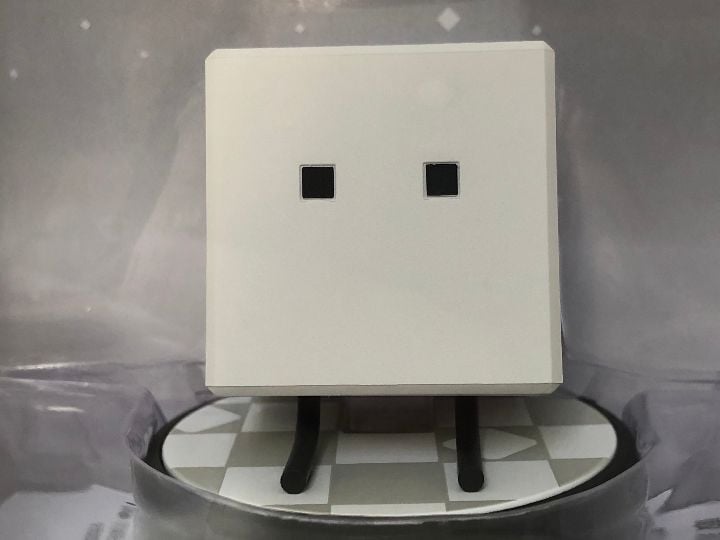 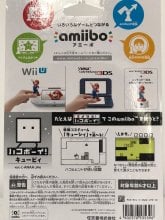 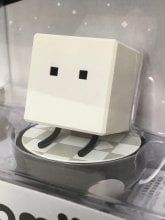 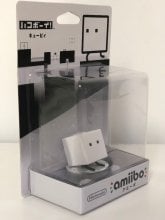 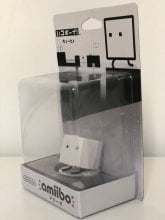 Small but perfectly formed, this little block sits firmly at the top of my rarity list, alongside both the shiny gold Mega Man amiibo, cheeky little Navirou from Monster Hunter Stories, and the super-soft Mega Yarn Yoshi. I had hoped that with BoyBoy! + BoxGirl! coming out on the Nintendo Switch, that there would be an opportunity for more amiibo to add to the collection, but alas Nintendo left us high and dry.

Qbby was one I wanted for my collection long before his value hit the blistering heights of £170 on eBay. When I picked him up at the time of release I could never have imagined how rare he would be just three years on. Friends of mine wish they had taken the leap and bagged one of these Japan-exclusive amiibo, and I'm certainly glad I did because as a collector he is a little unassuming needle in the amiibo haystack. I will never unbox him, I don't have the heart to, but you may one day, in the distant future, see me on the Antiques Roadshow with my complete mint-in-box haul, and the auctioneers telling me my plastic collection is worth several million pounds, to which I turn around to my wife and say "I knew it, let's retire to the Bahamas."