Powercast brings wireless charging tech to the Nintendo Switch with its dedicated grip for the Joy-Cons. Is this your next Switch accessory?

When adopting technology, one comes to expect a jungle of tangled knots but with wireless technology, this is a thing of the past; even in gaming. We’ve grown accustomed to wireless controllers that pair over Bluetooth to our PCs or consoles but even these require a wired connection to charge when your battery dies out (or at least a change of AA batteries). However, within the realm of wireless technology lies wireless charging which has not been as popular as wireless controllers in gaming.

Powecast aims to make wireless charging more mainstream in gaming and its latest product, the Wireless Charging Grip, is its statement in that regard. The company even claims it to be "the first gaming product that charges over the air without wires or charging mats". Given the popularity of the Nintendo Switch and how the console’s ecosystem is fertile ground for third-party accessories, it seems fitting for Powercast’s device to join this family of devices.

At a glance, the Powercast’s Grip could be confused with the original Joy-Con Grip that comes bundled with the Switch. This is due to the fact that they share the same color and form factor. However, upon closer look, the differences are stark. Firstly, Powercast’s Grip is much thicker than the original ones both at the middle portion where the Joy-Cons attach and at the handles. Nevertheless, they share similar comfort when in use; and that’s also where other differences stand out.

I was never a fan of the original Joy-Con Grip from Nintendo. It does not have any rubber padding to make for a more comfortable experience, especially for long gaming sessions. But the same unfortunately holds true for Powercast’s version. In fact, for extended playthroughs, I found it to be quite uncomfortable because the palm grips are fused to the back of the device rather than being separate - like with the original grips - and allow you to comfortably wrap your fingers around. As a third-party device that released years after the console released, this hardware could have improved on much-needed aspects; especially when other third-party companies like PowerA have done so already.

Additionally, the build quality of the official grips doesn’t have much to write home about. They feel rather plasticy but compared to the Powercast’s Wireless Charging Grip, the build feels much nicer. That’s because Powercast’s Grips have an even cheaper build quality that gives the device a rather fragile feel. 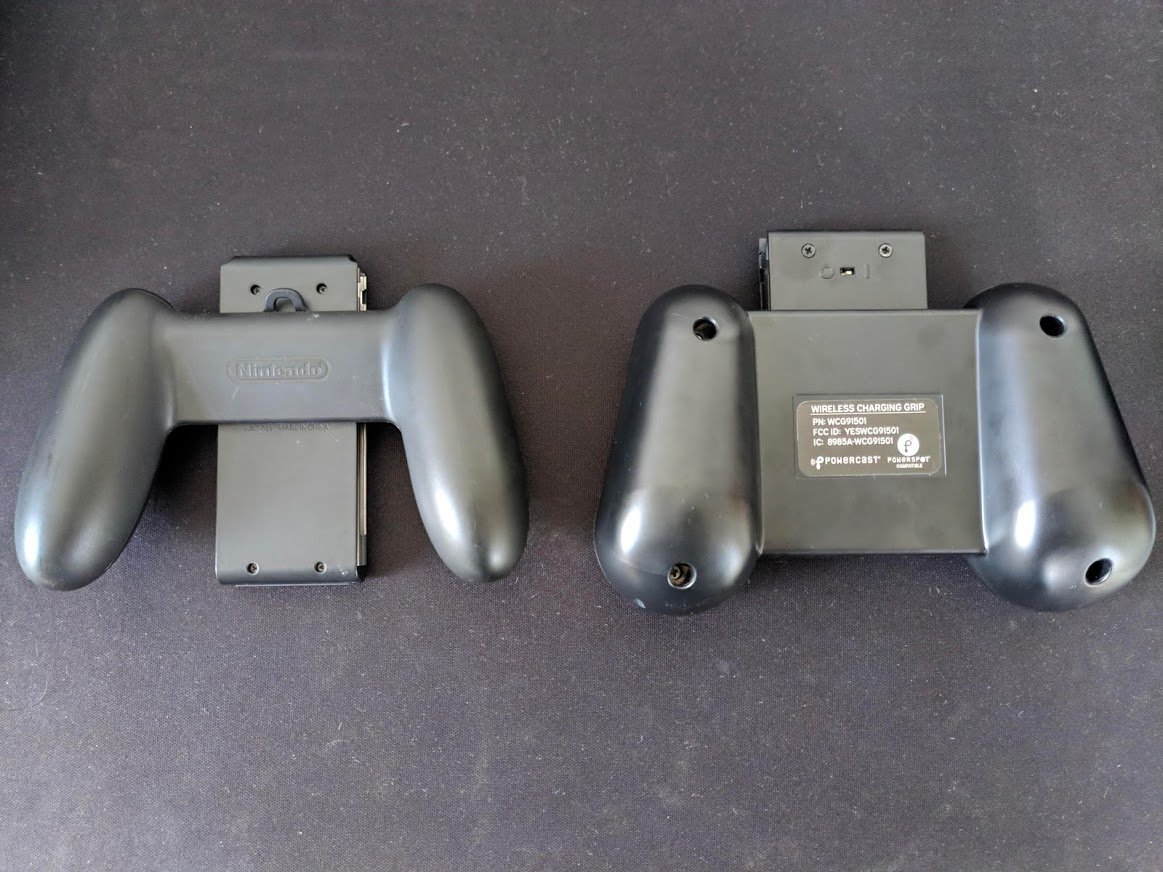 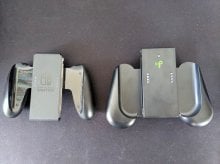 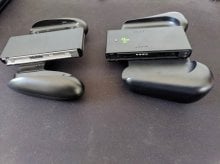 Speaking of feel, the Powercast Grip is twice (if not more) as heavy as the original Grips. And that’s by virtue of the high(er)-tech it packs inside. In addition to the wireless charging tech, the Wireless Charging Grip packs an internal battery of 960mAh. Each Joy-Con has itself a 525mAh battery and adding the Grip’s battery nearly doubles the standby time. For gaming, the Wireless Grip provides about 26 hours of gameplay on one charge.

With its wireless charging ability, it’s easy to forget that this peripheral even needs charging. Just leave the Grip with the Joy-Cons attached within 6 inches of the PowerSpot transmitter between gaming sessions, and it will trickle charge over time (the closer it is, the faster it will charge). The built-in Powerharvester receiver automatically enables over-the-air recharging. The power draw is also very low and will last for a considerable time in standby as well.

I did not encounter any issues with the Powercast Wireless Charging Grip during my testing. All buttons on the Joy-Cons are easily accessible when attached to it and rumbles aren’t hampered. Overall, I would say it gives an experience comparable to the original Grips, albeit the latter being lighter. The wireless charging also functions as expected within range of the transmitter. The handy LED in the middle indicates wireless charging strength and if I need to move the Grip closer to the transmitter. 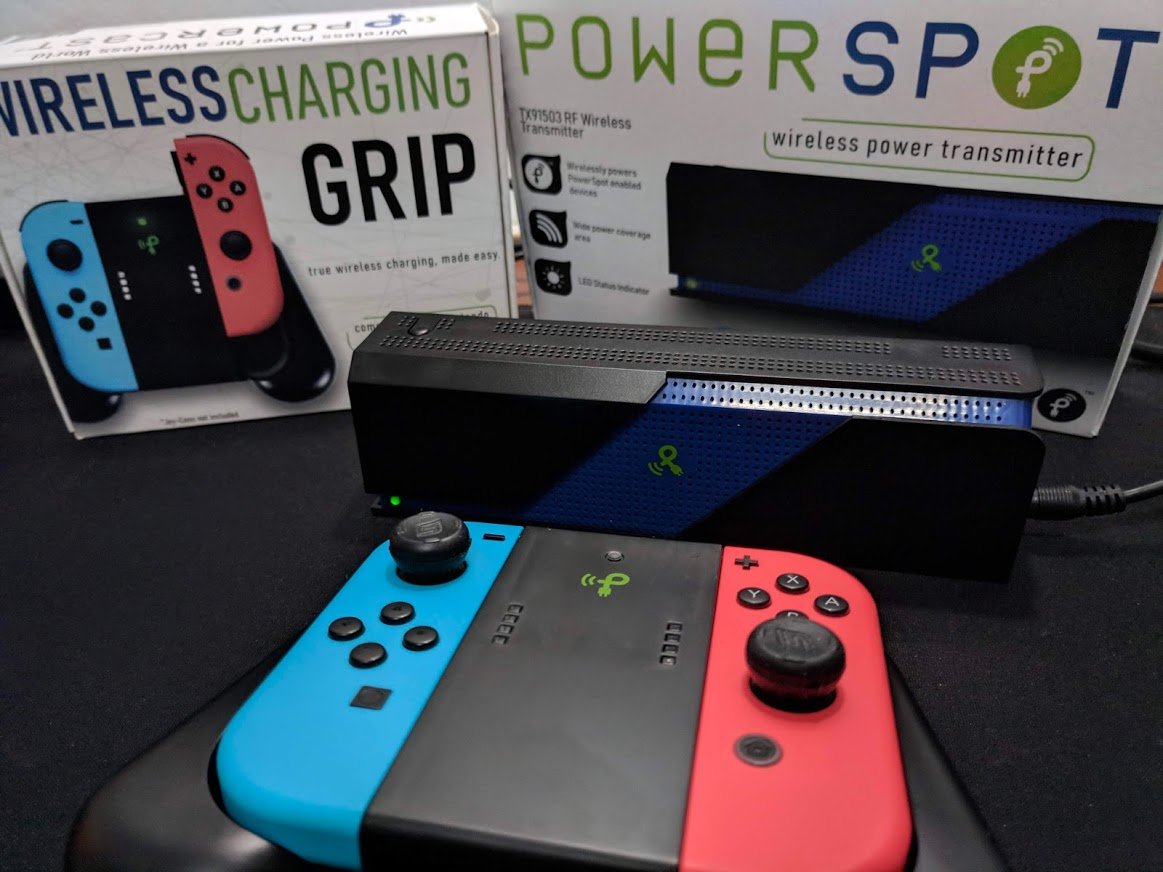 Since the over-the-air wireless charging delivers a trickle charge, Powercast says that it works best by letting it accumulate over time. The company also highlights that it’s not designed to charge from dead to full charge but rather for continual charging. They recommend gamers to leave their Wireless Charging Grip near their PowerSpot transmitter between all gaming sessions so as to accumulate charge. Should the Grip and connected Joy-Cons completely die while outside the PowerSpot’s charging zone, it will take some time to revive them; about 1 day via the USB-C cable or about 4 days wirelessly and close to the transmitter. But then again, that’s a worse-case scenario as the company did specify that this is not what the device was designed for but rather for continual charging.

However, the thing is this Wireless Charging Grip functions only with the PowerSpot RF transmitter as they share the RF-based wireless power technology Powercast specializes in. The two accessories are luckily sold as a bundle, with an official price of $149.99 on Amazon. The transmitter is itself quite bulky and also of poor, plasticy build quality. Should it break or damage, you’ll have to find a replacement. The Grip does have a USB-C port for charging the internal battery if the transmitter isn’t available but you’ll need it to enjoy over-the-air charging.

Powercast could have opted for Qi charging as it is more universal and chargers are more easily accessible. The company might be working on an ecosystem of its own that work with the PowerSpot transmitter but not all of your devices will be compatible and you might already have a Qi charger lying around. About accessibility, the PowerSpot RF transmitter is approved only for the US (FCC) and Canada (ISED), and as such, initially the bundled grip + transmitter is only available in these countries.

Of note, you should not expect those Grips to charge while you are gaming because they have to be in very close proximity to the transmitter to charge. You could in theory move the transmitter close to your chair or even on your armrest but that's not ideal and definitely what this bundle was made for. The technology might not be there yet but having the Grips charge wirelessly while gaming would have definitely made for a more enticing experience. 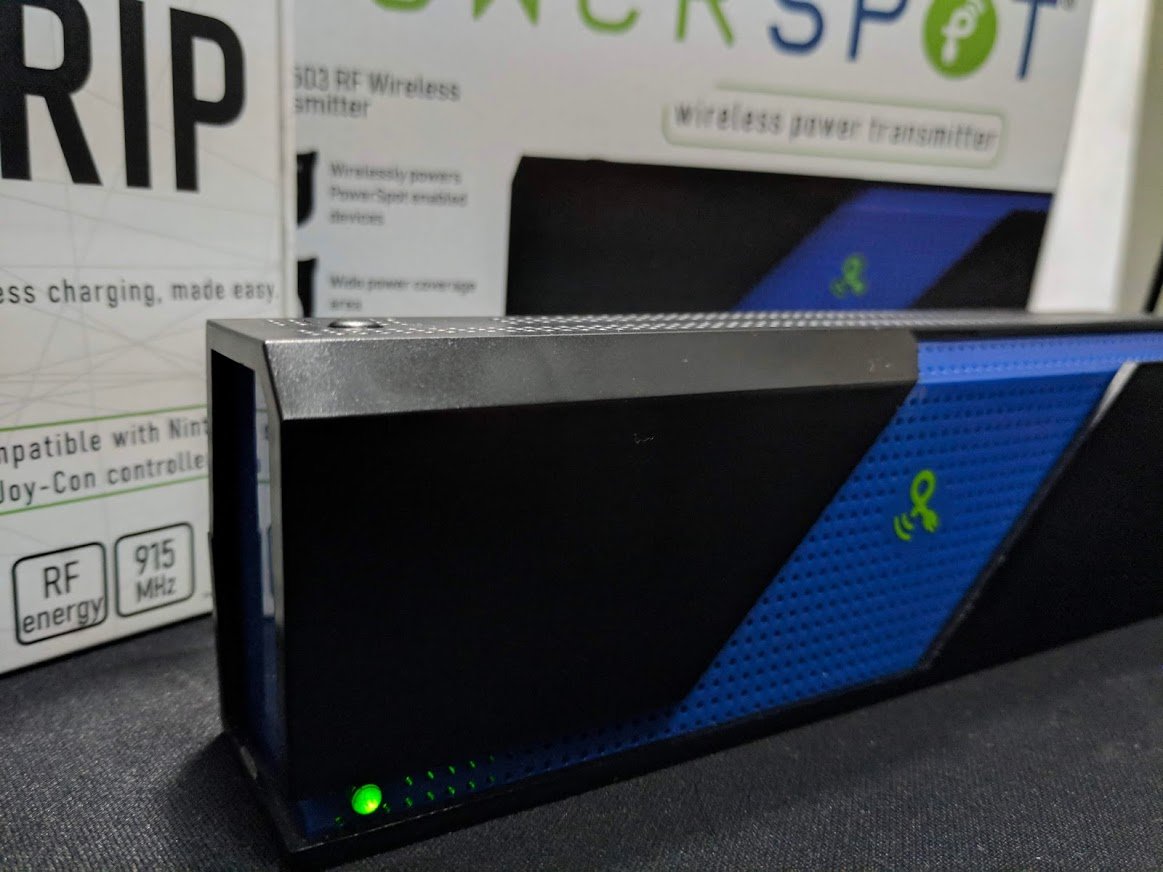 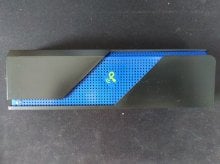 A hiccup I found with the design is that to enable wireless charging, you need to toggle a switch at the back of the Grip. This is not an issue in itself but the switch isn’t very accessible and requires a pin or ballpoint pen to toggle. This is far from being convenient; and it somewhat goes against this device’s own philosophy of making your gaming life more convenient and carefree. 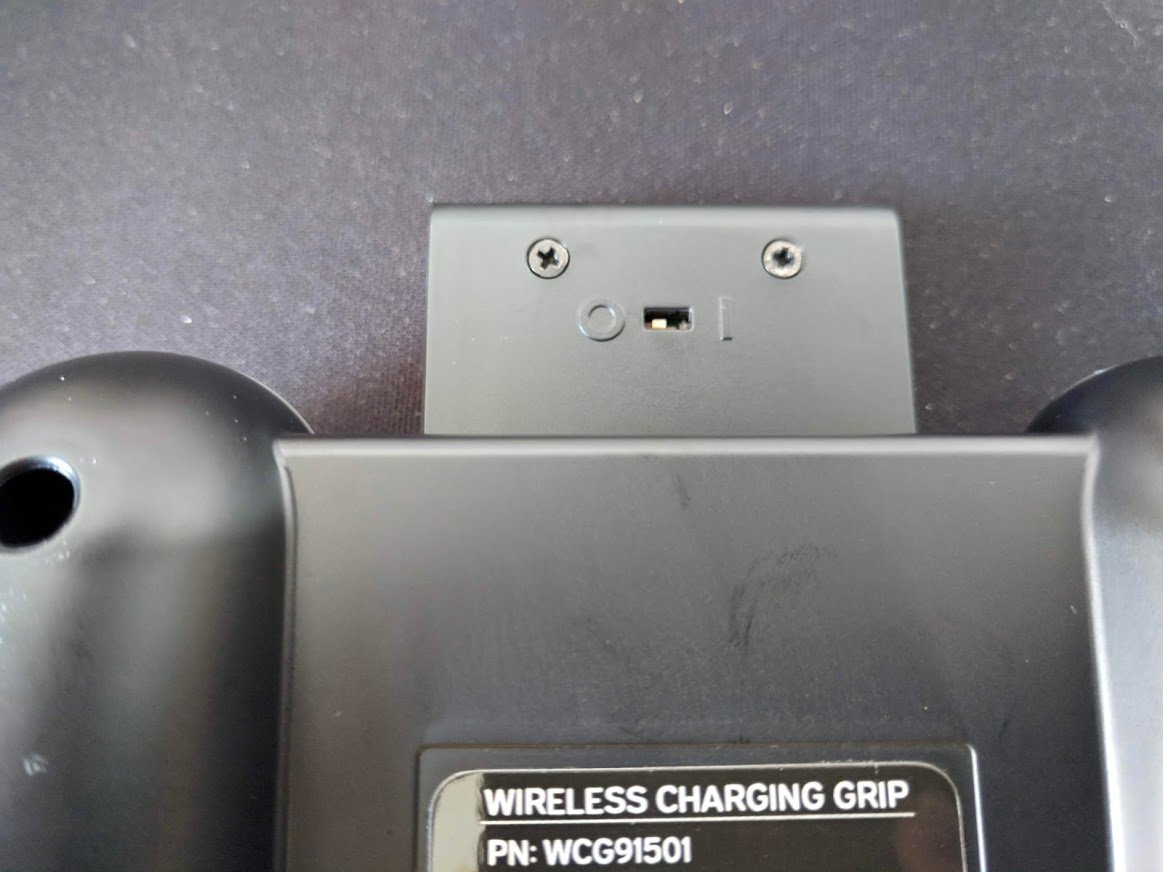 All things considered, the Powercast Wireless Charging Grip offers some nice improvements over the original Joy-Con Grip, save for the build quality and comfort for extended plays. The tech works and supplements the need to dock the Joy-Cons altogether. Considering that Nintendo’s own Joy‑Con Charging Grip are priced at $30 at the time of writing, it's hard to justify the $150 asking price of this wireless bundle, unless if you really want to skip using the Switch's dock to charge the Joy-Cons or just want some cool tech in a Switch accessory. The Powercast Wireless Charging Grip stills feels like a good proof-of-concept than a polished final product that justifies as a must-buy. But I'm looking forward to their future products as their tech shows promise. 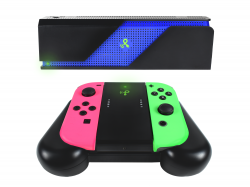