You can charge just about anything with the PowerBen, but is it reliable?

Coming from an ongoing IndieGoGo campaign is something that aims to be your one and only portable power source. The company, PowerBen, doesn't have much of a history to it, outside of having previously made a handful of similar products to the one we're looking at today, some of which with customer reviews that paint a pretty dubious picture as to their quality assurance. However, if there's one thing that I learned from living in Texas, it's that you need batteries and chargers and any similar thing, and lots of them. Who knows what the heck nature has in store, so I'm more than interested in something that could power my devices for days on end, should another disaster roll in.

The PowerBen 360W portable battery is something that, on paper, is an incredible concept. It's a portable charger, but one that goes pretty hardcore; first of all, it can output up to 360W, as the name implies, as well as having a massive 40,200mAh capacity battery. Amazingly, they tout all sorts of features, such as being able to charge four things at once, power an electric saw, being able to stack multiple ones to create a power station, and more. If you have the right adapters and an inverter, they claim you can even power a refrigerator!

My biggest concerns about the PowerBen are things that err on the side of caution, rather than issues I've actually run into. Having done some research on the brand, I've been unable to find much, if any coverage on their prior products. In fact, looking for reviews on YouTube result in videos from PowerBen advertising the charger in action, and...videos about Ben 10 cartoon reviews. I understand that having gotten my hands on a review unit early on, before it's actually out in the wild would mean there would be minimal coverage, but it doesn't give me much confidence. In fact, the only other review that I could dig up was a fairly short 5-minute first impression, with half the video dedicated to an introduction, not even showing the PowerBen until the halfway point, and even then, it's shown being used to charge a MacBook, once.

But, if you're going to buy a charger like this, it's most likely going to be for an emergency-tier use case. I'm emphasizing this, because I've lived through a life-threatening situation where a power bank totally and entirely failed on me. During Hurricane Harvey, I had a cheap power brick I'd gotten from China, one that hadn't cost me much, but had given younger-and-inexperienced-me sanctuary in knowing that if the power went off, I'd have something to rely on. Except, that no-name charger's USB port had just flat out not worked, when I needed it most, in a situation where I had no battery and was frantically calling 911 for some sort of evacuation. 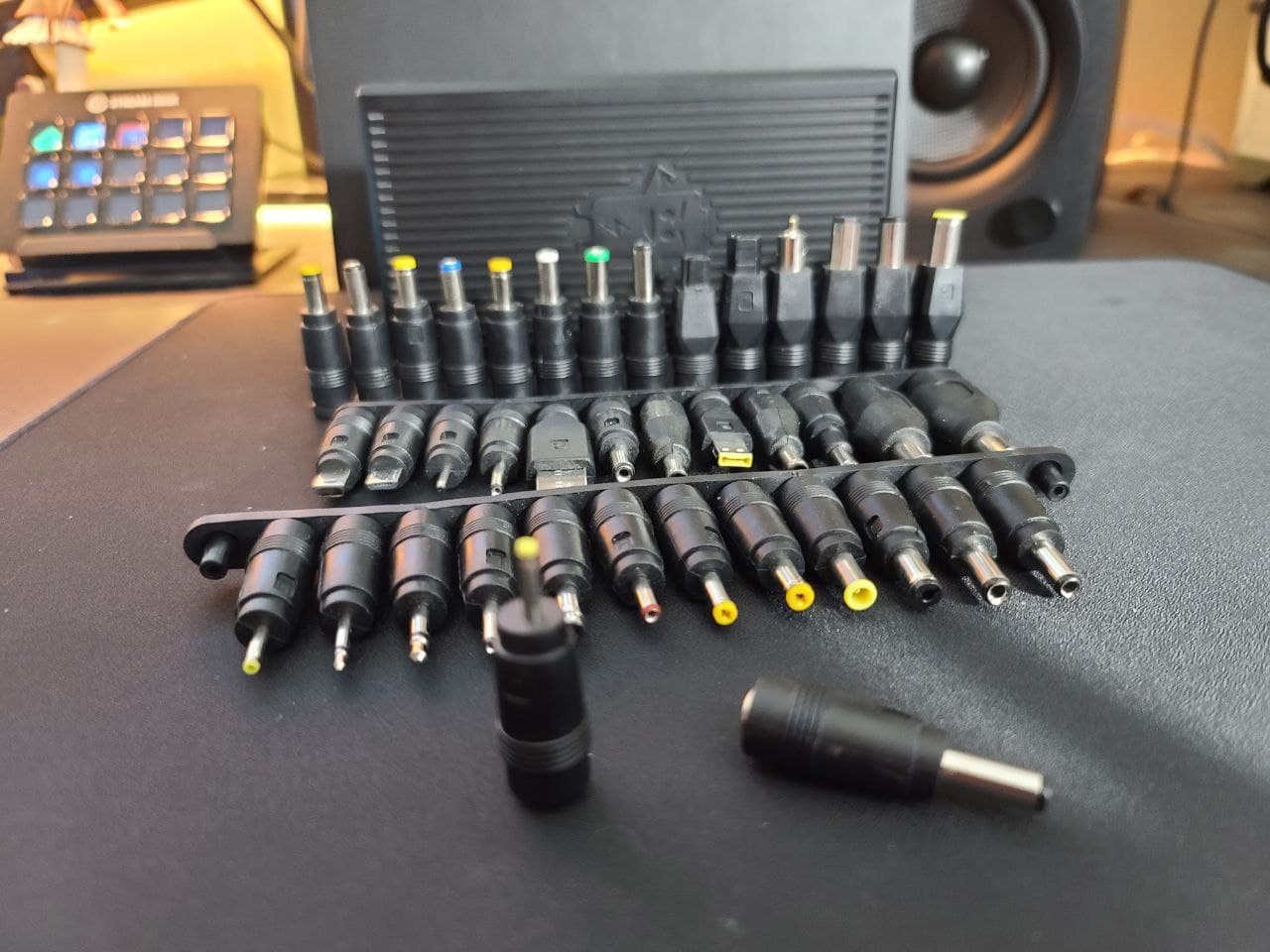 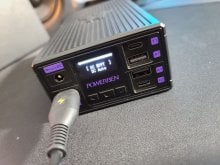 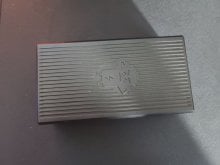 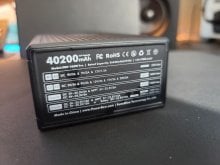 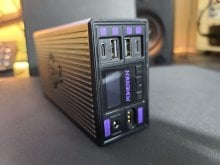 Part of, and really, one of the main goals of the reviewer's job is to make sure that the given product works. And in the month that I've had the PowerBen, I've tried it out with tons of different devices. From charging a clunky 2011 Dell laptop and a MacBook at the same time, to using it to keep just about any techy thing in the house at full battery level, the charger never once let me down. Last year, I bought a Dyson vacuum--one that you can use cordlessly--and its battery life is unimpressive, to say the least. Warily, I plugged it into the PowerBen, and bam, I could get as meticulous as I wanted with vacuuming, because it was being powered effortlessly. It also works amazingly with my Anker projector I reviewed recently, taking the projector's 3-hour battery (20,000mAh) life and adding another 6 hours on top of it, with the PowerBen still sitting pretty, not even having fully depleted after all that.

Since the PowerBen I got was an appraisal or pre-release version, it came packaged in a very plain box with just the device inside, meaning it didn't come with a manual or any form of instruction on how to use it. I was told that there would be something included in the final release, but I found it aggravating that there was no documentation or anything, outside of the scant few details on the official site, and the marketing campaign on IndieGoGo. At the very least, they printed the wattage output of each of the PowerBen's ports on the back of the unit--an appreciated detail. (Note: following the completion of the review, their campaign page actually has all this information now. Yay!)

The device comes with six ports on the front, each designed for different use-cases. There are two USB-A ports (referred to as A1 and A2), two USB-C ports (C1, C2), a SmartDC, and finally, a MagicDC. You can charge the PowerBen through any of the ports except the USB-A ones, which is pretty cool. Just as I feared, though, the A1 port was already looking pretty bad right out of the box; you can see pretty clearly that the USB-A port is uneven and tilted at an odd angle inside the housing of the PowerBen. Even so, the port works perfectly fine, but it doesn't bode well as to their quality control and the longevity of any of the connections if just one of them is looking bad before any use. However, it's worth noting that PowerBen offers a three-year warranty on their charger, in case something ever goes wrong 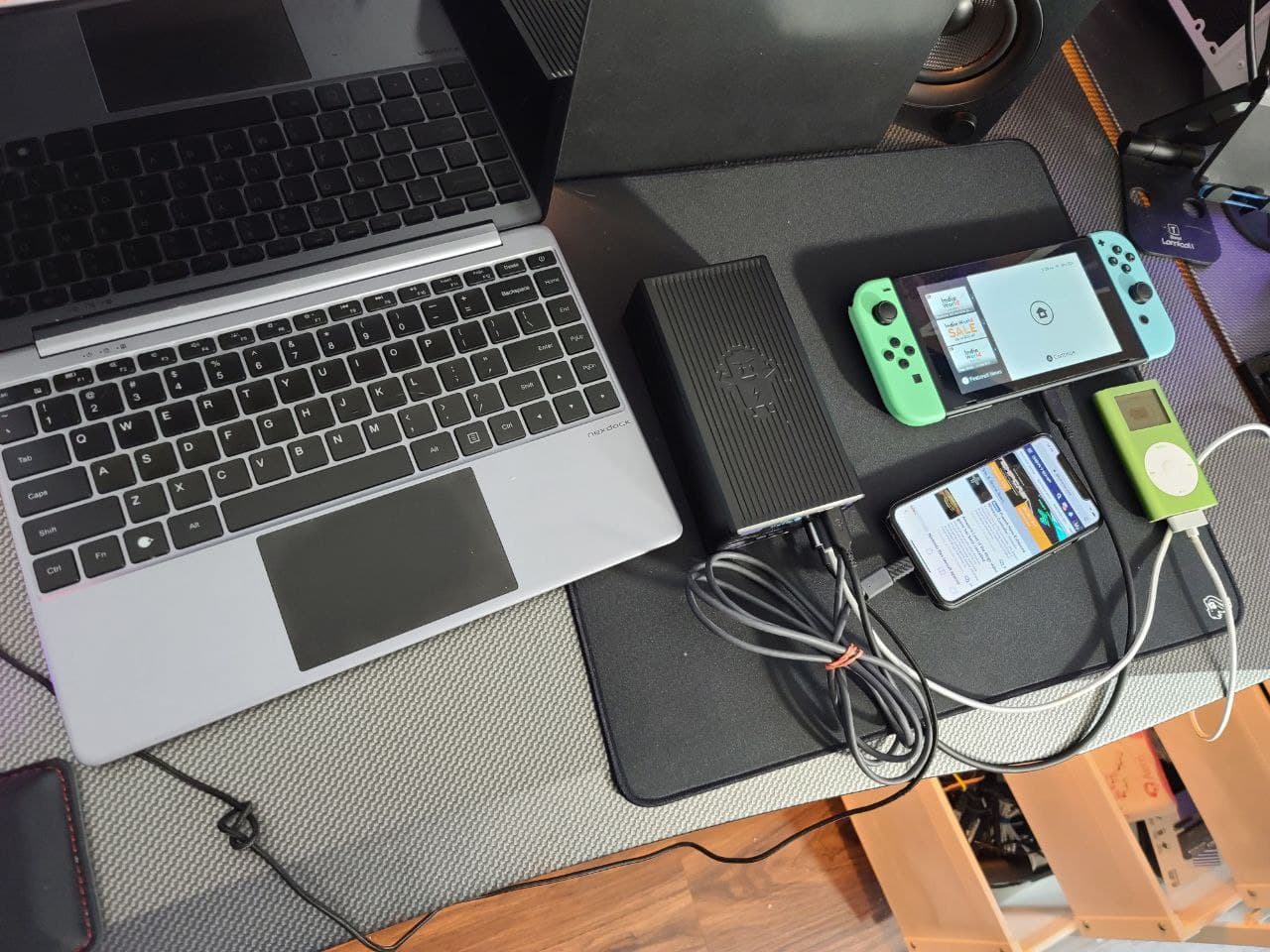 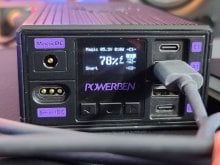 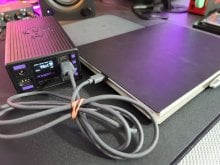 On the same side as all the ports is an OLED screen and a few buttons. Here, you can keep an eye on the wattage of all the ports, and how the PowerBen is charging everything. It'll tell you if something is fast charging through the USB-C, the rate of input/output, the current charge level, and more. This is pretty handy to have, and if you know what you're doing, you can manually adjust the voltage that it's providing to the port if you're using something that needs more juice.

I'm not the most technically inclined--well, at least when it comes to straight-up electrical stuff. So when I tried to test out the custom voltage option, trying to make it go higher than what would have been normal for what I was charging, I was met with a message on the screen that told me it had disabled the port as a short-circuit protection. If something goes wrong with whatever you're charging, or you've set it to an unsafe level, it'll detect that and protect itself and whatever is plugged into it.

Those that back the device are able to purchase a good few accessories for the PowerBen. There are inverters, which let you go all out with the charger, like if you ever needed to charge three phones, an iPad Pro, and a mosquito lamp, all at once. Or, in another provided example, using it to power a 1000W microwave, for some reason. I could actually see it being pretty useful if you ever wanted go out camping, or on a long car ride with your family. There's also a 100W USB-C cable, which is a smidge cheaper than comparable ones made by Anker or other brands. They provided a whole host of adapters, too, meant for nearly every laptop in the world. With these, I could plug in my dad's HP Netbook, my mom's HP laptop, and a USB-C lapdock; all of them were charging as if they were plugged into the wall, and could be used all at once, too, while still gaining battery percentage.

Even with all my skepticism, the PowerBen did everything it promised to, without so much as a hiccup. The build quality still concerns me a little--regarding the wonky USB-A port and how the plastic housing creaks sometimes when you hold it, but in terms of functionality, it made for the coolest portable charger I've used. I've never been able to charge two laptops and two phones at once with other backup batteries, but I could with the PowerBen. I could see it coming in serious use if you ever wanted to power a lot of things while out camping, or for using to cook your meals during a power outage--I'd still keep a more reliable charger on hand for serious emergencies, but I'm a huge fan of the PowerBen's utility. For those willing to take a chance on it, it's currently having a crowdfunding campaign on IndieGoGo, or you can keep track of the PowerBen to see what others think, and if someone more experienced ever does a teardown, to truly see just how reliable it is. 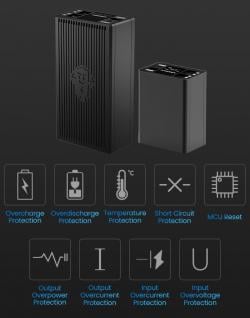